2021 shapes out to be a year full of memorable events. One of these moments will be Jeff Bezos’ last day as Amazon’s CEO. 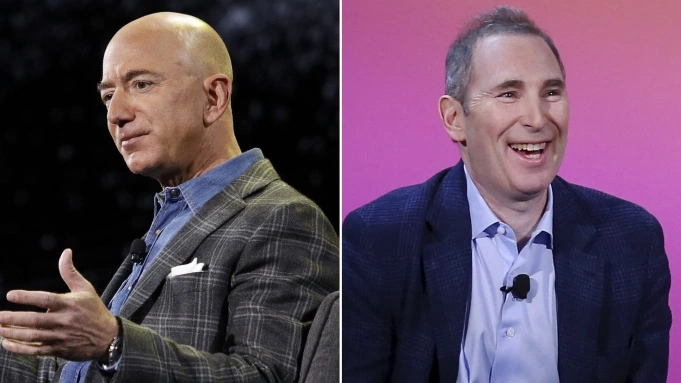 Jeff will give up the title in Q3 and Andy Jassy (Amazon’s leading cloud executive) will fill his shoes. Andy is 53 now and has been with the company since 1997, managing Amazon’s Web Services cloud team from its very beginning. (AWS (Amazon’s Web Services) continues to prove it is a crucial aspect of the establishment in terms of earnings.) Bezos mentioned that he will keep his involvement in the company’s key projects, however, he aims to concentrate more effort in his “Bezos Earth Fund”, “Blue Origin”, “The Washington Post” and “Amazon Day 1 Fund”. It’s understandable that Jeff wants to free some time. I mean, have you read the list of companies he has to pay attention to? It’s insane to expect one person to cover so many fields simultaneously. That’s why after the transition 57-year-old Jeff will hold the post of a ‘mere’ executive chairman of the company’s board.

Amazon’s existence dates back to 1994 and has turned the once online bookstore into a giant retailer with customers worldwide, which provides everything from A-Z (hence, the name “AmaZon”). People can buy everything from the website including tech, food, and streaming services. Thanks to Bezos in the director role, the company hit a $1 trillion market cap in January 2020 and its value is currently more than $1.6 trillion.

Amazon wasn’t vocal about its succession arrangements but, since nothing goes unnoticed in this day and age, some predicted that it would be Jassy or Jeff Wilke (the CEO of the company’s worldwide consumer business) who would be presented with the CEO’s place. You might remember that back in August of 2020 the company reported that its consumer boss will step down due to retirement in 2021.

In a letter addressed to everyone working in Amazon Jeff Bezos wrote: ‘‘I’m excited to announce that this Q3 I’ll transition to Executive Chair of the Amazon Board and Andy Jassy will become CEO. In the Exec Chair role, I intend to focus my energies and attention on new products and early initiatives. Andy is well known inside the company and has been at Amazon almost as long as I have. He will be an outstanding leader, and he has my full confidence.’’

The announcement about the upcoming change in Amazon was issued in the company’s earnings report for the fourth quarter of 2020. In the same report, Amazon revealed its first $100 billion quarter, which is also its largest quarter by revenue of all time ($125.56 billion in sales). The future CEO’s AWS also reported an impressive 28% increase in revenues for Q4. This doesn’t come as a surprise considering that more than 50% (or half) of Amazon’s profits come from AWS.

Amazon’s shares were up 1% in extended trading at the beginning of the month. Its stock has risen around 4% since the start of the year and has increased almost 70% for the past 12 months.

Brian Olsavsky (the company’s chief financial officer) acknowledged that the alterations in Amazon were approved and determined during a meeting between the board of directors. Brian added that Jeff Bezos will keep his involvement whenever Amazon needs him. He continued by disclosing that the CEO-to-be has a lot to offer but the company also requires a certain amount of stability amidst the transition.

While it’s normal that the new CEO might go through a lot of criticism, his main focus needs to remain on the company since he’ll then be the head of the business. Let us not forget the 16-month-long investigation about whether the corporate giants abuse their power, and whether the country’s antitrust laws need to be reworked to rein them in. After the investigation, in October 2020 a report by the House Judiciary Subcommittee on Antitrust was released. The report claimed that Amazon, Apple, Facebook, and Google enjoy monopoly power. Additionally, Amazon is also dealing with antitrust charges brought by the European Union’s Watchdog ‒ The European Commission ‒ based on the company’s use of third-party seller data. Colorado’s Representative Ken Buck (who’s also a part of the House Judiciary Committee) replied to a Twitter post, which shared the big news about the new CEO, that he “has some questions for Mr. Jassy”. That can’t be any good, right?

In his letter, Jeff Bezos also expressed: “As much as I still tap dance into the office, I’m excited about this transition. Millions of customers depend on us for our services, and more than a million employees depend on us for their livelihoods. Being the CEO of Amazon is a deep responsibility, and it’s consuming. When you have a responsibility like that, it’s hard to put attention on anything else.”

Many voiced their opinions about Jeff relinquishing his title, but other industry CEOs and competitors showed their support for Bezos and Jassy. Satya Nadella (Microsoft’s CEO) even commented on the fact that Jassy’s promotion was true ‘‘well-deserved’’.

In case you wanted to read the entire letter addressed from Jeff to Amazon’s staff, here it is:

I’m excited to announce that this Q3 I’ll transition to Executive Chair of the Amazon Board and Andy Jassy will become CEO. In the Exec Chair role, I intend to focus my energies and attention on new products and early initiatives. Andy is well known inside the company and has been at Amazon almost as long as I have. He will be an outstanding leader, and he has my full confidence.

This journey began some 27 years ago. Amazon was only an idea, and it had no name. The question I was asked most frequently at that time was, “What’s the internet?” Blessedly, I haven’t had to explain that in a long while.

Today, we employ 1.3 million talented, dedicated people, serve hundreds of millions of customers and businesses, and are widely recognized as one of the most successful companies in the world.

How did that happen? Invention. Invention is the root of our success. We’ve done crazy things together, and then made them normal. We pioneered customer reviews, 1-Click, personalized recommendations, Prime’s insanely-fast shipping, Just Walk Out shopping, the Climate Pledge, Kindle, Alexa, marketplace, infrastructure cloud computing, Career Choice, and much more. If you get it right, a few years after a surprising invention, the new thing has become normal. People yawn. And that yawn is the greatest compliment an inventor can receive.

I don’t know of another company with an invention track record as good as Amazon’s, and I believe we are at our most inventive right now. I hope you are as proud of our inventiveness as I am. I think you should be.

As Amazon became large, we decided to use our scale and scope to lead on important social issues. Two high-impact examples: our $15 minimum wage and the Climate Pledge. In both cases, we staked out leadership positions and then asked others to come along with us. In both cases, it’s working. Other large companies are coming our way. I hope you’re proud of that as well.

As much as I still tap dance into the office, I’m excited about this transition. Millions of customers depend on us for our services, and more than a million employees depend on us for their livelihoods. Being the CEO of Amazon is a deep responsibility, and it’s consuming. When you have a responsibility like that, it’s hard to put attention on anything else. As Exec Chair I will stay engaged in important Amazon initiatives but also have the time and energy I need to focus on the Day 1 Fund, the Bezos Earth Fund, Blue Origin, The Washington Post, and my other passions. I’ve never had more energy, and this isn’t about retiring. I’m super passionate about the impact I think these organizations can have.

Amazon couldn’t be better positioned for the future. We are firing on all cylinders, just as the world needs us to. We have things in the pipeline that will continue to astonish. We serve individuals and enterprises, and we’ve pioneered two complete industries and a whole new class of devices. We are leaders in areas as varied as machine learning and logistics, and if an Amazonian’s idea requires yet another new institutional skill, we’re flexible enough and patient enough to learn it.

Keep inventing, and don’t despair when at first the idea looks crazy. Remember to wander. Let curiosity be your compass. It remains Day 1.