Hello, Guys! Boston Dynamics has news for you: your door will no longer save you! News about Spot Dogs sale makes it clear that they have evolved and can now make their way to homes. Yes, you understood everything correctly. Now people can buy fully working and functioning robots. The events of the Terminator movie will soon become a reality!

Boston Dynamics began open sales of its Spot robot ‒ the retail price for every item will be $ 74.5 thousand. Previously, companies could rent devices, but now they will be able to purchase their own robot. 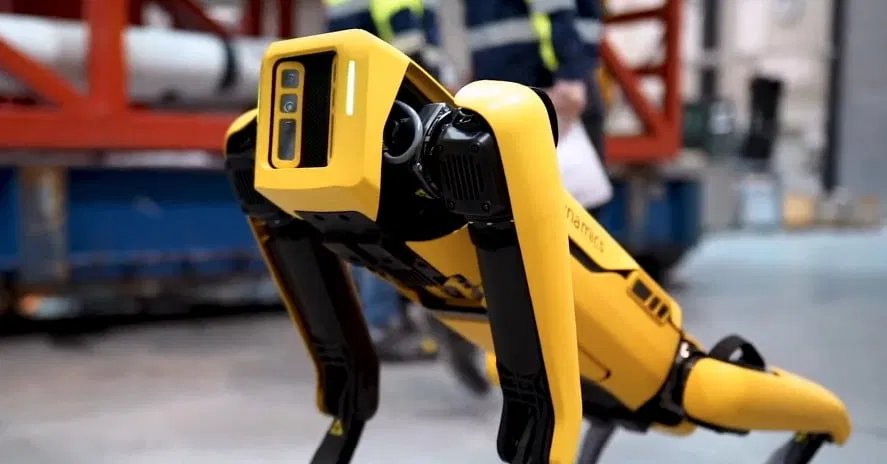 This is a very large amount for one robot. For the money you can buy, for example, the new Tesla Model S. However, Boston Dynamics says that for this price, buyers will receive the most advanced mobile robot in the world. Because robot can move around any area where people themselves can walk.

“Spot Explorer is designed for developers looking to learn how flexible mobile robots can be adapted for tasks ranging from industrial inspection to entertainment. Spot is ready to go, right out of the box. Thanks to its flexible API and payload, Spot can be customized for various applications,” says the Boston Dynamics store page.

It is noted that the robot can only be purchased in the United States. Representatives of companies from other countries are invited to contact the Boston Dynamics sales department to find out about rental options. In addition, only legal entities can buy Spot so far.

“Now we mainly sell robots to commercial and industrial customers. Most often, they adapt Spot to work that is either dangerous for humans or too routine. For example, patrolling the factory building and taking photographs of the same places 40 times a day,” said Zach Jakovsky, lead robot engineer at Boston Dynamics. 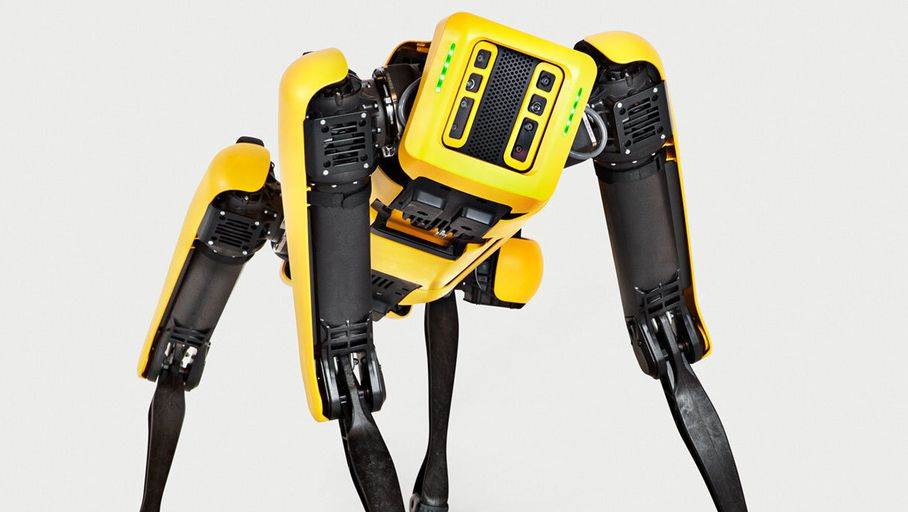 Open sales of the robot became possible after the company’s engineers released a software update for Spot 2.0. This software update introduced advanced autonomy and navigation features. One of them was the remote control. A potential version of the potential buyers will be able to try the demo version of this option on a remote test drive of the robot. According to the vice president, this will be able to solve the problems caused by the pandemic of the coronavirus infection COVID-19, due to which customers cannot personally come for Spot to the office of the company.

The Verge journalist himself was able to test this function by controlling a robot in Boston from London. The remote control allows you to select a view from any of the external cameras on the robot body and “steer” it use the WASD keys. The robot executes commands with a delay of several seconds, but the program interface is simple and clear. In addition, in the event of a rollover, Spot may roll over as directed by the pilot with a single button.

At Boston Dynamics, they promised that they would work to modernize the robot based on the feedback of new customers.

In the usual version, the robot costs $ 74.5 thousand, and the delivery time is six to eight weeks. Together with the robot, you can purchase additional sensors and computing units, you also need to leave a refundable deposit of $ 1 thousand. In addition to the robot, the kit includes two battery packs, a charger, an operator console, covers, and also software.

The company said that this year a robotic arm will be available, which will open up a number of new applications. Spot will be able to collect items, open doors, turn valves, and press switches. 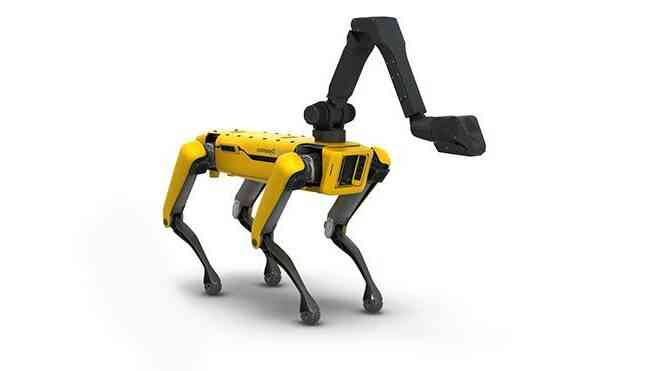 To date, the company has leased about 150 of these robots. And the company has already stated that due to the pandemic, COVID-19 will not be able to fulfill the plan for the production of 1000 Spot this year.

What Can Spot the Robot Dog Do?

Initially, the company developed four-legged robots for the military. However, after testing, they abandoned the idea of ​​using such robots, and the creators switched to civilian development.

Spot is the first Boston Dynamics commercial robot. The current version of which was introduced in 2017 (then it was called SpotMini). The legs of the robot are driven by electric motors, it is equipped with omnidirectional cameras that provide a circular view. On the back of the robot, there is an adapter on which you can fix the manipulator (robot arm) or any equipment of other developers.

They got whole streamlined bodies, no longer buzzing, and their movements are filled with grace. Unlike its prototypes. Spot has a smaller size and a smoother shape, which allows it to easily move in narrow stairways and corridors.

It is known that in the head of a robot there are not only tasks from the main computer that it follows, but there are also “reflections” related to interaction with the environment. And all this works in real-time!

Robot sees a surface map with areas of different colors and understands where you can step and where not, just stopping occasionally for a more thorough study of complex structures. The robot “from head to toe” is dotted with sensors, which makes its movement measured and error-free.

The second type of robot has a robotic arm that stabilizes the position in space well. In the end, it has a camera and sensors. It further helps the robot easily make the right decisions in which direction and at what speed to move, as well as inspect structures from close range.

The robot dog also has an automatic and manual navigation system. Its developers assure that their creation will be useful both at home and in the office. What exactly, they did not say yet, but the prototype of this robot brought the owner beer.

Not so long ago, Boston Dynamics shared a video in which the yellow-faced Spot rhythmically moves to the song Uptown Funk. Now everyone will definitely want this for themselves. It remains only to convince your loved ones that you really need a dancing robo-dog.

Initially, dances were considered as ordinary advertising. But entertainment is gradually turning into one of the main areas of its application. By the way, Boston Dynamics is already collaborating with Cirque du Soleil to perhaps someday use the robot on the circus stage. Boston Dynamics is focusing on the use of its robots in closed and controlled rooms. So it is unlikely that in the near future you will see them on the streets. The company also hastened to declare that it was not interested in Spot being used for military purposes. Although it itself collaborated with the US Department of Defense.

In addition to incendiary dances, this miraculous beast can do much more: walk around the house, for example, and slip on a banana peel. By the way, at the moment this is the quietest robot in the range of Boston Dynamics.

Rocos, a New Zealand-based robotics company, shared a very entertaining video. It shows how a robotic dog … grazes sheep on grassy pastures and helps with agriculture. This video, which you can watch, is a clear demonstration of what ultimately Rocos and Boston Dynamics plan to achieve as part of the partnership.

As part of the collaboration, Rocos plans to develop a software platform that will allow you to remotely control Spot and achieve the necessary level of automation. So that robots can work together seamlessly and each one performs its tasks for the benefit of agriculture. 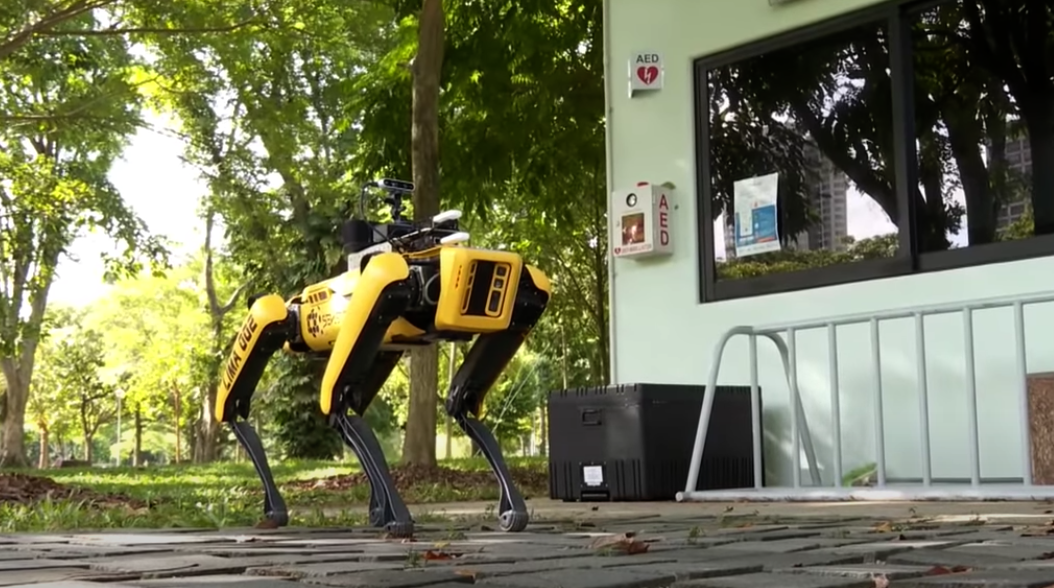 Rocos believes that Spot robots can, among other things, harvest crops, check crops, or create maps in real-time. Now that Spot has become more agile. It can easily travel over rough terrain and carry infrared and LiDAR cameras ‒ all these features can be realized. At least Rocos are confident and willing to try.

According to Rocos, using robots in agriculture can increase the efficiency of food production and the accuracy of yield estimates, while reducing the burden on workers.

The four-legged robot Boston Dynamics Spot is constantly learning some new tricks. For example, not so long ago, one of the robots helped remotely examine patients suspected of having COVID-19. And the other patrolled parks in Singapore, monitoring compliance with a safe distance between visitors. 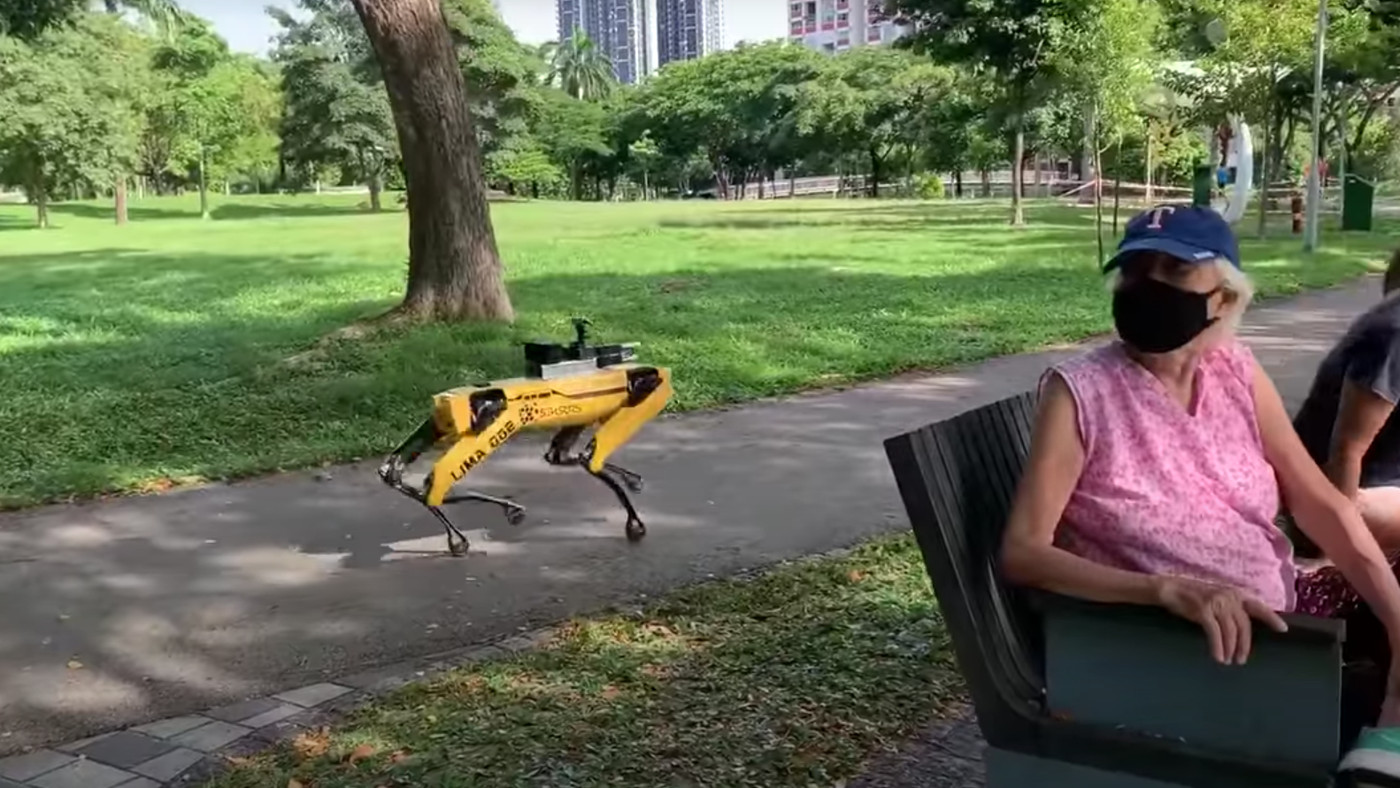 The four-legged dog-like robot Spot has become available for order to a limited number of development companies. Ordinary buyers will not be able to buy the creation yet.

Unlike traditional automation systems and industrial robots, Spot is not a standalone machine. He is “stupid” like a toaster, but such a “toaster” can easily climb a mountain of human bones to track you and build it into a grand scheme developed by the great artificial intelligence. If, of course, the developers are able to create the necessary procedures.

According to the manufacturer, Spot is able to overcome difficult routes, including rocky terrain, stairs, thickets, and hazardous industrial areas. Its speed is 1.6 m / s (5.76 km / h), and the battery lasts for 90 minutes. At the same time, the robot is capable of carrying a load of 14 kg. Built-in cameras provide 360​​° visibility. IP54 water and dust protection are provided, and the range of operating temperatures varies from -20° C to 45° C.

So if you want to have an army of obedient robots, you will of course have to wait for more large-scale sales and additional utilities like the “kill people” mode. But in general, all this is not as far as we would like.