Elon Musk took a step back in the richest person race. Amazon CEO Jeff Bezos was welcomed to first place once more and specialists believe that the reason for Elon’s loss is his Bitcoin (BTC) venture. 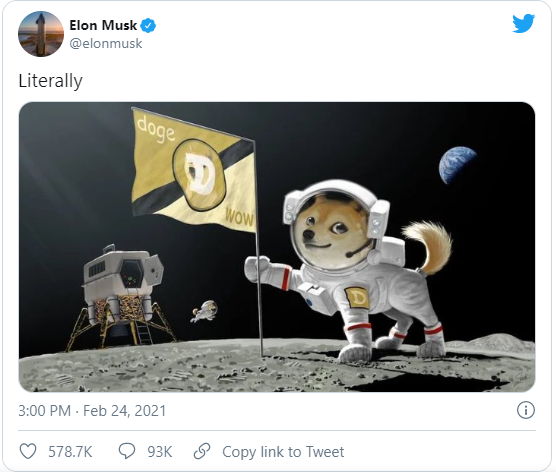 By the end of February, SpaceX’s CEO was no longer the wealthiest individual in the world. He parted with more than $15 billion from his net worth in the time frame of only 24 hours. This happened following Tesla’s shares going down by more than 10% after the company’s investment in Bitcoin currency amounting to $1.5 billion.

Because of the current drop, Tesla plunged 25% in a single week, as reported by Forbes. This means that Elon’s establishment suffered a $215 billion downturn in market capitalization.

To get an accurate idea of the situation, it’s worth mentioning that before the electric vehicle company invested in BTC, its market capitalization added up to $844 billion, compared to its current worth of $540 billion.

This decrease is partially the result of a general US market drop, however, some are convinced that the reason could also be Tesla’s Bitcoin investment.

What went down with Elon, Tesla, and Bitcoin?

Back on February 8th, Tesla let in that it bought $1.5 billion worth of Bitcoin. (It also shared that it hopes to begin accepting Bitcoin as a form of payment for their products soon.) This led to BTC jumping to its highest point, reaching more than $58,000 per coin. Nevertheless, this only lasted a couple of hours, and the currency sunk back to $53,000, which brought about losses to all investors.

Some, nonetheless, suppose that BTC’s plunge could have been the result of one of Elon’s famous tweets. The billionaire went on Twitter to suggest that Bitcoin’s price ‘‘appears to be high’’, which made some people question whether his tweet is what made the currency’s price lower lately. Specialists find that the CEO himself ‘stood up’ by scrutinizing an asset in which he had just invested.

The battle between Elon Musk and Jeff Bezos for the top spot at the rich person pyramid was exciting for many because the two of them took turns holding the first place in the Forbes Billionaire Rankings.

Tesla Inc’s stock faced more losses on Monday, March 8, and is presently down by a third from its January record high. That means this is the third time in a year that Tesla’s shares have shifted significantly.

The company’s market capitalization fell by $300 billion since its January 26 record of $550 billion, placing it behind Facebook, which it surpassed back in December after being added to the S&P 500.

Tesla’s stock declined by 4% on Monday, meaning it is down 35% from January 26. Technology and growth stocks have generally decreased since February 12, when Nasdaq closed at its latest record peak. Still, Tesla’s decrease in that period was worse than other Wall Street representatives. The company is currently down close to 30% since February 12, reducing its gain in the past six months to 43%.

Tesla’s stock gained 743% in 2020, propelling it to number five on the list of most valuable companies on the stock market. After losing 15% this year, Tesla’s stock has since fallen to seventh place, behind Facebook and Berkshire Hathaway. Elon received four grants to buy 8.4 million Tesla shares in 2020, while each of those was worth $5 billion at Friday’s closing price. Musk will probably receive three additional options grants this year, each as large and as lucrative as those he received in 2020. Let us also not forget that he still hasn’t sold any of his Tesla shares.

Will Elon come back to the top spot at least one more time? Only time can tell. Until then, we’ll be observing the billionaire’s businesses.