How Does Bitcoin Mining Work?

Yes, Bitcoin is still here, “living and prospering” and giving entrepreneurs worldwide an opportunity to make a good living on either investing, analyzing or mining crypto. Cryptocurrency mining, in particular, has become a real sensation in the realm of technology/commerce enthusiasts. Thus, bitcoin miners get great profiting prospects and even draw huge regular investments to “extract” highly-desired bitcoin tokens.

The important thing, however, is that mining isn’t really for everyone. When it comes to efficiently procure bitcoin, there are many specifics and pitfalls. So if you have any thoughts in this direction, it’s best that you go through all the underlying properties of the whole thing. That being said, make sure to check with the dedicated features of bitcoin and how it works.

The Basics & Reasons for Mining Bitcoin

The main goal of all mining activities is to acquire highly expensive bitcoin tokens. FYI, these crypto tokens aren’t exclusive to mining . They can be traded on specialized platforms, purchased for fiat money, or even earned through participating in ad campaigns and various online activities (blog posting, playing games, etc.). However, it is mining that best allows setting up the regular flow of good crypto income.

Why exactly do miners and various other crypto getters receive such valuable assets in return for their effort? The thing is that bitcoin tokens act as an incentive that contributes to the overall development of the system. These virtual assets stimulate the whole Bitcoin network. More precisely put, they motivate investors and experts to keep the network maintained, supported technologically and financially, and monitored.

Based on its own authentic blockchain system, bitcoin is contributed to by numerous people from all around the globe. It, basically, depends on people’s efforts and doesn’t have any government facility or bank governing it. This makes it a so-called decentralized type of crypto.

Mining bitcoin ‒ how it works

What do bitcoin miners do exactly? They, basically, act as dedicated auditors by checking and verifying made transactions passing through the system. Originally, the “founding father” of bitcoin ‒ Satoshi Nakamoto. He came up with the idea that regular users can contribute to the system, monitoring its safety by detecting user fraud and eliminating the double-spending issue

What is double-spending? See, unlike the physical money, which if spent once are spent for good, digital bitcoin tokens can be copied. Looking for elaborate shortcuts to get rich quick, many dishonest users have tried and continue trying to duplicate their assets and spend one bitcoin twice.

Users can help efficiently verify the variability of digital coins by checking them for any possible identical characteristics. Almost like if you were checking whether two bills that the customer gave you at the store had the same serial number or not. Almost, we’ll elaborate on this topic a bit further down the article. 1MB worth of wealth

How many data does mining use? To get a bitcoin reward (which varies depending on certain factors, see below), a miner has to verify a 1-megabyte volume of transactions. At that, different transactions can pack absolutely varying volumes of data. So either one single transaction or a thousand transactions can bring you the much-desired 1MB.

This bar was initially set by Satoshi Nakamoto. By the way, this decision is argued a lot by the global bitcoin community. Many simply believe that if more data could be covered, then all the processing and verification of transactions by the system would speed up dramatically.

Once you get 1MB worth of verifications though, you only pass the first stage and become submitted for the potential reward. After that everything is mostly on your luck as you need to be the first among miners to generate a proper hash.

Hash is the result of solving a complex numerical problem via computing hardware capabilities. Basically, your computer generates thousands of combinations to compose a 64-digit hexadecimal number. You may be thinking “the more processing power the hardware has, the more are the chances to succeed, now I know exactly how to find a bitcoin of my own, right?”.

In practice, everything mostly depends on sheer luck ‒ see, during the hash generation procedures, the computer engages in plain guesswork. Thus, thousands of computers from all over the world have fair chances to generate the proper hash faster than others. And if you are the one in luck, you finally get a much-valued bitcoin asset.

How does the hash generation procedure exactly take place?

All bitcoin transfers are recorded in the public transaction log. They are passed along the chain to miners. Their job is to pick out a single hash from millions of combinations, suitable for all new transactions and a secret key, which will ensure that the miner receives a reward of 25 bitcoins at a time.

Many “hustlers” fight for the reward simultaneously, trying to be the first to guess the matching hash. As soon as the hash is guessed, the block with all transactions is closed. And miners proceed to the next opportunity.

This is how the much-desired result of the mining calculation looks like. There are 46 digits in total ‒ both numbers and letters. It is called hexadecimal because the number 16 (hex) is the base for multi-digit numbers that have 16 possibilities for them.

However, considering that there are only 10 possible single number names (zero-nine), letters are used to fill in the gaps for six more symbols. Every hexadecimal number starts with zeros and can have up to 63 of them.

What miners do is try to match the so-called target hash created by the system. They use powerful calculating equipment to generate nonces or “numbers only used once” to eventually hit the target and be the first to get a token.

Mine & Boost the Treasure

Let’s get back to the topic of mining activities contributing to the overall operating success of the system. One other thing you significantly contribute to while mining for crypto goods is bitcoin circulation. Without miners, no new available currency in circulation would appear whatsoever. The starting pool would exist, yes, but there would be only so many tokens to mine.

That’s why you may as well call miners digital currency miners. Right now, there is some 19 million bitcoin in the mining pool. So the next question is ‒ are these tokens neverending or what? Is there a limit to the pool. Yes, in fact, there is: bitcoins are to be capped when the total existing supply reaches 22 million.

However, the system works in such a way that the total rate of bitcoins to be mined is gradually reduced. Coming from that, it will take about 120 years for the mentioned cap to come into effect and bitcoins to be completely depleted.

On top of all that, being an active miner, you also get to have your say in certain changes taking place in the network protocol of Bitcoin. This is definitely a privilege to be reckoned with.

Mining pools are established for a large audience of eager miners to gather and join their mining forces. You may join in and increase your chances of getting mining profits. Profits are shared equally among all participants in such pools. Basically, it is a community that is focused on extracting reasonably-sized rewards via massive effort.

How Much Can I Earn On It?

Due to the fact that bitcoin regularly rises in value, rewards stay dynamic as well. In 2009, for instance, you could get 50 BTC from successfully mining one block of data. But as the crypto got more expensive over time, in 2012 the reward was halved to make 25 BTC. Then it reached 12.5 BTC in 2012 and is expected to be halved once again in 2020 to make 6.25 BTC. Thus, being regularly halved, all the earning and mining prospects can stay within reasonable bounds.

For the matter at hand, bitcoin currently costs $9,144, which means that by successfully mining one block and getting 12.5 BTC, you would honestly earn $114,300. Pretty nice bargain, ain’t it? 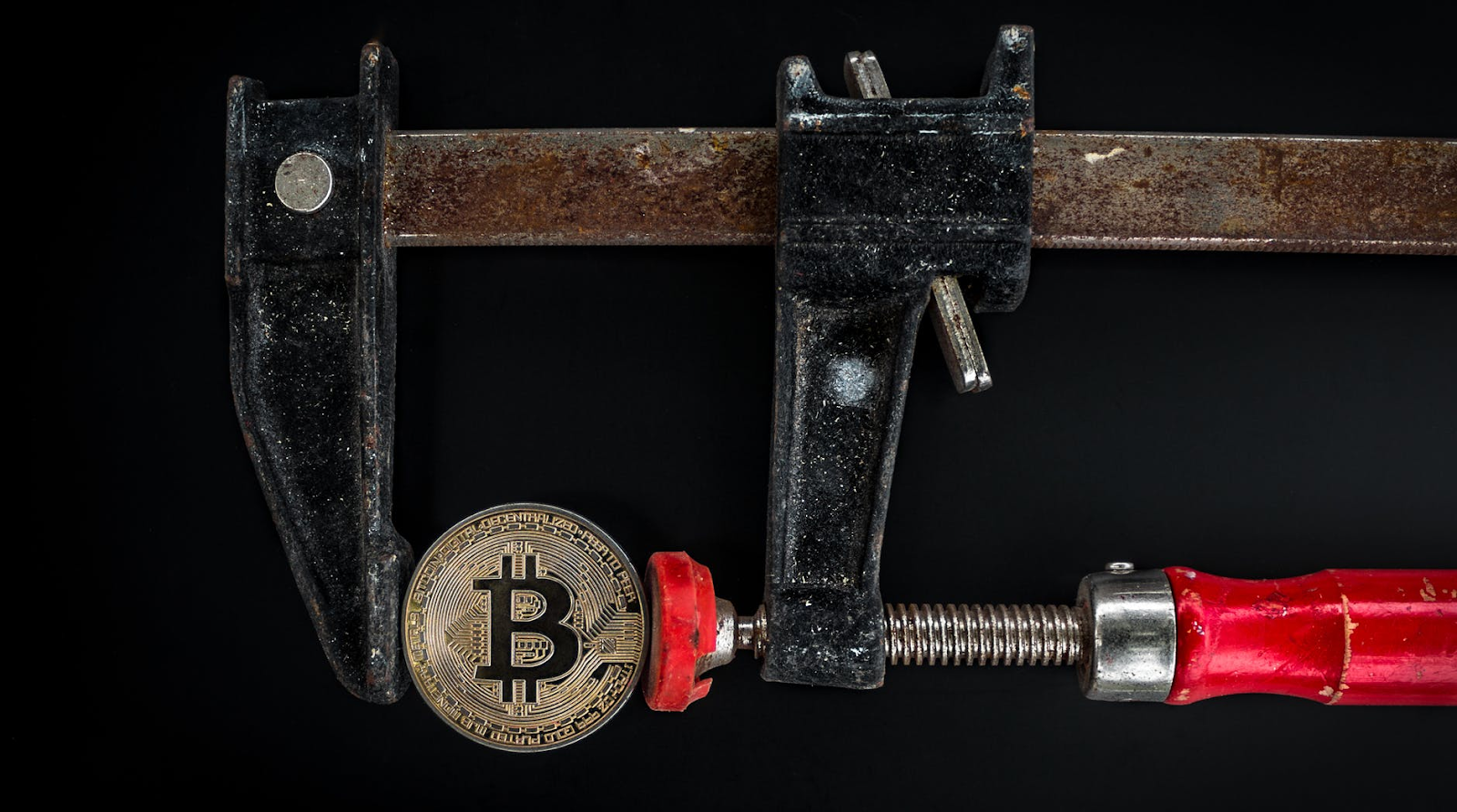 What Tools Do I Need to Mine?

A couple of years ago, a regular PC was enough to kick off your mining career. With growing appetites and progressing crypto pool, however, things have changed. The system becomes more complex year by year. A bitcoin block is produced once in 10 minutes to keep the whole blockchain-based construction afloat. And the mining difficulty to get those blocks fluctuates based on the force of input.

Suppose, millions of mining rigs are working around the clock to be the first at solving the hash problem. The effort must be stimulated properly by the system, which is why the hash calculation difficulty is adjusted once every 2,016 blocks are generated (approximately every two weeks).

Your regular mining rig must be based on a powerful graphics processing unit (GPU) system or specialized application integration circuit (ASIC). A more affordable and very popular option is to purchase separate graphic cards and redirect their calculating powers to the mining cause. This isn’t a very efficient way to engage in the activity. However, and you may risk spending more on equipment than factually earn.

Getting A Grasp on Bitcoin

The nuances of how bitcoin performs both as a full-on digital ecosystem and an intricate type of crypto are pretty complex. It won’t be easy to wrap one’s head around the basic principles from the start, be sure about that.

To put it simply, matching the target hash number is as though you had a secret number and you needed to be first among others to guess it or the number that is lesser. The whole affair becomes that much more difficult due to the required huge hexadecimal number to be guessed in its entirety by one miner among the huge community of “busy bees”.

Everyone gets the same chances so it may as well be your high-time to try this peculiar way of earning yourself. And if you need more details and clarifications for any related topic, how to mine AntShares ‒ bitcoin assets on a specialized platform, for instance ‒ we’ll be glad to help you out.