Bitcoin has been one of the most discussed topics in the past couple of years. Many have managed to become extremely wealthy with the help of cryptocurrency, which has increased with great rates and become amazingly popular. The question today is ‒ how are the people with forgotten passwords to their digital wallets doing?

Stefan Thomas is one of those unlucky people. He’s a programmer born in Germany, who’s currently living in San Francisco. He also has only two tries left to remember the passcode for his Bitcoin, which comes up to around $220 million. Once he figures out his password, the system will allow him to unlock IronKey (a hard drive, containing private keys to a digital wallet accommodating 7,002 Bitcoin). The issue is that years ago Stefan lost the paper where the passcode for his Ironkey was written. IronKey, however, only allows 10 tries before it closes up and encrypts everything inside for good. Mr. Thomas has experimented with eight of his most usual and often used passwords. Nevertheless, he didn’t face any luck. He shared: “I would just lay in bed and think about it. Then I would go to the computer with some new strategy, and it wouldn’t work, and I would be desperate again.”

Bitcoin has been on an interesting and impressive adventure in the last eight months. It has provided a lot of wealth to a lot of people in a very brief period. What’s also important is that all this happens as a worldwide pandemic (COVID-19) disrupted the economy everywhere. The price of Bitcoin has been changing throughout, but it’s still up more than 50% from December when it topped its prior all-time high of about $20,000. 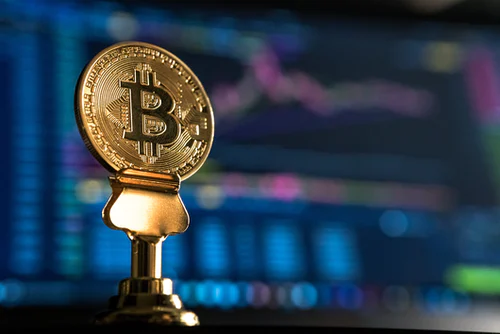 This, nevertheless, also means that as well as people making money, there are also people losing money on Bitcoin and its extraordinary currency nature. Many are locked out of their account because they can’t remember their keys (or have misplaced them). These unfortunate individuals have been mere observers as the price has gone up and down rapidly. They probably feel helpless and it’s understandable as they’re technically not allowed to cash in on their digital wealth. Let’s not forget, this is, after all, the risks you deal with when it comes to currency of this type.

To gain some perspective of how many people go through this experience with Bitcoin, let’s put it this way: there are 18.5 million Bitcoins currently. The cryptocurrency data firm Chainalysis reported that about 20% of those (or around $140 billion worth) are in ‘stranded’ accounts. There are naturally businesses out there that aid Bitcoin owner in this misfortune. Wallet Recovery Services (WRS) is one of them and what it does is try to find lost digital keys for various currencies. WRS stated that the firm received 70 inquiries in only one day (three times the number of the previous month) from users who needed assistance in accessing their wealth.

Locked out of their wallet Bitcoin users complain of constant irritation, on account of the unsuccessful guesses, as they attempt to enter their account and consequently recover their wealth. A lot of them have been Bitcoin owners ever since the currency was initially released back in 2009 ‒ almost a decade ago. Back then none of them probably assumed that this particular currency would expand the way it did and their tokens would be of value.

Brad Yasar (a Los Angeles entrepreneur with a few computers holding thousands of Bitcoin he mined back in the early days of the technology) shared: “Through the years I would say I have spent hundreds of hours trying to get back into these wallets.” The Bitcoins he mined are now worth hundreds of millions of dollars. However, the entrepreneur lost the passwords to his account years ago and has hidden the Bitcoin hard drives out of sight in vacuum-sealed bags. Brad added: “I don’t want to be reminded every day that what I have now is a fraction of what I could have that I lost.”

Bitcoin is very unconventional when it comes to technological underpinnings. This is what separates it from regular money. That, and its high risk-high rewards characteristics. The case with usual bank accounts and online wallets is that banks and financial companies (e.g., PayPal) can provide account owners with passwords to said accounts with the possibility to reset your lost password. Bitcoin, on the other hand, doesn’t have a company to provide or store passcodes. Satoshi Nakamoto (Bitcoin’s creator) has mentioned that this currency’s main aim was to allow anyone worldwide to open a digital bank account and hold money in it, so the governments couldn’t cease or regulate it.

What makes Satoshi’s vision achievable is the very structure of the currency. It is managed by a system of computers, which comply with software consisting of all the rules for Bitcoin. This software incorporates an algorithm that allows the creation of an address and a private key, both available and known only by the owner and creator of the wallet. The software also permits the Bitcoin network to validate the correctness of the passcode to allow transactions, without revealing the password itself in this process. The system lets anyone create a wallet, without requiring registration through a financial institution or any identity check.

As a result of this, Bitcoin has become a place where a lot of criminals roam about. The cryptocurrency is favored by criminals on account of the ability to handle money without exposing your identity. The currency is also trendy in countries like China and Venezuela since these countries’ authoritarian governments tend to close down or raid conventional bank accounts. Be that as it may, the main flaw of the Bitcoin structure is the underestimation of how easily account holders can lose or forget their passwords.

Diogo Monica is the co-founder of Anchorage (a start-up that aids companies in dealings with cryptocurrency security). Diogo founded the company back in 2017 after assisting a hedge fund in entering one of its Bitcoin wallets. He states that “Even sophisticated investors have been completely incapable of doing any kind of management of private keys.”

The programmer Stefan Thomas revealed that he chose Bitcoin partly because of this particular currency being outside the jurisdiction of a single country or company. Back in 2011, Stefan was living in Switzerland. He was given 7,002 Bitcoin by an early Bitcoin fanatic as a reward for the creation of an animated video. (The video was called ‘What is Bitcoin’ and it introduced many individuals to the currency.) That same year Stefan lost the digital keys to the wallet containing his Bitcoin. Ever since that happened, the price of Bitcoin has gone up and down, but the programmer can’t possibly access his money. As a result of this, he has alienated from the notion that people should be able to be their bank and hold their own money. “This whole idea of being your bank ‒ let me put it this way: Do you make your shoes? The reason we have banks is that we don’t want to deal with all those things that banks do.”

There are others like Mr. Thomas, who find that there’s a lot of issues associated with one being his bank. Some of them have outsourced holding Bitcoin to start up businesses and exchanges that secure the private keys to individuals’ stashes of the currency.

Nevertheless, some of these services have also had difficulties securing their keys. Throughout the years many of the biggest Bitcoin exchanges (along with the famous exchange Mt. Gox) have lost private keys or ‘swiped’ them.

Gabriel Abed is a 34-year-old entrepreneur born in Barbados. Back in 2011, he said goodbye to around 800 Bitcoin (now amounting to around $25 million) after one of his colleagues reformatted the laptop containing Gabriel’s private keys to his Bitcoin wallet. The entrepreneur mentioned that this didn’t make him lose his interest. He stated that before Bitcoin, he (as well as the other islanders) wasn’t able to gain access to inexpensive financial products (such as credit cards and bank accounts, which are now easily accessible mostly everywhere). Even things like creating a PayPal account are impossible, according to Gabriel. Bitcoin, on the other hand, is accessible and brought the digital financial world to him for the very first time. “The risk of being my bank comes with the reward of being able to freely access my money and be a citizen of the world ‒ that is worth it,” he acknowledged.

For Gabriel and Stefan, any of the losses arising from private keys issues have somewhat been justified through the huge wealth Bitcoin has brought them, which they’ve successfully preserved. The 800 Bitcoin Gabriel lost exactly ten years ago was only a small percentage of the tokens he has since managed, which as of recent enabled him to purchase a 100-acre oceanfront plot land in Barbados (worth over $25 million). Stefan also disclosed he was able to retain enough Bitcoin to ensure a very comfortable life.

Nine years ago, he joined Ripple (a cryptocurrency start-up, whose goal is to improve Bitcoin). Mr. Thomas was paid with XRP (the company’s currency, which jumped in price). Ripple has also been involved in legal issues, partly cause of his founders being granted too much control over the creation and distribution of XRPs). When it comes to the lost password and inaccessible Bitcoin, Stefan has placed the IronKey in a secret secured facility in case cryptographers figure out new approaches to hack complex passwords. The programmer mentioned that storing it far away helps him not think about it as much. “I got to a point where I said to myself, “Let it be in the past, just for your mental health.”

Bitcoin bounced on Friday but finished the week nearly 6% lower. The price of the cryptocurrency is affected mostly by the tension from earlier in the week based on the fears of a regulatory crackdown from the new Biden administration. Bitcoin was on a tear up until two weeks ago ‒ reaching $40,000 on Jan. 7.