TWIFT | Digital | PlayStation 5: Sony Could Release a Cheaper Version By 2021

PlayStation 5: Sony Could Release a Cheaper Version By 2021

As a result of console shortage, the Japanese Sony is considering issuing a more affordable adaptation of their newest product ‒ the PlayStation 5 ‒ in the year 2021. The idea behind this addition is that it could aid the company in ending shortages and keeping up with the demand for regular PS5. The original version is sold out almost everywhere, while most consumers have been trying to get their hands on it desperately. This is probably a sign of Sony’s production capacity and efficiency being impaired by the pandemic. 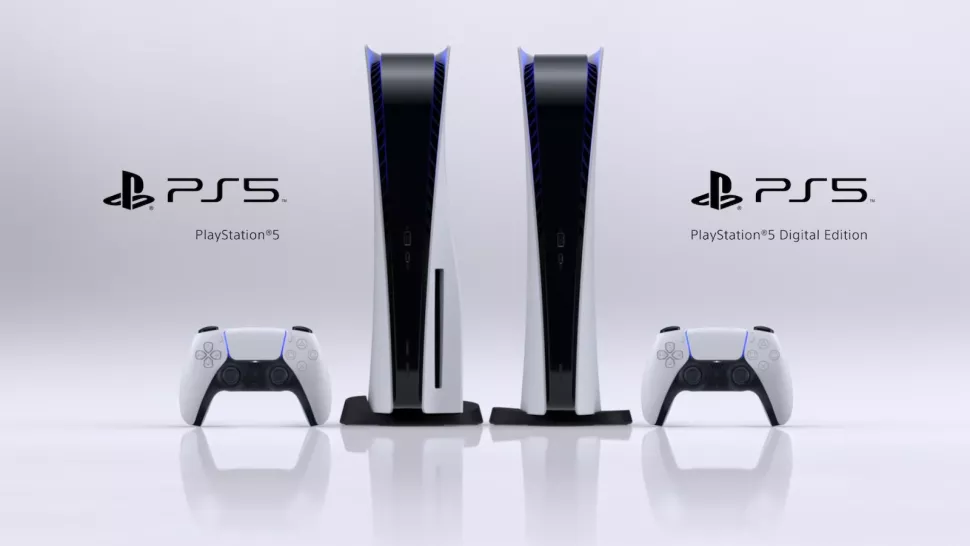 The way PS5 and PS5 Digital Edition differ is simple ‒ the digital edition doesn’t have a disc drive. The disc-less version will be capable of streaming games, movies, music, and shows, instead of running them off a CD, DVD, or Blu-ray.

What’s important is, that you consider the cost of repurchasing your physical games for PS4. If you’re one of the people who collect physical games, then the full console and PS5’s upgrade system make more sense.

The idea behind making one of the versions more affordable is similar to the release of the Xbox Series X and the all-digital Xbox Series S. Nevertheless, it’s only logical that when you receive less functionality, you don’t pay as much.

Essentially, if your goal is saving your cash when you can, the digital version is the one for you. Some also claim it’s easier to find than the regular PS5 so that’s a plus too. Additionally, it doesn’t sacrifice performance, so many consider it a great budget purchase.

As mentioned above, the main distinction between the two versions (look-wise) is that one has a disc drive and the other doesn’t. This is the reason why (as seen in the photo) the Digital Edition is visibly slimmer in its base. Both versions are sculpted and look very futuristic, yet (without the disc slot) the Digital one looks way sleeker and users seem to enjoy the design. PS5 and PS5 Digital Edition feature similar elements (a white shell and black base with stylish gaps for ventilation).

Jim Ryan (Sony Interactive Entertainment’s President & CEO) shared in his post on the PlayStation blog that both of the new consoles offer equal power and features (4K graphics, ray-tracing support, and PS5 3D audio). Both consoles provide a frame rate of 120 fps and only 4K resolution since for now, it’s not possible to enable 8K from the settings. Other similarities the two editions share are the CPU (AMD Zen 2-based), the memory (16GB GDDR6 / 256-bit), and the SSD (825GB). A disadvantage in both machines is the absence of HDR support. Not either supports Dolby Vision video or Dolby Atmos sound. The option of adaptations in the future is possible, however on the FAQ page it’s only stated that the product “will support HDR10” with no recognition of Dolby.

Nevertheless, what PS5 and PS5 Digital Edition do provide is Sony’s ‘gold standard’ 3D audio technology. (This audio system ‒ ‘Tempest’ ‒ is supposed to provide an ‘object-based 3D sound’ which will enable gamers to have a more realistic experience, e.g. hearing individual raindrops.) In comparison, Dolby has already reported that the Xbox Series X and S will indeed be the first consoles to support Dolby Vision and Dolby Atmos surround sound. Considering that the Xbox Series S isn’t as capable as Series X (Series S supports a max resolution of 1440p), the PS5 Digital Edition can do way better.

A very significant benefit you get with the PS5 Digital edition is that you can finally drop physical game discs. If, of course, you don’t see the point of owning a physical copy of something you can buy virtually without sparing performance.

Essentially, the decision is yours. Can you survive without the disc support or not? That and the money you spend are substantially the only differences between the two editions.

If you appreciate their console serving as a DVD/ Blu-ray/ CD player, then the PS5 is the one for you. If, on the other hand, the only purpose of your console is gaming, streaming, and downloading, save your money, and get the Digital Edition.

The truth is, getting hold of either of the consoles is super hard. The few that can be found online are gone in moments and websites can’t handle the traffic when restocks occur. Naturally, many will be disappointed by this turn of events, but at least it’s in the same theme as the rest of 2020 ‒ nothing goes as usual.

What’s intriguing is that the price of PS5 can compete with Xbox Series X. The price is similar and although the PS5 Digital version’s price isn’t as low as the Xbox Series S, it presents a 4K resolution.

Conclusively, the Digital Edition has no disc drive and that reflects in it being cheaper than the full PS5. The digital costs $100 less and looks almost the same. The disc-drive-free version is just as powerful as the regular PS5 (contrary to the Xbox Series X and S). It’s refreshing to see this is possible to accomplish without sacrificing specs. The logic is simple ‒ you get the ability to play every game in 4K and one less worry about buying disks (especially beneficial in these pandemic times).

One main issue is that PSN games differ in prices in various countries and more often than not the physical disk costs less than the digital option (especially in the UK). This is a problem that needs to be addressed and handled and we hope that happens soon. Some also argue that by using all-digital you separate yourself from the pre-owned games, as well as your old DVDs and Blu-rays.

Whichever console you get, make sure it serves your needs best. Think about whether you want to own more games and exchange them with friends, or you want to allow Sony to set whatever prices they want for games. Now that you’ve done the research, go and check if you’re one of the few lucky people who can get a hold of the machine.

Here are some specs: