The moment we’ve all been waiting for is here. Google finally dropped information about its long-awaited Pixel 6 and Pixel 6 Pro on August 2. The company’s been working on these devices for a while now and there’s a good reason for the long wait. Google not only made sure to bring its A-game and step back into the premium flagship sector, but the tech company also ensured it could provide a product that can definitely be considered the best they’ve done so far. Here are some of the main things we know as of now: 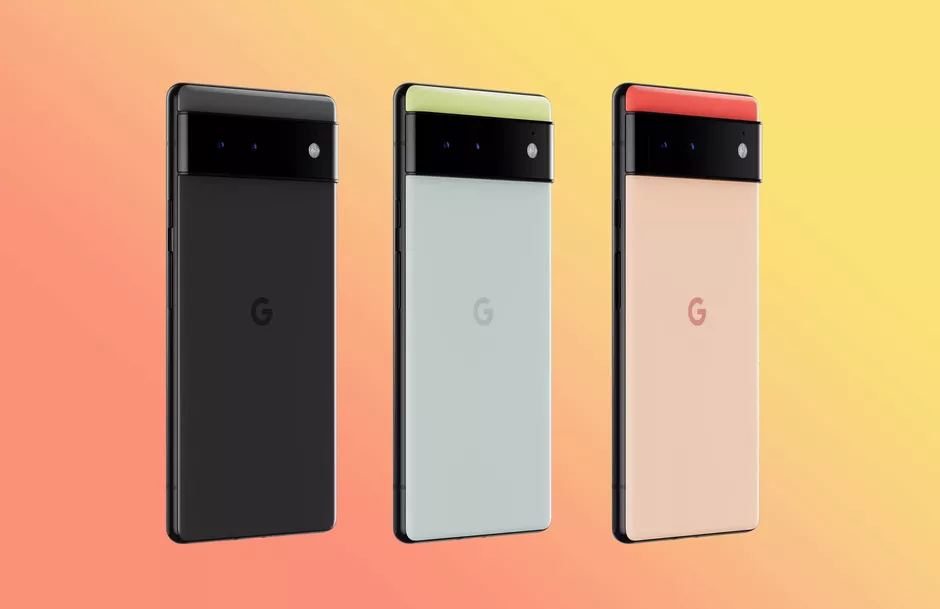 We pretty much know everything important about the Google Pixel 6 and Pixel 6 Pro. We’re not aware of only a few specifics yet, which could give us more information about how these new models will do alongside the market rivalry. While we’ll admit that it was pretty clever of Google to let the consumers know that the phones will drop this fall, they didn’t announce absolutely everything we needed to know. What we do know, however, is that the devices will be different from the OG Pixel in terms of design. The new Pixel 6 and the Pro model will feature a new chipset packing all AI (artificial intelligence) and ML (machine learning) in its base. Naturally, the company put effort into spreading the word about the new series and built up a lot of anticipation surrounding their newest smartphones.

Now we know that this was the whole idea. Google’s been working on perfecting the new smartphones ‒ there’s the new bold design and the custom-made chip as well. The fact is that all the Pixels appeared the same in terms of design until this new launch. The new Pixel 6 series is a breath of fresh air and the release features a device with a bar that fits the camera arrangement. Even though it may seem like something that’s not a big deal to many, this may give Google that extra push it needed to compete with Apple, OnePlus, Samsung, Xiaomi, and other powerful brands.

It’s safe to say that many will find the new Pixel smartphones’ looks a bit too harsh, but this wasn’t the result of a random decision. According to Rick Osterloh (Senior Vice President (Devices and Services) at Google), it wasn’t possible for the people working on the device to fit the new huge camera sensors in a conventional square camera structure. The Pixel 6 will probably provide a 50-megapixel main sensor, according to internet discussions. Nevertheless, we’ll need to be patient until fall to get more definitive information on the specific features of the new Pixels.

Besides its cool new design and the Android 12 with Material You, the Pixel 6 will be an amazing phone because many believe it may present what Google is made of. In an interview with Gizmodo, Osterloh mentioned that the company was focused on upgrades to things like Call Screener, Night Sight, and HDR+ camera as well as a couple of other characteristics. Rick also noted that the team wasn’t in a position to do much more because of the restrictions when it comes to the chipset. The Senior Vice President pointed out that the Tensor is Google’s “biggest smartphone innovation” since the first Pixel dropped back in 2016. This entails that the consumers can anticipate the best of Google’s AI and ML on the new series since the company now presented a silicone design based on its requirements.

Google, however, is by far not the first establishment to convert to using its chipset. There are many other such instances in the market ‒ Apple, Huawei, and Samsung, to name a few. Nonetheless, the contrast between other chipsets and the one from Google may just be concerning what Google can provide.

Google was quick to touch on what Tensor could really do. There were a couple of tweets, in which Google pointed out the individual features, in which the company could utilize the new custom-made chipset.

One of the tweets from August 2 stated: “The highlight of Tensor is that it can process Google’s most powerful AI and ML models directly on Pixel 6.” This entails that the real power of the Tensor could probably be displayed in camera and speech recognition, as well as others. But we’ll never know for sure until the series actually drops officially.

Many were curious to discover that Google emphasized the speech recognition feature on the new Pixel 6. One of the company’s tweets specified: “Speech recognition is another foundational technology where you will see a huge improvement in Pixel 6.” Moreover, it continued with the claim that Tensor would support the use of things like voice commands, translation, captioning, and dictation.

The announcement was impressive enough to leave most of us wanting to find out more about why Tensor could be the most significant selling point of the series.

We know now that we can safely presume that there will be features such as the real-time translation that could also function when you’re not even online. Additionally, there should be real-time captioning for the videos we watch on YouTube and perhaps also dictation on the go. Pretty cool, right? Likely, there are also features that Google might have kept secret, but one thing is for sure ‒ the company to reveal the power of the new Pixels, especially in combination with the Tensor chipset.

In case you’ve been a fan of the Google Pixel phones throughout their history, then you’ve been already looking forward to the new series release because this one seems pretty different from the rest of the Pixels.

The very first Pixel model smartphone was introduced back in 2016 and it established a standard for other smartphones on the market in terms of camera quality. Then, the Pixel 2 and Pixel 3 went one step further, again focusing on camera capabilities, however, they were never seen as the best flagship-grade smartphones out there. After that, the Pixel 4 and Pixel 5 disappointed the consumers because it felt like they were getting a downgraded device that still had a pretty great camera. And the market in India was even worse as Google didn’t even drop the Pixel 4 and Pixel 5 in the country. Instead, it just concentrated on the mid-range price sector with the Pixel 3a and the Pixel 4a, which dropped back in 2019 and 2020, respectively.

Nonetheless, we’re finger-crossing that the Pixel 6 and Pixel 6 Pro will be sold in India, which increases the competition factor for Apple, Samsung, OnePlus, and Xiaomi, or all the brands that circulate and do great in the Rs 50,000 and up price sector.

Contrary to other smartphones on the market, the Pixel 6 and Pixel 6 Pro don’t seem to be just other smartphones created to serve the spec-obsessed consumer that most Android OEMs cater to in India. Rather, it guarantees features that should better the general use of the phone and make it feel like a legitimate Google device, depicting how much the company can accomplish.

Would you ever buy the Pixel 6 or Pixel 6 Pro? Have you owned a Pixel phone before and are you excited about the launch? Let us know.