Elon Musk is undeniably a hard-working individual. The billionaire is CEO of Tesla, SpaceX, and Neuralink. He claimed in a recent interview that Neuralink (the start-up he established) succeeded in wiring a monkey to play video games with only its mind. 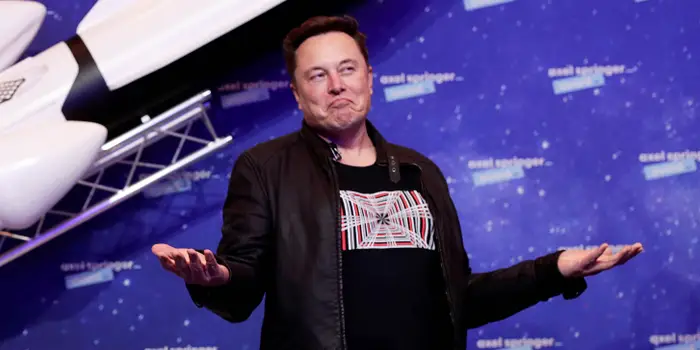 Elon shared that the Neuralink Corporation planted a computer chip into the animal’s skull linked to ‘‘tiny wires’’ to connect it to the mammal’s brain. The business magnate declared “It’s not an unhappy monkey” during a conversation on Clubhouse ‒ the new invitation-only audio-chat social networking app. (Clubhouse is becoming popular by the minute and its value reached $1 billion last month. The app essentially lets people have voice chats that others can listen to as well.) Tesla’s CEO continued: “You can’t even see where the neural implant was put in, except that he’s got a slight like dark mohawk.”

Musk was involved in discussions about space travel, colonies on Mars, cryptocurrencies, AI, and Covid-19 vaccines. He mentioned that Neuralink is attempting to assess the possibility of making the monkeys play ‘‘mind Pong’’ with one another with the help of the chips. Elon expressed that in his opinion if the company manages to pull it off ‘‘That would be pretty cool.’’

Neuralink’s headquarters are in San Francisco and there’s a team of approximately 100 people who are putting their effort into developing an implementable brain-computer interface (BCI). The tech mogul explains that the innovation will be like Fitbit but for your skull and small wires will hook it up to the brain. He makes clear that the company’s purpose is to boost the speed at which information can move from our brains to a machine.

Artificial Intelligence will only become more intelligent and Elon finds that Neuralink’s technology could accomplish giving us the opportunity to ‘‘at least go along for the ride.’’

Musk maintains that machine intelligence will sooner or later outperform human intelligence. To convince listeners that this was indeed what the future holds, he portrayed the rate at which AI develops with examples of discoveries made at research labs like OpenAI (which he co-founded) and DeepMind (a London-based lab obtained by Google 7 years ago, in which he was an early investor). Elon added that DeepMind has “run out of games to win at basically.”

Elon Musk believes that ‘‘People are already a cyborg in that you already have a tertiary digital layer. You know you got your sort of limbic system, which is your primitive drives and desires and responses, and then you’ve got your cortex, which is like long-term planning and thinking, and there’s a tertiary layer (third layer), which is digital, and you already have that in the form of your phones and computers and all your applications. You’re far more powerful than a human would be without those cognitive enhancements.’’

“With a direct neural interface, we can improve the bandwidth between your cortex and your digital tertiary layer by many orders of magnitude. I’d say probably at least 1,000, or maybe 10,000, or more,” stated Elon.

What is vital for our memory, attention, perceptual awareness, thought, language and consciousness is exactly the cortex of the brain. What’s important for the digital layer, that Musk focuses on, is that it can take the form of anything ‒ your iPhone or your Twitter account. SpaceX’s CEO considers that in the future Neuralink can realize the notion of people sending ideas to each other using telepathy. He also thinks we’ll be able to exist in a ‘‘saved state’’ after our death, which could then be “installed” into a robot or another human being. He did, however, recognize the fact that the talk was indeed getting too sci-fi at this point.

What the foreseeable future holds for Neuralink is that the CEO wishes to implant the company’s chips into quadriplegics with brain or spinal injuries for them to be able to “control a computer, or mouse, or their phone, or really any device just by thinking.” Additionally, the entrepreneur excited its fans by announcing that Neuralink will ‘‘probably’’ release videos regarding its progress within a month.

Back in August of last year, the company did a live demo of its work on three pigs, while an audience could see one of the pig’s real-time neural signals. Musk’s conversation on Clubhouse was live-streamed on YouTube and the billionaire used the platform to seek out engineers interested in a job at Neuralink. “If somebody listening is good at designing Fitbit, Apple Watches, phones, computers of various kinds, then, actually, they would be a great fit for Neuralink.”

2021 is shaping out to be amazing for Elon. He’s on the hunt for smart, creative people to work in his companies and it pays back. He’s become so successful recently and is not afraid of change, which makes him popular and interesting.