Microsoft Is Going To Buy TikTok

Perhaps TikTok will be saved! The information that the app might be banned in the US amazed many fans of the short video. A lot of memes, funny videos and whole challenges were presented to us precisely thanks to TikTok. The very fact that already in several countries this application is considered as a threat to national security is absurd. But our beloved Microsoft company will try to solve this problem. 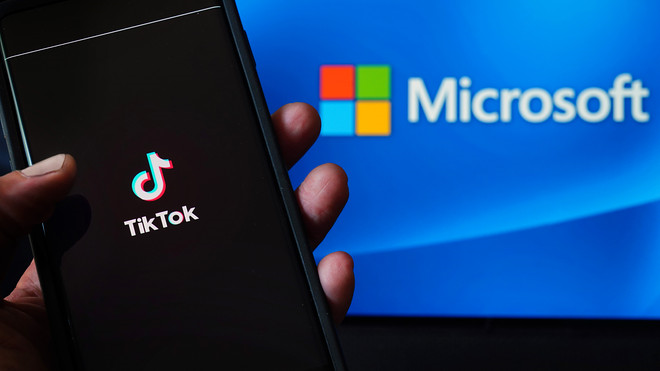 Microsoft said it has been considering buying TikTok in four markets, including the United States after state governments reviewed national security issues regarding the app’s ties to China.

Geopolitical pressure on TikTok and parent company ByteDance is mounting. President Trump has reportedly described the popular app as a threat to US national security and announced plans to ban it across states.

Microsoft confirmed they have been negotiating with Chinese company ByteDance to take control of TikTok in the United States, Canada, New Zealand, and Australia. If the deal is completed, Microsoft plans to move all US user data to US servers and remove backups of data in foreign countries. TikTok currently stores user information in the US, but it also duplicates data in Singapore.

One of the largest US technology companies and software vendor hopes to complete discussions with ByteDance no later than September 15th. However, it is possible that the deal will not go through.

“These discussions are preliminary. So far, there can be no guarantees that the deal involving Microsoft will take place,” said Microsoft in a statement.

The acquisition of the app by a US-based company could help TikTok get rid of scrutiny over concerns about whether the Chinese government can obtain user information. Microsoft intends to move quickly to negotiate the acquisition with ByteDance while staying in touch with the US government. The takeover of the application will lead to a complete security check.

Microsoft said in a statement that nothing would change in the structure of TikTok. But users would receive world-class digital security and privacy.

TikTok states that it has not and will not provide user data to the Chinese government. The company said that later this year, third-party experts will be able to examine content moderation techniques and see the code that powers the application’s algorithms.

The app, excluding the Chinese version of Douyin, has been installed nearly 2.1 billion times as of July 30, according to research firm Sensor Tower.

The TikTok app was based on ByteDance Douyin. It is another program that focused primarily on the Chinese market and then merged with the music.ly app. Since then, the application has grown in popularity and has subsequently attracted the scrutiny of the American authorities.