TWIFT | Digital | Threat to Tiktok. What Makes The Government Ban It?

Threat to Tiktok. What Makes The Government Ban It?

Politics interferes in the affairs of not only its citizens but also casts a shadow on everything that happens in the country. This is how millions of people can lose the pleasure of using the apps they like. Сountry leaders want to ban everyone’s favorite TikTok, which primarily serves to entertain people, and the government sees this as a fucking danger.

The popular TikTok mobile app for creating and watching short videos is at risk of being banned in the United States and Australia. In both countries, government believe that, masquerading as a social network, it illegally collects data about users and therefore poses a threat to national security. At the end of June, TikTok was already recognized as “detrimental to the sovereignty and integrity of India.” We tried to figure out how suspicious the application is since its homeland is China. 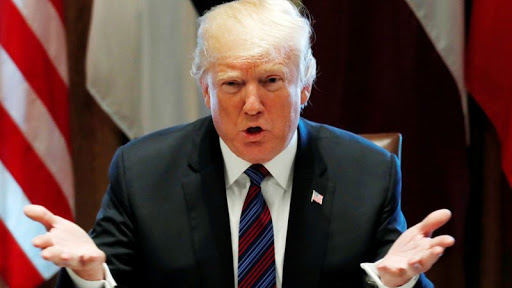 The original idea of ​​the TikTok authors, who launched this app in late 2016, was to give people the ability to shoot short videos with filters, hilarious masks, free music tracks, and other special effects. The idea, as they say, came up instantly. Millions of young people began to actively imitate singing to other people’s hits and share their various antics on camera. Someone even nicknamed this application “Instagram for the poor”: any teenager, far from glamorous appearance, got a real chance for his moment of fame without much effort and money, collecting thousands of subscribers in a fairly short time.

By the end of 2018, TikTok was in the top 5 most popular non-gaming apps in the world, beating such mobile masters as Facebook, Instagram, YouTube, and Snapchat in the number of downloads.

The pandemic with long quarantines around the world further helped the promotion of the already popular app. By April of this year, a total of about 2 billion people downloaded it worldwide. And the vast majority of this number fell on users between 13 and 24 years old.

True, not all young people limited themselves to only songs and dances online. Some have taken the pleasure of using TikTok to express their own political views. Last fall, for example, a 17-year-old Feroza Aziz posted a video accusing Beijing of imprisoning Uighur Muslims in camps, interspersed with an online lesson on curling eyelashes.

And this summer, American users of the application staged a real flashmob, the victim of which was no less President Donald Trump. Ahead of Trump’s first election rally in Tulsa since the coronavirus pandemic, TikTok users had booked a huge number of tickets for the event to make it impossible for the president’s supporters to attend. And of course, they did not come to the rally.

However, the main reason for the bad attitude over the activities of TikTok in some countries in 2020 was not the politicization of some users of the platform, but rather the Chinese “nationality” of the application fashionable among young people.

The developer of TikTok is the Chinese company ByteDance. This fact was known to the general public from the very beginning, but for some reason, it was recently that some countries began to worry that user data was leaking to Beijing.

At the end of June, the Indian authorities announced a ban on the use of TikTok and several dozens other Chinese mobile applications in the country. They were recognized as “detrimental to sovereignty and integrity, India’s defense capability, state security, and public order.” Coincidence or not, this happened during a serious New Delhi-Beijing border conflict. And although against the backdrop of political friction, nationalist Indians happily began to boycott everything Chinese, it was TikTok that upset most of the ban. India has 611 million TikTok users, according to Sensor Tower, a mobile app analytics service, and a significant number of local youth have built a stellar career with the app.

In Australia, whose relations with China have worsened after the proposal of Prime Minister Scott Morrison to conduct an independent investigation into the causes of the COVID-19 epidemic, claims against TikTok began to sound in July. Several parliamentarians said at once that the application could be “a data collection service disguised as social networks,” and recently the Australian Senate launched an investigation into foreign interference through such channels.

“With regard to TikTok, our premier has already said that Australians need to better understand where these platforms come from and what risks they pose. And the head of our parliament’s intelligence and security committee, Andrew Hasti, fears that the app might share private information with the authorities in Beijing. And that’s possible because China’s 2017 national intelligence laws require companies like the owner of TikTok to share data with the communist regime to gather intelligence,” said Australian MP, George Christensen.

Of course, there were similar suspicions in the United States, which has long and openly suspected all Chinese companies of espionage. Last week, Secretary of State Mike Pompeo mockingly suggested that TikTok can be installed “if you don’t mind that personal data will end up in the hands of the Chinese Communist Party.” And then the possibility of banning a popular application, which has more than 26 million active users in the United States, was made by Donald Trump personally. At the same time, he did not hesitate to admit that the ban on TikTok could be one of many options for punishing China for the coronavirus.

The press service of TikTok did not comment on the possible political motivation of the allegations, stressing that the company’s top priority is to create a safe experience for all users.

“We have never provided user data to the government of China and would not have done so even if we received such a request, as if in support of not disclosing the latest data on the number of TikTok subscribers in America.”

The press service drew attention to the fact that in the USA, TikTok is headed by an American CEO and employs hundreds of American employees responsible for security, product, and policy.

In recent years, the company has really been actively trying to distance itself from its Chinese roots by hiring Western top managers for leadership positions. So, from June 1, the American Kevin Meyer, who previously worked for the Walt Disney Company, was appointed the CEO of TikTok. ByteDance opened an office in Australia this summer, also hiring non-Chinese people for the top positions. For example, Brent Thomas, who previously worked for such well-known Western companies as Airbnb, Mastercard, eBay, and PayPal, became the director of public policy.

Besides, according to unconfirmed information, the creator of ByteDance Zhang Yiming even thought about moving the headquarters of his brainchild from Beijing to London or Singapore. But the main preemptive move designed to allay suspicions of working for the Beijing authorities was TikTok’s decision to wind down its operations in Hong Kong immediately after the national security law came into force there, out of fears that under the new rules, the police could require Internet platforms to remove content considered a threat for China.

Fergus Ryan, an analyst who studies the Chinese Internet at the Australian Institute for Strategic Policy, told that most Hong Kongers were previously afraid of all Chinese services, and the application had only 150,000 users in this area. So leaving Hong Kong was a blatant “public relations exercise” for TikTok.

But whether this PR move of a global company hailing from China will work against the backdrop of growing cynophobia in a number of countries is still a big question.

And here’s what it all led to:

US President Donald Trump told reporters on July 31, 2020, that he made the decision to block TikTok in the country.

Having been asked when the application would be blocked, he replied “immediately”, specifying that he would sign the documents on Saturday, August 1. Trump said he is entitled to do so under the International Emergency Economic Powers Act.

A TikTok spokesman noted that the company has about 1,000 employees in the United States and the social network planned to hire 10,000 more in the next three years. TikTok is used by 100 million people in the US, he said.