Do you want to run away from coronavirus? You won’t believe it, but I know a few guys who excelled everyone in this.  Here are some SpaceX News. They want to escape into space! Oh, and they’re not even sure when they will return to Earth.

Of course, Elon Musk and his companies are involved here. It’s the most important mission for SpaceX and NASA. They are going to send two people into space to the ISS using the Crew Dragon spaceship. And this is the first flight with people on board, so for the Musk company, it is an incredibly important event. There is no chance of a mistake. Although it may be, how the fuck do I know? 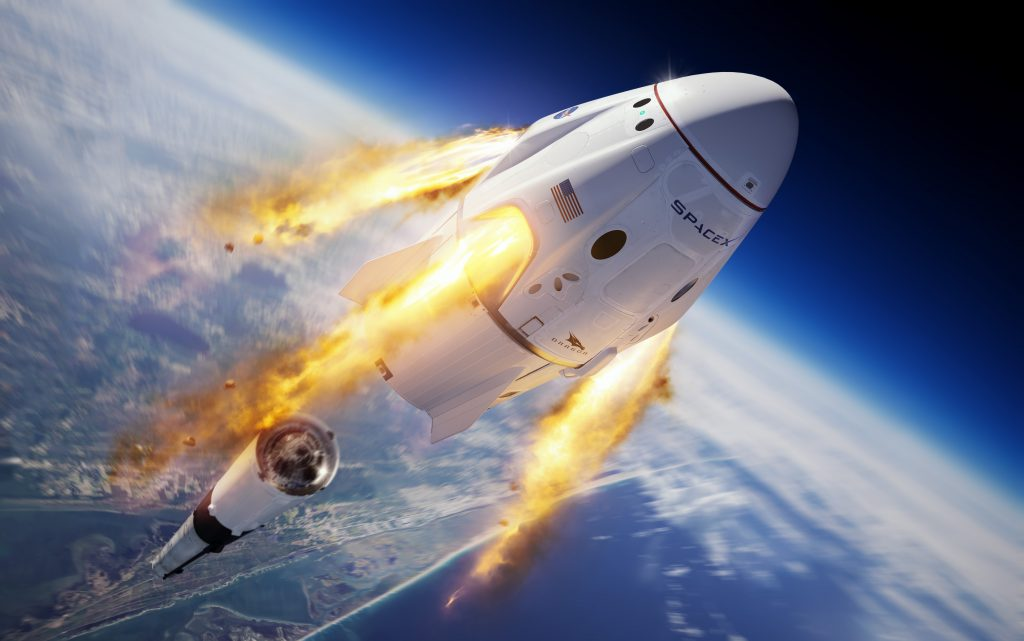 SpaceX Crew Dragon will take its first manned flight called Demo-2 mission or DM2 to the ISS and back with astronauts Bob Behnken and Doug Hurley on board. They are experienced astronauts who flew shuttles. The launch will be held from the complex at Cape Canaveral (Florida, USA) at 4:32 pm ET (20:32 UTC). The declared launchpad is 39A, from which the last shuttle launch was carried out in 2011. The launch vehicle for the Crew Dragon will be 9 from SpaceX. 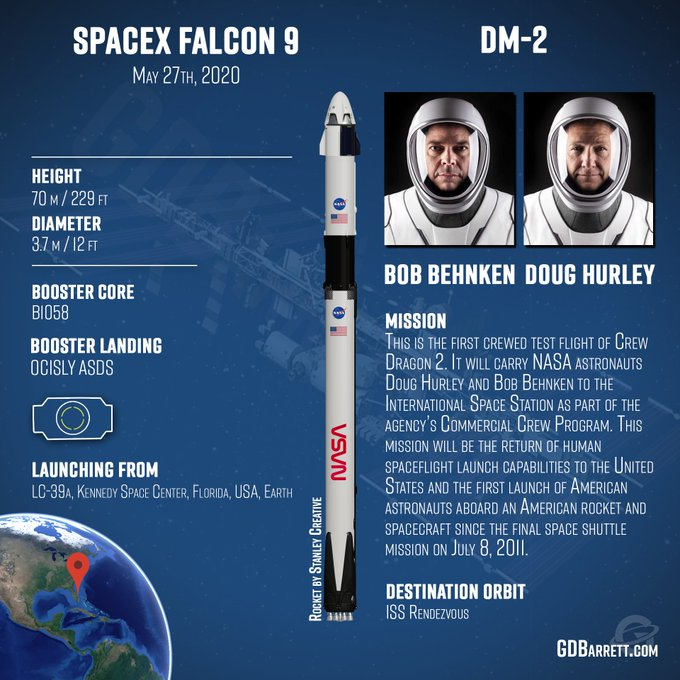 It was previously planned that Benken and Hurley would spend two weeks at the station, but now this period has been increased to six months at NASA, including due to problems with testing and launching the SpaceX rival Boeing Starliner, to the ISS. Although there is a limitation in this test flight—- it is planned for a mission period of no more than 110 days, but maybe, in fact, it will be less. However, a fully functioning SpaceX Crew Dragon spaceship after all the necessary certifications will be able to remain in orbit for at least 210 days, as NASA requires.

In the DM 2 test flight, astronaut Hurley will be a spacecraft commander, and his partner Benken is declared as a joint operations commander. In fact, this means that it is Hurley who will fly the SpaceX Crew Dragon in flight to the ISS, to which they must dock during the day after the launch. Hurley will perform the NASA certification of in-flight verification of ship systems.

Currently, NASA and SpaceX continue to jointly overcome difficulties due to certain technical complications associated with the coronavirus epidemic before the DM2 mission actually takes place. Employees at several NASA centers work remotely. This can complicate the process of holding meetings such as the “Flight Readiness Check”, at which dozens of senior agency officials and contractors discuss safety issues for the upcoming flight for many hours. SpaceX is also going to conduct at least one test of the ship’s parachute system before it is sent to the ISS. 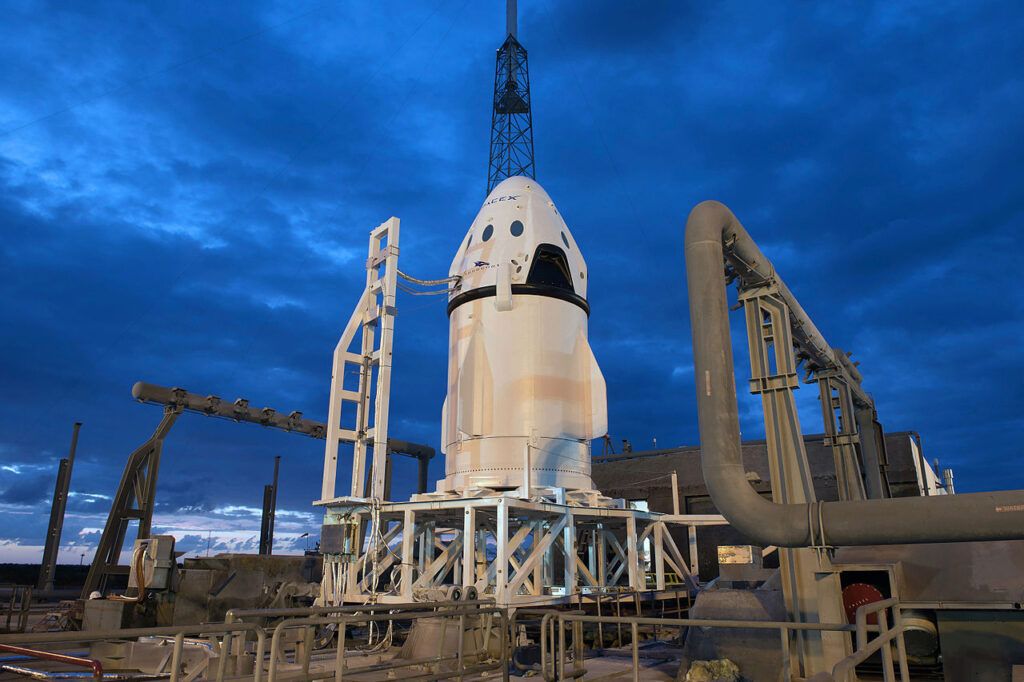 SpaceX has been developing the space shuttle SpaceX Crew Dragon (an improved version of the Dragon spaceship) for the past six years. The device is equipped with completely new crew life support systems, seats, and an energy complex that ensures safety in case of unforeseen circumstances at startup. Сrew Dragon can deliver up to four people simultaneously to the ISS. Although it is a reusable spacecraft, at NASA’s request, versions of the spacecraft that are already being used to deliver the crew to the ISS will not be reused. SpaceX will be allowed to launch them further in unmanned cargo mode.

Earlier in early March 2019, Crew Dragon made a successful autonomous flight to the ISS and returned to Earth, delivering scientific cargo from the station.

January 19, 2020, successfully passed a ten-minute test of the emergency rescue system (ERS) of the manned capsule of the SpaceX Crew Dragon spacecraft without a crew on board. During these tests, NASA and SpaceX, in addition to testing the technical readiness of the SpaceX Crew Dragon rescue system for manned launches, also worked out techniques to search, rescue, and return the crew to Earth in case of emergency return. Assistance in this NASA and SpaceX was provided by specialists from the US military aviation.

On April 7, 2020, SpaceX’s first-generation Dragon cargo spacecraft completed its last, twentieth mission and a ship was splashed in the Pacific Ocean 300 miles southwest of California. In total, over its history, the aircraft delivered to the ISS and back to Earth more than 45 thousand kg of valuable cargo. Dragon first flew into space in 2012. It became the first private spacecraft to dock with the ISS. For eight years, Dragon spent a total of 547 days on the ISS. The reusable Dragon ship, for example, the capsule that was used in the last mission, previously flew to the station in February 2017 and December 2018.

If the flight is successful, this will be terrific SpaceX news! A new step in space exploration and the flight to Mars will be one step closer!