In 2020, many people simply forgot about the PC and even laptops. What are these difficulties for when there is a smartphone in which a huge number of various and necessary functions are collected? Some games on phones look much better than new products of past years. Let’s try to look at the trendy phones!

Huge displays with elongated proportions and thin frames do not surprise anyone. A few years ago, 7-inch smartphones were laughed at. Now they have become commonplace.We can`t imange trendy phones without huge displays Almost all new innovations are very large and have 6 and even 6.5-inch screens. HDR and AMOLED matrices are already standard. Controversial nuances like cutouts on the display slowly fade and they are replaced by retractable chambers or round holes. The panel refresh rate of 90 or 120 Hz is a step in the right direction. An important and useful trend is the use of displays with an increased refresh rate of 90 Hz or 120 Hz. This is a very important addition for users because it increases the smoothness of interaction with software and games while reducing eye strain.

Many people may have the impression that every year there are more and more cameras on the new phones. In 2020, 4 or even 5 lenses no longer cause a sensation. One camera? Why not two? Of course, there are advantages in this, as well as in an enlarged approximation: 10, 50, 100x. Some models already use sensors with a size of 100 megapixels and instead of optical zoom they simply “crop”, that is, cut out all smaller parts from the center of the frame. Add to this an ultra-wide-angle camera and a macro lens for close-up shooting (distances of 2–4 cm from the lens).

This year the race for 8K will begin. We really need it in the trendy phones. Well, the truth is, every house already has an 8K TV, an 8K monitor, and an 8K display on a smartphone, right? Yes, this is a joke. Manufacturers just need to come up with new tricks and marketing enticements to divert attention from what is really important. For example, batteries, and autonomy.

How much RAM does a smartphone need? Apple iPhone does a great job with 3 or 4 GB of RAM, but Android phones require more memory than laptops with Windows 10. Well, large numbers look more attractive in tables with specifications. But, data warehouse speed is just as important. In flagship smartphones, UFS 3.0 is already a standard that provides faster startup, program, and system operation. The best trendy phone should also be equipped with a very good, efficient processor. Today, the Snapdragon 855 used, for example, in Xiaomi Mi 9, and it is no longer a leader. Although it definitely matches the current level of trendy phones.

As for Android smartphones, of course, the most powerful processor here is the Snapdragon 865. However, the iPhone is likely to offer the latest Apple A14 at the end of 2020. The trendy phones should also work on Android 10 (or the latest version of iOS). 5G cellular communication is not yet standard, unlike Bluetooth 5.0, aptX HD, NFC, and fast battery charging (including induction).

We are all waiting for the best batteries…

A big step forward would definitely be useful in terms of improving battery autonomy. The latest and best smartphones of 2020 mainly work away from the power outlet ‒ a day, a maximum of two, with normal use. In this regard, no apparent progress has been observed for many years. It should be recognized that so far only more advanced charging technologies are being introduced, which allow you to fully recharge the battery with energy even in half an hour. Induction (wireless) chargers also become faster. However, this is not enough. I think everyone will appreciate the trendy phones, which runs 2 weeks on battery, right?

It is the most affordable iPhone from the lineup. At the same time, the gadget received some important features of its more expensive brothers: the new powerful and energy-efficient Apple processor, an ultra-wide-angle camera for landscapes, and a night mode for shooting in the dark. Display, design, case materials, and software ‒ all are at the premium level. You can scold the iPhone 11 for a low screen resolution, but in reality, the picture looks great. But not everyone will like the frames around the display. 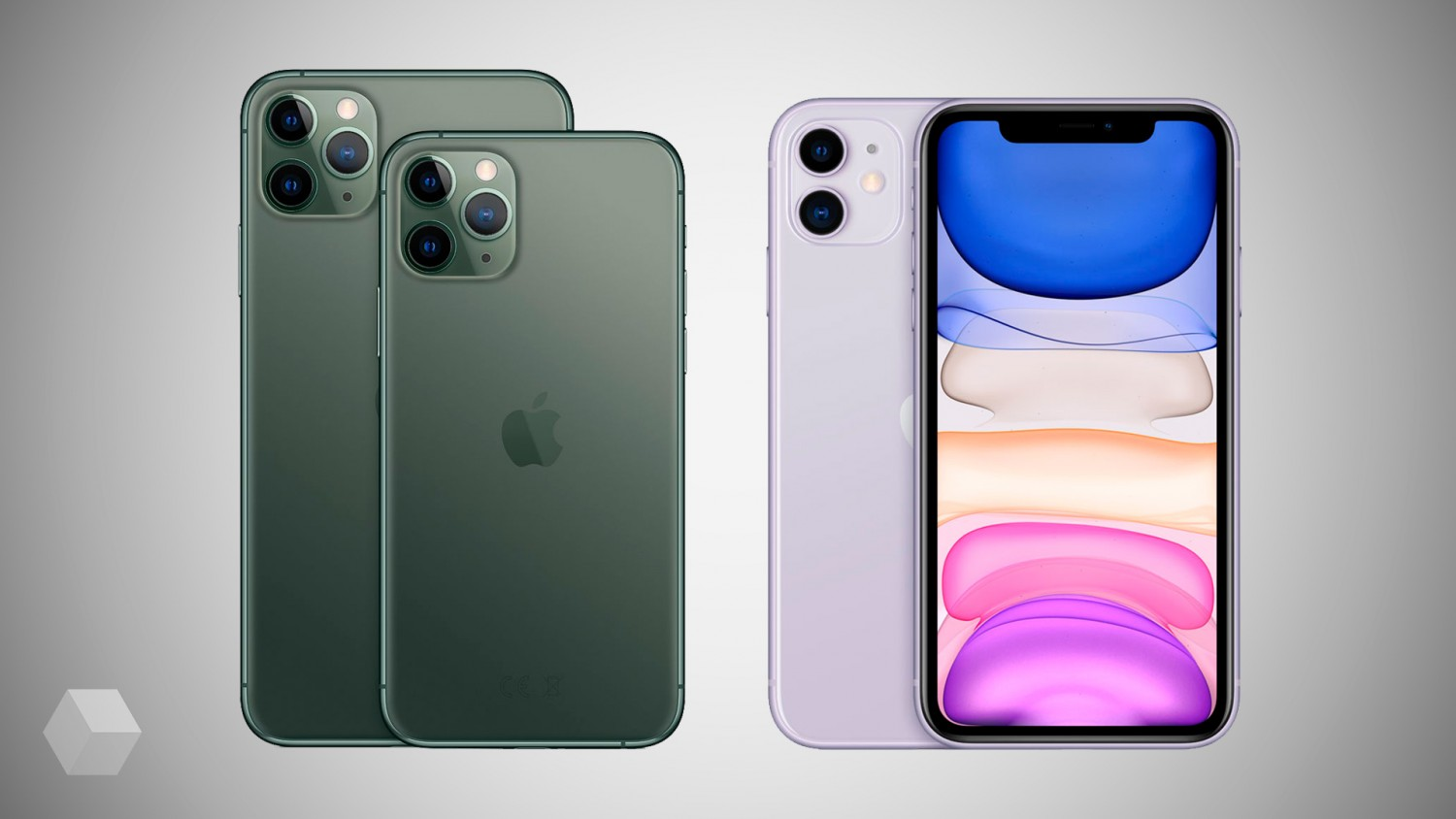 iPhone 11 Pro ‒ the flagship Apple, which embodies the best practices of the company for 2019. It differs from the base model of the iPhone 11 in a slightly reduced display, increased resolution, as well as the presence of an additional camera for shooting at a distance and portraits. 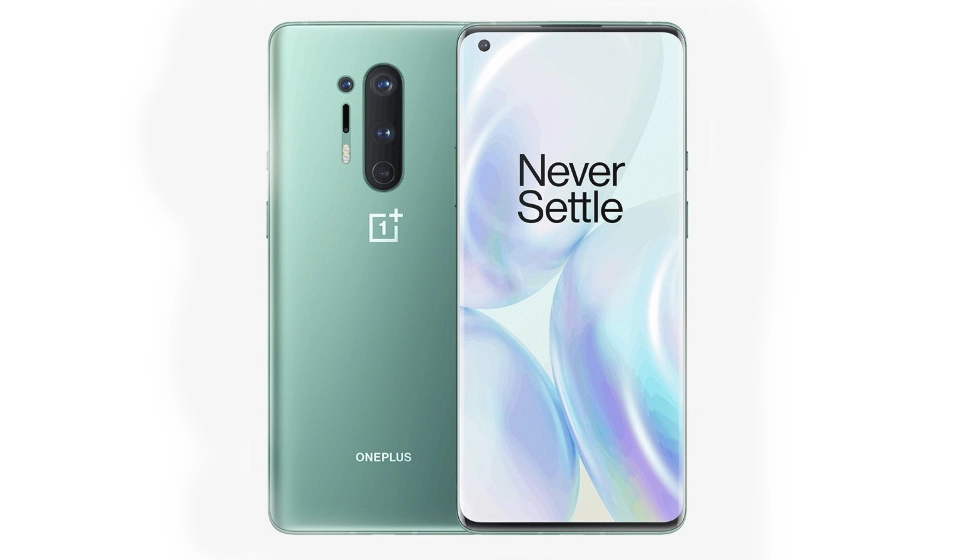 In our current ranking of the trendy phones, it is difficult to ignore the OnePlus 8 Pro. This is definitely one of the ambiguous devices, on the subject of which there are constantly conflicting reviews and comments.

Indeed, with increasing brightness, the flagship AMOLED screen turns green, which is typical for all matrices of this type, including the S20 Ultra. However, a 6.78-inch screen with a resolution of 3168 by 1440 pixels is definitely in the top, supports HDR10 +, and a refresh rate of 120 Hz. At the same time, the case meets the IP68 protection class. The Snapdragon 865 chip, which is paired with the Adreno 650, is responsible for the performance. The camera has a triple module with 48, 8, and 5 megapixels. This bundle is enough to shoot 4K video and create first-class premium RAW images. Among other things, the model supports macro photos, can create gorgeous portrait photos. The battery capacity is 4510 mAh with support for fast charging (up to 50% in just 22 minutes). 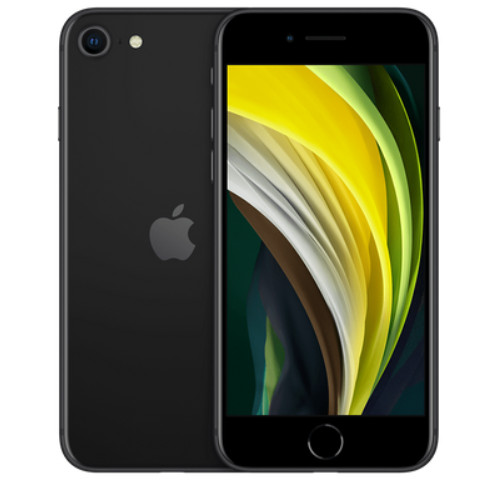 iPhone SE went on sale in March 2016 and today scored 65% of the fives in reviews and 85% of recommendations for buying on many websites.

Specifications: 4-inch screen with a resolution of 1136 x 640 pixels, iOS 10 operating system, 32 GB of permanent and 2 GB of RAM, support for one SIM card. The smartphone does not support an external memory card. The battery capacity is 1624 mAh. The battery life in talk mode is 14 hours, in music listening mode is 50 hours, in standby mode is four days. It has a 2-core Apple A9 processor and the fingerprint scanner on the front panel. Case material ‒ aluminum and glass.

The main camera is 12 megapixels, there is no optical image stabilization. The front camera is 1.2 megapixels. Dxomark camera of iPhone SE is not tested.

Looking at the technical characteristics of the iPhone SE, it becomes clear why it is so cheap (by the standards of Apple, but in fact, it is not at all cheap): a small screen, a two-core processor, a weak front-end like that of ancient smartphones or modern cheap models. However, for those whose budget is limited, but still want to have a trendy phone – iPhone, this model is a good way out. 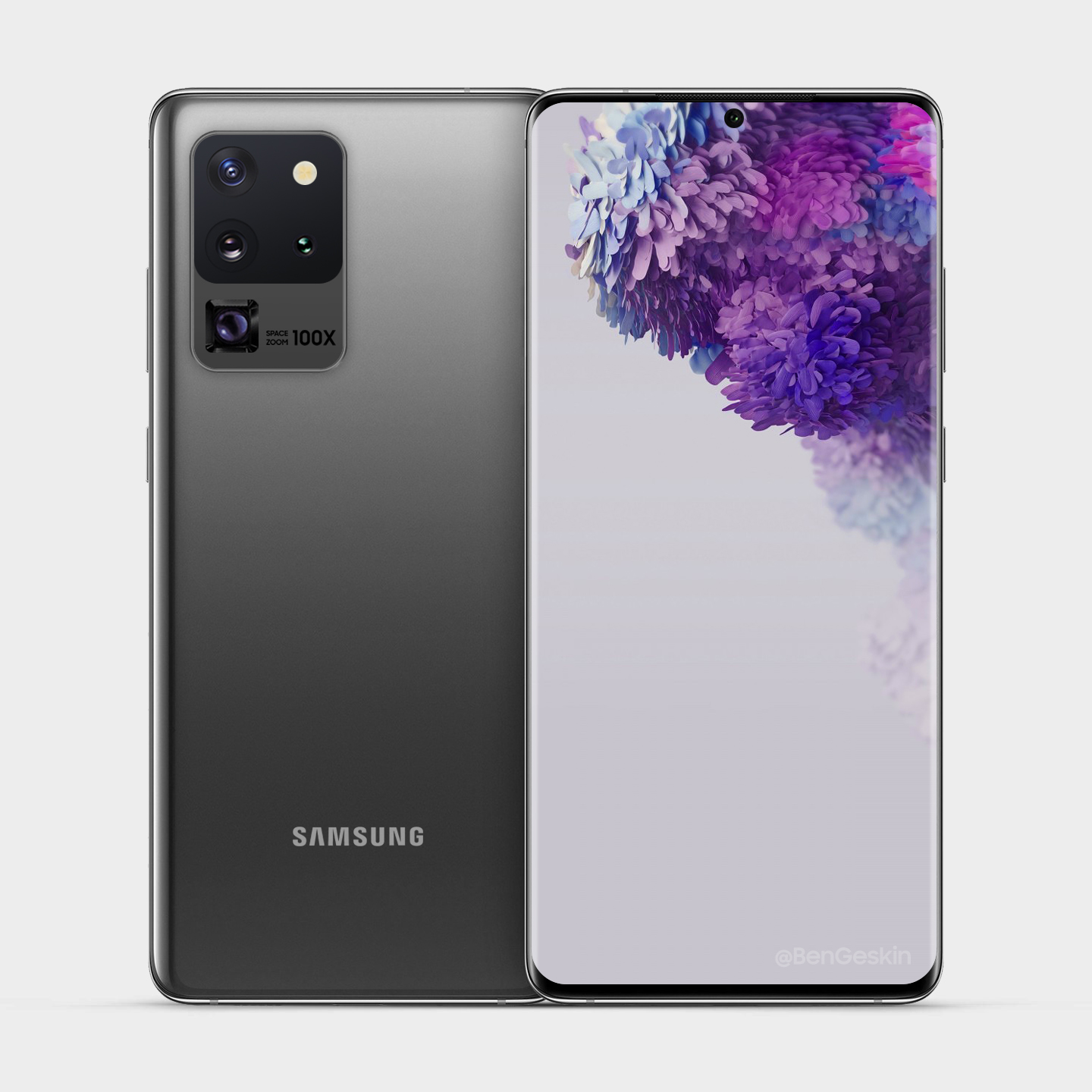 The trendy phone of 2020 ‒ Samsung Galaxy S20 Ultra, which received the first position from DisplayMate in screen quality. In addition, the list of leaders include this model according to DxOMark (cameras) and AnTuTu (power), a lot of merits. However, this is not surprising, because the flagship has a 6.9-inch Dynamic AMOLED screen with a refresh rate of 120 Hz. The display resolution is 3200 by 1440 pixels, in addition, support for HDR10 + technology is implemented.

The main camera has a 108-megapixel sensor, a telephoto lens at 48-megapixel, a depth, and a width sensor at 12-megapixel. This bundle is enough for shooting videos in 8K format. Do not forget about the 100x zoom model and support for wireless charging. By the way, this flagship allows you to charge other devices. Perhaps the only flaw can be considered the native Exynos 990 chip, which is worse than the Snapdragon 865 in a number of parameters. A petition from company users who asked to give the opportunity to choose the processor for the purchased gadgets can serve as confirmation. 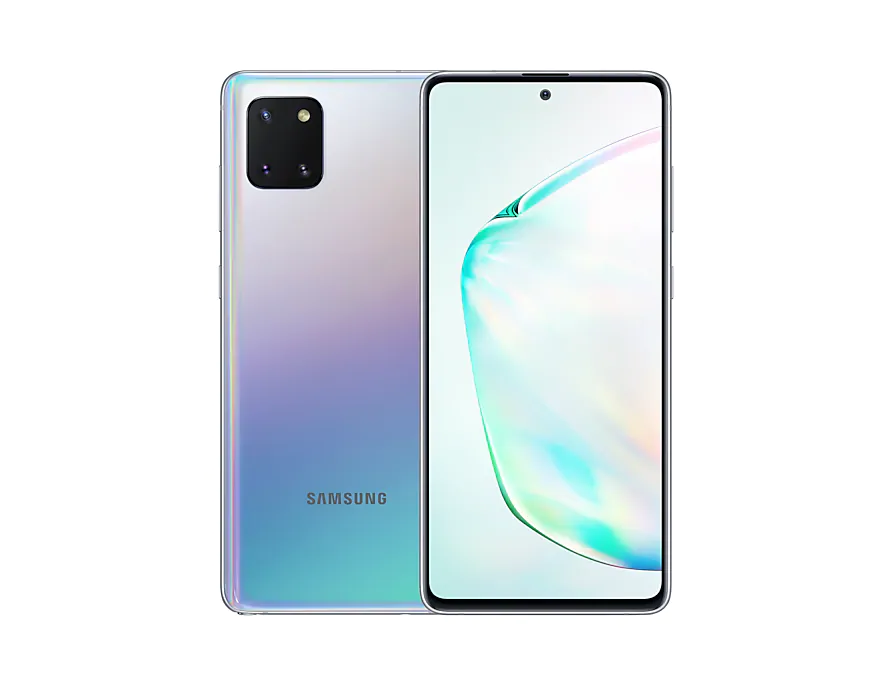 Samsung Galaxy Note 10 ‒ the flagship with a useful stylus Galaxy Note 10 has so many advantages that it is not clear where to start. In practice, it can be considered the trendy phones in 2019-2020. This is a great gadget in every way. But in our opinion, buying it is not profitable. At the same time, there is an impressive display, high performance, a useful stylus, and a lot of memory. It looks great, waterproof, with very good cameras, and a modern wireless connection. Nevertheless, it is very expensive when there are competitors in the market who offer not much less for half of the price. The operating system is Android 9.0. The screen (diagonal) is 6.3 inches. Display (resolution) ‒ 2280/1080 pixels. 256 GB of internal memory. Camera (main) is 16-MP + 12-MP + 12-MP. 8GB of RAM. 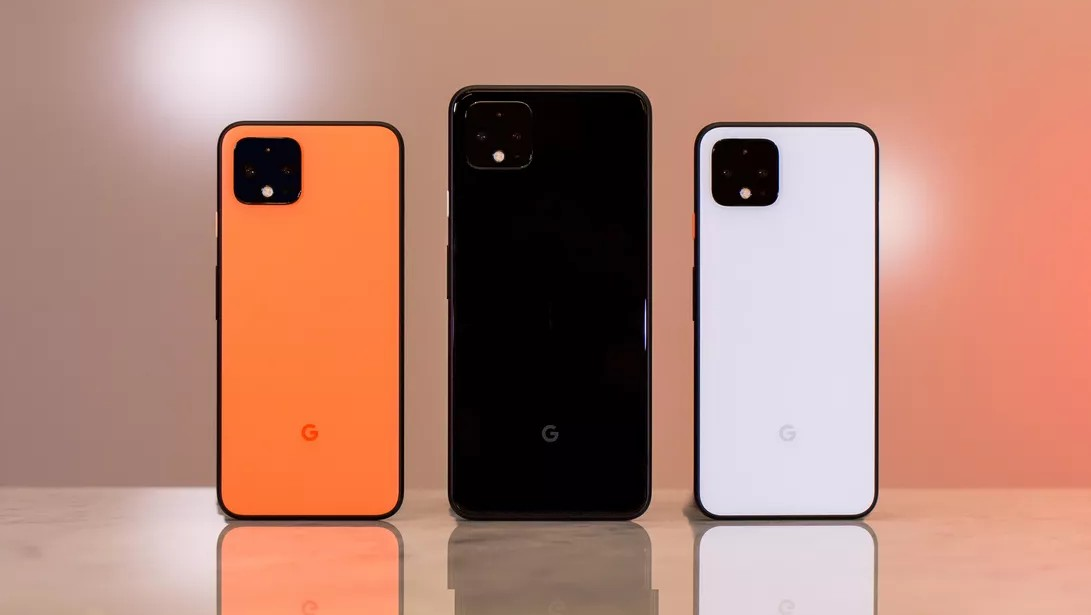 Speaking about good smartphones in terms of specifications, it’s hard to dispute the merits of Google Pixel 4. The novelty has got an improved screen with a refresh rate of up to 90 Hz. The 5.7-inch Full HD + screen is built on an OLED matrix, which guarantees a vibrant picture. In addition, there is an Ambient EQ function, which is responsible for adjusting the color temperature.

A dual-camera (12 megapixels and 16 megapixels) with optical and electronic stabilization is responsible for the pictures. There is phase autofocus, improved software algorithms. Detailed shots at night provide Night Sight mode. Another advantage of this device is an advanced smartphone unlock system in the face. Now a radar is installed, thanks to which it turns on the screen even before the user brings the device to his face. The front camera has an 8-megapixel sensor. The amount of RAM is 6 gigabytes, which is enough with the Snapdragon 855 chip to work effectively in any application. 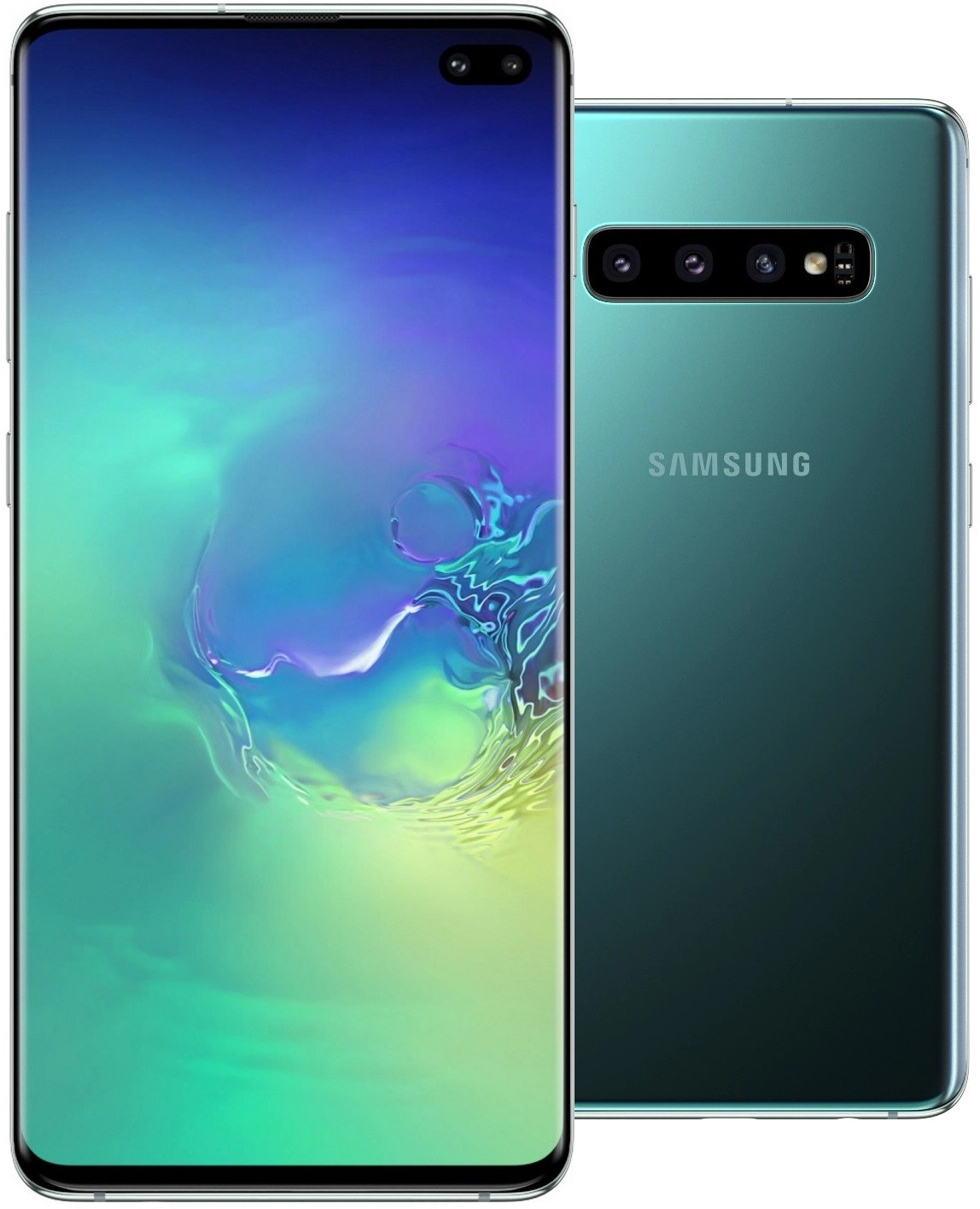 Samsung Galaxy S10 Plus model with a screen enlarged to 6.4-inch replenishes the rating of Samsung 2020 smartphones. This device also differs from the more compact classic version by the Exynos 9820 processors with a frequency of each of 8 cores up to 2.8 GHz. Special attention should be paid to the dual front camera with a laser cutout. The main camera includes a premium telephoto lens, a wide-angle lens in a variable aperture, as well as a “width”. You can shoot a gorgeous 4K video. Photos are of a premium level, professional ‒ what else can I say. The advantages include a capacious 4100 mAh battery with support for really fast charging. 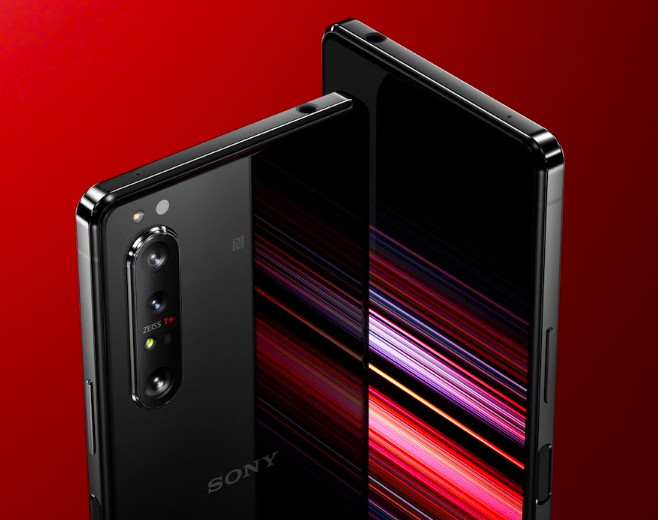 Specifications: 6.5-inch OLED screen with a resolution of 3840×1644. Xperia 1 is the world’s first smartphone with a cinema screen (CinemaWide), its aspect ratio is 21: 9, which is ideal for viewing video content. The operating system is Android 9.0, 128 GB of permanent and 6 GB of RAM, support for an external memory card up to 512 GB. Two SIM cards. Battery capacity ‒ 3000 mAh. UL Benchmarks autonomy test result ‒ 9 hours 18 minutes. Processor Qualcomm Snapdragon 855. There is a fingerprint scanner (side). There is an NFC.

Now Dolby Atmos technology, created in conjunction with Sony Pictures Entertainment, is also used in the smartphone ‒ it creates multidimensional sound around you and allows you to completely immerse yourself in what is happening on the display.

Xperia 1 is Sony’s first triple-camera smartphone. Each of the modules received a 12-megapixel sensor. The main module with aperture f/1.6 is equipped with a universal 26 mm lens, the second module received a 16mm wide-angle lens (130 °), and the third ‒ 52mm telephoto lens. The camera received 2x optical zoom, optical and hybrid image stabilization, various methods of autofocus, the ability to shoot in HDR, and record video in 4K HDR. Sony Xperia 1 is the first smartphone in the world with autofocus on the eyes (which tracks their movement) and it makes Xperia 1 the most trendy phone . 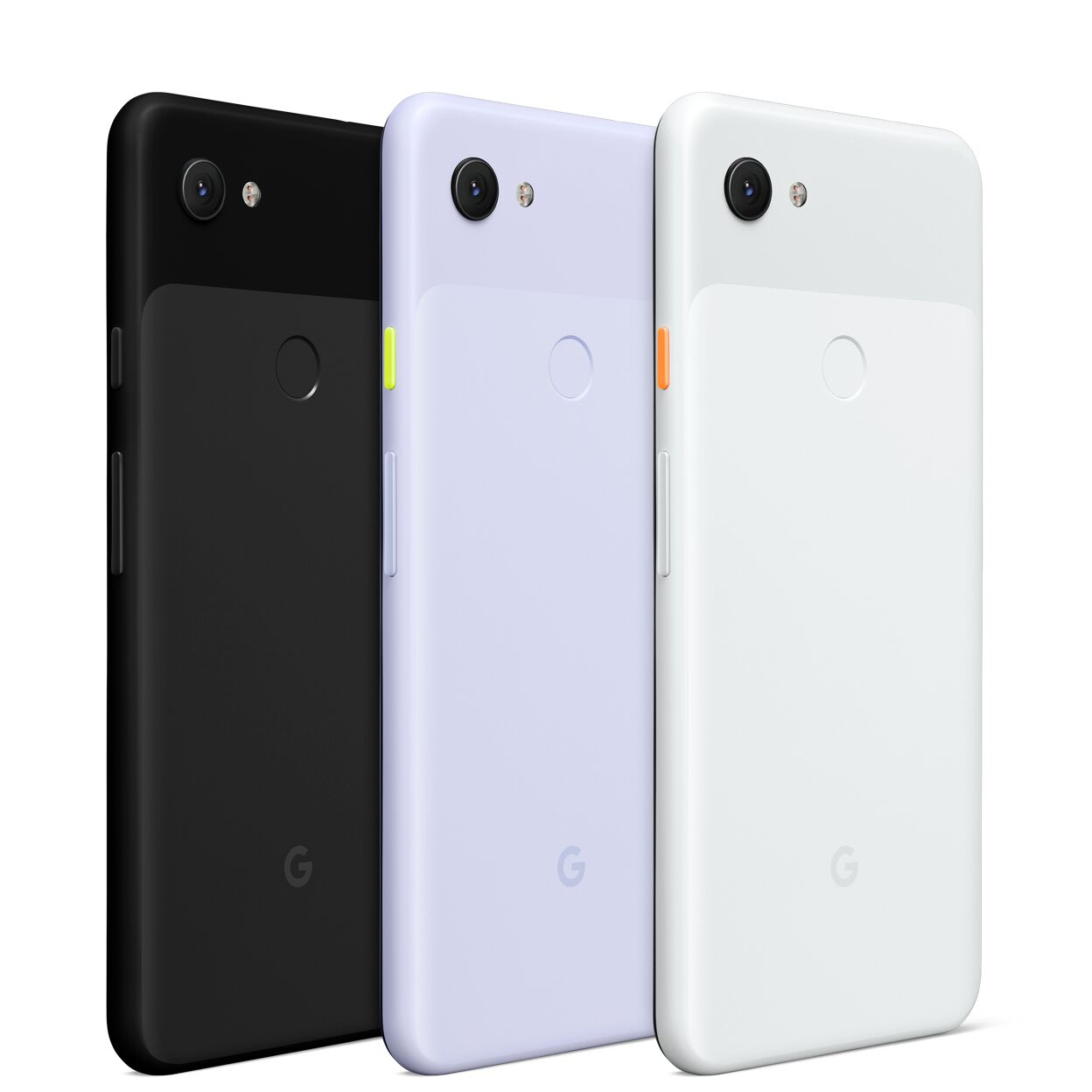 The main argument in favor of buying the Pixel 3a is its main camera. Smartphone has only one, but it shoots at an excellent level for the middle class. The advantages of the Pixel 3a can also be attributed to pure Android. Moreover, the device will regularly receive the latest system versions and security patches. Among the minuses are a nondescript plastic case and not the highest performance.