YouTube users on the territory of the United States can now upload and check out other people’s minute-long videos with a simple swipe. 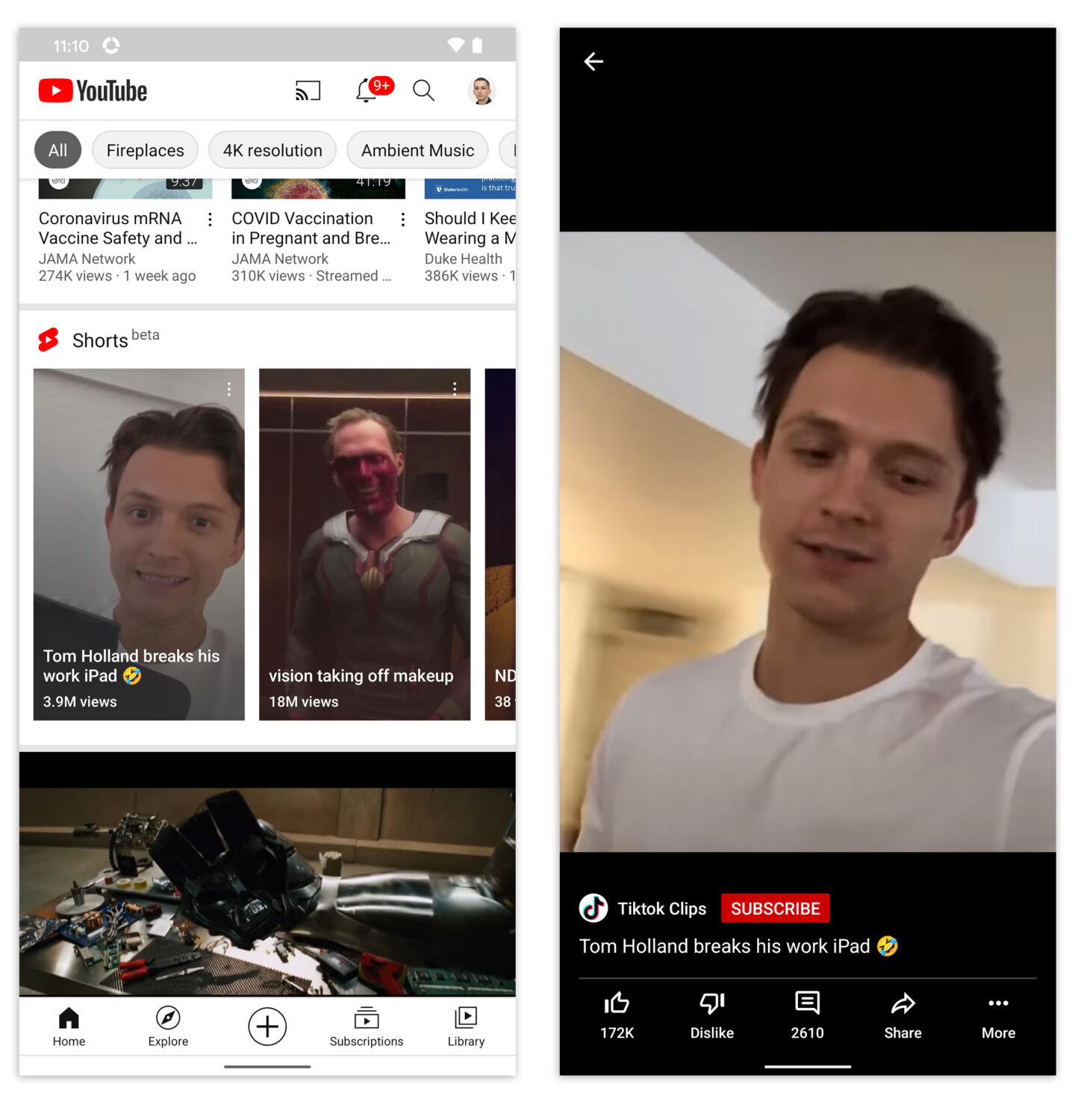 YouTube followed TikTok’s example and blessed its customers with ‘‘YouTube Shorts’’, which is currently active in the USA. The new development was initially live in India back in September last year and was first seen in the US region by XDA Developers.

Similar to TikTok, YouTube Shorts allows people to create and share their short videos of up to 60 seconds, as well as swipe through other clips on the app. The feature can be seen on the home screen of the app and it currently has a ‘beta’ sign next to it. The way it is operated is precisely the same as TikTok with a full-screen vertical video interface, where individuals can swipe on to the next video. Like in all other social media apps, people can like, dislike, leave a comment or forward the clip. Furthermore, we can tap on a particular username so you can see all their minute-long pieces. What is different is that the shorts in YouTube act as ordinary YouTube videos as well, which means that they show up on the channel pages and the feeds, where you can’t tell them apart from the standard videos. They use YouTube’s ordinary interface and not the one from TikTok, which seems to be the only way to watch these videos on a computer.

The most popular one of TikTok’s features is perhaps the video editor that provides us with a lot of options about what to add to the videos ‒ effects, filters, sounds, and different playback speeds to give the clip that TikTok vibe. YouTube Shorts, on the other hand, lacks most of the features and for now, one can only adjust the speed and add music.

TikTok currently has around 40 million users in America, however, as reported by App Annie, this year the number will probably reach 1 billion globally. Most of these users are from China, where the social media app originated, and where 400 million active users log in every single day.

YouTube is still the largest and most popular video platform in the world and its strategy for knocking over its competition with a new video format is often to simply copy what the others do. Back in 2015, YouTube presented us with YouTube Gaming, a livestream gaming platform that pretty much imitated Amazon’s Twitch.tv. Four years later its interface was killed, yet the livestreaming and the chat option gained popularity in some communities and even today one can find a small live-gaming community on YouTube. Let us also remember that back in 2017, YouTube came out with YouTube Stories (first introduced as ‘‘YouTube Reels’’) that enabled channels to upload short update clips only available for seven days, much like Snapchat. Nowadays, it’s only natural that YouTube scans for the most popular choice (TikTok) and tries to mirror its 60-second clips. Facebook did its Tik-Tok-based research too and gave its users ‘Instagram Reels’.

YouTube Shorts was initially only introduced in India last September, which many consider being a thoughtful decision because TikTok was banned in India back in June. Naturally, YouTube Shorts was popularized in India (partially due to lack of competition) and the company reps even revealed that the feature was stacking ‘‘more than 3.5 billion daily views’’.

TikTok belongs to ByteDance (a Chinese company), which resulted in TikTok and more than 100 various Chinese apps being banned in India. TikTok also faced criticism by the Trump administration and for a while, many believed that the app would be bought by Oracle.  Nevertheless, probably since Trump did not win the election, his administration appears to have forgotten about the TikTok issue, and currently, it looks like TikTok will remain active in the United States.