The Largest Deal in CSGO: Why Two Skins Cost $780K

The largest deal in the history of Counter-Strike: Global Offensive took place in Shanghai. The collector gave $780K for just two skins. The payment was made in cash – the buyer brought a bag with 5 million yuan. If during a CSGO trade the payment is made in cash, the skins are priced slightly lower than, for example, when exchanging skins for skins. This means that these skins are even more valuable.

So what are the skins involved in the deal and why do they cost so much?

Let’s start with the one that costs “just” $250,000. It is the sniper rifle Dragon Lore factory’s new version. Let’s delve into its history.

For a long time, this Souvenir AWP Dragon Lore was considered the cleanest one in the world. However, now it is only in third place. But it has one advantage, which is the reason for such a high cost. It is a full set of Titan (Holo) Katowice 2014 stickers.

This Dragon Lore has no native stickers – they were removed god knows when. But if you search a little, you can find that this Dragon Lore dropped back in 2014 in the ESL One Cologne match, in the game between Cloud9 and Ninjas in Pajamas. So there were stickers of these teams and the tournament. But all these stickers were replaced with a full set of Titan ones.

How long ago this happened is difficult to say, because before it was not a problem to get a Titan sticker. And recently they bought only one Titan (Holo) Katowice 2014 sticker for $43,000. This is a record price for this sticker.

In addition to Dragon Lore, there was a second skin in the deal. StatTrak AK-47 Case Hardened with minimal wear and the #661 pattern was priced at $530,000 and became the most expensive CSGO skin.

This AK-47 also has a set of Titan (Holo) Katowice 2014 stickers. Unlike Dragon Lore, this set on the skin with this pattern looks just perfect. This is a very rare item in the game, especially with these stickers. Its drop rate is very low. Has this happened only once? No, it’s not. And that is why it is not very clear why this AK-47 has such a high price.

Yes, it looks cool, and it has insanely expensive stickers that cost $40,000 each. But a uniqueness factor has a huge impact on the price – like in the case with Dragon Lore. However, our AK-47 is not so unique. And if we check the list of top-rated AK-47s, we will see that the first and second places have the same set of Titan stickers. It is rather strange that a non-unique skin that is not the top 1 costs $530,000.

What do we know about the collector who decided to buy these CSGO skins? He played Counter-Strike for only 290 hours. Most of the Chinese collectors do not play CSGO so much and at the same time have the titles of stars. They are more interested in the items. 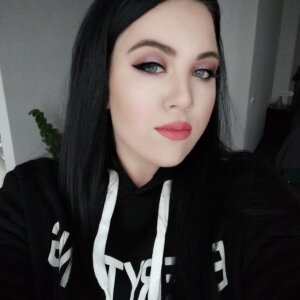 I am an artist who loves to experiment and create. I draw explicit artworks, as it is relevant among consumers of content and it is not surprising that even now people are fascinated by a naked body