A total of 217 new emojis have been approved and will hit devices during 2021.Extras include a burning heart, a face in the clouds, a woman with a beard, and new blended skin tones for couples.

This is a relatively minor Unicode update that implements a new timetable as a result of the phasing out of Unicode 14.0 due to COVID-19. Most of the supplements are for mixed skin tone options. 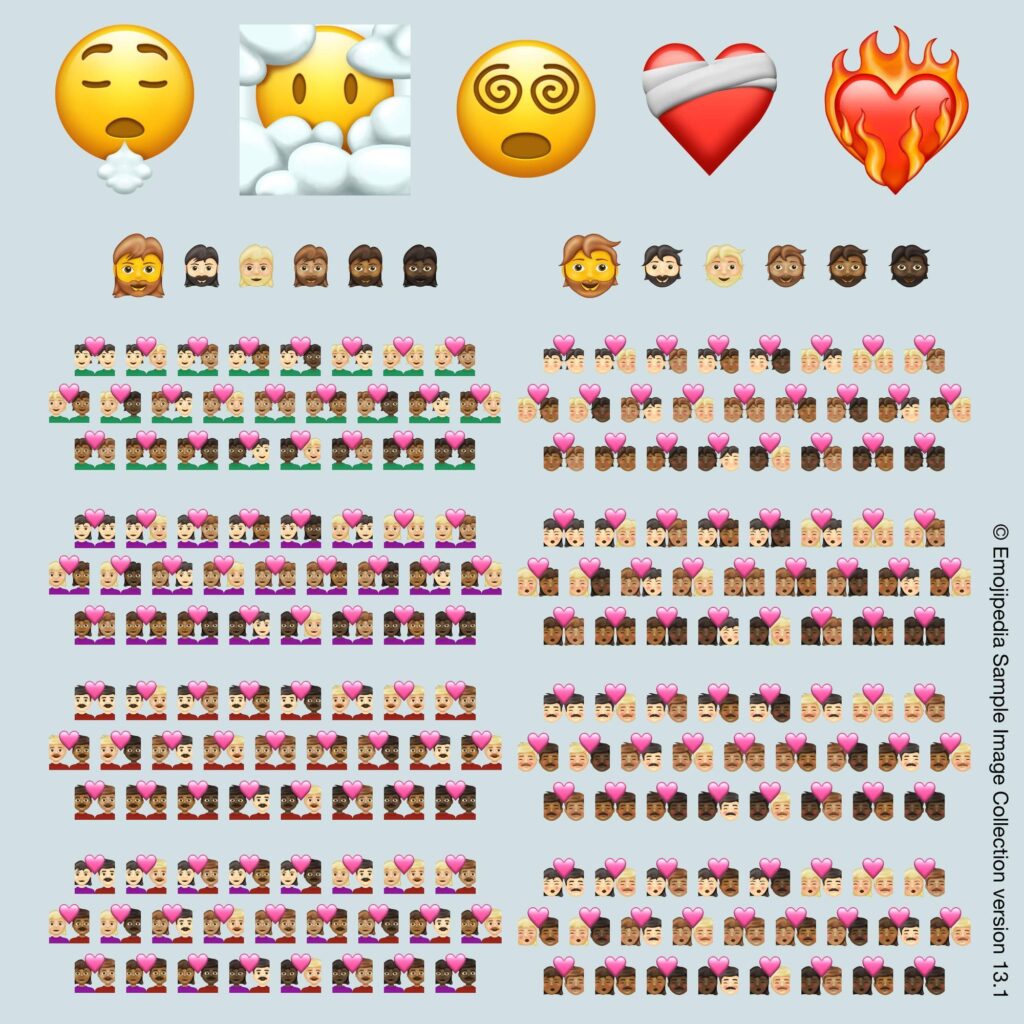 Announced Unicode, they form a release billed as Emoji 13.1 and are subject to the new Consortium timeline.

At press time, the rollout of Emoji 13.0 has yet to hit most devices, with Google and Samsung just starting rollouts last month to a subset of phones.

Apple’s new emoji support was announced in July and will hit iOS this fall.

So, this announcement of a future emoji release ‒ Emoji 13.1 ‒ comes to most people before they have access to the latest announced emoji set.

In years past, the March version of Unicode has worked well with vendors shipping major OS updates in September-October. This gave roughly six months from the end of the Unicode release until the major update was sent to consumers.

Web apps could start receiving these updates in the coming weeks or months, while major software updates are likely to arrive anytime from January 2021 to potentially no later than October 2021. Technically, any vendor can immediately support these emojis as long as the product terms allow.

While the announced 217 new emojis sounds very impressive there are only seven truly new icons. The other 210 “new” emojis are just additional skin color options for the existing couple with a heart and couple with a kiss emoji.

In this release, three emojis are new, two of which are brand new and one disambiguates. 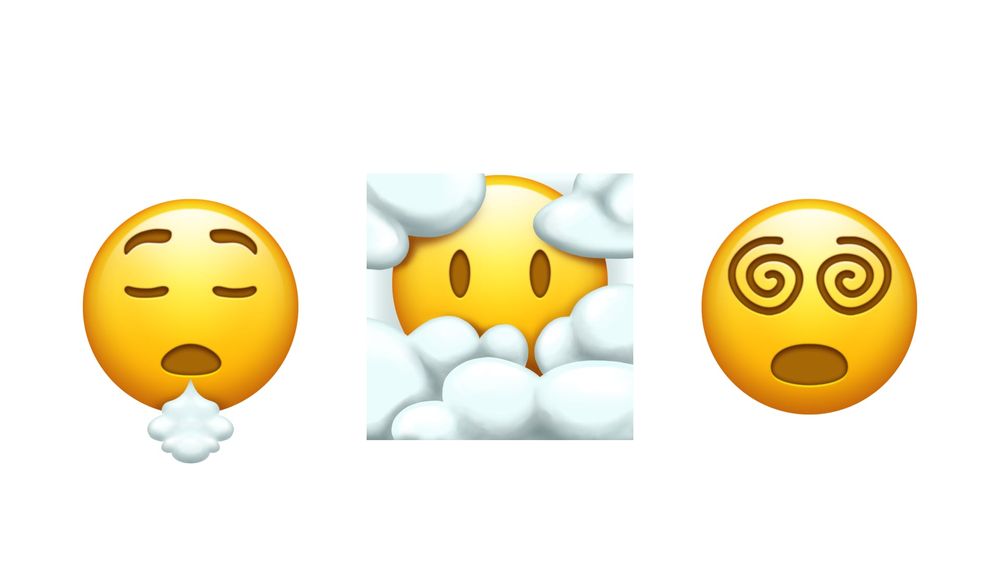 Hearts are some of the most popular emojis, with Red Heart consistently ranked among the top 10 emoji across multiple platforms. 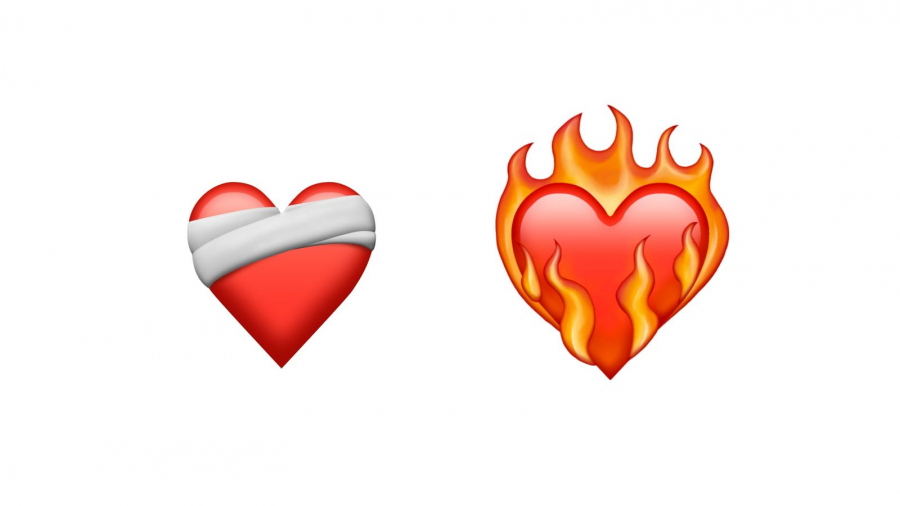 A heart on fire can be used to represent desire or lust, or it can indicate a feeling of burning past love and moving forward.

Mending Heart ‒ a red heart with a bandage on one side ‒ can be seen as the opposite of the Broken Heart emoji.

Unicode has the goal of standardizing choices for people in a set of emojis, which often includes ensuring that each variation has a gender-neutral person available by default, with most offering female or male choices as well.

This update is no different: emoji for the bearded man intending to switch to a gender-responsive design and new features provided for a specific feminine or masculine variation. 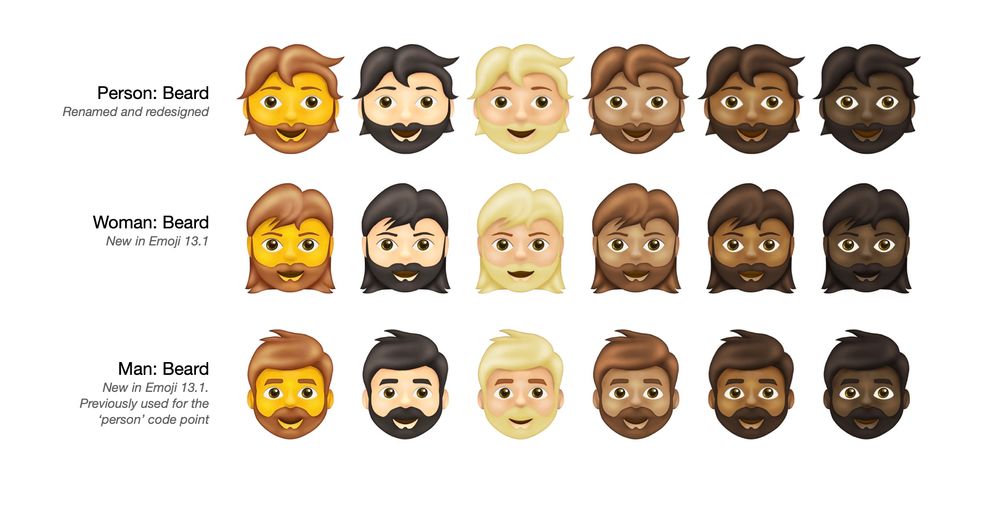 Each company has a different perspective on how gender-neutral emojis are rendered, but they generally all include medium-length hair, and some platforms also use face or eyebrow sizes to differentiate between gender dimensions.

200 of the 217 new emojis approved today by Unicode should allow skin tone options for 💑 Couple with Heart and 💏 Kiss. This solves the longstanding problem that yellow people, despite being conceived as a neutral color, are more closely associated with whites than people with darker skin tones.

Taking into account five skin tone options, each emoji requires 25 new sequences to provide a different skin tone for any person in a pair. 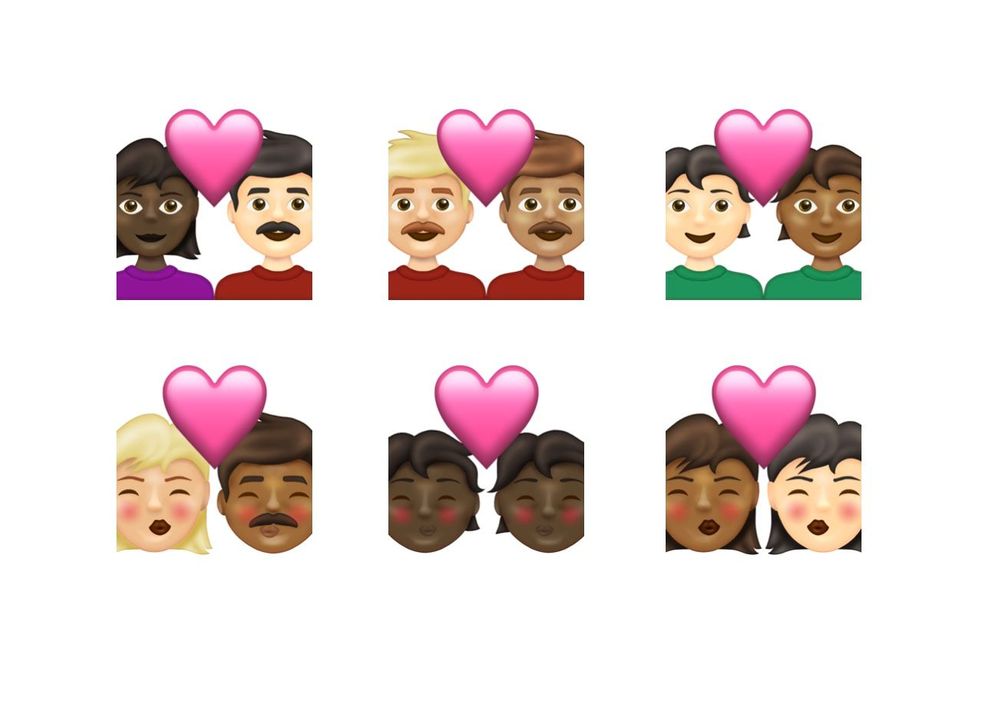 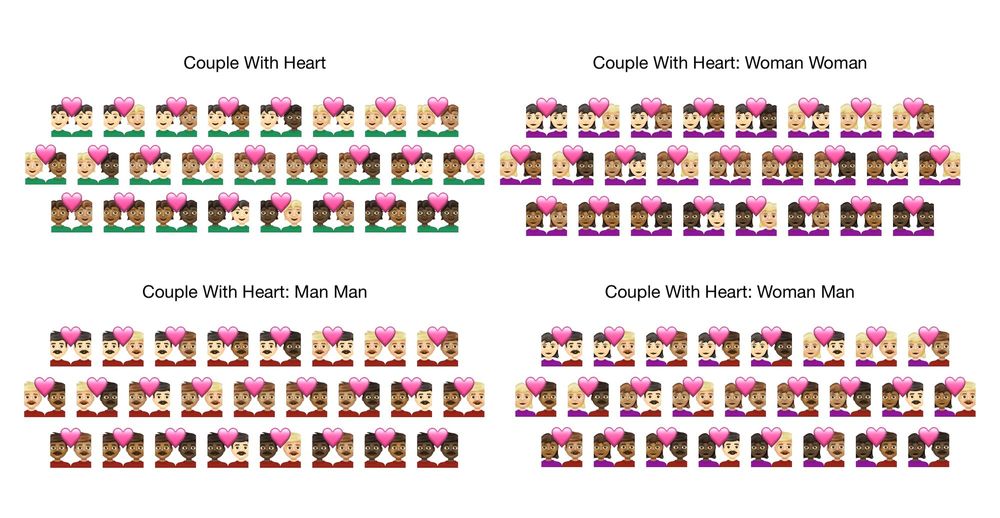 The same calculation applies to skin tone options in all variations 💏 Kiss:

These updates are in line with the mixed skin tone options for People Holding Hands added in Emoji 12.0 and Emoji 12.1 in 2019.

Several different details about this update.

Until recently, the existing bearded emoticon was called “Man: Beard”. It will be renamed “Man: Beard” in future releases with new additions created for “Woman” and “Man”.

To understand the meaning, the name in the Unicode Character Database (UCD) for 🧔 U + 1F9D4 has always been Bearded Man, making him gender-neutral. Since this emoji was listed as a male in TR-51 (Unicode Consortium Emoji Document), the CLDR (Common Locale Data Repository) name in English has been set to “Man: Beard” ever since it transitions to Person: Beard. Some platforms already support generic skin tones for Kiss and Couple With Heart since it is not mandatory for vendors to limit skin tones to the RGI set (recommended for general exchange) specified in Unicode. New on almost all platforms ‒ the ability to set skin tone for each person individually. A related example is a handshake, for which Unicode does not recommend skin tones, but most vendors implement it anyway. Support for mixed skin tones for handshakes is planned for Emoji 14.0.

Face With Spiral Eyes solves a long-term problem in which most vendors show 😵 U + 1F635 with X-shaped eyes, but some show spirals. With the new emoji, all vendors will display the existing X-eyed emoji and the new emoji with spiral eyes.

Since Apple and Microsoft are the two main vendors that don’t support Emoji 13.0 yet, will they go straight to Emoji 13.1 or will they keep that until 2021? Time will tell.

Data files have been published and are available to vendors for consultation on the implementation of Emoji 13.1. Incidentally, they’ve been available since Tuesday, September 15, 2020, effectively confirming the release three days before today’s Unicode announcement.

Also, the Unicode charts are now updated to reflect the latest additions.