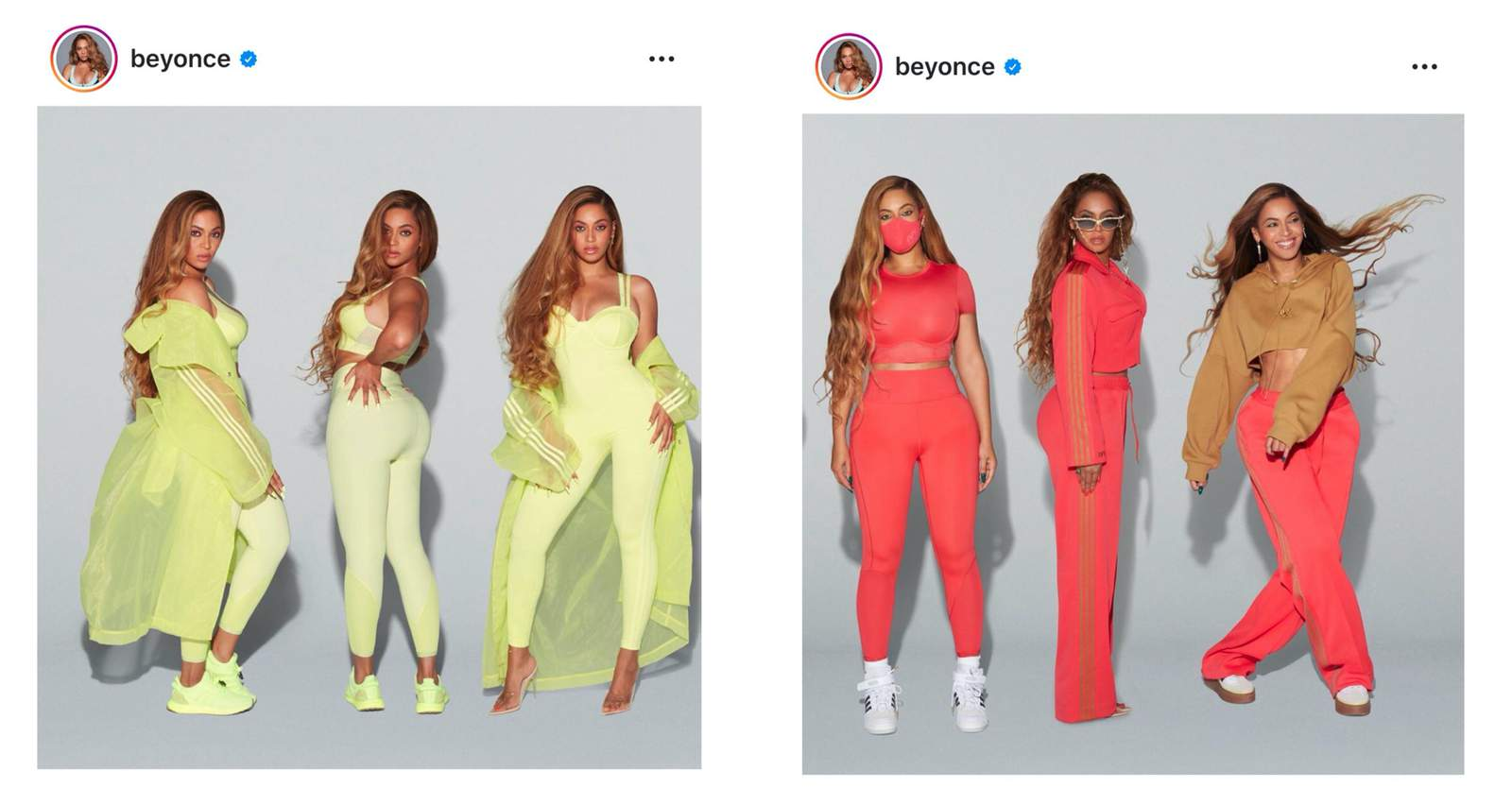 This isn’t a fucking drill! After the success of her first collection (back in January), Queen Bey blessed the Beyhive with a second brand new selection of attire ‒ Adidas x Ivy Park. Beyoncé took to much-trusted Instagram to share the great news about the follow-up to her first collaboration. The singer created the hype by preparing fans for a new range of outerwear, athleisure, and loungewear styles. Her 156 million followers on IG were undoubtedly overjoyed by seeing that neons dominated the collection ‒ pink, tan, neon yellow, and green. We can see why the new drop was sold out so fast. The athleisure line is gender-neutral and provides matching sets, sports bras, hoodies, leggings, jackets, bodysuits, and bike shorts, as well as some accessories (belt bags, hats, socks, and a duffle bag). And they’re all in the sizes XXXS to 4X! Can you be more size-inclusive than that?! The selection’s slogan was also cool af ‒ ‘This Is My Park’.

Our Houston-born Queen didn’t stop there. She also created an accompanying sneaker drop too, which included six shoes, one of which is the UltraBoost OG (in the highlighter-yellow color). Bey’s favorite classical model from Adidas is known to be The Forum (dating back to 1984 as a basketball shoe) and she brought it back in all-mint and mid-top design with the Ivy Park logo on the strap. Back in the very first collection, the singer focused on the Nite Jogger, and this time she’s added it to the collection again.

“Colour became a way to offset the sadness we’ve all been experiencing this year,” shared Beyoncé. “I am happy to reintroduce the iconic Forum, one of the most innovative sneakers of its day. While we all still feel a bit uncertain about the times, I hope this collection for men and women makes everyone remember better times and that it adds some joy, fun, and playfulness.”

Just two weeks after the release at the end of October (2.1), our favorite performer updated the collection (on Nov, 17) this time focusing on monochrome brown and black colours (matching with fall and winter) in contrast to the neons from the 2.1 issue. Mrs. Knowles-Carter named the update with the clever name ‘Black Pack’. A face mask is among the items of 2.2, appropriate to the Corona times. This capsule also features chic-style track pants, suits, cropped jackets, a cut-out bra top, bodysuits, leggings, and biker shorts. There’s also footwear included in the black & brown collection ‒ a white sneaker completed with the classic Three Stripes accents. (Bey gave an accidental sneak peak of the shoes and outfit back in August when she was caught leaving a photoshoot). Every shoe is also equipped with lacing and hook systems to allow the wearer to clip the shoes to a gym bag. 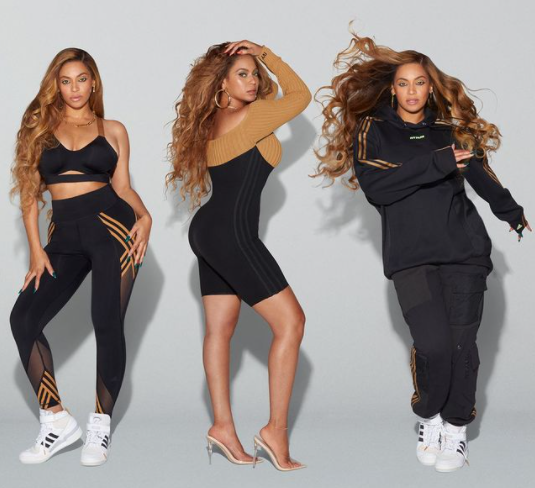 Beyonce is not the first big celebrity to collaborate with Adidas on a clothing line. The company also works with Kanye West on his Yeezy label. Both of the collabs have simply proven that the combo celeb+cool clothes is very successful. This is part of Adidas’ strategy to have influencers join as ‘creative partners’ for limited capsule collections. Adidas says the Drip 2 collection is: “inspired by the inner beauty, strength, resilience, and energy of artists who have found their respective parks.” Back in March (just two months after the first gear dropped), the company’s CEO (Kasper Rorsted) praised Queen B during a financial result conference. He even mentioned she is “probably the most influential female entertainer in the world today,” and added, “Whether its footwear or apparel, we’ll continue to do launches throughout this year in both categories where Beyoncé will bring her inspiration, her creativity and her brand to the unique brand of Adidas.” (Similarly to other retailers, Adidas has also been affected by the pandemic. Back in August, the company reported a 27% year-over-year decline in net sales ‒ more than $8.3 billion for the first half of 2020.)

Beyonce sent massive wardrobe gift boxes to some A-listers like Mariah Carey, Kehlani, Marsai Martin, Janet Mock, and Kerry Washington. The Queen’s protégés Chloe x Halle displayed the clothes together beautifully on social media and Mo’Nique featured the attire in a solo haul video (using a remix of Beyoncé’s “Already”). The clip praised the plus-size clothes for “…beautiful PLUS/FULL SISTERS. Thank you so much Beyoncé. And big girls, we asked for it and we got it,” she said in the video. “So let’s see the magic our sister Beyoncé is giving to us.”

Even with her first collection at the beginning of the year, the ‘Lemonade’ singer surprised celebrities like Reese Witherspoon, Ciara, and Cardi B with her clothes.

If you’re not one of the lucky ones who got sent a PR package, the collection can be bought at Adidas, ASOS, DTLR, Finish Line, Foot Locker, GOAT, Sneakersnstuff, and SSENSE and it ranges from $25 for accessories to $200 for shoes. Go get your Beyonce-drip ASAP! Every collection the Grammy-winner has put out has been a hit and it’s also sold out almost immediately. After all, that’s Queen B for you.