TWIFT | Lifestyle | Billie Eilish Сomes Out With A Short Movie

Billie Eilish Сomes Out With A Short Movie

Billie Eilish is loved and adored by us all, she’s basically every girl’s mood 24/7. And considering today’s society and the need to be politically correct.

It’s no wonder that artists like Billie Eilish decide to use their influence to send an important message. That message is that they’re exactly that ‒ artists and most of all people. They make mistakes, they’re not perfect, and they want the public to know that. Females are judged based on weight, height, face structure, makeup, hair ‒ the list is endless. They’re under detailed scrutiny, living in the 21st century when the social rights movements fight constantly to ensure all people can share their opinion and vision with the world. Like Billie. She’s allowed to be whoever she wants to be and look the way she wants to look. 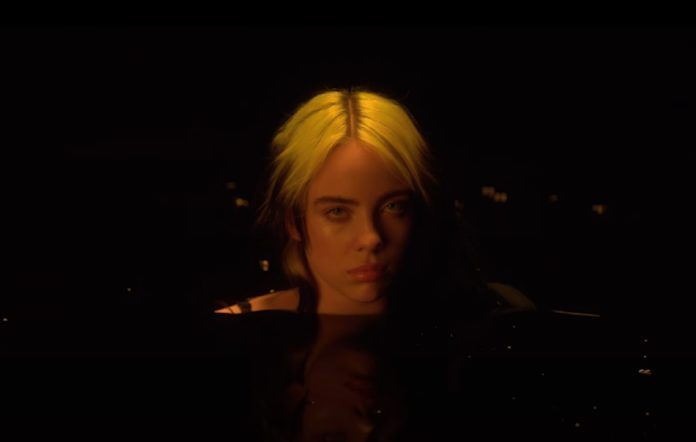 Billie Eilish is used to being the bad guy, so naturally. She’s not at all shy to let everyone know that what they think of her body and attitude is none of their business. This, therefore, means Billie was sassier than usual, given that her statement is that she doesn’t bear responsibility for others’ opinions. It’s kind of relieving to see that Billie struggles with the exact same problem most millennials do. That problem is constant fear from society’s dissatisfaction regardless of what one does. We’re concerned that what we do and how we present ourselves can make us or break us. Which, is not the case at all. It’s everyone’s responsibility to be better than their initial judgment and get to know the person beneath before simply pointing a finger.

The video is set up with the intention of stripping away shine and sparkle. The whole 3:42 clip is set up in dim light and it’s just Billie Eilish ‒ alone. She’s dressed in a huge hoodie that initially covers her up, but while focusing on Billie taking the sweatshirt off, the message becomes clear. A lot of people are discussing the dark side of Billie’s enormous success ‒ even Billie herself. The artist has mentioned in interviews how bad she feels about being detached from fans who only care about photos . And she doesn’t care about her personality and music as much anymore. Most of her lyrics also reveal the loneliness that can arise from constant social criticism regarding weight, clothes, makeup, etc.

So, it only makes sense that a lot of other celebrities will relate to Billie’s message. A whole bunch of other artists who felt the exact same way the singer did, immediately upon release reshared the video in their #Insta stories in order to show support and admiration. Like Billie doesn’t already have a great fanbase to do that.

The way Billie Eilish provokes in the video is by asking her audience what they’d like her to be ‒ her size, her behavior, her height. The aim of the rhetorical questions is to show everyone that no matter what someone does. The public will still point out their flaws or imperfections ‒ so you might as well just be you. You can’t go wrong when you trust yourself.

But the reason fans around the world relate to Billie Eilish so much is that she isn’t scared to express how hard it is to trust yourself and be yourself and how insecure she feels. The singer has often shared that she has many issues with her body and although her style is great. She makes a point of always using her clothes to cover up. This time she didn’t. And we love it. Billie submerges in water in her new short video, and we relate to her yet again. She’s bound to keep being our strange addiction and even though she shies from it we’d like to see that side of her more often. But our opinion is not really her responsibility, so it’s up to Billie herself.