Our strange addiction Billie Eilish is in the spotlight yet again. Like many other celebrities, the 18-year-old singer is often criticized for the way she looks and acts. This time people seem to have issues with the way Billie is dressed and naturally, the performer clapped back in the best way she found fit.

On Oct.13, the ‘Bad Guy’ singer went to Instagram (and her 67 million followers on the app) to ask a valid question. In one of her recent posts, Billie decided that an appropriate caption would be: “Do you really wanna go back in time?”. The posted photo featured the singer herself and there’s no denying she does look sexy in it. Check out the pic . 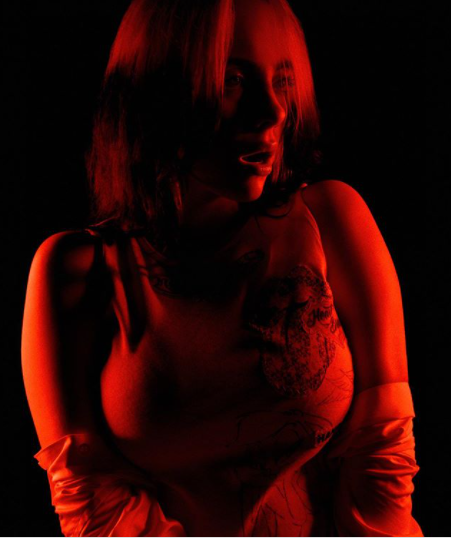 In the photo, she shared on IG, Eilish gazes away from the camera with her mouth slightly open (in a super sexy way, of course) and she’s covered in red light. The young star didn’t confirm, however, a lot of people are convinced that this is her way of shutting the haters (and especially body-shamers) up. 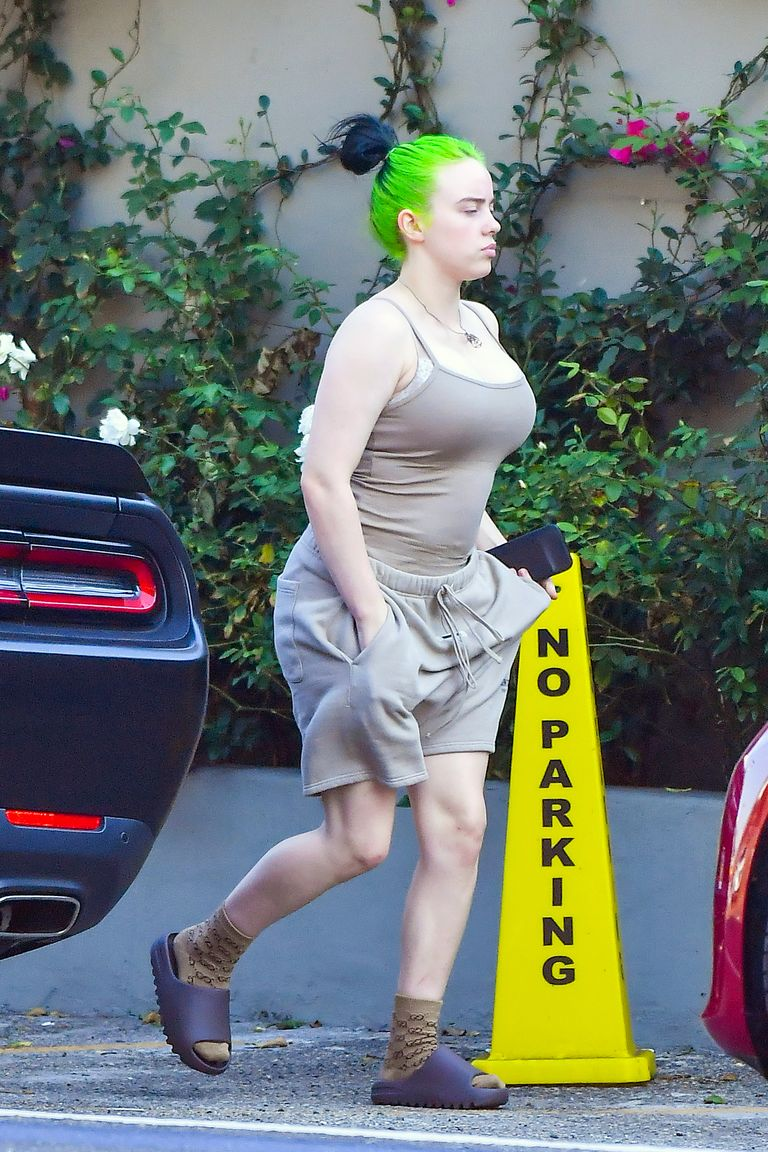 This comes as no shock after Billie faced heavy criticism from some people regarding the way she was dressed and the way her body looked in recent paparazzi pics. The singer was snapped while she was out and about in L.A., wearing a tank top and shorts. This obviously came as a shock to a lot of people, who instantly started shaming Billie, her figure, and her choice of clothes. Eilish usually dresses in baggy, oversized hoodies and sweats.

This is probably another reason why people thought it was such a big deal. But to Billie ‒ it’s not. She recently shared in an interview that some days she feels like wearing a hoodie and others ‒ she feels like wearing a tank top. She also added that she doesn’t really understand why it’s such a big deal and mentioned that soon she’ll be a woman and her style can eventually change. The singer has elaborated multiple times that a big part of the reason why she wears oversized clothes is that she doesn’t want and approve of people sexualizing her. Can you blame her, though? She takes her baggy hoodie off one single day and the whole internet goes nuts.

Some fans seemed to think that the caption of Billie’s IG photo (“Do you really wanna go back in time?”) is a reference to the previous body-shaming the singer has dealt with. We can’t deny that Billie is a visionary and she proved it yet again. Just seven months ago (back in March), Eilish shared a powerful video regarding body image.

In the video, she removed her clothes by saying: “You have opinions about my opinions, about my music, about my clothes, about my body. Some people hate what I wear, some people praise it. Some people use it to shame others, some people use it to shame me… If what I wear is comfortable, I am not a woman. If I shed the layers, I am a slut. So while I feel your stares, your disapproval, or your sighs of relief, if I lived by them, I’d never be able to move… Would you like me to be smaller? Weaker? Softer? Taller? Do my shoulders provoke you? Does my chest? Am I my stomach? My hips? The body I was born with, is it not what you wanted?’’ .

The video ends with the singer concluding, “Though you’ve never seen my body, you still judge it and judge me for it. Why? You make assumptions about people based on their size. We decide who they are. We decide what they’re worth.” Billie slammed the body-shamers back then with her video and she’s done it again now.

Billie, however, didn’t stop there. She also shared a short video by Youtuber Chizi Duru. Chizi made a TikTok trying to normalize real bodies. The Youtuber shared that TikTok on her IG feed and Billie reshared that post in her own IG story. In the video, Duru says, “Ya’ll gotta start normalizing real bodies, OK? Not everyone has a wagon behind them, OK? Guts are normal ‒ they’re normal. Boobs sag, especially after breastfeeding. Instagram isn’t real!”

You can check out the IG video here.

The ‘Ocean Eyes’ singer has been super successful and popular since she released her debut studio album last year (‘When We All Fall Asleep, Where Do We Go?’). The album did more than great and hit the pinnacle of sales charts around the globe. It also scored five Grammys earlier this year for Billie, including a rare sweep of the Big Four categories: album, record, and song of the year plus best new artist. Billie Eilish broke records left and right. She also became the youngest album of the year winner in the entire Grammy history (just at the age of 18!) and the youngest singer of a Bond theme (“No Time to Die”, again ‒ when she was only 18!).

While we’re on the topic of Billie’s success and motivation: during the pandemic, most of us just worked from home (at best…), ate a lot, chilled a lot, and basically just gained weight and slept. The singer, however, unlike the rest of us, was working hard and kept being productive during the pandemic, while most of us couldn’t get out of our PJs.

In an interview for The Tonight Show, Billie Eilish and her brother (and collaborator) Finneas spilled that they’ve been in the zone recently. “We’ve made a lot of music,” shared the singer with host Jimmy Fallon, “I don’t think we would have made it otherwise if we hadn’t got this time. So as much as it’s been terrible to have this going on in the world, I think it has birthed some things. We have been really lucky with it.”

Let us also not forget that Billie’s music video for “No Time to Die” is also due out Nov. 20 and she also announced a global ‘Where Do We Go?’ live stream concert. Billie has actually been working super hard recently, instead of simply enjoying her fame. She definitely tries to be different and authentic and fans adore her for that. She actually tries to better the industry and make something better for herself. It’s just common sense that instead of shaming her day in and day out, we could try to support the few performers that try to be decent.