Elon Musk responded to a photo of him and Jeff Bezos dating back to 2004 with astonishment and a little shock.

Tesla’s CEO wrote: ‘Wow, hard to believe that was 17 years ago!” And honestly, we can relate. It’s surprising how often we are left feeling so old and we simply wonder how time flies so quickly. The same goes for people like Elon and Jeff but for them, time probably seems to be passing by even more quickly because of how much they’ve accomplished in such a short span. 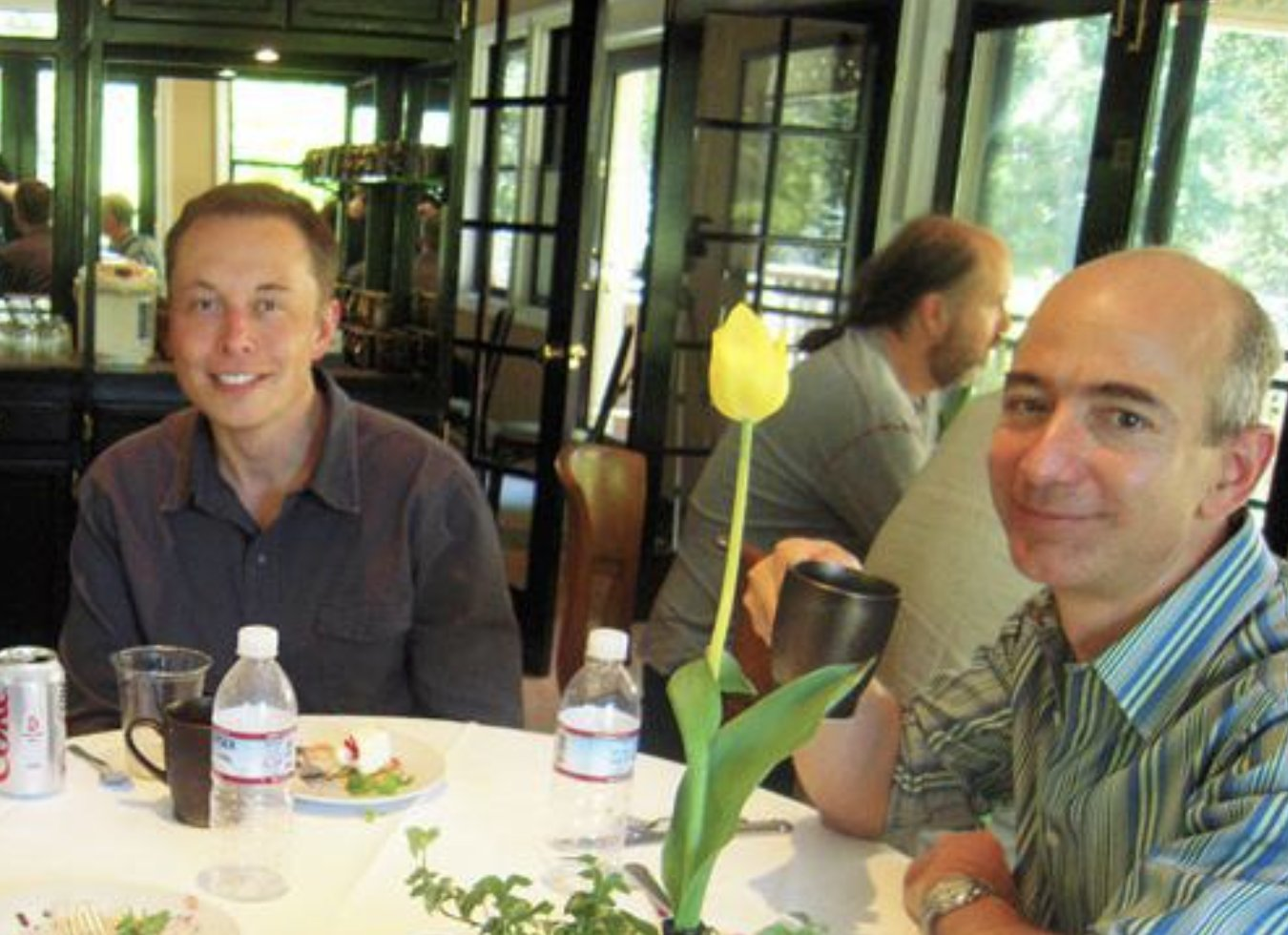 The throwback was circulating social media when SpaceX’s CEO noticed it. The pic was originally shared by the Twitter user Trung Phan and it started trending even more after Musk commented.

Additionally, Trung Phan described the setting in which the photo was shot: “In 2004, Elon Musk and Jeff Bezos met for a meal to discuss space. It was one of their few in-person interactions. The conversation they had perfectly captures the different approaches they’ve taken to space exploration.”

This snap might just be the indication we needed of the equation between Tesla’s CEO and Amazon’s founder.

Since Trung Phan shared the picture on Twitter, Musk’s response has gained 7,100 likes and this number will probably rise.

The rivalry between Elon and Jeff is currently ongoing. In case you’ve been living under a rock, Bezos has always been into space despite his endeavor with Amazon. Back in the late 1990s, the company was different than what we know today and Jeff wasn’t even in the race for the richest person. But Bezos had always been interested in space. He told the Miami Herald in 1982 (after he graduated high school as valedictorian) that he wanted to create outer space colonies for millions of people.

21 years ago, he introduced Blue Origin and the company’s aim was to work on human spaceflight. Two years later, Elon created SpaceX with the help of the money he received after eBay bought PayPal. Another two years after that, Bezos and Musk actually met for a friendly lunch in order to discuss space. However, this meetup could have been the start of a conflict that kept going for more than a decade.

Through the years, these two have sniped at each other on multiple occasions (mainly space-related). This time, only Musk responded to the throwback pic. We’re yet to hear from Bezos but it’s safe to say their feud probably isn’t going to be over any time soon.