Please don’t ride the elephants if you visit Thailand 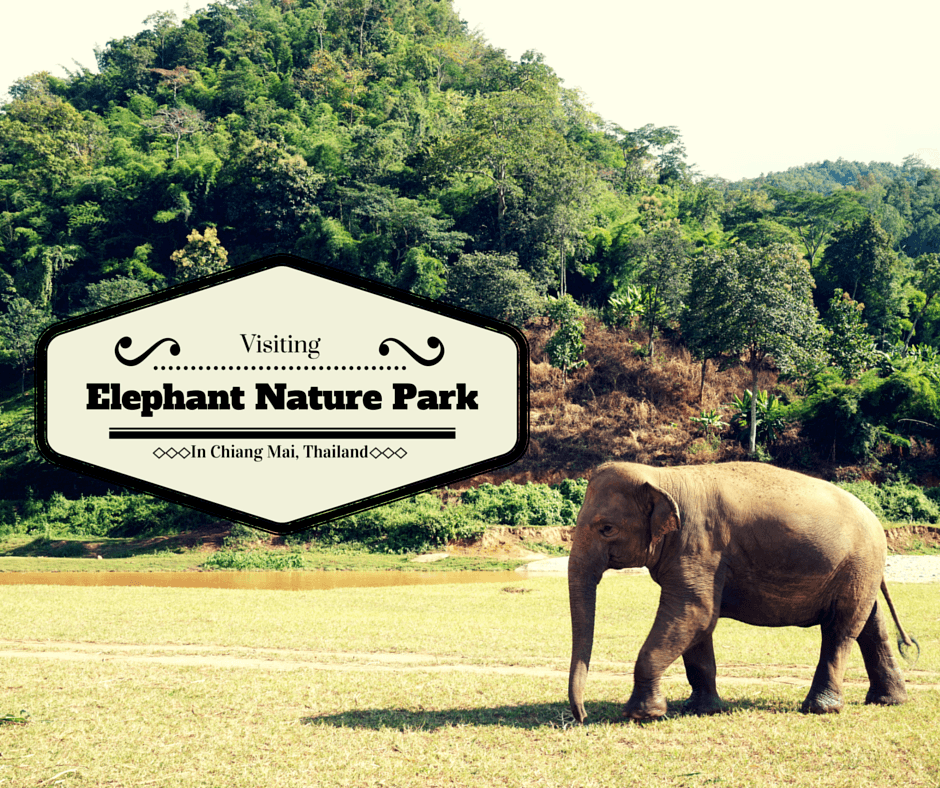 I bet you’ve come across many influencers’ IG posts in which they pose on top of an elephant somewhere in Thailand. And while we’re so caught up in our social media life nowadays and riding an elephant seems like the perfect getaway from it all, the whole experience is not entirely fun.

I too have seen photos of people on top of a huge elephant and thought that it would be a super cool thing to do in one’s lifetime, a bucket-list-worthy adventure. But the reality of this very popular tourist venture is extremely alarming.

I’ll admit that the idea of sitting on a 9-foot-tall massive animal while roaming nature’s jungles sounds liberating and even kind of innocent- going back to roots and all. This is especially true if you’re a backpacking nomad in search of culture, amazing memories, and an overall chill vibe all over the world. But there’s a lot more to it than people are aware of. ENP (or Elephant Nature Park) is to be found in the jungles of Thailand and it’s an amazing natural sanctuary.

The reason the ENP sanctuary is amazing is not only because of how beautiful and untouched it is, but also because the park actually takes in and cares for mistreated elephants who were previously in the tourism industry. One of ENP’s goals is increasing awareness and promoting elephant-friendly tourism that is also sustainable. At the moment there are 36 elephants in the park and they live on 250 acres of wildland. I consider that a pretty good life for the animals in my books.

Like most other parks, ENP has a list of fun activities with the animals if one decides to visit the sanctuary in Chiang Mai, Thailand. Participants can feed fresh fruit to the elephants, help with their baths, watch the animals play in the mud, and best of all ‒ go on walks with them. And imagine how much better it is to watch them play and be happy instead of using them for means of transportation or a photo for someone’s IG feed. Plus, it’s better to be inspired by them in their natural environment, right? And inspiration is exactly what a lot of tourists are keen to discover on their trips.

Elephants are actually known to be gentle and considerate animals too! Like humans, they have their own society in which they communicate between each other (family and friends) by trumpeting back and forth. They are smart and social animals and should under no circumstance be treated as a prop. The people from ENP have realized that and this is why you’re obviously not allowed to ride the elephants in the sanctuary. The animals are not forced to paint or perform like they’re in a circus either. After all, the 36 elephants in ENP have been saved from the circus tricks and rides and now they live how they should be ‒ peacefully in nature.

Asian Elephants are one of the endangered species. People who study them are convinced that there are at the moment less than 2000 wild elephants in all of Thailand. This number is declining and fast too. One of the problems is that the animals have nowhere to live. Another issue is illegal capture and trade of elephants for them to be used mainly in the tourism industry ‒ the one we’re a part of. Tourists like me and you pay good coin to see these animals draw, do tricks and give us a ride. We, the foreign visitors, are basically the reason this industry that tortures animals manages to get away with it ‒ because we pour money into it thinking it’s super cool. But it’s not.

Elephants are and will always be wild animals and for them to learn how to draw, perform, and give us

s, they have to be tamed first. And taming in Southeast Asia includes a ton of torture for the animal and it happens mostly when the elephants are mere babies ‒ they come into this world and start getting tamed straight away. Are you still convinced that you want to ride an elephant?

Some might be shocked but because elephants are wild animals, it’s not in their nature to let a human being climb on top of them, let alone give him a ride. The reason wild elephants in Thailand let humans ride them is because of how the animal’s spirit has been broken from a very young age. This process is called Phajaan, which is translated as ‘crush’. This name of it ought to tell you enough of how disturbing this process is for a baby elephant.

The babies are separated from their mothers and put in a cage or a hole with no space to move whatsoever. The humans then beat the baby with clubs and pierce it with hooks while starving the animal and depriving it of sleep. It’s an awful process and a lot of awareness has been raised about it so far. A photographer (Brent Lewin) captured one of those moments of torture and even won an award with the photo.

Taming, unfortunately, isn’t the last step of the elephants’ suffering. Because the baby elephants were mostly tortured with bull-hooks, the animals have built-in fear from the hooks. The humans use this fear (and the hooks) throughout the elephant’s whole life cycle to ‘motivate’ the animal to work. I guess it’s a disadvantage in this situation that elephants do indeed remember everything. Because most of the ones living in Thailand only remember a life of torture and fear. This is probably the most significant reason why we should stop taming elephants. They do remember a lot and we need to make sure they remember a healthy life. Harming animals that never forget means that they’ll forever remember the pain that we, humans, inflicted on them.

A vital factor is also the back of the elephant. The elephant’s back is not actually meant to support one human’s weight, regardless of its huge size. It’s really not advised for the animal to be ridden at all or it could lead to long-term harm.

Lek Chailert, the person who created Elephant Nature Park, has been dedicated to her cause and fights to save elephants on the daily. She was a little girl when she began trying to change the whole country’s view regarding the issue of torture. Her mission is to rescue mistreated elephants from the tourist trade and ENP allows her to give them a fresh start with a healthy future.

Apart from visiting the park for a day trip, you can also volunteer and learn a lot more about the animals and interact with them.

Because this is a non-profit organization. All the gathered fees go for the caring of the elephants (feeding and buying more land to expand the space they have). Another important aspect is the fact that if an elephant is to be rescued it has to be bought by ENP, which naturally requires more money. 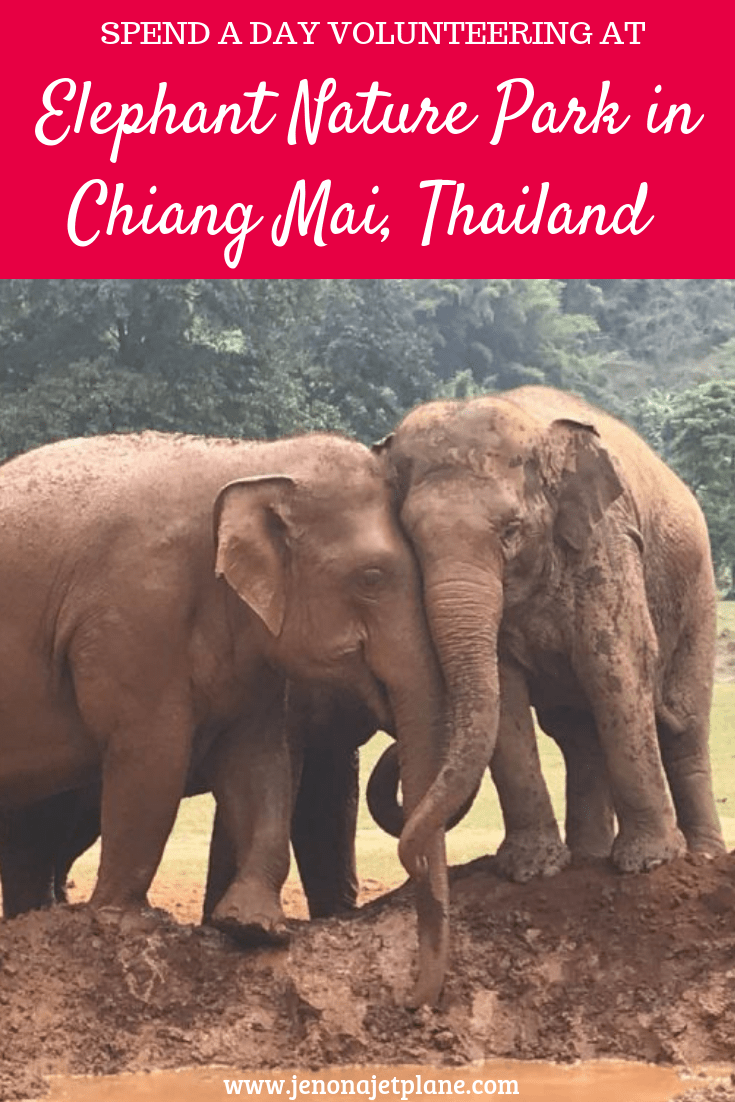 For a lot of us, all of this is news. We had no idea elephants went through so much pain just to provide us with a picture-worthy moment. Nevertheless, this is not actual news because brutal taming has been a ‘tradition’ in Southeast Asia for hundreds of years. The main issue is that most of the captive elephants in Thailand today are used as a tourist attraction. We, the tourists, are the ones creating the demand and giving the money. Our desire to see an elephant paint (totally unnatural, btw) is the reason baby elephants are physically tortured, sold, and separated from their ‘prides’.

It’s a personal choice, when one goes to Thailand, whether he’ll participate in this industry or not. Our moral values are different. I’m sure that most people I know are not even aware this is happening. No judgment passed to people who’ve done it, because they probably didn’t know. Even I didn’t know. So perhaps spreading awareness is the only way to stop this unnecessary torture. I’d like to believe that if people knew how harsh it is, they would never be a part of this. Hopefully, we can just let these beautiful animals be wild and live happily.