TWIFT | Lifestyle | The Umbrella Academy Stars Dream of a Sequel

The Umbrella Academy Stars Dream of a Sequel

Although we haven’t yet heard an official statement about the next season of the Umbrella Academy from Netflix, project ratings are fantastic! So, there is no doubt that we’ll see the third season. The stars of the Umbrella Academy Tom Hopper and Robert Sheehan confirmed that even without an official statement about a possible third season, they are already mentally preparing for the trilogy.

The audience liked the Netflix series so much that it almost immediately entered the top ratings. Well, who closes such cool projects? That’s right, nobody. So Netflix, go on! We’re waiting, damn it!

The stars of the BST Academy want to create and live the third season as quickly as possible. The fans of the Umbrella Academy want the same, and the whole world cheers on their beloved Tom Hopper. It seems even illegal not to know about this fucking masterpiece, which was created from the comics of the legendary musician Gerard Way (frontman of the rock band My Chemical Romance). 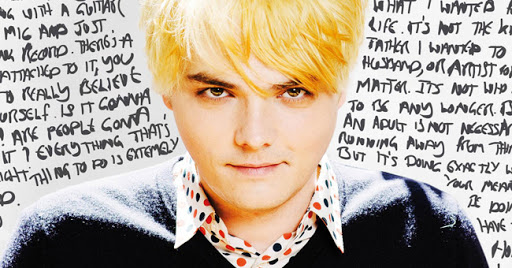 At least the fact that the series was based on Gerard Way’s art should interest anyone in feeling the quality of the musician’s comics on TV screens. Don’t worry, and there is something to evaluate.

Gerard Way began creating the Umbrella Academy comic book in 2007. Just imagine, the plot was written a long time ago… The My Chemical Romance frontman made the story and illustrated the original version, after which Gabriel Ba (animation artist) redrawn the first volume of the Apocalypse Suite. In 2007, 2 parts of the Umbrella Academy appeared at once. 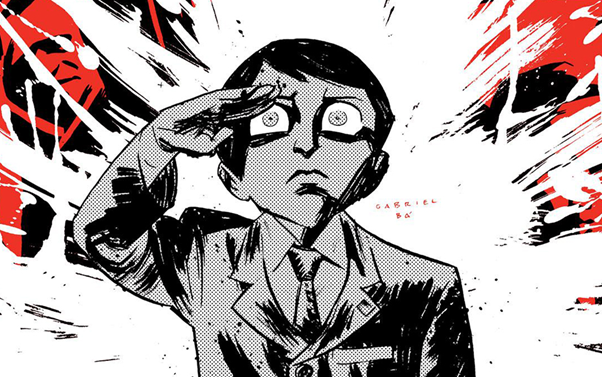 Work on the third and fourth parts started six years later, together with Gabriel Ba. They want to make the series following the graphic novels, so fans should expect not only the third season but also the fourth! But for now, this is just sweet reasoning; the story will be with us for a very long time.

What Do The Stars of The Umbrella Academy Think About the Sequel?

Tom Hopper playing the role of Luther Hargreeves, stated that all the Umbrella Academy actors are very comfortable working together, and they enjoy living in this exciting story: “Yes, we love to hang out in this world. This is very fun. We all love to work with each other. This is a real gift from fate.” 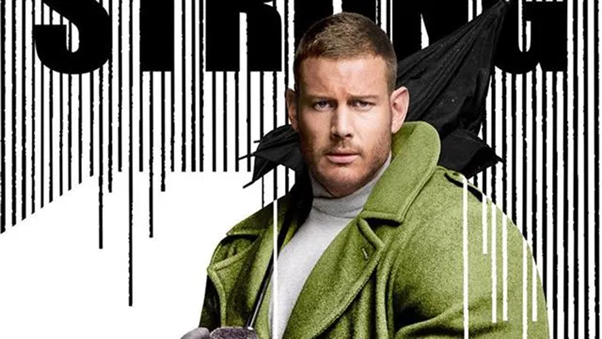 It cannot be 100% asserted that the Umbrella Academy is completely copied from the comics of a famous musician, but also we can’t say that minimal copyright amendments somehow severely affect the series. The actor’s play must be free, the creator of the series Steve Blackman understands this like no one else, he treats it right. All project participants have the material from which they start, but they have a choice of how to play, where to turn on improvisation, so the characters come to life on the screens. The Umbrella Academy from Netflix is the perfect tandem of Gerard Way’s comics and Steve Blackman’s work! 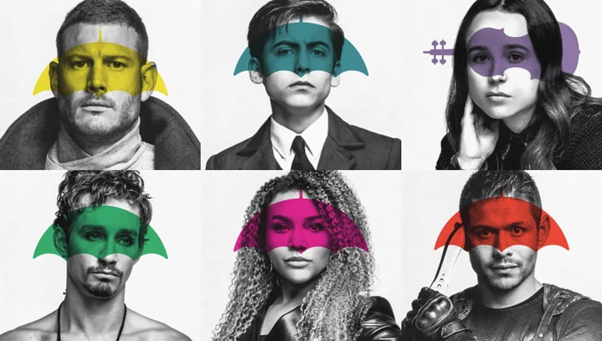 Tom Hopper stated that the creator of the series had an awesome ability to lead all the actors through hell and back. He does all this with his unique method about which we won’t know anything. And the most interesting thing is that Tom Hopper admits that he would like to return to the past, on the days of filming the Umbrella Academy season 1 and 2, replay his favorite scenes, experience this thrill of total immersion over and over again. 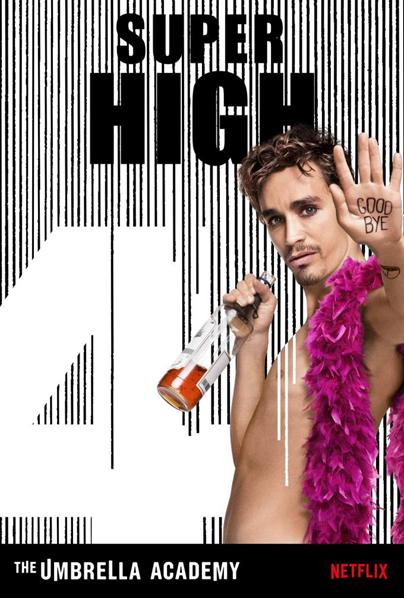 Robert Sheehan, who played Klaus Hargreeves (Number Four), also told something about the sequel… The actor is definitely FOR the endless continuation of the project, in which there is a fucking cosmic escape from reality and a lot of cool time travel. It’s incredibly exciting both for the actors and for the audience, for everyone involved in the project (screenwriters, directors, cameramen, etc.).

“Ever since filming, we’ve always talked about where the show might go. I always develop my ideas and send letters to Steve,” concluded Robert.

For those who still don’t want to know the interesting details of the 3rd season, it’s better to stop reading the article at this moment, because cool moments may come up right now. Those who don’t give a fuck about mini-spoilers, just listen to the fucking wisdom from Uncle Steve Blackman. Let’s open the curtain. What did the creator of this fucking parallel world tell, where we are all running from reality during quarantine? 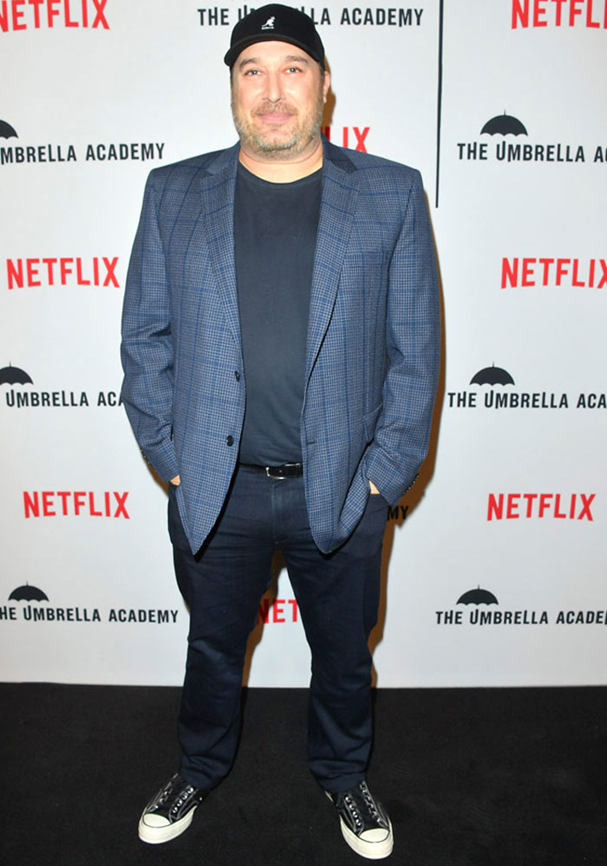 So, according to Blackman, next season the Hargreeves will get stronger, and Ben and Lila’s storylines will be more engaging. Showrunner noted that the Hargreeves brothers and sisters will be “a little better” after the events of the season 2 finale. He says that if Netflix renewed the show, then in the 3d season, viewers will see something interesting about the development of the characters: “I like to think that over time, their capabilities will become even more ambitious because they are always learning new things. Yes, until adolescence, they were taught only by a worthless father. But the family fell apart before they could complete their studies. In the future, the heroes will learn the truth that together they are much stronger.” 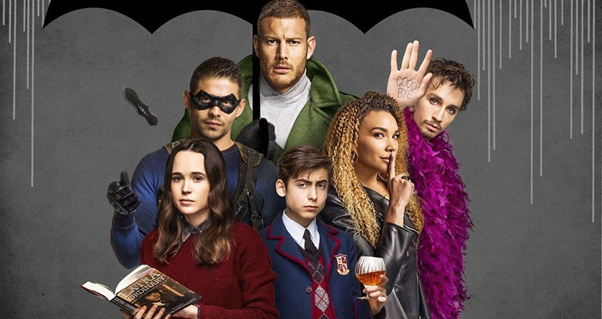 Blackman also mentioned a surprise twist in the season 2 finale when another Ben / Number Six (Justin H. Min) from Sparrow Academy appeared. According to Steve Blackman, now the hero will be able to communicate with his brothers and sisters, even though he doesn’t know them: “Now he is made of flesh and blood, so he can interact with other characters. Ben is the most discerning and beloved brother in the family, but he has the worst translator in the world in the person of Klaus (Number Four, Robert Sheehan), just a terrible storyteller. This will be something new for Justin. I think he’s intrigued.”

In the new season, we must see the stories of other superhumans who were born on October 1, 1989. And it’s not only about the mysterious participants of the Sparrow Academy, but also about Laila Pitts (Rita Eriya): “Laila challenges Diego. We understand that she is a worthy opponent and, at the same time an ally. Laila is the embodiment of the character, about which there will always be open questions. You can never predict exactly what she is going to do. It is interesting! We’ve certainly not seen Lila for the last time, remember that.”

Blackman stressed that viewers will definitely see other gifted children in the future: “If there is Laila, there will be others.”

Summing Up The Damn Results!

Netflix, don’t torment the fans who will soon turn into creatures from a famous old meme.