Truth Seekers. Comedy-Horror Series To Watch on the Weekend 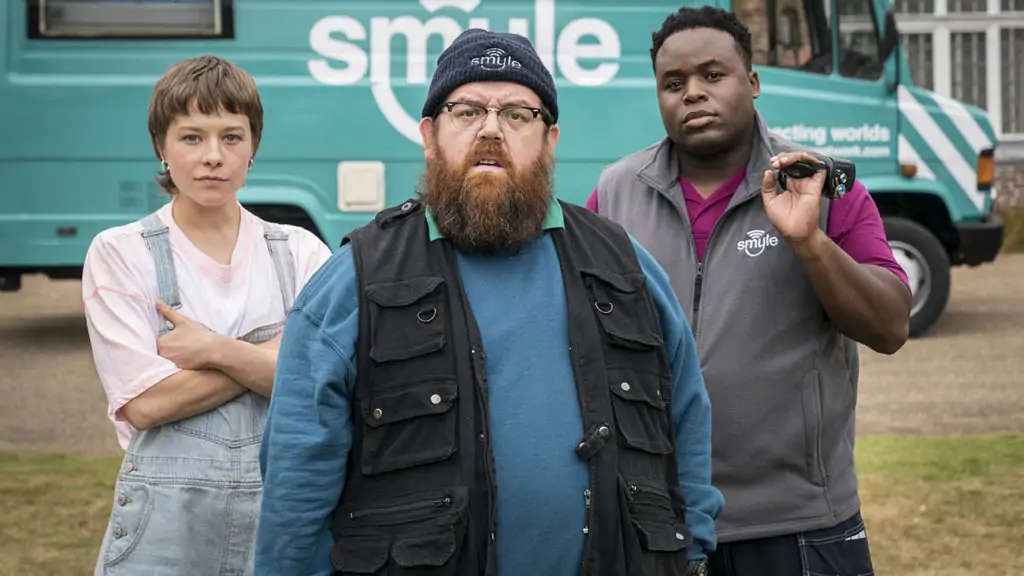 Since this year Halloween fell on a day off, many people began to think in advance of what to see such a “festive” one, and if everything is in order with the assortment of films, then this time there were only two topical serial novelties that were thematically appropriate. One will be a more interesting Netflix adaptation of the cult novel by Henry James “The Turn of the Screw”, which Mike Flanagan took as the basis for the second season of his “ghost” anthology ‒ “Ghosts of Bly Manor.” However, not everyone will like the refined, slow, and much sadder than the scary film novel. And here comes the second, diametrically opposite in spirit version for Halloween ‒ the light, short and unobtrusive comedy series Truth Seekers from the well-known British duo of Nick Frost and Simon Pegg from the Cornetto trilogy by Edgar Wright.

On the account of this sweet couple not only acting merits, but they also came up with the idea of ​​the show and wrote the script for all 8 episodes (which, by the way, run only half an hour each ‒ unlike the one-hour episodes of “Bligh”). Frost plays a character named Gus Roberts, a heavy-duty video tweaker with an ever-long Hagrid-style beard, an old hat, a vest with a thousand pockets, hiking shorts, and, of course, his van. Every day he travels around a small county to make calls ‒ someone needs to fix the antenna, and somewhere to set up a Wi-Fi.

The complete opposite of Gus is his boss Dave (Simon Pegg): a successful, well-dressed, and well-necked man who runs a young but promising company. Despite the difference in social status, Dave values ​​his “employee number one” Gus very much and always laughs extremely sincerely at his jokes. Viewers who turn on Truth Seekers to watch the interaction between these two will be rather disappointed with what they see since Frost and Pegg rarely share the screen ‒ mainly at the beginning of each episode when Gus receives a new assignment. 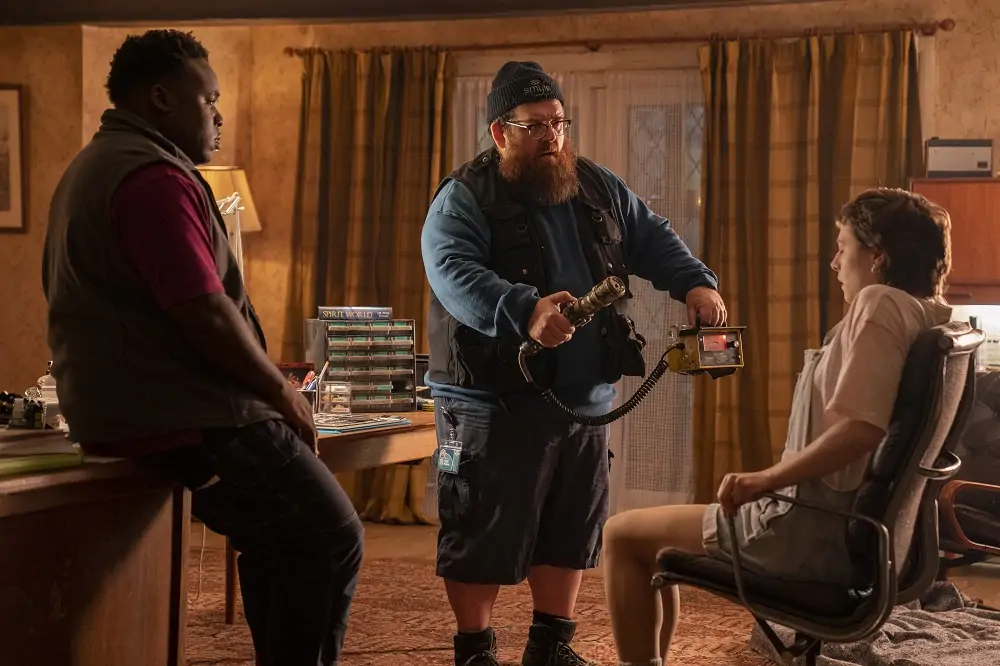 As partners, he has a newcomer with the musical name Elton John (Samson Kayo), with whom Gus patrols the area. Our hero also has a weird father, played by Malcolm McDowell, and his hobby is his own YouTube channel, on which he exposes ghosts. That is, Gus is someone like John Cusack from “1408”, he also does not believe in everything paranormal and gladly rolls around “ghostly” places to show that everything is a dummy. And, of course … naturally, at some point he encounters real ghosts, which becomes the starting point for the development of the plot of the series.

We have before us a kind of “Ghostbusters” in English (by Episode 4, the van will be filled with 4 heroes ‒ but, unfortunately, Pegg is not one of them). The Seekers of Truth may have everything you love British comedy for ‒ bright, slightly out of touch characters, a sketchy plot structure, subtle humor, and, of course, a lot of tea parties. However, there is a problem with all this.

The main problem with Truth Seekers is that they are much more scary than funny. Yes, yes, the creators of the show approached the demonstration of horror episodes with such dedication that sometimes it is impossible to distinguish what is happening from some of James Wang’s “Conjuring”. And do not be confused by the opening episode, taken as if from a third-rate horror movie of the 80s, then the guys go headlong into the reconstruction of the genre. And not only ghosts are emphasized. For example, the second episode, in which Gus and a friend come to set up the Internet in an old hotel, is almost entirely homage to Alfred Hitchcock’s Psycho ‒ which is only partly funny, because Pegg and Frost turned the psychological plot into a horror story with sharp attacks from around the corner.

On the one hand, all of this works great for those looking for something really scary on Halloween, but “Truth Seekers” from the very beginning was positioned as a pure comedy show ‒ like “Wellington Paranormal”. But in the end, especially funny episodes and successful jokes in the series can be counted on one hand ‒ and this is given that you are a big fan of British humor. Otherwise, you shouldn’t expect much from the “Seekers of Truth” ‒ the result is quite a pleasant optional trinket for a couple of evenings, from an acquaintance with which you are unlikely to gain anything, but there will be no special regrets.