The 90’s and the 2000s were a brilliant time of inventions that served as the springboard for everything from the internet to smart devices. While these devices are now obsolete in today’s time, they led to the amazing inventions we use now.
These are the top 6 most popular 90s and 200s devices:

A videocassette recorder, VCR, was al device that could record analog audio and analog video from broadcast television or other sources. It would record it on a video cassette tape. People would be able to playback the recording.
The VCR was extremely popular in the 1980s and 1990s. However, they started to lose popularity after  DVDs arrived in the US in 1997.

The fax was also called telecopying or telefax. He used the telephonic transmission of scanned printed material of text and images. The fax would be sent to a telephone number connected to a printer or other output device.
The original document is scanned with a fax machine which processes the contents as a single fixed graphic image. It would then convert it to a bitmap and transmit it through the telephone system in the form of audio-frequency tones. The receiving fax machine would reconstruct the image and print a paper copy. It was extremely popular in the 1980s. However, with the advent of emails and instant messages, fax machines have slowly gone out of fashion.

These Polaroid cameras could print out a photograph as soon as you take a snap. It became extremely popular especially for those going on holidays and vacations. But with the advent of the smartphone, their popularity has slowly died out.

Dial-up Internet access was a form of Internet access that uses the facilities of the public switched telephone network to connect to an Internet service provider. It required dialing a telephone number on a conventional telephone line and the user’s computer or router to attach to a modem to encode and decode information from audio frequency signals.
In 1979, Tom Truscott and Steve Bellovin, graduates for Duke University, created the early predecessor to dial-up Internet access called the USENET. Dial-up Internet has been around since the 1980s and was first offered commercially in July 1992 by Sprint.

However, it began losing popularity to broadband since the mid-2000s.  Dial-up is still used when there are no other available options or where the cost is too high especially in rural or remote areas

A floppy disk was also known as a floppy or a diskette. It is a type of disk storage that is read and written by a floppy disk drive.
Floppy disks started as an 8-inch (203 mm) rectangle but was later reduced to 5 1⁄4-inch and then 3 1⁄2-inch. They were a very popular form of data storage and exchange from the mid-1970s to the first years of the 21st century.
By 2006 computers were rarely manufactured with installed floppy disk drives. Instead, the ​3 1⁄2-inch floppy disks were used with an external USB floppy disk drive. With the advent of USB flash sticks, flash storage cards, portable external hard disk drives, optical discs, and storage the floppy disk has died out.

Before Netflix, DVD and Blu-ray, apps and smartphones most people had a CD’s to the digitization of music and movies. However, CDs took tons of space and needed to be stored properly to avoid them getting broken or damaged. Thus the CD binder was invented. It became super popular but now most people have moved on from CDs.

With pleasure, I tried for you! Nicole with womanlylive.com 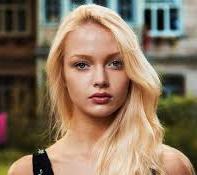