TWIFT | Esport | Candy Crush Addiction: Why So Many People Addicted?

Candy Crush Addiction: Why So Many People Addicted?

Let’s take a better look at why so many people are addicted to Candy Crush. With 271 million active users monthly, Candy Crush is one of the most downloaded and played games worldwide. An impressive 11 million downloads only for August 2020.

Have you ever got these Candy Crush invites? Do you know people who play Candy Crush every day? If your answers are yes, read along and find the reason why Candy Crush is so addictive.

Why are so many people addicted to Candy Crush?

The reason is quite simple. The time-killer games are all designed to be addictive. There is a whole list of algorithms developers use to hook your brain up. It’s not rocket science, it’s basic psychology mixed with a bit of chemistry. You’ll get to know them a bit further.

Let’s get back to Candy Crush. The game was launched back in 2012. During the years it had its ups and downs. Yet, eight years later Candy Crush is crushing its 22 million of revenue.

Alex Dale, a senior executive at King shared some interesting numbers back in 2019. Daily Candy Crush is played for more than three hours by 9 million players! Another fun fact is the case of a man who spent more than $2,600 in one day, only on purchasing the gold bars that can allow players to continue the game. 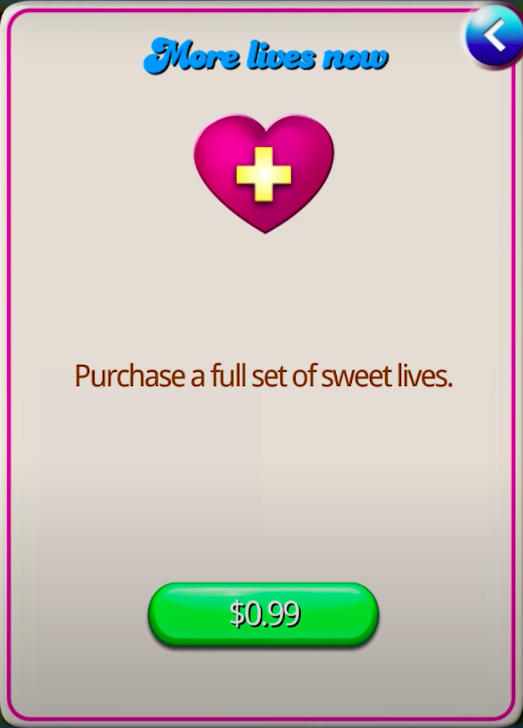 Still, the executive doesn’t believe that the Candy Crush Saga is addictive. His main argument is that only 0,16% of the 270 million daily users stick to their phones playing the game for more than six hours. In other words, every day 432,000 people spend more than six hours, of their life aligning colorful candy. From a statistics perspective, the number isn’t that high, but from a human perspective, this sounds horrifying.

The biggest part of the game’s audience is women aged 35 and over. Which from a sociological point of view has a logical explanation. People who want to run away from reality at least for 30 minutes a day and just zoom out gladly spend their time crushing candy.

Why is Candy Crush so popular?

How come, for so many years the app is still popular? Chances are you have tried playing it yourself. The design is super easy. You don’t need to challenge yourself (especially your brain). You’re building colorful candy lines and getting rewards. That’s it.

Simplicity does wonder. The game is very accessible. Everybody can download it for free. The player can also cover social needs. When inviting a friend to play you don’t need to wait for him/her and play real-time. And with all the shiny and polished design, it’s hard to keep your eyes away from it. Add to this the rewarding sounds and the crushing sound that can bring you joy.

Another reason also is the endless amount of levels. The moment you are certain you’ve surpassed every single mission, the game developers have yet another saga for you. Examples are the Candy Crush Soda Saga, Candy Crush Jelly Saga, and Candy Crush Friends Saga. You will always have the opportunity to dive deeper and run further from your everyday life.

What makes Candy Crush so addictive?

As said earlier, because it is designed to trigger certain reactions of your brain and keep you in a state where all you want to do is win win win. Next up are the promised brain hacks game developers use in such time-killing games as Candy Crush.

For a better understanding, let’s check the Skinner Box experiment. The main point is that some kind of animal is placed in a box with a lever. Every time the animal presses the lever it gets a treat or an electric shock.

Researchers can change the frequency of treats to do all kinds of things to the animal. This means you can make it uninterested in the lever, or you can make it so the animal obsessively presses it all the time. And it neither has to mean that the animal doesn’t get shocked.

How is this connected to Candy Crush addiction? Every time you win in a game, your brain gives you a little bit of dopamine. Dopamine is a specialized little molecule, that is your body’s happy hormone.

It’s the way of the brain to give you the “Good job, bro!”. By keeping you winning early on and then making it harder and harder, the game triggers some addictive tendencies. It also makes losing painful. You want to go back to winning as soon as possible.

That is why in Candy Crush Saga there is a currency (lives). You lose all your currency and can’t continue your game for a couple of hours.

Unless you pay for it. This does two nasty things to your win seeking brain. If you don’t pay for the next turn you’ll start experiencing something called hedonic adaptation.

Here is another experiment to show exactly what this means. Subjects were given a piece of chocolate to eat. Afterward, half of the group was told not to eat any more chocolate for the next two weeks. While the other half was given two pounds of chocolate which they could eat as much as they want.

In two weeks everybody was welcomed back and offered…chocolate. Logically enough, the group which didn’t taste the chocolate for two weeks enjoyed it with glee. And the other group wasn’t that into it.

Bringing it back to the game. By restricting your access to playing Candy Crush makes you want to play it even more.

You can experience this when the game currency ends and you decide not to wait, but to buy more. At its core gambler’s fallacy states that the more you try something the more the odds are in your favor. Sadly, this is mathematically untrue.

It seems like something pretty obvious, but our brain gets confused when it comes to games because we believe in our talent. Our brains go crazy with the near misses. “You were so close! Next time you’ll get it right 100%!”. People who play slot machines get the same feeling.

Games like this use tricks to keep you in your little Skinner box. But now that you know about all these sneaky tricks, you have the opportunity to choose for yourself. And maybe next time you come across somebody’s Candy Crush addiction you’ll be able to give him some heads up. There is so much to do in real life, that when you remember the mortality of human nature, the influence of such games seems to dissolve in thin air. Go out and enjoy life.