The MMR system in DotA has been changed countless times. Initially, there were solo and group ratings, then Valve introduced ranks, the system of which was also changed several times. Then they redid the rating to core and support. I think that developers do all this shit just for not giving us new cool events.

MMR is a system designed to determine the skill rating of each player. The main goal of MMR is to find and connect equal opponents and teammates for fair play. The system is designed in such a way as to prevent more experienced players from teaming up or confronting players with lower skill levels.

The last Dota 2 update of the rating system was in May. Now the game has a common MMR system for the main roles and support. 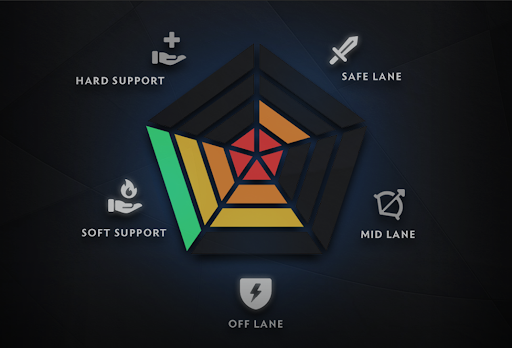 Valve removed double matchmaking in Dota 2. When searching for a match, the system will take into account the user’s performance at the selected position and find opponents corresponding to this level.

The MMR system will consider the relative strength of the player in each position. If the user starts the search for his best role, Dota 2 will pick up equal opponents. If he chooses a position where his performance is lower than the displayed MMR, matchmaking will adjust the search to find weaker opponents.

No matter what role you choose, match results will affect the actual value of the MMR. The starting levels for each role will be calculated based on previous MMR values ​​for the base roles, support, and analysis of the last hundred games.

How to see MMR system in Dota 2

Go to your Dota 2 Profile then click the tab called ‘stats’ and there you can see your rating.