Epic Games vs Apple. No Fortnite on IOS Devices

In the past few months, a rivalry has grown between Apple and the independent iOS mobile app developers. The subject of the dispute is the commission on all purchases that users of iPhones and iPads make in mobile applications. According to Apple’s rules, it must receive 30 percent of every payment, but developers of mobile applications consider the size of the commission too high. The American company Basecamp and the founder of Telegram Pavel Durov have already come out with open criticism of Apple, who called this amount of deductions “insane”. 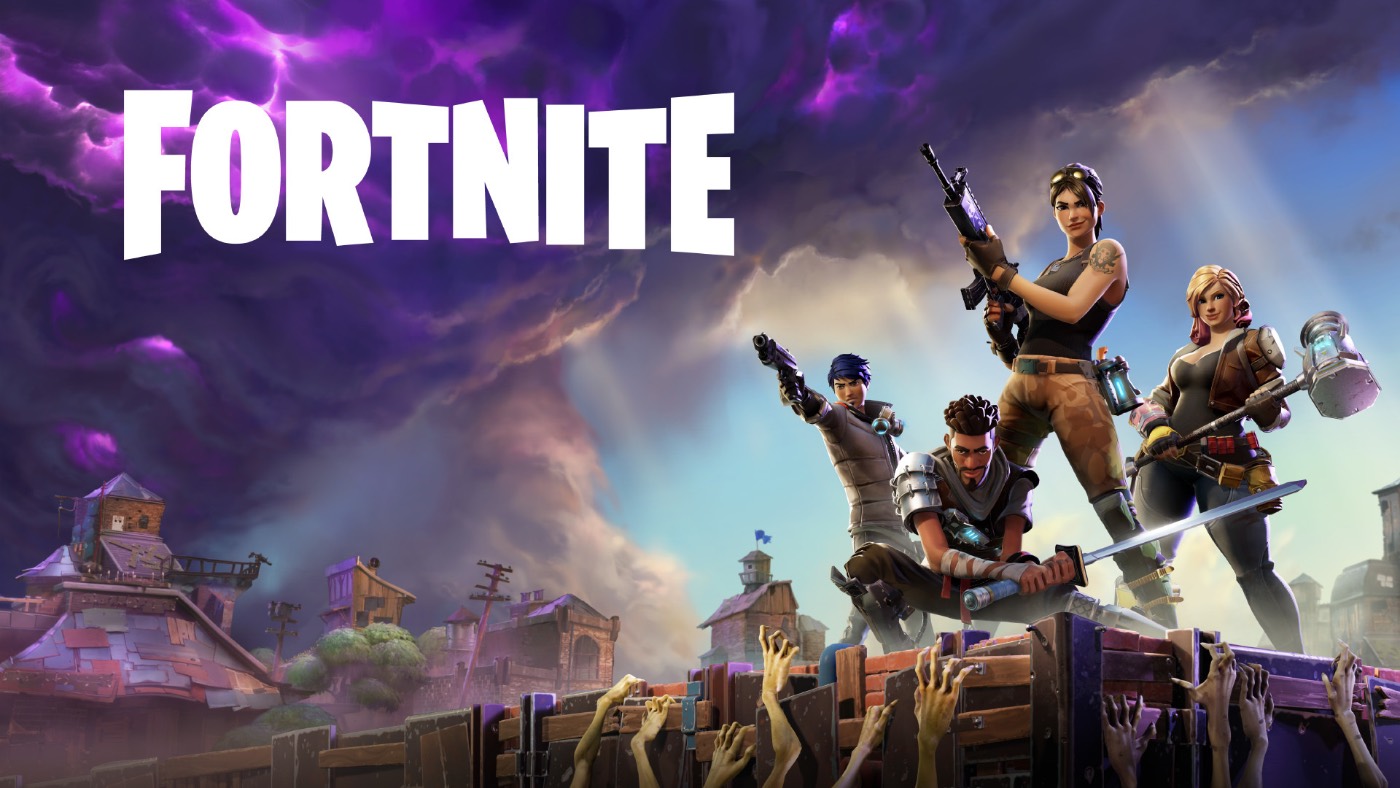 Why did Apple and Epic Games fall out?

Epic Games recently released a Fortnite update for iOS phones and pads. In it, as before, the players have the opportunity to buy various elements (for example, clothes or dance moves) for virtual currency ‒ in turn, users must buy it for real money. However, this time Epic Games activated the in-game currency purchase function after the app passed Apple verification and appeared on the App Store. Most importantly, the company has given players the ability to make in-app purchases both through the App Store and directly through Epic Games. Moreover, when choosing the second option, the user is provided with a tangible discount. Epic Games did this in order not to give Apple a portion of the revenue from user payments.

This move was a direct violation of the platform’s rules. According to both Apple and Google app developer guides, all in-app purchases must be made using the built-in tools offered by those corporations. It also states that for this, Apple and Google charge developers a commission of 30 percent on every purchase made by the user inside the application.

Developers, according to the requirements of Apple and Google, cannot openly offer users any alternative payment methods. Exceptions apply to purchases of physical goods and certain other product categories.

Apple’s response was predictable: the company immediately removed Fortnite from the App Store. A few hours later, Google did the same, as an updated Fortnite app was also released on Google Play, with the ability to make in-game purchases bypassing the corporation’s mechanisms.

Epic Games’ next steps show that these actions were a deliberate provocation against Apple and Google. As soon as the apps were removed, Epic Games announced that it was filing lawsuits against both companies. Additionally, Fortnite has launched a massive ad campaign that parodies the theme of Apple’s famous 1984 commercial. This ad, launched by Apple in 1984, played on George Orwell’s dystopia of the same name. In it, the Macintosh computer appeared as the one who would free people from the power and monopoly of the “big brother”, which, presumably, meant the IBM corporation. At Epic Games, the ad has been creatively reinterpreted to make Apple itself the big brother.

A lawsuit filed by Epic Games alleges that Apple “controls markets, restrict competition and stifles innovation.” “Instead of embracing healthy competition, Apple has responded by removing Fortnite from the App Store. The removal of Fortnite is yet another example of how Apple is using its enormous power to impose unreasonable restrictions and illegally maintain its 100 percent monopoly on the iOS app payments market,” claims the plaintiff. Epic Games CEO Tim Sweeney said in a recent interview that “Apple is limiting the ecosystem by inventing an absolute monopoly on software distribution and monetization.” In this issue, the founder of Telegram, Pavel Durov, agrees with him. He has already spoken out in defense of Epic Games: “As a fan of Fortnite (and freedom), I fully support Epic Games in their opposition to Apple. The fact that users and developers have allowed Apple to keep them in digital slavery for 12 years is an insult to all of humanity.”

On August 17, Apple took the next step in this battle, which perhaps Epic Games did not expect. The company has informed the creators of Fortnite that it will block their developer account in the Apple ecosystem on August 28. To avoid this, Epic Games must stop violating Apple’s App Developer Policy by removing the alternative payment method in the Fortnite iOS app. However, Epic Games doesn’t seem to have any plans to give up yet. The company asked the court to take interim measures to prevent any hostile actions by Apple against Epic Games, including blocking the developer’s account.

How does this conflict threaten the Fortnite developers?

Now, due to the removal of the Fortnite app from the App Store, the game cannot be installed by new users and those who for some reason deleted it from the device and want to download it again.

However, the consequences of blocking a developer account in the Apple ecosystem can be much more serious. This means that Epic Games will become unavailable for all iOS app development, meaning it will not be able to create new apps for iPhones and iPads. Besides, Epic Games will lose the function of notarizing its macOS applications. Without this, its programs will not work on Apple computers.

The biggest blow will be that due to the loss of developer status in the Apple ecosystem, Epic Games will lose the ability to develop and offer third-party companies its Unreal Engine for iOS and macOS. This will become a serious problem not only for Epic Games but also for many other companies: hundreds of games are running on Unreal Engine on different hardware platforms, including several games for iOS, for example, Lineage 2: Revolution from NCSoft.

At the same time, it is simply impossible to accurately predict all the consequences of blocking a developer account in the Apple ecosystem. This is the first case of litigation between two major players that led to such a development.

Even after the account is blocked, Epic Games apps are expected to continue to function on users’ devices, although in-game purchases will not be available. Another version ‒ with the termination of the developer account, the applications will stop working even on devices with Fortnite already installed.

The launch of the next season 4 of Fortnite took place on August 27. However, if you use iOS or macOS devices, you will not be able to get the update. What’s more, iPhone, iPad, and Mac owners will no longer be able to play Fortnite with non-Apple OS devices.

This means that iOS and macOS device users will remain with the current version of Fortnite indefinitely and will only be able to play with each other. Apple’s legal battle with Epic Games will effectively split the popular game in two. On PlayStation 4, Xbox One, Nintendo Switch, PC, and Android, players will have access to new content that is plentiful in every season.

Even though the trial is still far from the end, the court released Apple from its obligation to restore Fortnite in the App Store while the case was pending but prohibited the deletion of the accounts of Epic developers involved in creating applications for iOS and macOS. Any of these interim judgments are subject to change on September 28, which is the date for the next hearing.

Is Apple a monopoly or not?

The Epic Games scandal comes amid another Apple conflict in the gaming industry: the company refused to allow streaming services Microsoft xCloud, Google Stadia, and Facebook Games on the iOS platform, as they support game streaming. That is why Apple cannot verify the safety of each game that is offered to users. At the same time, Apple cannot clearly explain how such applications are fundamentally different, for example, from the streaming service Netflix. As a result, Apple’s relationship with the gaming industry is now very tense.

An obvious argument in defense of Apple ‒ the company has created its platform and therefore has the right to establish certain rules for its use and take a percentage of sales on this platform. Apple supporters also note that Epic Games deliberately violated the iOS app developer guidelines. For now, it just needs to disable accepting alternative payments in Fortnite to end the conflict and return the application to the App Store.

Many developers share Epic Games’ position. They, too, see Apple as a monopoly and claim that the requirements for developers are against the law. And the 30% commission on all in-app purchases seems too high to them. And some studios accuse Apple of preferential treatment for some developers, usually large companies, and harsh measures against small players.

At the same time, in a 2018 interview, Tim Sweeney himself said that the mandatory commission for games of 30 percent on the PlayStation, Microsoft, and Nintendo consoles was completely justified. In his opinion, console manufacturers invested a lot of money in their development and often sold their equipment at a lower cost. Therefore, Sweeney reasoned, they deserved these royalties, but platforms like the App Store and Google Play did not.

In 2018, Epic Games released Fortnite on Android, bypassing the Google Play store to avoid sharing user payment revenue. The game appeared on Google Play only in April 2020 ‒ with this Epic Games, admitted defeat. At the same time, the company expressed the hope that after all Google will revise its requirements.

Probably, the minimum task for Epic Games now sounds like this ‒ to reduce the percentage of deductions from payments within Fortnite towards Apple. And the maximum task is to achieve the opportunity to open your own app store on the iOS platform.

Why Apple is not afraid to lose Fortnite and Epic Games

The App Store brought a record $ 22 billion from games in six months.

Fortnite is not in the top 10. 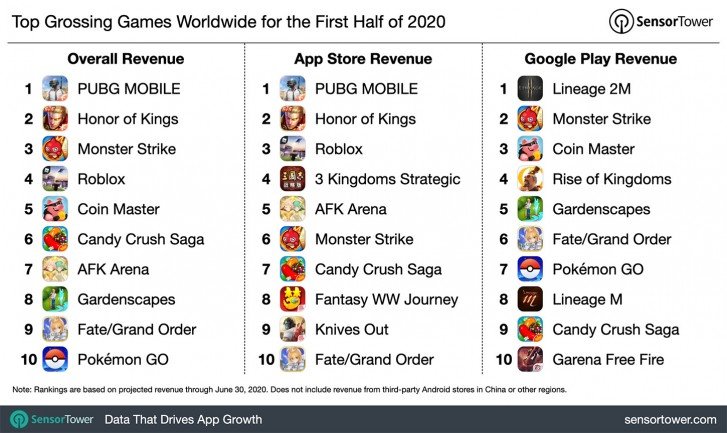 According to the latest data from SensorTower and Statista, Apple generated a record $22.2 billion in App Store gaming revenue in the first half of 2020.

Compared to the first half of last year, when Apple received $18.1 billion from games, sales grew by an impressive 23%. From April to June alone, Apple earned a whopping $11.6 billion, while Google Play store revenue was $7,7 billion.

According to SensorTower, PUBG Mobile and Honor of Kings were the two most grossing games in the first half of 2020, with both games earning over $1 billion in that period. Monster Strike closes the top three with $632 million in revenue.

These statistics demonstrate why Apple is not afraid of losing Fortnite and Epic Games.