The Gamescom 2020 Trailers and Announcements

The Gamescom 2020 gaming exhibition has opened, which this year, like many other events, is being held entirely online due to the coronavirus pandemic. 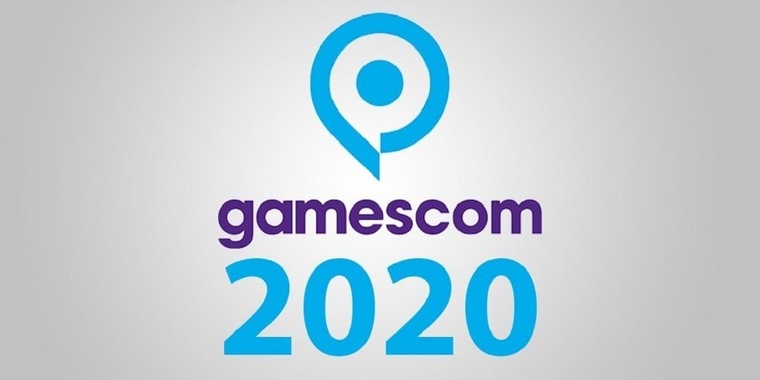 Nevertheless, force majeure did not prevent the organizers from surprising viewers with trailers and announcements of about 30 new games, which will be released soon.

Recently there was information about a new part of Dragon Age. Despite the lack of a full trailer, Bioware fans were certainly delighted that Dragon Age 4 hasn’t been abandoned and is in the works. In a short video, the audience was shown concept art of new locations, and also announced two new heroes, named Bellara and Davrin. Besides, the new part is expected to return the elf Solas ‒ one of the key characters in Dragon Age: Inquisition. The game is at an early stage of development, so there is no question of an exact release date yet.

One of the surprises of the event was a new themed expansion for The Sims 4. A special place among the announcements of Gamescom 2020 was taken by the universe of “Star Wars”. So, all fans of the history of George Lucas are waiting for several projects related to the franchise. First of all, “Star Wars” will be devoted to the next addition to The Sims 4, which was called “Journey to Batuu”. Its release is scheduled for September 8th.

Even though the incredibly popular game Fall Guys came out quite recently, it will soon receive a sequel. In the second season, a medieval theme will appear. New levels, skins, and much more content await players. This add-on will be released in October.

Another legendary couple will also return to the screens, namely cops Sam and Max. The release of the novelty is scheduled for 2021, but not everyone will be able to enjoy it ‒ Sam & Max: This Time It’s Virtual is intended only for virtual reality devices.

More recently, Activision officially unveiled Call of Duty: Black Ops Cold War. However, at Gamescom 2020, the company also showed its second trailer for the game. It details Ronald Reagan. The video introduces one of the first scenes of the game. The heroes discuss the mysterious Perseus, whom they will have to hunt for. The release of this part of the popular franchise will take place on November 13th.

Also presented a new video of the space simulator in the universe of “Star Wars”. In this game, gamers will be able to control spaceships ‒ wing or TIE Fighter. The game is scheduled to release on October 2 for PS4, Xbox One, and PC (Steam, EGS, Origin). Also, the developers have announced support for crossplay and VR headsets for PS4 and PC.

The indie project Twelve Minutes looked very promising before. The release of the new trailer makes it more exciting. The cast includes actors such as Willem Dafoe, Daisy Ridley, and James McAvoy. The exact release date is still unknown. However, the game will be released on Xbox and PC.

The new installment in the Ratchet & Clank series has been a technical demo for a long time. Now there is a new trailer that allows you to learn more about this game project. The main characters of the game will go on a journey where they will be able to jump to different worlds in certain places. The game will be released exclusively for the PlayStation 5 around the same time as the console’s release.

The hugely popular shooter Doom Eternal will be even more in demand with a new expansion called The Ancient Gods. This time Doomgay will have to return to Urdak to decide the fate of the universe again. The first part of the expansion will appear on October 20.

The developers of the Bridge Constructor game have presented a new mashup of their game from the Walking Dead universe. It will be available later this year on virtually all platforms, namely iOS, Android, PS4, Xbox One, Switch, PC, as well as next-generation consoles.

The popular MMO World of Warcraft is getting another expansion this year. The Shadowlands Expansion Trailer features Uther the Lightbringer. It should be said that this is already the eighth major addition, which will be released on October 27.

Also at the online event, a trailer for the new comic horror shooter was presented. The game from the creators of Kings of Lorn: The Fall of Ebris is coming on PS4 and PS5.

In the new trailer for the racing simulator, they showed the ability to create your tracks in a special editor. The game will be released on October 16 for PS4, Xbox One, and PC (Steam). DIRT 5 is also coming to PS5 and Xbox Series X before the end of the year.

Unknown 9: Awakening was announced by Reflector Entertainment. In this game project, the plot develops around a girl who is haunted by visions of her death. The game will be released on PC and next-generation consoles.

Also, there was a release of a new trailer for Outriders. The launch of the game project itself will take place at the end of this year. The game will be released on PS5, PS4, Xbox Series X, Xbox One, and PC.

This game project from the studio Tuxedo Labs resembles Minecraft in its style. However, in this game, you need to plan and carry out robberies while destroying everything around. The title will appear in Early Access on PC before the end of this year.

The developers also released the first gameplay video of Little Nightmares 2. The game will be issued on February 11 on PS4, Xbox One, Switch, and PC. Besides, next year it will be released for next-generation consoles.

Speaking of important trailers from Gamescom 2020, one cannot fail to note the Mafia: Definitive Edition video ‒ the official remake of the “first” Mafia, or Mafia: The City of Lost Heaven, which was released in 2002. The main hero of the game is a taxi driver Thomas Angelo, who unexpectedly becomes a member of one of the most influential mafia families. The developers have promised players to expand the original storyline by adding new scenes and dialogues. Mafia: Definitive Edition launches September 25, 2020, on PC, PS4, and Xbox One.

The new trailer for arcade wrestling simulator, in which there is nothing real except a bunch of famous characters. Pre-orders are already open.

Spellbreak is a fantasy battle royale in which players fight each other with special gloves that allow them to manipulate magic. Players will find more than ten classes, a complex system of interaction of spell elements, as well as several modes of operation of each glove.

A new game is based on the Warhammer universe made on UE, published by Focus Home Interactive. Coming in 2021 on PC, PS4, Xbox One, and Switch. The fans are happy.

This game project is a turn-based FPS about a 25 second time loop. The release of this game is scheduled for 2021.

The online event has also presented a gameplay trailer for the new part of LEGO Star Wars. The game will be released on PS4, Xbox One, Nintendo Switch, PC, and next-generation consoles the following spring.

The developers have presented an updated version of the popular strategy. This remake will receive two new modes. The game will be released on October 15th.