12 Most Common Stereotypes About Brazil

Traveling in a pandemic is extremely difficult, especially since many countries are in the so-called “red zone”, from where you cannot get out or to get to. So let’s just read about one of the most famous hot countries in South America.

Travelers have just begun to explore a distant tropical country about which dozens of myths exist.I have compiled a list of the most common stereotypes about Brazil to debunk and talk about real life in the rhythm of samba.

The Brazilian language does not exist at all. This is a common mistake of many tourists who decide not to find out about the country they are going to.

The fact that Brazil belongs to Latin America often misleads travelers. Since most of the countries on this list are Spanish-speaking, Brazil is automatically ranked among them. And what, the Spanish “Como Estas” is no different from the Portuguese, and in response to “por favor,” they smile at you as if nothing happened.

This is not only a common stereotype but also a gross mistake of an inexperienced tourist. Portuguese is the only official language in Brazil, and it is significantly different even from the European version, which is spoken by the Portuguese themselves. If you try to explain something in Spanish, the conversation will turn out to be extremely unusual ‒ the words are familiar, but it is difficult to understand each other.

2. Heat all year round

Brazil is located simultaneously in three climatic zones. From December to March it is really hot here ‒ the thermometer “creeps” to 35 degrees and does not fall below 28. The scorching sun, high humidity, which at this time reaches 75%. 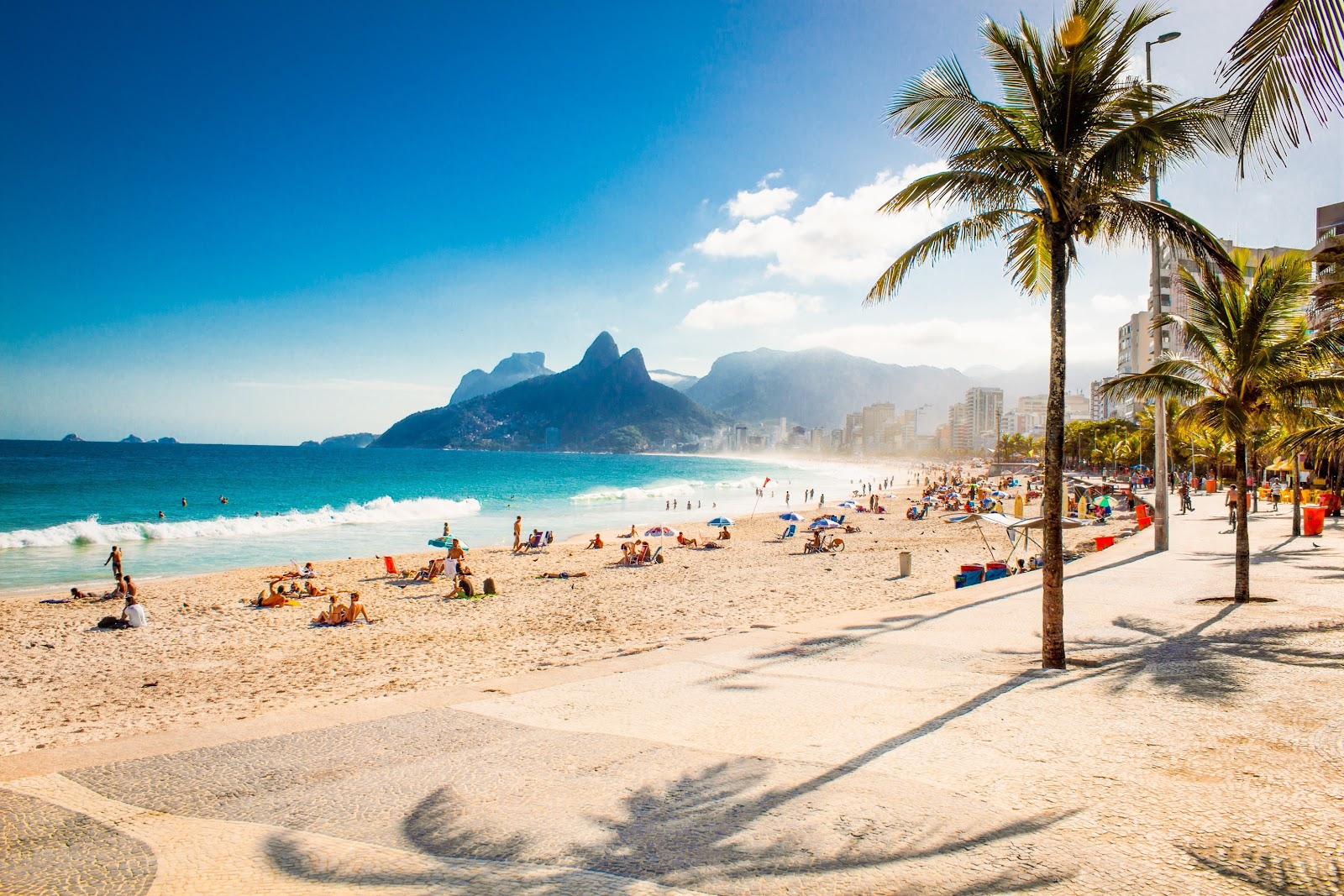 However, in winter (July to August) the country is cool. You can’t blind a snow woman, but you can’t stay in the ocean either ‒ during this period it often rains in the country. In the elevated areas, the weather resembles the ordinary autumn. Therefore, it is better to go to Brazil from October to November, when the country is warm and dry.

Many travelers imagine Brazil dancing samba 365 days a year. This impression is formed due to constant rehearsals ‒ preparation for the dance procession starts long before the official show. Schools rehearse their fashion shows right on the streets, so anyone can admire the colorful costumes of the artists. 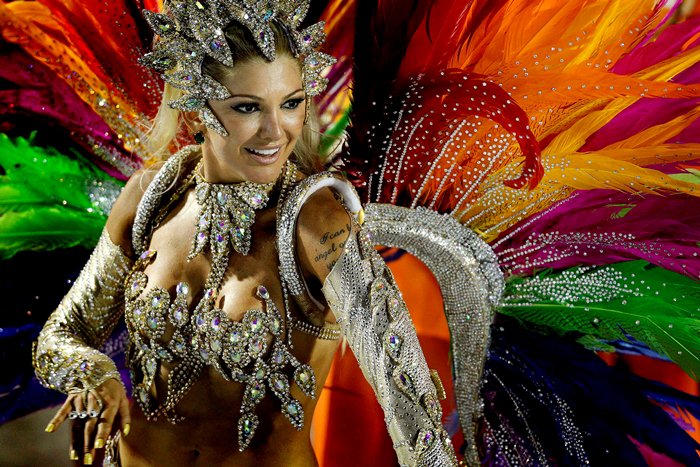 But the real carnival starts in February and lasts only four days. At this time, Brazil freezes: banks, shops, and public organizations are closed; big cities are in an endless traffic jam. If the bustle of the festival is not your format for relaxation, take a city tour: admire the Celeron stairs, walk through the Santa Teresa district, which is called Brazilian Montmartre, or take a cruise along the picturesque Guanabara Bay.

4. Monkeys run around the streets

Thanks to the cinema and its winged statements, the image of exotic Brazil ‒ a country where “many, many wild monkeys” live, has stuck in our minds for a long time. Most tourists still believe that monkeys are in charge of Brazilian cities, and they fear that curious animals will steal something from their pockets. 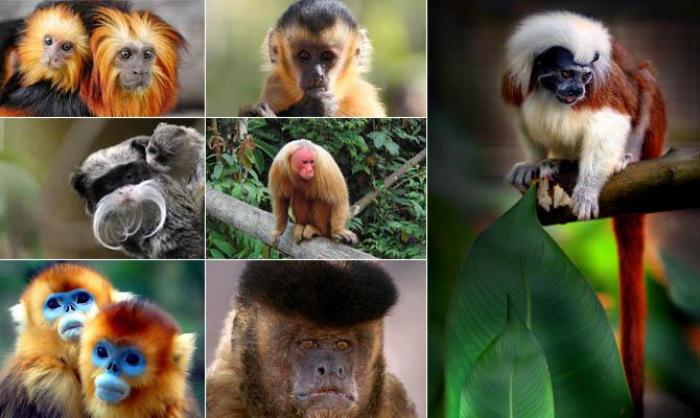 But the megacities of Brazil are not India for you: all marmosets, and tamarins live far from noisy streets. You can meet them in the thickets of Sugarloaf Mountain or secluded parks with dense vegetation. You should head to the Amazon jungle, or visit the Pantanal wetland to see funny animals for sure. Here you will find not only rare monkeys but also predatory caimans, piranhas, and dozens of amazing tropical birds.

5. Coffee is the most popular drink

Brazil is the largest supplier of coffee beans, producing tons of Arabica beans a year. Hence, the stereotype that people are fond of invigorating drink here almost from infancy. Plus, Brazilians brew delicious Americano, neglect instant coffee, and drink a few cups throughout the day. 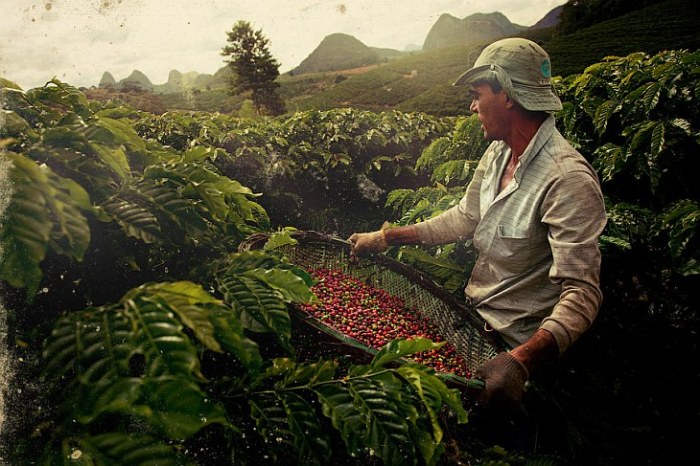 However, in Brazil, a half-liter latte is unlikely to be prepared for you, as is customary in other cafes. The standard coffee “dose” for Brazilians is 200 ml of Americano or a tiny cup of espresso. Besides, aromatic Arabica is inferior to another popular drink ‒ carbonated guarana lemonade. Guarana and cold coconut water are served in all the coastal cafes.

Pele, Ronaldinho, Adriano, Kaka, and Ronaldo are legendary footballers whose names are heard by every fan. Brazil is a five-time FIFA World Cup winner and the only team to have competed in all of the championships. Therefore, it is not surprising that Brazilian teenagers spend their free time at the stadium, while adults watch football matches. 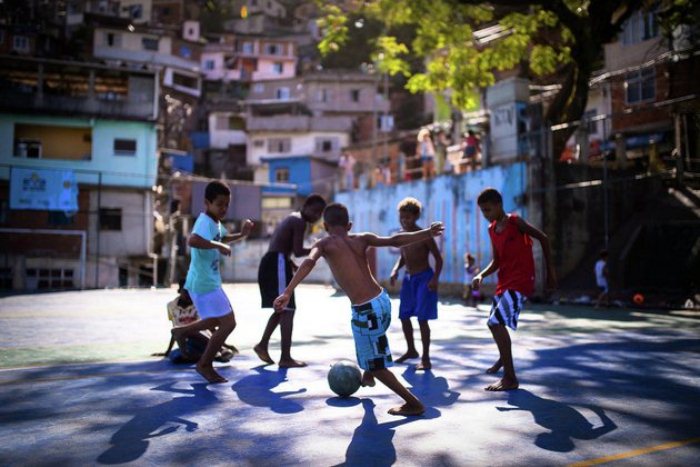 But not football alone ‒ Brazilian youth also live in volleyball, surfing, and many water activities. Copacabana Beach, which stretches for four kilometers, has dozens of surf spots and volleyball zones. Also, on the beaches of Brazil, kitesurfers, windsurfers, and other fans of “catch the wave” gather.

7. Tourists are not allowed to enter the favelas

Favelas are disadvantaged areas that are controlled by criminal gangs. State laws do not apply here, living conditions also leave much to be desired. A traveler cannot enter such a place alone. If the “gringo” tries to enter the slum territory on its own, the “sentinels” will stop him. 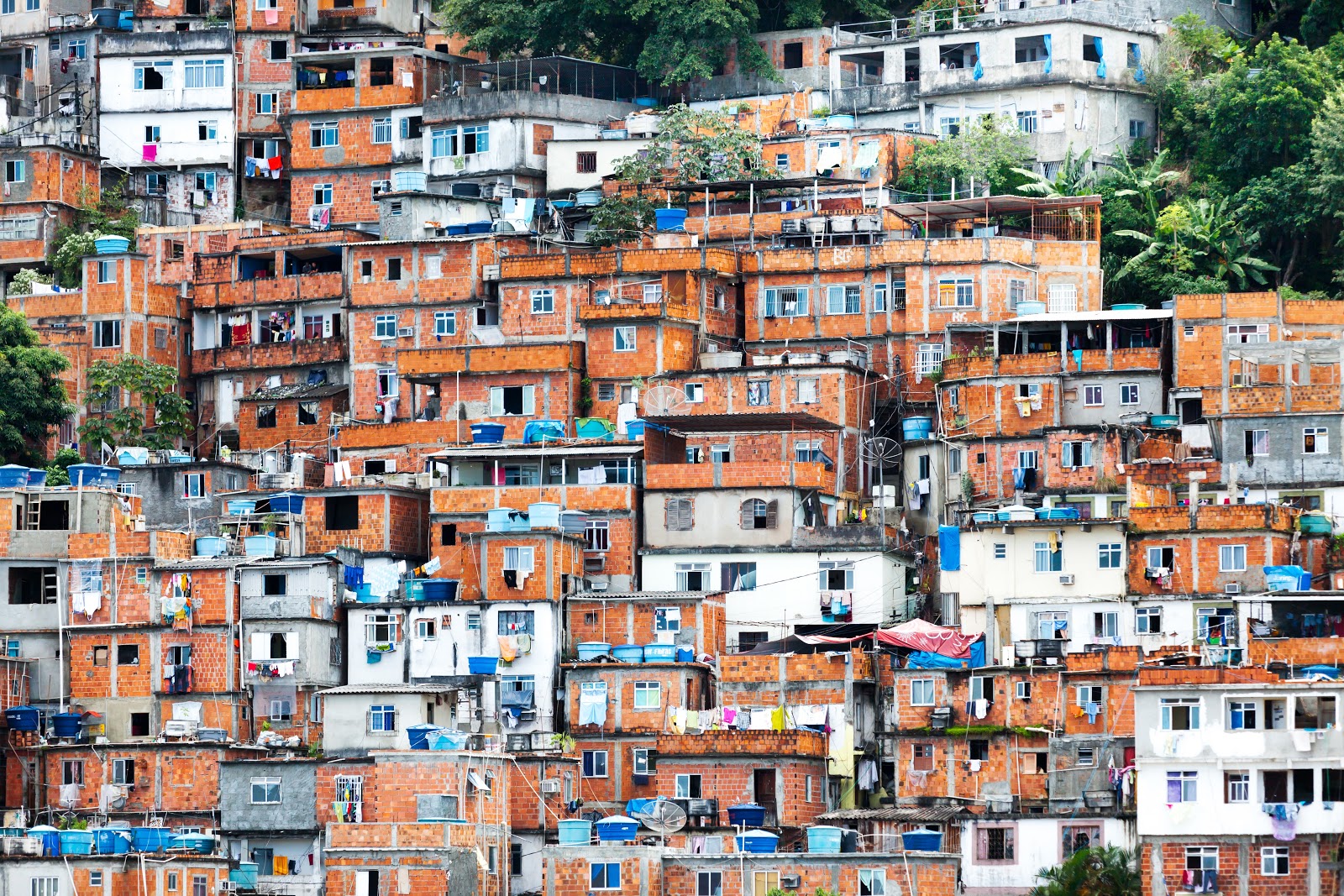 Nevertheless, favelas can be seen as part of the tour. The picturesque areas are popular with tourists, so Brazilian guides negotiate with the slum authorities and conduct one-day tours for extreme lovers. Getting into favela territory is real. In some areas, for a fee, you can take a breeze on a moped, and in one of the most popular neighborhoods, Vidigal favela, you can visit a modern sushi bar.

Real Brazil is not only a carnival and a photo in front of the statue of Christ the Redeemer. This is a sunset on the river with caimans, traditional dinner at a cozy hacienda, an excursion to the favelas, and the endless beauty of the Amazon.

8. The capital of Brazil ‒ Rio, or São Paulo?

And then another mistake, the capital of Brazil ‒ Brasilia. It is the 4th largest city in the country. Many people think that the capital is Rio de Janeiro, and until 1960 this was indeed the case, but in 1957, by presidential decree, a project was launched in the country to build a new city specifically for the capital. 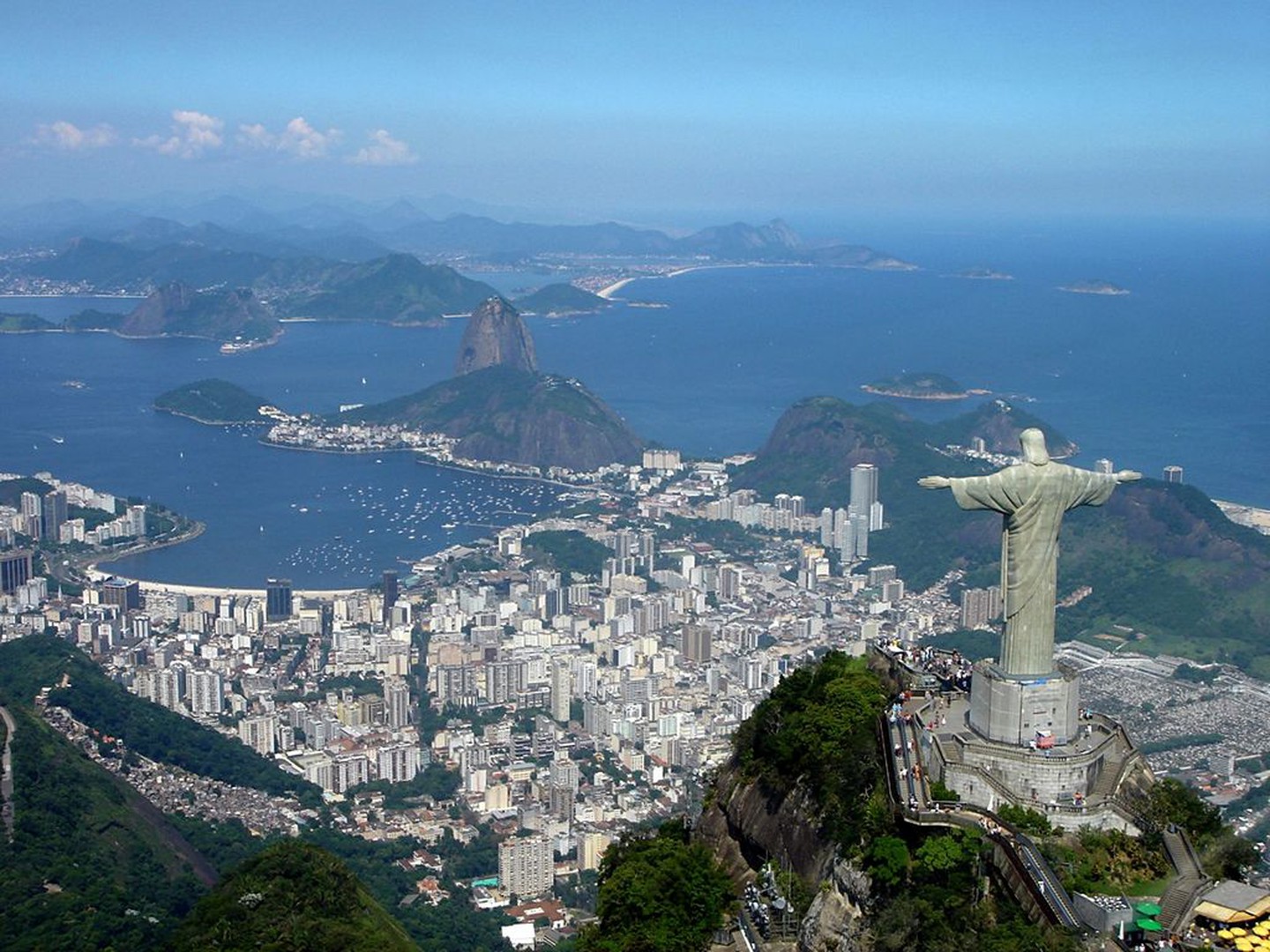 For the most part, yes, impressive asses are typical for women. Interestingly, this feature is typical even for the majority of Japanese women living in Brazil (do not forget that the world’s largest community of Japanese lives in this country). By the way, they don’t have such an expression as “Brazilian butt”, of course. 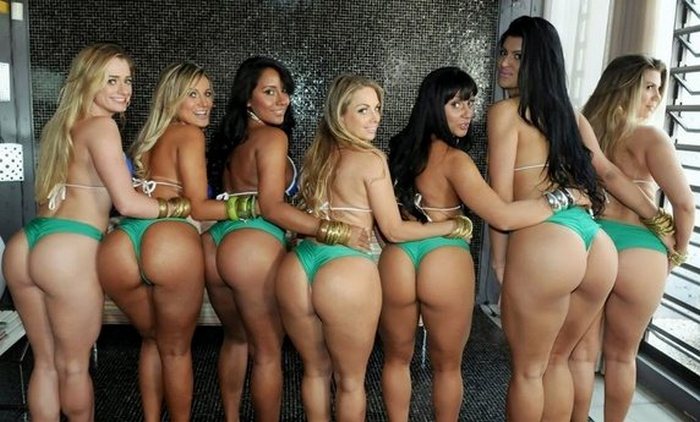 The ideal for most Brazilians was and remains the actress popular in the 1970s ‒ Rita Cadillac. They remember her with an original request: “When I die, putting my body in a coffin, put it on my belly. So that those who have come to say goodbye see the most precious thing I have ‒ my ass.”

10. Brazil is a poor country

Brazil gained independence from Portugal only in 1822, so the country is quite young. And of course, it cannot be the most successful in the economic sphere, but Brazil is developing quite rapidly. The country is the largest sugar producer in the world and also has one of the leading positions in the supply of coffee.

Stereotypes never arise from scratch, but some of them collapse, some are still only confirmed. If you ever plan to visit Brazil, forget all the prejudices about it, this is a country that you need to discover yourself.

11. Brazil has a high crime rate

Yes. It’s true. There are many ratings of the “most dangerous countries in the world”, and Brazil is very rarely deprived of attention in such lists. The problem is that there are disadvantaged areas in every corner of the world, in Brazil, there are simply more of them, and the inhabitants of these places are more emotional.

Therefore, if you are a tourist and do not know the Portuguese, then after 18:00 it is better not to walk the streets alone, even in the center. Although, even if you know the local language, it is better to spend the evening at home.

This is an old stereotype yet one that remains firmly ingrained in many people’s minds. ‘Hate’ is a strong word and few people are serious about what is, in fact, just some friendly rivalry. This rivalry stems from the beginning of the 19th century when the two countries were considered the most important in South America. This competition spread to football, a sport that both countries are immensely passionate about. So while the rivalry may be there, it’s harmless and certainly not hatred.