69 is the sex position you would most likely hear so many opposite opinions on. Most of us have experience with that particular position from high school and college, but, odds are ‒ half of the people have given it up after realizing that it’s too much effort and very little reward. One of the two people involved usually has more skill and devotion to pleasing their partner than the other. So instead of both giving and receiving pleasure ‒ one is too busy doing the job and the other one ‒ too busy moaning. That is not the point of 69! To do the 69 sex position effectively, both partners need to be equally involved in the process. As a very wise man once said: “It’s all about having and sharing, giving and receiving,” by Joey Tribbiani.

If you recognize yourself in one of the descriptions above – it’s okay. And that’s not my personal opinion. Here is what Ashley Cobb, a sexpert for “Lovehoney” has to say about it: “You can enjoy being the receiver without having to focus on giving but then 69 isn’t right for you. The same is true if you just want to give oral. It can be challenging to do your best work on someone else if they’re also pleasuring you. You may also be someone who simply doesn’t like receiving oral, but loves giving it. Again, this is fine, whatever floats your boat, but then you might want to pass on 69-ing and spare yourself an awkward moment. Focus on another awesome sex position instead.

When a position has been around for as long as 69 has, it’s bound to inspire plenty of variations and interpretations ‒ some of which resemble the original, and others of which no longer look like it at all. People tend to be quite imaginative and pretty inventive when it comes to sex. One of the things we’re best at is coming up with new ways to get it on. So it should come as no surprise that we’ve collectively dreamt up so many types of 69 that we could comprise an entire genre of 69 sex positions.

In its original form, 69 sex position was equal parts lazy and hot. It didn’t require balance, strength, or flexibility. All it asked was for you to get on top of your partner ‒ or for your partner to get on top of you. While many of 69’s spinoffs emulated this equilibrium of sloth and sex appeal, some of them took things in a decidedly different direction. Thanks to generations of innovation, we now have 69 sex positions that range from easy to acrobatic to downright unfathomable. Some have you bent over backward, others have you upside down, and others have you suspended in mid-air ‒ with only your partner’s arms and legs to support you.

There are enough exciting takes on the classic that you could go a full two weeks without doing 69 the same way twice.

That being said, here are some of our suggestions: 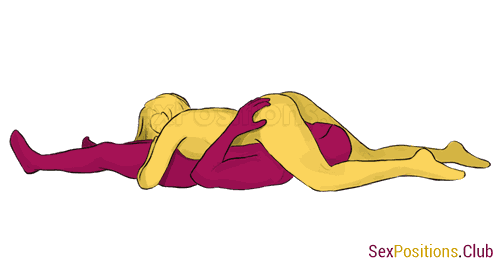 How to: You align yourselves so that you can reach each other’s fun parts. This is accomplished by having one person lie down on their back, with his head between the knees of the other one, who is on top. And then the sucking and licking begin. Usually, the woman is on top and the man is on his back, but in the case of a same-sex couple – whoever volunteers, or you could take turns.

Useful tip: Use a pillow or a sex wedge in case you battle to reach or end up stressing your neck or another aspect of your body. 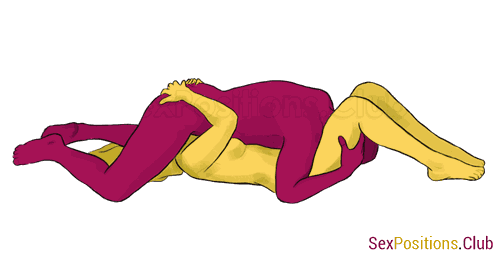 How to: It’s the same as the classic, however, instead of the woman being on top, the man is. 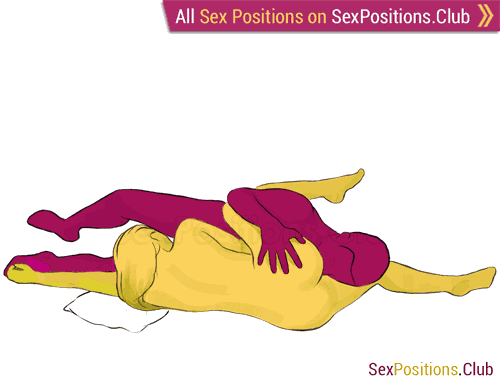 How to: Pretty self-explanatory. Instead of being on top of one another, both of the partners are lying on their sides.

Pros: If you’re struggling to reach your lover’s privates with the classic 69, sideways 69 might be just right for you. As far as I can tell, it’s way easier to reach everything. Another pro is that it requires less work for the person who’s usually on top. While on top, you’re regularly on your knees and at least one elbow, which can be completely exhausting, if performed for a significant amount of time. 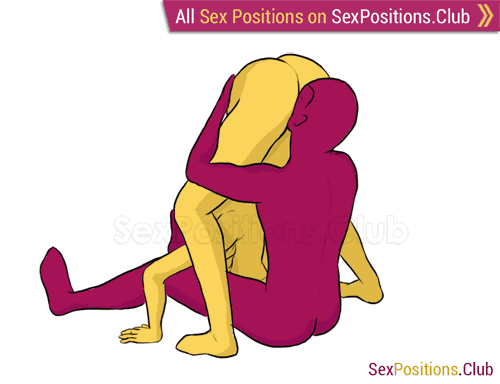 How to: Instead of having your girlfriend lie on top of you, have her squat over you. (I don’t imagine this particular one with the guy squatting based on simple anatomical features, so maybe not suitable for a gay couple.)

Pros and cons: The cons are that this will require lower back, glute, and quad strength and flexibility, yet if she has it, it’s a fun way to do the 69. The pro is that this squatting type has a lot bigger ass-slapping potential and let’s be honest… ass is class. 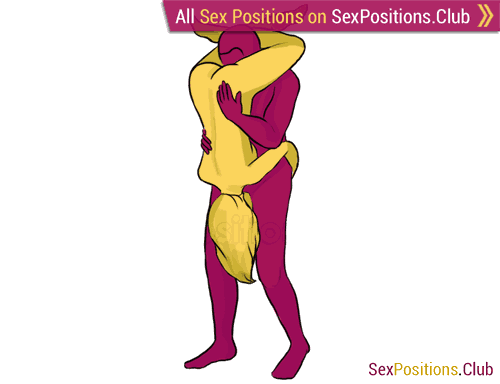 How to: Instead of lying on a flat surface, you hold your partner upside-down while you stand straight up.

Pros: In case you can pull this one off, you, my friend, will be considered a god. This is how you become the Yoda of sex, or at least the Yoda of 69ing.

Cons: Well, if you are not Yoda and you are not God, you probably can’t pull this off. So, basically, either your partner needs to be very small (and I mean HUMAN, okay, don’t get any crazy ideas, involving small innocent animals) or you have to come off, as some would say, “muscle daddy”. But if you ask me, as long as you are a sugar daddy, it doesn’t matter whether you can do the standing 69 or not. Trust me on this one. 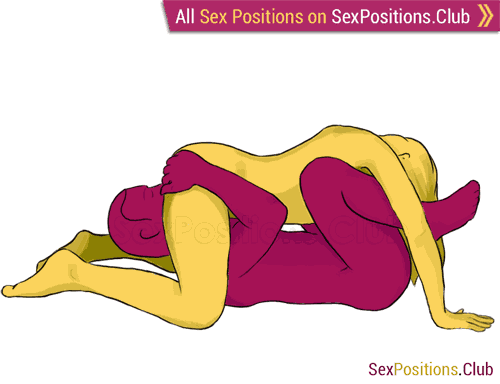 How to: While orally pleasing your partner, use either your fingers or a sex toy to enter them. On the off chance that your partner has a vagina, you can lick/suck their clitoris while carefully penetrating her vagina. Or then again, if she is into it, you can eat her out while your finger is in her anus (or the other way around). You can do this with men, as well. While receiving head, have your partner stimulate your prostate for more exceptional pleasure.

Cons: God forbid you to poke the wrong hole without getting permission first! 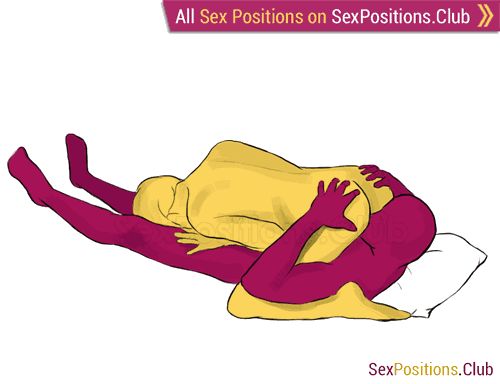 Pros: If you’re into butt-centric or prostate stimulation, this is definitely for you. 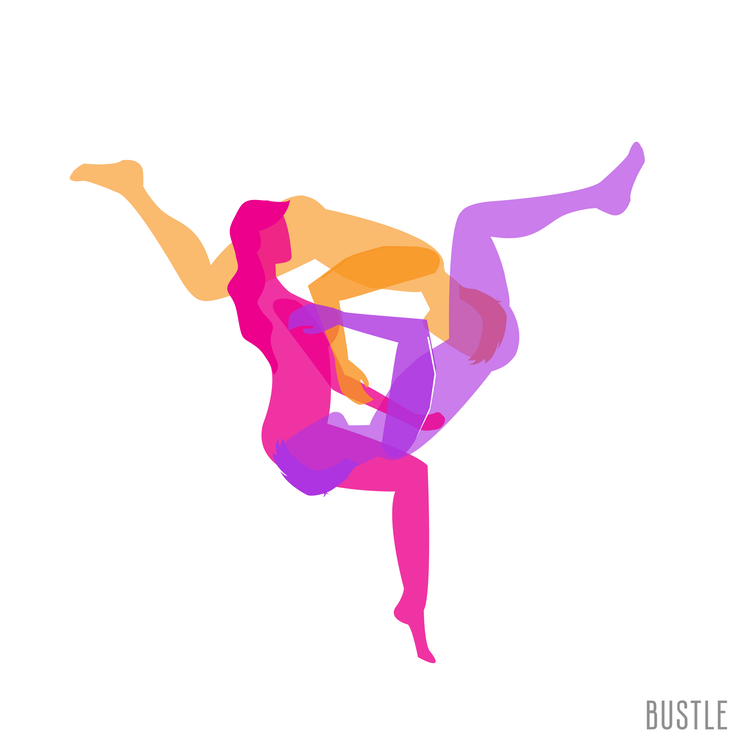 You do that and the rest is easy. And remember: the third person should always be a stranger! Don’t put yourself in future awkward situations just because “it seemed like a good idea at the time.”

Here is how it should go down: While lying on your side with your partners in a triangle formation, each one gives oral to the next person. Basically, in this position, you perform oral on one and receive oral from the other. This is quite the example of the whole “having and sharing, giving, and receiving” idea I was going for.

Everyone is equally participating.

I hope you found our piece as much fun as informative. Don’t be afraid to experiment and spice it up a little. I guess what we’re trying to say with this article is: we should all suck more!