On May 21, the premiere of the new trailer for Christopher Nolan’s upcoming movie “Tenet” took place. The release of the video itself means a lot to the industry ‒ after all, the fantastic thriller may be the first blockbuster to appear on the screens after the resumption of the work of cinemas that closed due to the coronavirus pandemic. However, it was not this that made the event historic, but the platform where the trailer was presented ‒ the premiere took place in the popular online game Fortnite.

Christopher Nolan was one of those who decided to master the game Fortnite as a platform for communication with the audience. Here was the premiere of the new trailer for the film Tenet. A high-budget sci-fi thriller in a style that can probably be described as “nothing is clear at first, then it gets easier.”

In this and the previous trailer, as well as in other marketing materials, some events take place backward. Nolan offers the next game over time, and also hints at the name-palindrome ‒ both the original and the adapted ones are read backward in the same way as in the correct order.

The events of the film will tell about the world of the future, where international spy networks thrive. The main character learns to manage time because this will help him take control of the situation. The video was shown hourly throughout the day on a large screen located directly on the game map. In addition to the presentation of the video itself, the organizers of the event reported that in the summer Fortnite would host a free screening of one of Nolan’s previous films. Which one ‒ they did not specify.

At the moment, there is no information on exactly how many users rated the “Tenet” trailer in an online game, however, given the crazy popularity of other recent events of this kind in Fortnite, millions of people have definitely done it.

Star Wars became the pioneer in the merger of cinema and a computer simulator of survival ‒ last December the game hosted an event in which the upcoming blockbuster “Skywalker. Sunrise” was shown. One of the participants in the event was JJ Abrams himself, who in real-time voiced his in-game model. Also, during the off-game event, users were shown a small trailer.

They also had concerts at Fortnite ‒ for example, there was an impromptu performance by DJ Marshmello, a famous fan of the game. The event was simultaneously watched by 10 million players. Already this April, when all live concerts stopped due to the pandemic, Fortnite gave a crazy visualization concert of rapper Travis Scott ‒ the event set a record, achieving 12 million simultaneous views. Fortnite was released in 2017 and is currently one of the most popular online games in the world, while also developing as an e-sports discipline. So, the prize fund of last year’s Fortnite World Championship amounted to $ 30 million. In 2020, the tournament will not be held because of COVID-19 ‒ like other large esports events with an even larger prize pool.

One of the reasons for the success of Fortnite ‒ in addition to its general availability, pleasant animation, mechanics, and a variety of off-game “chips” ‒ is considered the popularity of the game among celebrities. Game fans, in particular, are football player Neymar, rapper Drake, star of “Very Strange Things” Finn Wolfhard, basketball player Paul George, UFC fighter Demetrious Johnson, and many others.

As for Nolan’s “Tenet”, his premiere is still scheduled for mid-July 2020: previously IMAX CEO Richard Gelfond said that the director wanted to release his film first after the pandemic. At the same time, despite the absence of messages about the transfer, the exact date of its appearance on the screens was not indicated in the new tape trailer shown in Fortnite.

Warner Bros. Studio promises to make a decision on postponing the premiere of the science-fiction film “Tenet” by Christopher Nolan within a week. To date, the picture remains the only blockbuster whose output has not been moved because of the COVID-19 pandemic. The world premiere of “Tenet” is scheduled for July 15.

According to Variety, for the release of the “Tenet” on time Warner Bros. already now should have launched a large-scale advertising campaign. However, the studio cannot risk huge amounts of money to promote the film, because many movie theaters can remain closed if the quarantine is extended. IMAX CEO Richard Gelfond said Nolan wants to release his film first after the outbreak.

“I don’t know any other person in America who insisted on showing his film in theaters as early as possible,” said Gelfond.

Planning to release the film in July, Nolan promised to complete post-production in the coming weeks. In conditions of social distancing, crew members are working on the project remotely. Ideally, Tenet will mark the start of the late summer season, which will also include Disney Studios Mulan (July 24), Spongebob on the Run by Paramount (August 7), and Wonder Woman: 1984 by Warner Bros. (12th of August). ComScore senior analyst Paul Dergarabedian called Nolan’s movie “an upscale blockbuster that will become the most popular movie tape in theaters.” 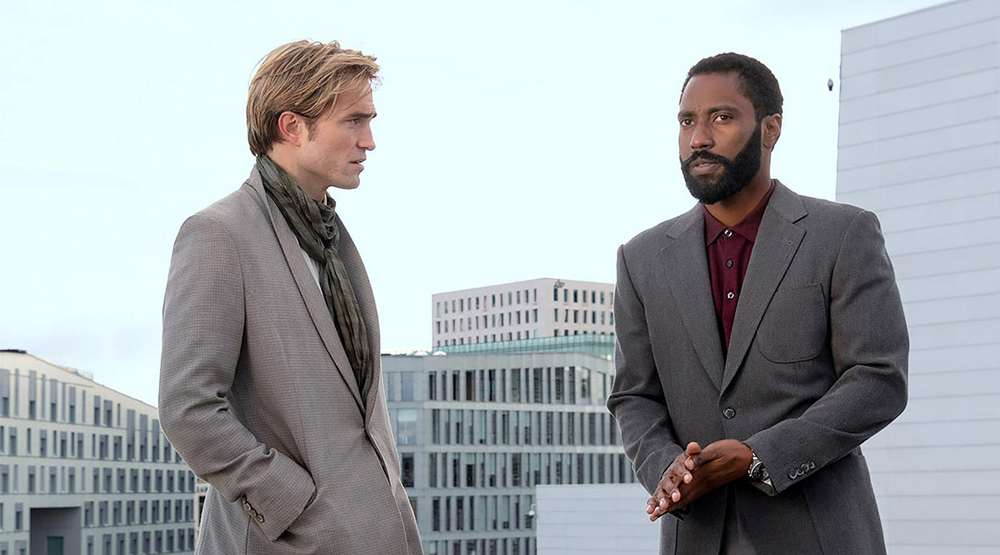 “People watched old movies and television shows at home. It will be extremely important for them to go to the cinema for something completely new ‒ such as “Tenet” or “Mulan”. People will be incredibly excited,” said Dergarabedian.

Now movie theater owners are thinking through the rules for safe operation and a smooth return to normal. First of all, viewers will be offered to buy tickets online and comply with the mask mode. Also, in cinemas, they will introduce a non-contact check of tickets and limit the number of spectators in the hall so that they can sit 1.5 meters from each other, and at the entrance, they will organize a temperature check.

The prospect of selling fewer tickets may scare the studios away, but movie theaters have their own arguments about this. Since there will not be many new films in the summer, competition between them will decrease, and the costs of social distance will be offset by screenings on a large number of screens.

Many people still believe that planning for major releases in July is too optimistic because in a lot of countries the number of coronavirus infections continues to grow. There are also concerns that the decision to ease restrictions in Texas and Georgia could trigger a new wave of infections. Currently, most cinemas do not expect to open until the end of June. At the same time, representatives of the largest cinema companies in the USA ‒ AMC and Cinemark ‒ are going to resume work in July.

With a budget of $ 200 million, the “Tenet” cannot be issued only in places weakly affected by the coronavirus. To make a profit, the film must go to the cinemas of the two largest cinematic markets of the country ‒ New York and Los Angeles. The share of ticket sales in these cities can range from 10% to 20% of the film’s revenue. Also, a blockbuster with carefully thought-out effects is aimed at a foreign audience.

It is the new mysterious project of the director of The Dark Knight, The Beginning and Interstellar.

In cases with the films of Christopher Nolan, who is without a doubt one of the most extraordinary directors of our time, little is clear from the first trailer about the plot of this fantastic movie.

The fantastic action “Tenet”, which will be released in July 2020, according to Nolan, will be his most ambitious project. And the point is not only in the first-class cast but also in the fact that the picture was shot in seven countries of the world. As the director explained in an interview with Entertainment Weekly, “Tenet” is a film at the junction of several genres at once.

The main character of the movie, played by John David Washington of the Black Clan, comes to life in a hospital after an unknown rescue operation.

Next to him is a mysterious man who tells us that the choice made by the hero allowed him to pass the test necessary for joining the secret organization. He draws attention to the fact that everyone believes that they can enter the burning building, but in reality, there are not so many who are capable of such an act. It seems that the character of John David Washington was one of those. He was ready to sacrifice himself for the sake of saving colleagues (which, by the way, we don’t know anything about).

As for organization, this is certainly a secret structure, probably controlled by the Big Bosses of our world. It aims to prevent the Third World War. And no, not a nuclear apocalypse should be its cause, but something worse.

It seems that they have technology that can manipulate time. This is confirmed by the frames from the trailer: we see the ships sailing backward, and then, when the character of Washington is in the same car with the hero of Robert Pattinson, they suddenly see a car that just turns over and now returns to its original state and gets on four wheels.

A female voice-over explains that trying to understand what is happening is pointless, you just need to feel it. Then we see echoes of an event that has not yet happened ‒ traces of bullets on the glass. Obviously, the events that the main character is talking about are about to happen ‒ at that moment he opens the door and a special forces soldier appears in front of him in full dress.

Less time is left before the disaster ‒ the slogan of the film “Time is running out” hints at this.

P.S. One of the roles in the action “Tenet” was played by Michael Kane ‒ one of Nolan’s favorite actors, whom the director calls in almost every project. According to rumors, despite the fact that in the trailer Kane appears on the screens for only a second, his character will have a significant impact on the development of the plot.