TWIFT | Lifestyle | At the Crossroads of Civilizations: Remote Village

At the Crossroads of Civilizations: Remote Village

The story about the inhabitants of the remote village in southwestern China, who settled on an 800-meter rock for 200 years, spread around the world. The shots at which residents went home along dangerous stairs shocked countries where nano-technologies. Artificial intelligence have ruled for a long time.

That is why the Chinese authorities decided to move them to a modern residential building, about which this part of the Chinese population had no idea. China and its culture never cease to amaze us! 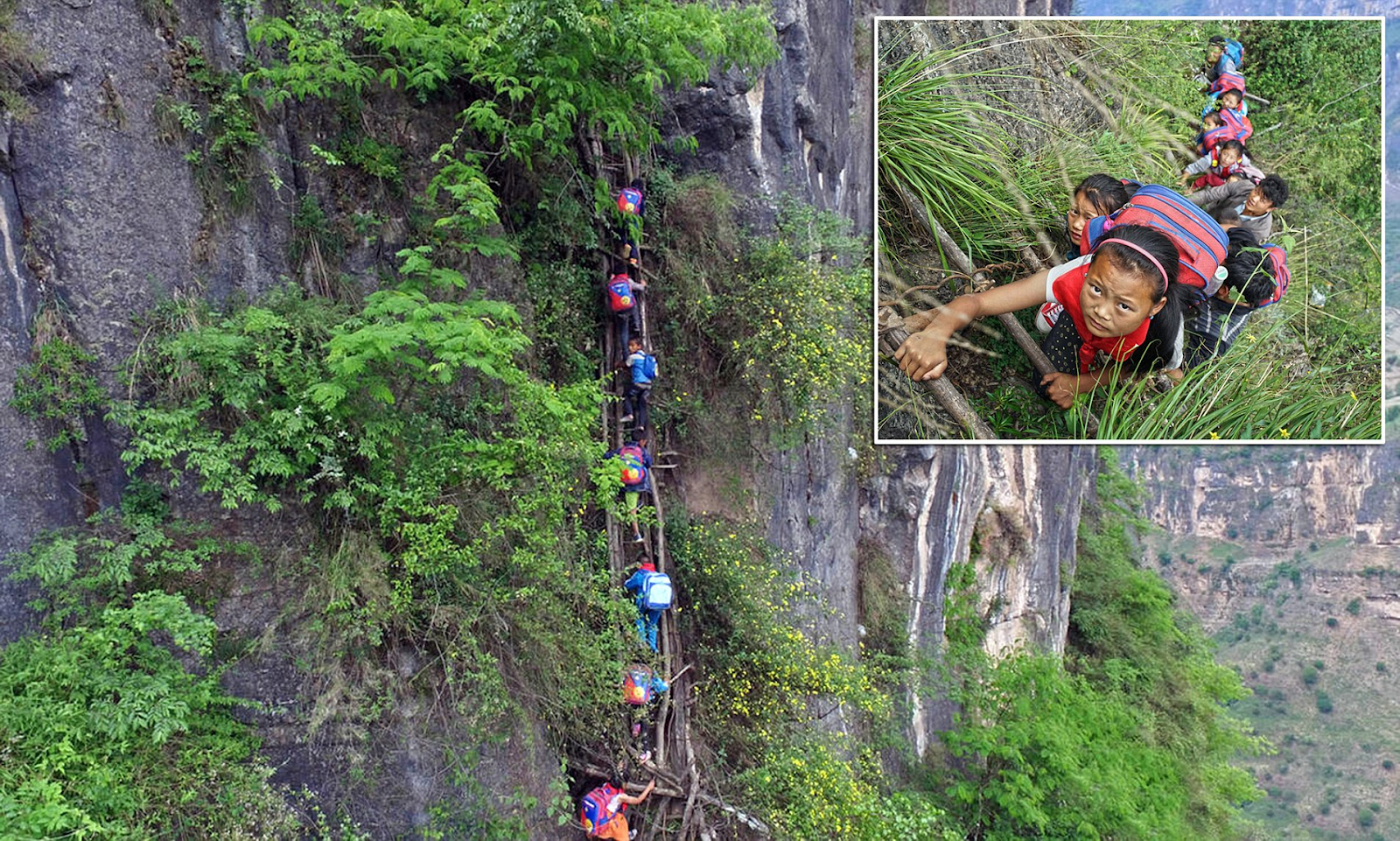 For the first time photos of schoolchildren from the clifftop village of Atulie’er, who went down to “civilization” through fragile stairs made of rattan, were published by the media. I’ll bet it’s like nothing you’ve ever seen!

According to the photographer of these photos, the locals called these stairs “heavenly” and they had to go down for two hours in order to somehow get closer to the outside world. There, in the clifftop village, they sold agricultural products, which they produced themselves. However, to carry it along the shaky stairs, they spent a lot of effort. Therefore, they appeared in the markets not so often.

To at least somehow cultivate the process of movement, the local authorities equipped new steel stairs instead of unstable rattan ones. It really reduced the time for transportation. 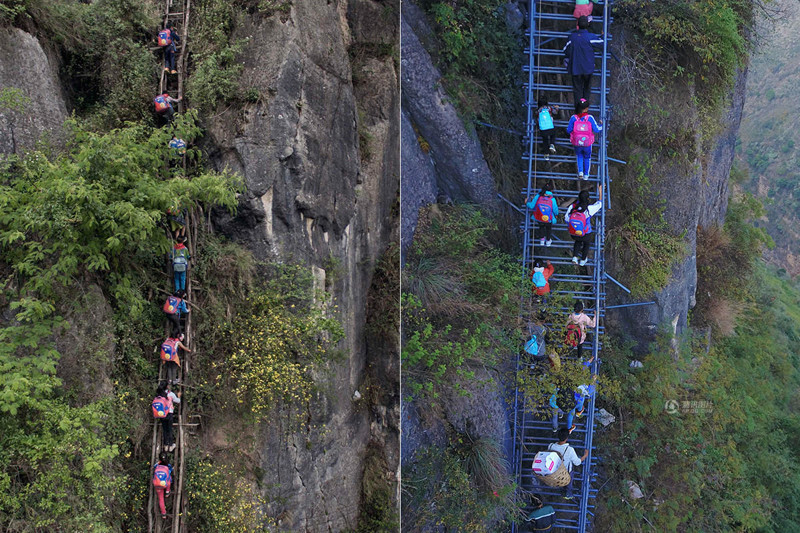 However, this month forever changed the slow life of the “population of the past”. 84 families left their homes at a height of 2624 feet and went down to the center of Zhaoju as the Chinese news agency Xinhua reported. Instead of shelters on a cliff, residents were housed in apartment buildings.

Now they have their own housing ranging in size from 25 square meters to 100 depending on the number of people in the family with all the necessary infrastructure. Modern electricity, running water, a kitchen, a toilet ‒ all these fucking miracles of civilization can be found in the new houses by nomadic people from the clifftop village! 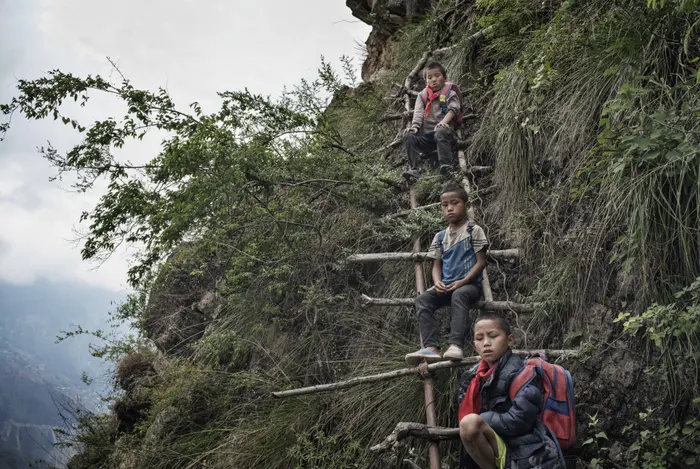 “Since all these modern assets are completely new for people from a remote village, of course, they need time to adapt, but they were all very pleased,” said state-owned television company CGTN.

“I’m very pleased that I have a wonderful new home now,” shared Moze Lalu, a former resident of the clifftop village.

“Moving to the modern district will make the life of our family very convenient. From now on, my children will be able to easily go to school. And all insurance services, including hospital insurance, will be good for us.”

But not all families of a remote village agreed to such a move and a complete change in the way of life. About 30 households said they remained in the same place and didn’t plan to change anything. Change is always fucking scary! Well, I don’t know about you, but it would be more terrible for me to climb this dangerous rattan ladder on a vertical cliff!

An interesting fact is that recently the remote village of Atulie’er has become a fairly well-known tourist destination. Perhaps this was influenced by news about schoolchildren who traveled home for two hours. Most tourists go to see how this population lives. 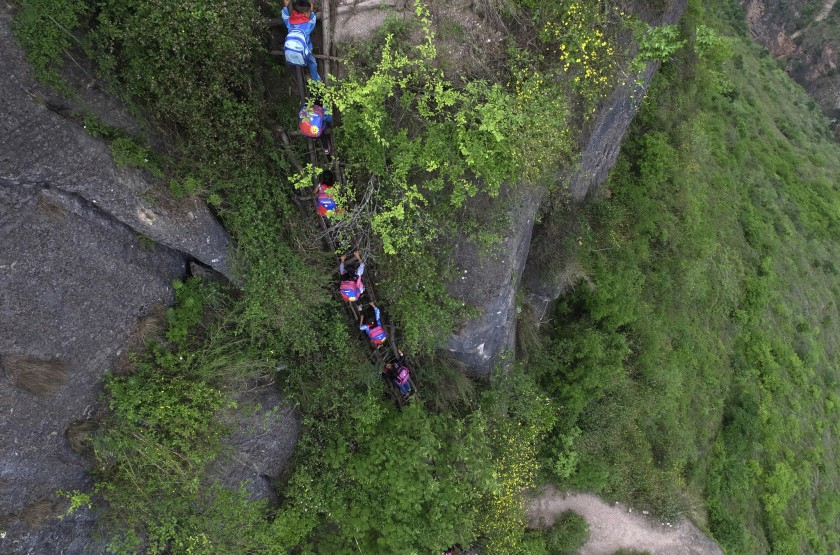 The tourism business is just beginning to flourish here since the local authorities announced the possible construction of a cableway for foreigners, who would be able to look from above at the life of the clifftop village and touch the ancient culture, which has already been more than 200 years old.

By 2020, even before the COVID-19 pandemic and the global crisis, the Chinese authorities had announced a plan to overcome the poverty of all regions. The total number of inhabitants was to be 1.4 billion people. However, after the onset of the crisis, this issue may be revised for a while…

The remote village of Atulie’er was not alone in this regard. More than 4000 households from other territories also moved to new homes. This large-scale campaign contributes to the combating of poverty in all provinces in China.