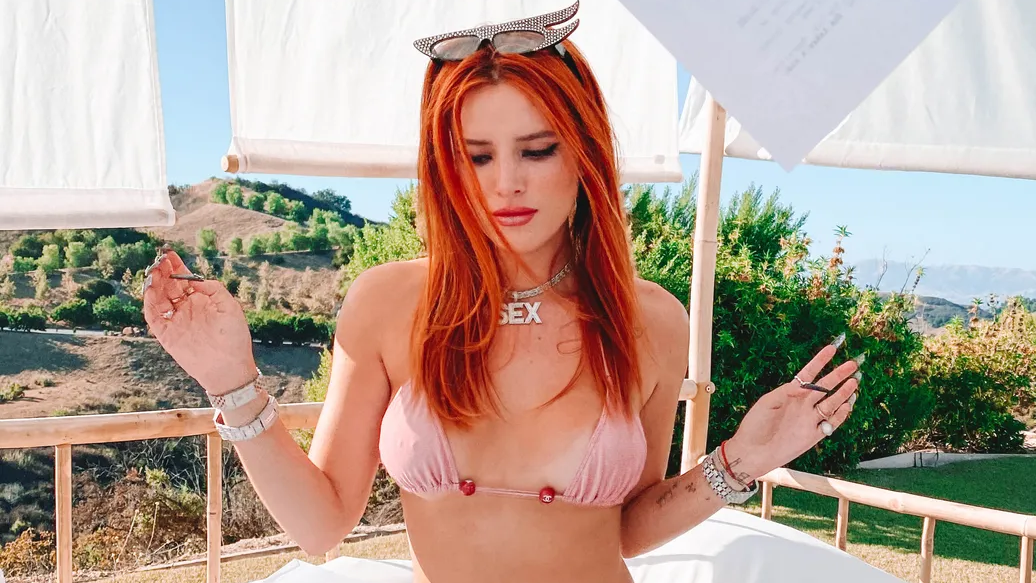 It probably won’t come as a shock that 22-year-old Bella Thorne is trending again. We all know and love the redhead from her Disney Channel days and especially the show “Shake It Up”. She also appeared in Fox’s “The Masked Singer” (Season 3), performing in a swan costume. The actress also starred in the Netflix horror film “The Babysitter” and its sequel, “The Babysitter: Killer Queen” (released on Netflix on the 10th of September). This time we’re all getting obsessed over Bella Thorne’s OnlyFans account.

The site launched back in September of 2016 and since then it has paid out more than $1 billion to creators. It also supports more than 50 million users and provides for 700,000 content creators. In the last couple of months, the platform has accommodated celebrities like Cardi B, Blac Chyna, and Shea Coulee (winner of Season 5 of “RuPaul’s Drag Race All Stars”). On the website, you can also find Sonja Morgan and Dorinda Medley (from the “Real Housewives of New York”), as well as rappers Swae Lee, Rico Nasty, and The-Dream. Safaree Samuels and Erica Mena (from “Love & Hip-Hop”) can also be found on OnlyFans. 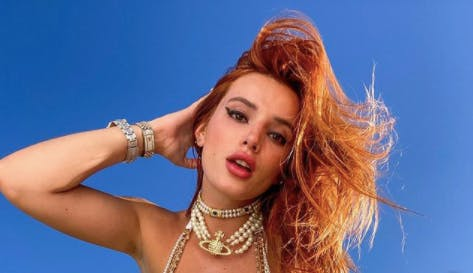 We shouldn’t be too quick to judge Thorne, though. At the end of August, she posted a tweet claiming she wasn’t going to be involved in any nudity on OnlyFans. “Also nooooo I’m not doing nudity!!!” claimed the tweet. Let’s not forget this isn’t the first time the actress has had issues with nudes. Last year she posted nude shots of herself on Twitter. This was the result of a hacker trying to blackmail Bella, to which the actress replied by simply uploading the pics herself. Also back in 2019, Pornhub featured Bella’s debut as a director of “Her & Him”, which was defined as a “sexually explicit reimagining of Shakespeare’s ‘Romeo and Juliet’”.

Bella Thorne set a brand-new record on the naughty subscription-based social platform earning over $1 million through revenue in the first 24 hours after signing up for the website. The singer took to Instagram to share a video on the 19th of August announcing her upcoming profile on OnlyFans. Since the 19th, her earnings on the site plummeted to about $2 million. The influencer, like many other celebrities, is using the website to share her content and playful photos. (It’s been reported by Bella’s reps that the actress replies to every direct message from her followers from OnlyFans.)

The way it works is that subscribers, who pay a set fee, get access to celebrities’ shared content. Bella’s subscription on the website is fixed at $20 per month (with a limited-time 20% discount for a one-month subscription and 15% off if fans purchase three- or six-month access). Another feature of OnlyFans that is attractive to influencers is that every creator pockets 80% of his subscription revenue. Great for Bella, right? Additionally, fans can tip the influencers on the platform.

Bella’s experience with OnlyFans was so fascinating, it caught the eye of the American director, cinematographer, producer, and screenwriter Sean Baker (known for the film “The Florida Project”). As reported by Paper Magazine, the filmmaker was planning to make a documentary about Thorne and her involvement with the social platform. The actress even shared an Instagram post about it: “Thank u @paper I’m excited to talk about the politics behind female body shaming & sex!!! With the amazing director Sean Baker who I’m proud to call my friend ❤️”. However, on the 28th of August, the producer released a statement claiming that he is not making a film about Bella and the website as a result of the backlash from sex workers.

In May of 2020, the actress sealed a development deal with Fox for teen-based projects. Bella Thorne is currently repped by CAA, Thirty Three Management, Strategic and Hirsch Wallerstein Hayum Matlof and Fishman. Her agencies are doing a great job managing the actress because her career seems to be hitting awesome levels. Keep rocking, @bellathrone!