You’re not the only one who’s impressed by Blue Ivy’s accomplishments.

Beyoncé and Jay-Z’s daughter is only nine years old and has already taken home her first Grammy. If you were wondering what it’s like to be the child of two legends ‒ this is what it is. She is so young but she’s already a rising star and now she’s got the Grammy to show for it. 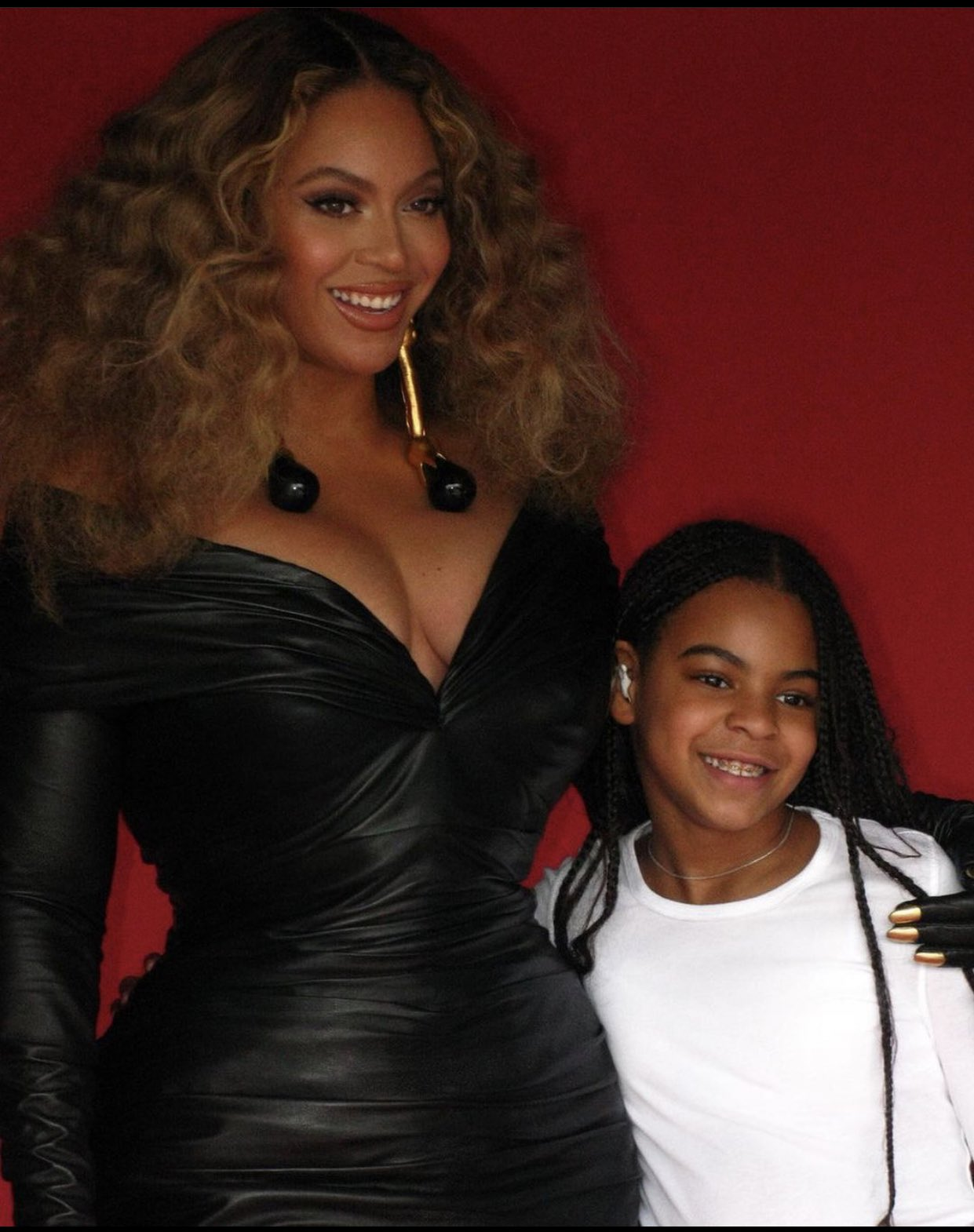 Bey’s daughter can now be proud with her first Grammy nomination and win, while her mom’s “Brown Skin Girl” snatched the award for the best music video. (This placed Blue one spot behind Leah Peasall of the Peasall Sisters as the second-youngest winner in the entire Grammy history, as reported by Vulture.) Queen B and Meghan Thee Stallion also bagged a Grammy for “Record of the Year”.

The young Carter is given credit as a featured artist on the piece “Brown Skin Girl” as she sings and appears in the music video, which dropped August 2020 as a part of the soundtrack for the movie “The Lion King: The Gift” (2019). “Brown Skin Girl” was afterward adapted into a magnificent music video for B’s visual album “Black is King” (2020).

Even though Blue’s name was initially not on the Grammy nomination list when it was first made public, it is now included in it on the Record Academy’s Grammy website. The Recording Academy verified Blue’s nomination to Billboard citing Grammy policy claiming that “in order for a featured artist to be recognized as a nominee, the artist must be credited and recognized as a featured artist; and there must be significant performance and artistic contribution by the featured artist beyond what might be considered merely an accompaniment.”

The future star was on the song with her mom, Wizkid, rapper Saint Jhn, and the video’s creators. Bey’s mom, Tina Knowles-Lawson, is also in the “Brown Skin Girl” video as well as the Queen’s youngest daughter, Rumi Carter.

The bop (and the mother-daughter duo’s win) is especially important because “Brown Skin Girl” is an encouraging anthem for black girls and women worldwide, which delivers the message of acceptance and admiration towards the body we live in.

Beyoncé mentioned in ABC’s special “Beyoncé Presents: Making the Gift” (2019) that “When I see fathers singing Brown Skin Girl to their daughters, to know that my daughter can have the same opportunities and feel confident and feel like she doesn’t have to take her braids down, she can comb her Afro out, she can glisten in her brown skin. That’s why I make music.”

Blue sings the lyrics “brown skin girl, your skin just like pearls, the best thing in the world, I’ll never trade you for anybody else” in the song, while the Texas-born and raised Queen sings “I love everything about you, from your nappy curls to every single curve.”

During her acceptance speech for “Black Parade” (which won her the award for Best R&B Performance), Beyoncé mentioned how her daughter and her other two children (twins Rumi and Sir) inspire her. “As an artist, I believe it’s my job and all of our jobs to reflect the times,” she said. “It’s been such a difficult time. So I wanted to uplift, encourage, and celebrate all of the beautiful Black queens and kings that continued to inspire me and inspire the whole world.”

She added: “This is so overwhelming. I’ve been working my whole life, since nine years old. I can’t believe this happened. This is such a magical night. Thank you so much. I know my daughter is watching, two daughters and my son, y’all all are watching. Blue, congratulations, you won a Grammy tonight. I’m so proud of you, and I’m so honored to be your mommy, all of your mommies. Y’all are my babies and I’m so proud of y’all.”

We’ll surely be seeing more from Blue Ivy and we definitely can’t wait to witness her career take off. She’s in for a lot of great adventures with a world pop star and the “god of rap” as parents.