Money Heist Season 5: what to expect

Fans all over the world can’t wait to watch Money Heist (Le Case de Papel) Season 5. The fourth season of this beloved by all Spanish-language series was released by Netflix in April 2020.

Season 5 had to be broadcast a year later but things slowed due to the coronavirus pandemic. Anyway, Netflix promises to release the new season this year, however, it will be the last one.

Ten episodes of the fifth season will arrive in two parts, having a bit different mood – on September 3 and December 3. The first part is rough and tumble, the second one is focused on the emotional state of characters, which prepares the viewers for their departure.

The fourth season involved more action and massacre than the previous seasons altogether. It ended on a punch line and for sure there has to be a follow-up. Lisbon joined the team and they all successfully got out of the Bank of Spain due to Professor’s wit. But suddenly Alicia appeared and put a gun to Professor’s head. What will happen next? Season 5 for its part is going to be full of unexpended turns. 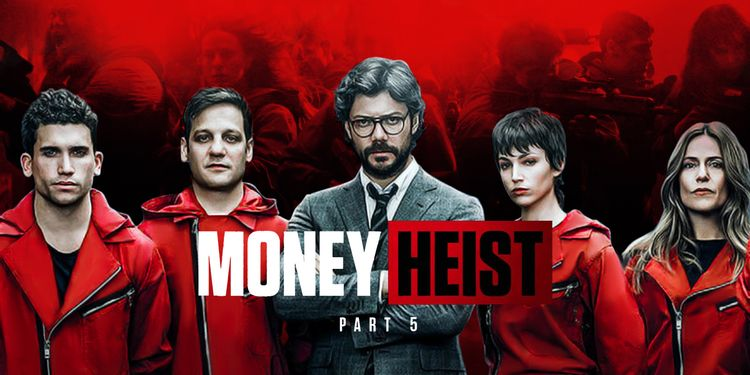 The synopsis from Netflix narrates that the gang comes to be in a tricky situation, and it’s probably the first time Professor doesn’t propose a way out. The gang is trapped in the Bank of Spain and spends there more than 100 hours. They lose one of them. Sierra seizes the Professor. And the enemy is stronger than ever – it’s the whole army. The synopsis tells it’s going to be a war.

Some new actors have been added to the cast. They are Miguel Angel Silvestre and Patrick Criado. However, Nairobi (Alba Flores) will not be in the movie anymore. The rest of the cast remains the same.

According to executive producer Jesus Colmenar, despite Nairobi’s death, she still inspires other members as she was the heart of the gang. In the last season, her presence is obvious anyway as other characters recall her a lot.

Despite the ending of the show, Alex Pina, its creator is thinking of evolving the characters’ stories. All the gang members have got strong personalities with their distinctive features and it will be interesting to see them in other contexts. So soon we probably will watch the spinoffs of Money Heist. And meanwhile, let’s enjoy Season 5 on Netflix.