It’s very flattering for any musician to have a crowd of fans. But it’s much more important when musical talent is recognized by industry professionals. Below is a list of the most prestigious music awards.

The Grammy is number 1 in the world of music awards. It is also called the musical Oscar. The first Grammy took place in 1959.

The award honors the high success and achievements of musicians, singers, composers, producers, sound engineers, technicians, directors, and other representatives of the profession. At the same time, the commercial success of the musician and the single, as well as the place in the charts, do not matter.

The award is a gilded statuette — a small gramophone on a wooden stand.

The Grammy is awarded in almost a hundred nominations. Among the musicians who won the most Grammys are Beyoncé (24 awards), Jay-Z, U2, and Stevie Wonder — each received 22 awards.

Pic AMAs
Taylor Swift had 6 wins at the last AMAs

Among prestigious music awards, there is also the AMAs. American Music Awards was founded in 1973 as a competitor to the Grammy Awards. The commercial success of the artist is taken into account here. The winners are the musicians with the most sales and airplay.

People choose the winners by voting through the AMAs website. Most wins here belong to Taylor Swift (29 awards) and Michael Jackson (26 awards).

Pic BRITs
Foals won the best group at the BRITs 2020

The BRITs is one of the most respected and significant music awards. The first BRIT Awards took place in 1977.

The BRITs trophy depicts Britannia — the female personification of Britain.Robbie Williams has the most wins (18 awards).

In 2000, a separate awards ceremony was established for classical music, The Classic BRIT Awards.

Billboard Music Awardswas founded in 1990. It is presented by Billboard — American music magazine.

The BBMAs honors topmost musicians and best-selling songs.
The most successful here are Drake (27 awards) and Taylor Swift (23 awards).

MTV established the VMAs in 1984. The award is given to the best music videos.
Viewers choose the best videos by voting on MTV’s website.

The winners receive a “Moon Person”, a statuette depicting an astronaut on the moon.
The most wins overall have Beyoncé (25 awards), Madonna (20 awards), and Lady Gaga (18 awards).

This music award has been presented since 1989 in Monte Carlo.

It is awarded to musicians with the highest worldwide sales of their audio recordings. The winner receives a statuette that depicts an artist with the world in his hands.

Mariah Carey is the most awarded musician in the history of the World Music Awards (19 awards).

Music awards turned from awards ceremonies into the great shows celebrating musical talent. But besides the entertainment function, they also have a more important role — they support the development of musical culture in general. 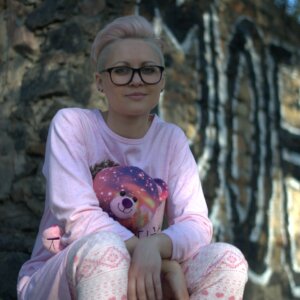