Thousands of films are released annually and in such a stream it is very easy to get lost even for the best films. In this article, we have compiled 30 of the most underrated Hindi movies. These are the motion pictures that could receive noticeably more audience attention, positive reviews, and awards. Of course, there are more than 30 such films, but we have cited those that can be considered the most striking examples of underestimation by viewers and critics.

A boy named Rohan, after 8 years in a boarding school, returns to his home in the town of Jamshedpur. His father, an alcoholic, lives there, and his half-brother, about whom Rohan learns only upon arrival. An authoritarian father forces Rohan to work in a metallurgical plant and take engineering courses at the university. However, Rohan tries to follow his path and fulfill his dream to become a writer.

A film about how prejudices spoil people’s lives. The young athlete Nikhil Kapoor was successful and happy. State Swimming Champion, many friends, loving family. However, at one point it all collapsed. It turned out that Nikhil is HIV-positive. He was kicked out of the team, his friends recoiled in fright, and his parents fled to another city. Nikhil was arrested and sent for compulsory treatment. And only his older sister, along with several caring people, did not leave him and helped to fight for the rights of all people who test positive for HIV.

Rajesh Bauji, a 30-year-old man, lives a dull and boring life. However, an accidental incident drastically changes his life. Once it turned out that his daughter was dating a guy with a bad reputation. The family decides to lock up their daughter and go beat the wayward guy.

This is a film about one of the largest cities in the world ‒ Bombay. It shows the everyday life of homeless children, small traders, drug dealers, pimps, prostitutes, police officers, and crazy kings of the underworld. A whirlpool city attracts everyone who plunges headlong into its life.

A well-known businesswoman is accused of murdering her lover. Can the best lawyer who hasn’t lost a single case in 40 years save her life? In the shortest possible time, he must come up with the best defense strategy.

The events of the film take place in 1947 in Lahore. A little girl named Lenny enjoys a warm and wonderful life provided by her rich and loving parents and four nannies. Lenny will tell about the life of one of her nannies. This film is included in the trilogy along with such films as Fire (1996) and Water (2005).

Two people meet on an intercity bus. She is a young married woman named Meenakshi who professes Hinduism. He is a photographer, a Muslim from Calcutta named Jahangir. And all would be fine, but on the way, the bus is stopped by a gang of angry Hindu extremists. To survive, Jahangir will have to pretend to be Meenakshi’s husband.

If you’ve been looking for movies like Udaan, this is it. Nishu and Asif are two young guys from the slums. They are united by an irrepressible love of dancing, and both of them dream of achieving heights in ballet. However, their relatives, and indeed people from their inner circle, do not understand such a desire. Nevertheless, an experienced choreographer takes care of teenagers. Will the main characters succeed, or will they break down during the preparation phase?

After Satya served in prison on an unjust charge, he joined a gang of a crime boss named Bhiku Mhatre. A rapid fall on an inclined plane ‒ extortion, robberies, and attacks on people. And only a deep feeling for the neighbor’s girl Vidya makes him think about the path he has chosen.

This film is based on Shakespeare’s play Macbeth, the plot of which is transferred to modern Bombay. The film’s protagonist, Miyan Maqbool, is the right-hand man of Jahangir Khan, a powerful criminal authority. The Maqbool ambulance is expected to take over the reins of the underworld. However, how will it be?

A very funny comedy about a young guy who is trying to make his own business, free from corruption and coercion to buy, facing the client and working 24 hours a day. He decided to name his company “Rocket Sales Company”, and took the pseudonym “Rocket Singh” for himself.

In the real turmoil, members of a wealthy family flock to the wedding. But is it possible to have a real celebration in the rainy season? A few days before the event, unpleasant family secrets emerge, incomprehensible relationships, and new connections are established. This film is about how no language or family tradition matters when it comes to true love.

A young man named Abhi is a successful horror writer. However, he always dreamed of writing a novel about true love. One day he goes to visit his home. Going through his old things, he finds the cassette of music that envelops Abhi with nostalgia, and he recalls his first and true love.

The story of a young couple who studies at the same university. These two people truly love each other, but the leader of a youth criminal group has his eyes on the girl. To protect his love, the young man enters into an unequal battle with the bandit.

A young guy named Titli grew up in a poor area and dreams of leaving there. One day he meets a young American woman, and he has a plan to change his life once and for all. He wholeheartedly believes that his idea is being implemented. However, the plan turns out to be much more difficult than he imagined. And soon Titli is faced with a difficult choice.

The story of a 13-year-old boy named Rajesh, who was sent by his parents to a boys’ school. The film focuses on the challenges and joys of life away from home, as well as the issues of growing up and surviving alone. 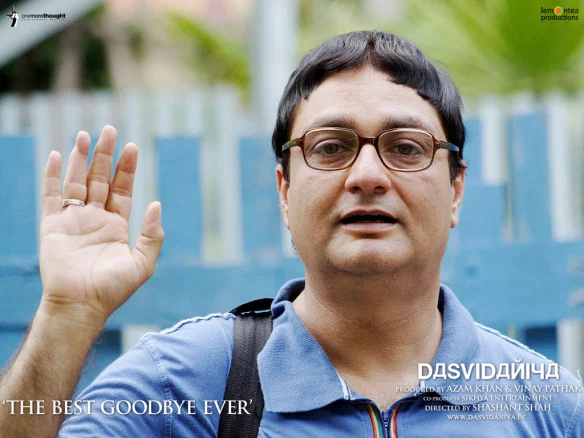 “Knockin’ On Heaven’s Door” in Indian. There are quite a lot of films with such a plot, but this motion picture is still worth watching at least to remind yourself that you need to live as your heart tells you. Be yourself and live the way you feel.

The story of three young women, flatmates. One is a young journalist tasked with covering celebrity news, the other is a flight attendant seeking a successful marriage, and the third is an aspiring actress. Will their plans succeed, or will life give them its surprises?

This film is somewhat reminiscent of a fairy tale. Brother and sister, Dave and Sam, are driving with their parents from the city along the dusty Indian roads. Dave finally persuaded their father to go to his homeland, to the village. There, she and her brother turned the village into a real oasis, allowing them to breathe freely.

Stanley is a fourth-grader. Like all children, he loves his friends and teachers. Except for one ‒ Mr. Verma. He is a grumbler and begs the children for food. This is very inconvenient for Stanley since he also comes to school without food. And one day it happens that Mr. Verma kicks the boy out of the class.

A young Indian Administrative Service official named Raghuveer is preparing for an important exam at the IAS. He lives with his girlfriend Sia, and they are generally happy. One day she tells him about her pregnancy and asks him to talk to her father. Raghuveer goes to visit Sia’s parents and asks for marriage. However, the father is very angry and is in no hurry to agree to the wedding.

Another film about British heritage and India. In the center of events is the uprising in Chittagong, the capture of armories by the rebels. A handful of teenagers, led by a school teacher, held the city in their hands for a whole day. Thus, the seed of rebellion was thrown on the earth, and it sprouted successfully after many years.

Such movies like Masaan, are rare. A young lad named Deepak, from the poor, is uncontrollably in love with a young woman from outside his caste. The student Devi, tormented by guilt after the death of her beloved, wanders in the darkness of her life. Davi’s father, Vidyadhar sacrifices moral principles under pressure from the corrupt police. The teenager Jonta is trying to find a family. All these people are united by a thirst for a better future, and soon their lives will intersect.

The life story of a young couple, Raj and Abha. They have everything they need ‒ great careers, good income, comfortable housing in a quiet area. One day, Raj wakes up in the middle of the night from the noise ‒ the watchman scares off thieves with his whistle. This noise does not bother anyone among the neighbors, but Raj cannot ignore it. He loses sleep, starts to work worse, becomes disorganized and very irritable.

A film about the relationship of four completely different people, divided by religious, linguistic, and class differences. This motion picture got its name from the area of the same name in Bombay, which houses a huge number of small laundries.

Can you imagine a nation without women? The filmmakers of Matrubhoomi think you can. Just look at the current male to female ratio in India. There could be dire consequences if the trend continues. Will those people who retain at least a drop of humanity in themselves be able to survive in such a society?

Two friends dream of writing a script for a film. Their adventurous journey will eventually force them to choose between friendship, love, and the opportunity to become famous. A film about young migrant writers, about their hopes and emotional anxieties.

The life story of the lawyer Shahid Azmi. This was an unusual person. Before becoming a lawyer, he was trained in a Pakistani terrorist camp, where he was to become a great martyr, a shaheed. However, he did not want to die. He returned to Bombay, served 7 years in prison, and then became a human rights defender for those unjustly accused of terrorist activities.

The film is set in 1948, during the war between India and Pakistan. In a small village located near two countries’ borders, fate brings together two soldiers representing the opposing sides. They were the only survivors in a difficult battle, and now they are forced to learn how to peacefully coexist.

Leila suffers from cerebral palsy. She cannot move, has resigned herself to this, and tries to get the most out of life. She is supported by a loving family; her parents are ready to do anything to make her feel happy. One day Leila receives a letter from New York ‒ one of the universities invites her to study. She agrees, realizing that an independent life away from home will bring her many difficulties.

Perhaps some of these films received a small advertising budget or were ahead of their time, or it just happened that way. However, be that as it may, perhaps every lover of watching films in Hindi should personally familiarize themselves with at least half of the films from this list. In the name of justice.