TWIFT | Lifestyle | Want To Feel Better About Yourself?

Want To Feel Better About Yourself?

Want to feel better about yourself? Check out the 18 photos that prove there are dumber people than you.

It’s true. We all have our moments when we go ‘Woah, I’m really stupid!’. But there are some moments of stupidity that get captured by a brave cameraman and that way they live on forever in the Internet space. And while I agree that a definite sign of bad luck is someone taking a photo of your worst moment, it’s also so funny and it might make someone laugh when they’ve had a bad day. So, go ahead and check out these 18 dumb photos. Fingers crossed they make your day maybe a little more bearable. After all, none of us knows what we’re doing, and we’re just trying to survive, so why not at least make a laugh out of it. 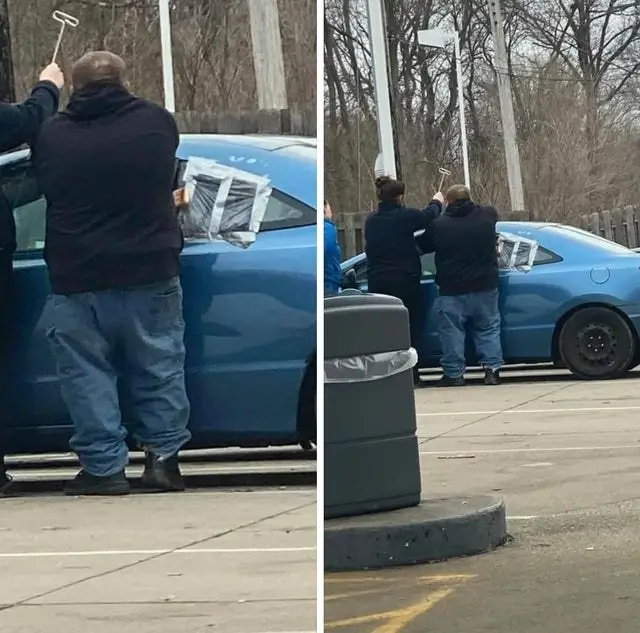 Let’s get this out of the way ‒ regardless of the dumb photo, this applies to, if you were high af and had a stupid moment, who can judge? You can’t expect someone to function properly and think when all they want to do is sit on the couch at home and eat Doritos and candy. (FYI, it’s safe to say the same rule goes for anyone drunk or too hungover to function properly.)

These two look like they’re having the hardest time trying to open the car, probably to get to the keys locked inside. Should we be worried that neither of them is realizing that the back window is duct-taped, and they can just pull the tape? That sounds like an easier way to get to the keys, right? What’s also worrying is that if you look closely there’s a third person there ‒ and this individual also seems to be shockingly clueless about the ‘obvious’ solution. Let’s at least hope they figured it out at some point. 🚗🔐 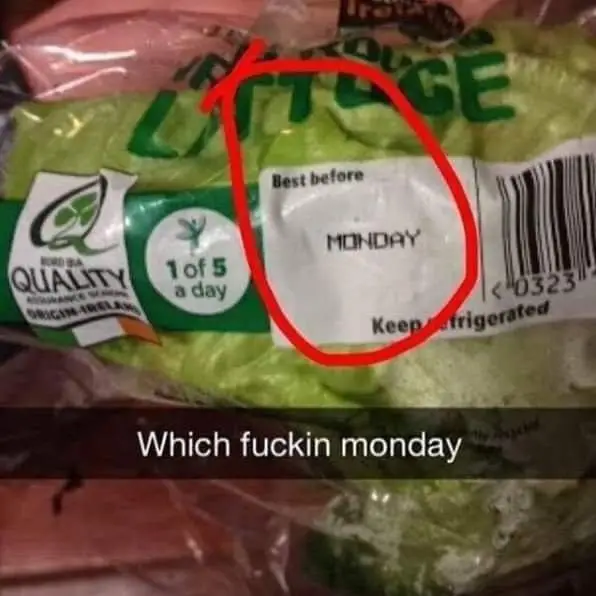 Is there even one person out there who likes Mondays? Whoever made this mistake was probably sick of the way his Monday was going (like Garfield), so he just said ‘fuck it, idgaf anymore.’ If he noticed the mistake he didn’t care enough to fix it, and if he didn’t notice… well, maybe he thought lettuce didn’t expire and so it didn’t need a ‘best before’ date, it just needed a random day of the week. Sufficient enough, right? 🥬 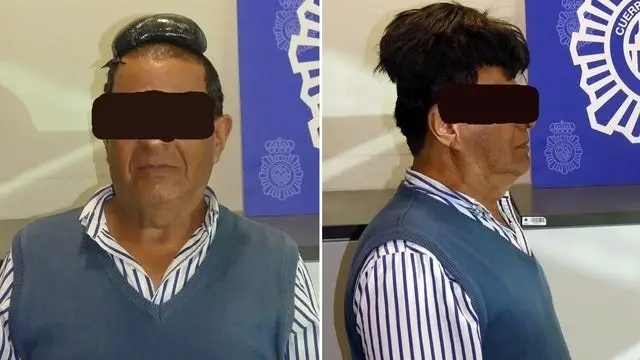 This guy is the reason Michael Jackson sang ‘Smooth Criminal’. He’s so sneaky you almost can’t help but feel bad that he got caught. He already had the receding hairline, he needed the money, one day he saw this wig at his barber’s and thought of an idea. The rest is history. You could tell he put a lot of thought and effort into figuring out a way to smuggle cocaine. Although his toupee looks more like a bird’s nest rather than an actual hairdo, I still give this guy an A+. He made me laugh and made my day. Too bad he probably can’t fly anymore. I can only assume he was added to the airport’s blacklist (otherwise we would have expected more ways of creatively smuggling drugs). 💇🏾‍♂️ 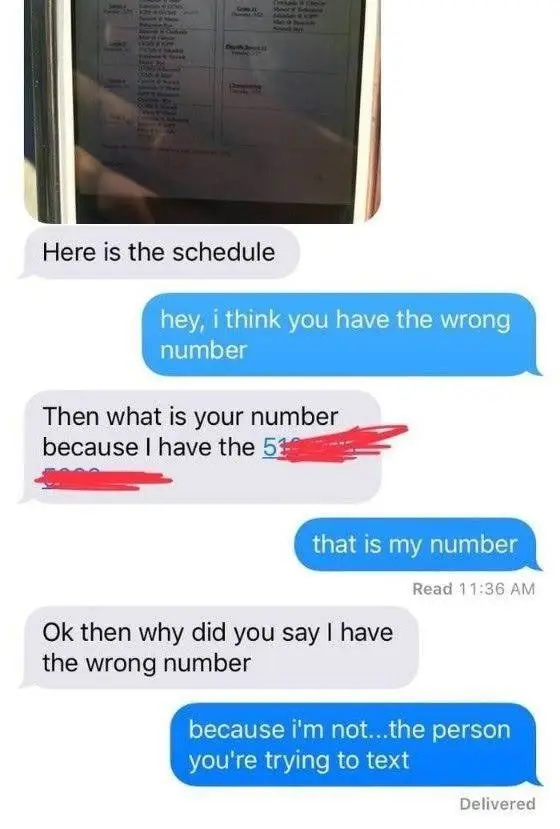 The level of stupidity is strong with this one. Figuring out how phone numbers work is not rocket science. However, this person seems to be having trouble attaching the idea of mobile numbers to the idea of people owning them. He gets even more confused when he realizes the science in his head isn’t accurate. In my opinion, he just doesn’t comprehend that someone can miswrite a digit or give out a fake number. ☎️📞📱

5.All kinds of crazy flavorsrong 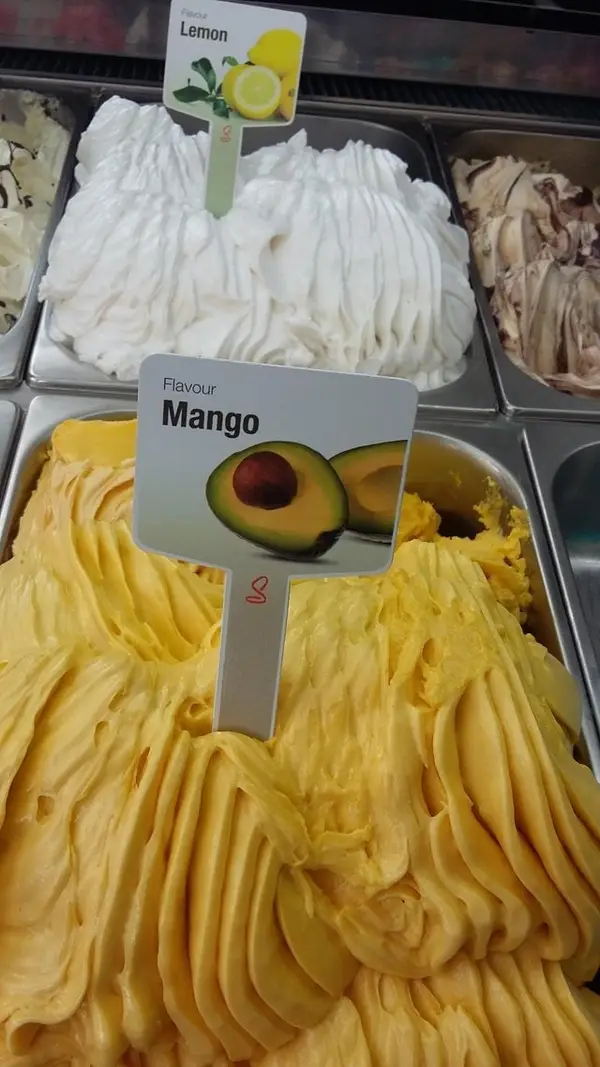 Love mangos? Love ice-cream? Love the idea of mango ice-cream? Well, you’re at the wrong place, because the people from this ice-cream stand seem to think that the mango looks an awful lot like the avocado. To be completely honest, we love them both. So, bring the flavors along anyway, and let’s enjoy this manvocado ice-cream like Joey Tribbiani would a beef trifle. 🥑🥭🍨🍧🍦

6.The one where the groom pooped his pants 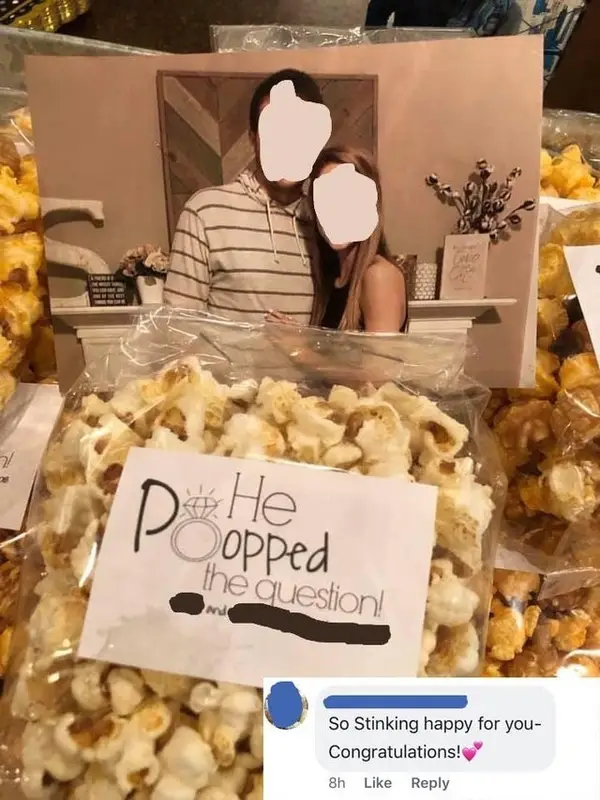 This bride was quick to send out the invitations without even checking what the finished product looks like at first glance. Although it’s possible the groom shat himself from anxiety right before asking the important question and naturally the bride-to-be decided to share that funny story with everyone. Why save the groom’s feelings after all? We are happy for them though, right? 💍 👰🤵❤️️💑 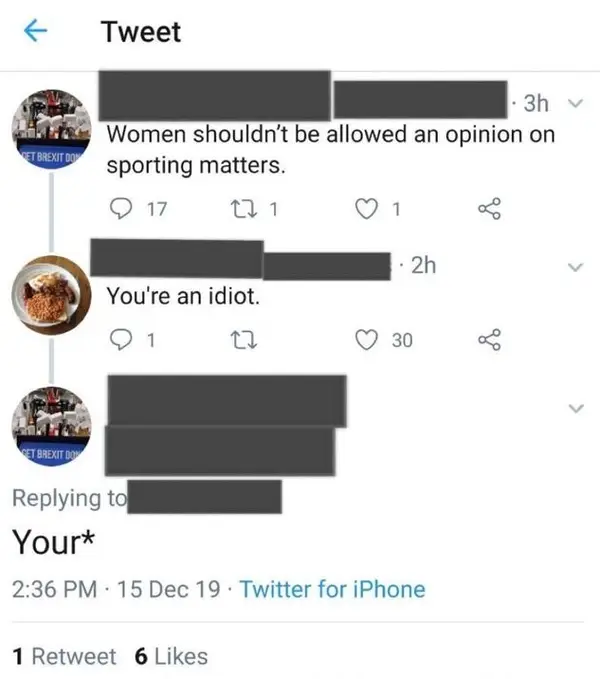 Despite obviously popular belief, flexing with your grammar skills doesn’t exclusively require flexing. Yes, it also requires knowing your grammatical rules. Shocker, I know. However, one thing we can’t deny is that it’s always funny when someone makes an idiot out of themselves. The funniest moments happen when the idiot is fully responsible for his stupidity. I honestly have no idea why some people insist on disguising as a grammar Nazi when they can just check the simple rules and make sure they don’t make the same mistake twice. 🤓📚 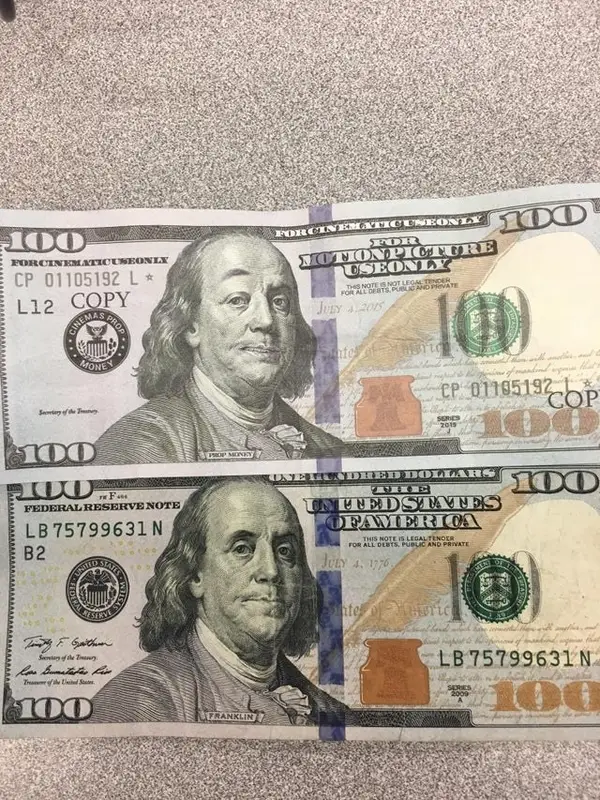 This cashier accepted this fake $100 bill. The one on the top is the fake one and for comparison on the button is the real one, just FYI in case you were wondering. Benjamin Franklin does look very anxious with his eyebrow raised though, right? 💰💸💲💵 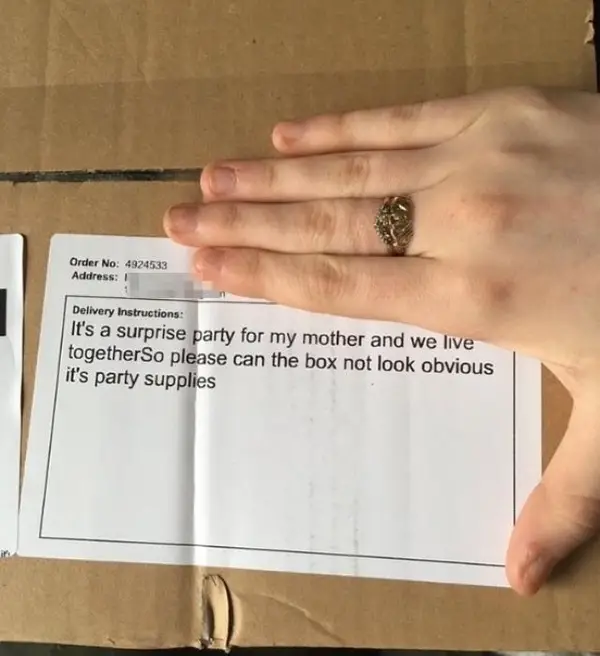 This typical 21st-century girl decided to try and learn something by watching the TV series about Chernobyl. She thought the name Conrad was really popular back then for everyone to be called that way. Thank fuck ‘Dad’ came to the rescue explaining that they’re not called Conrad, but they refer to each other as a comrade (aka. friend). The real question is whether this girl was the only one confused or was she the only one who dared to ask. It’s good that at least there’s still someone adult-er than us to ask these things, right? 🤝 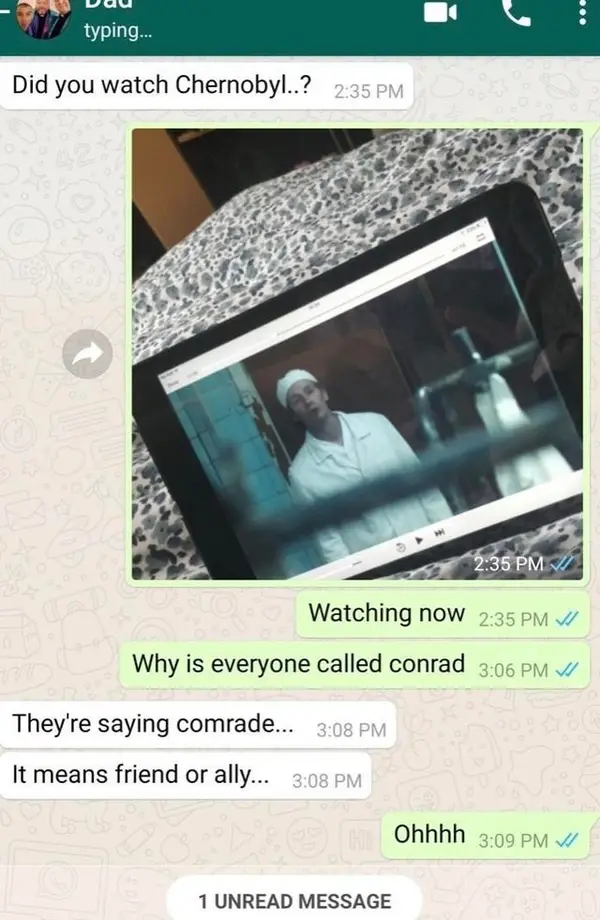 You had one job! These guys ordered party stuff and attached a note. I guess we can all learn a lesson ‒ sometimes it’s better to leave the ‘Delivery Instructions’ field blank than to fill it out. Well at least the box doesn’t look obvious… the same doesn’t go for the label though. The surprise is ruined but at least they’ll have decorations at the party. *screams surprise* 🥳🎁🎈💃🕺🎂🎉 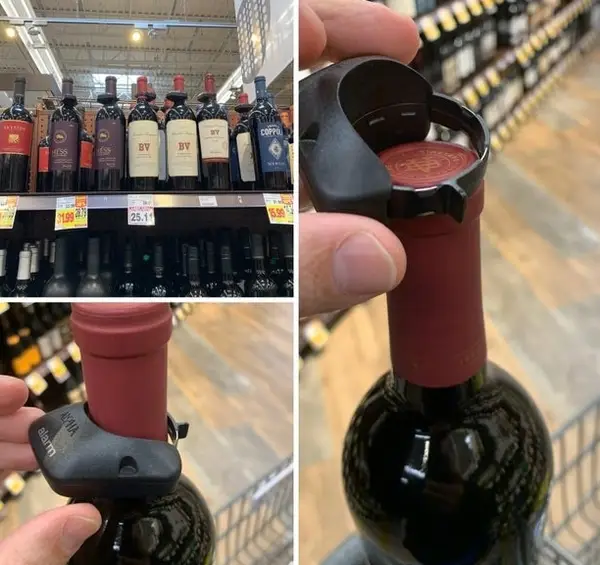 Some of us shoplift sometimes. Others don’t. But when there are such ‘clever’ any-theft devices, it’s probably hard to resist. This store relies on this mechanism to protect not one, but all the wine bottles (and we all know how important wine is to millennials). Although this may seem like an actual gadget that’s supposed to stop thieves, in reality, one can just lift this intricate mechanism and let the bottle loose. Good job, anti-theft-device-creator guys! 🍷 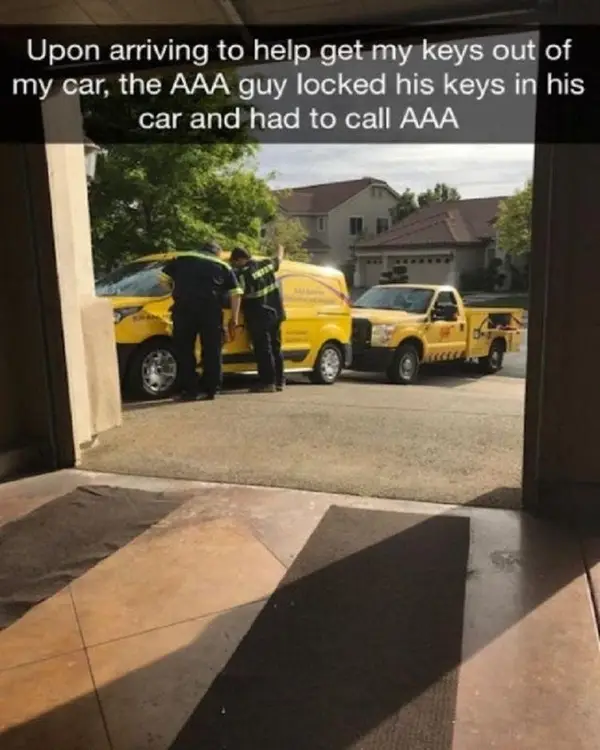 This person requested the service of a mobile locksmith for cars. But what do you do when the one who’s supposed to help you needs help? You take a photo. When the AAA locksmith arrived, he locked his keys and had to call a colleague. But when you work for the company you don’t pay a fee when you call for help, right? 🔑🔒 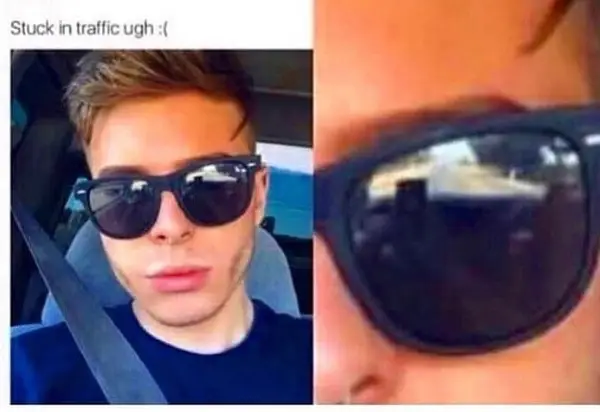 Some people really can’t help it. The world is their stage, and they’re just the main acting character. Like this guy. Traffic time’s being a bitch to him. Except there are zero cars on the road reflecting in his cool big-boy sunglasses. Good luck, champ! 🤳📲📸

14.Math at its finest 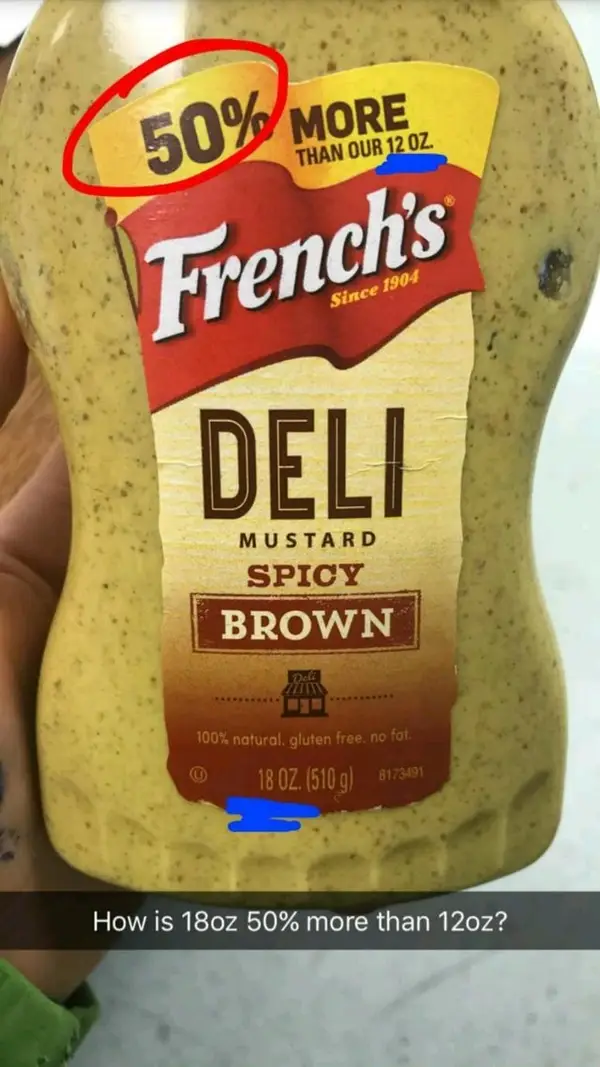 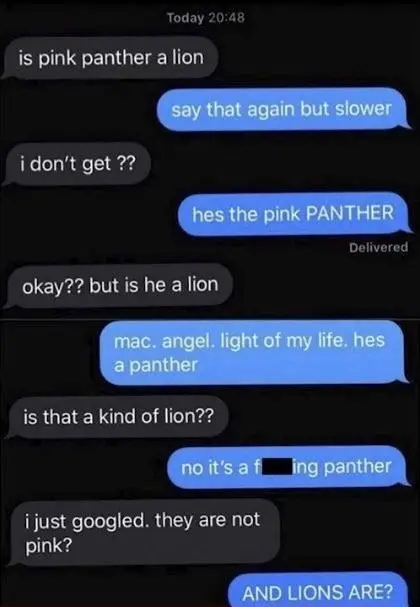 Wow, how hammered/ high af was this person when the chat happened? You almost can’t help but feel bad for him. The idea of actual big pink cats sounds pretty fun. Who can blame him for wanting to live in a world where this is reality? I guess cartoons do leave a mark on all of us. Not always in a good way though. 🐱 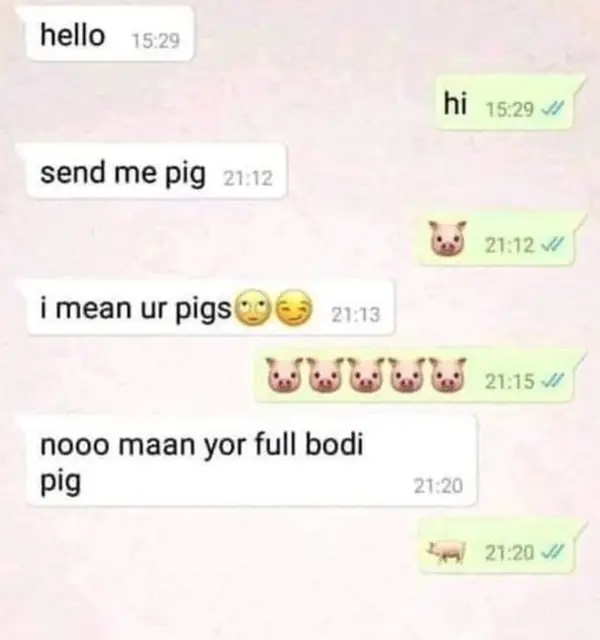 Sometimes you can just be grateful that someone decided to take a screenshot. This conversation can make almost anyone laugh and that’s why it’s fucking great! I mean, first, you’ve got to learn how to spell ‘pics’ before asking for them from a girl you find cute. The pig emoji in the end is everything, though. “Hey! Saw your Insta! Cute pigs!” 🐖🐷 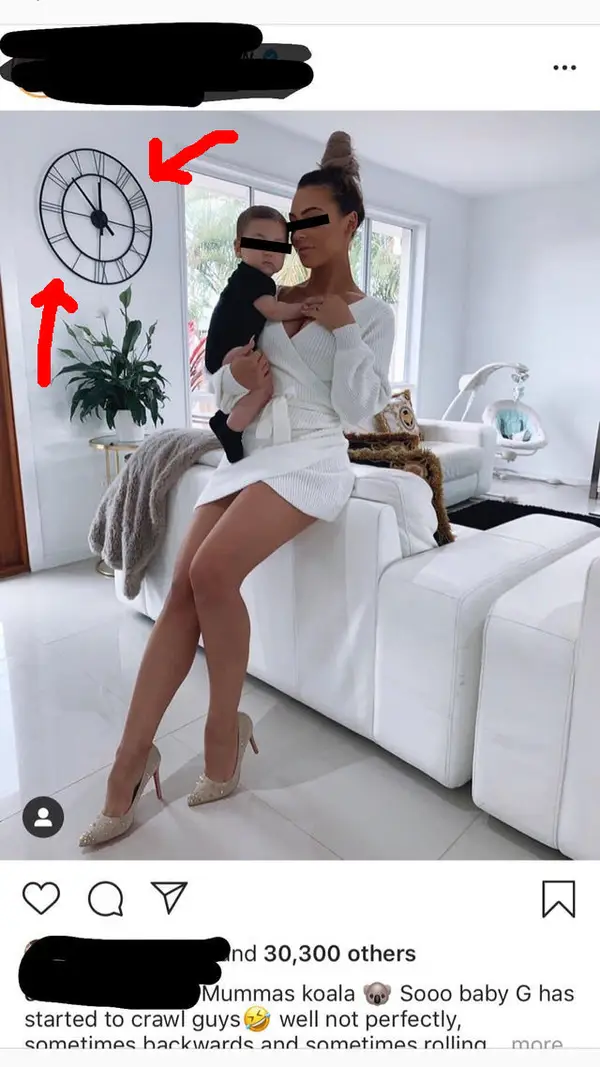 This influencer took a super fancy photo. Sometimes it does look like their life is perfect. However, when you’re an influencer you have to watch out for the details. Details like the clock in this pic and the fact that it’s facing upside down. How can she tell the time though? She must be super focused and smart all the time- she probably just wanted a little challenge. 🕒👀🤱 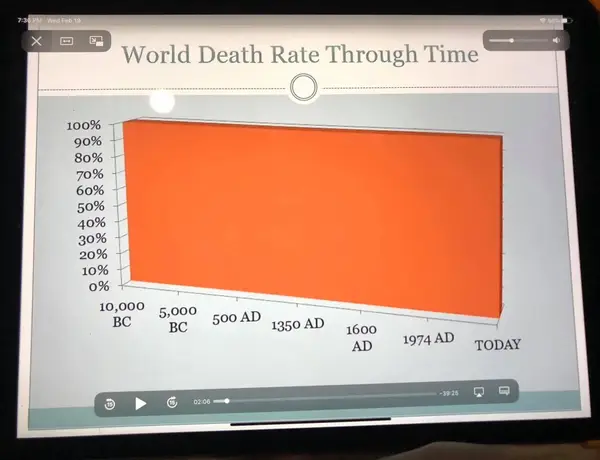 More like funny starts. Stats we already know. Who takes comfort in the fact that we’ll all die one day? The person who made this chart. If anything, the calculations are rights ‒ out of 100% of people who have lived, 100% have died. Whew. Good to know! 📈📉💯

Now let’s try and not be so hard on these people. The captured dummies were the reason for a laugh and wlaugh, andapplaud them for that.