TWIFT | Lifestyle | Who were the winners of this year’s BRIT Awards?

Who were the winners of this year’s BRIT Awards?

The BRIT Awards happened on May 11, 2021, and apart from winning the fans’ affection even more, the artists also won some awards that night as well. Want to know who snatched the first place in the various categories? Keep reading to find out. 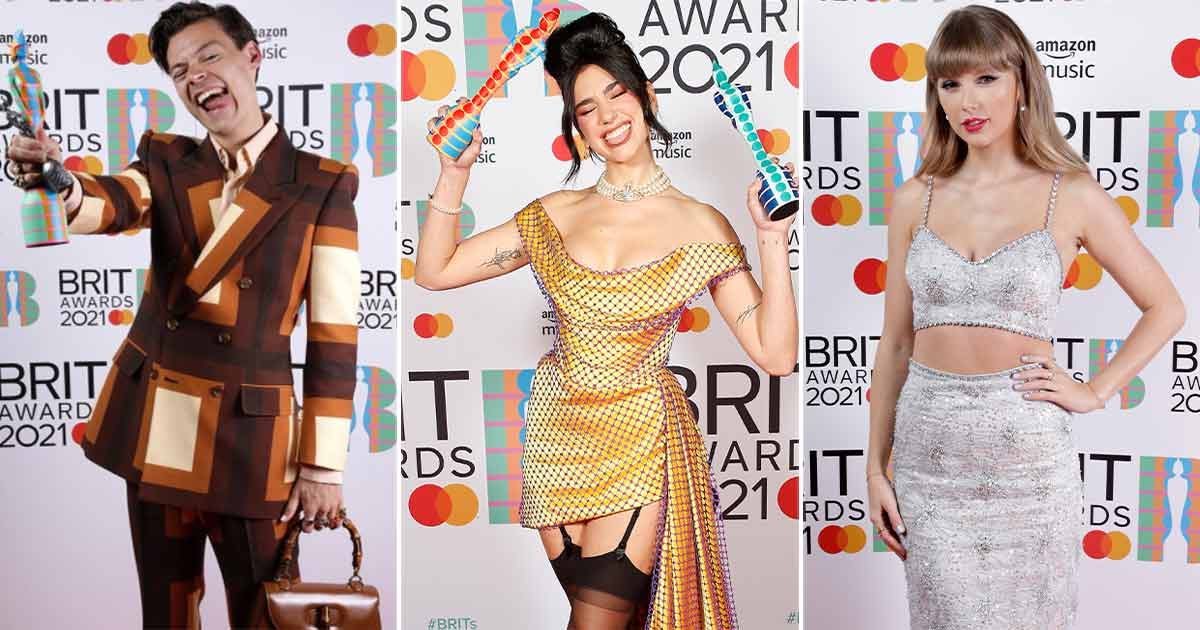 This year’s BRIT Awards happened at London’s O2 Arena and more than 4,000 people got together to review the last year in the music industry. Comedian Jack Whitehall hosted the evening and the awards began with Coldplay’s performance of the band’s latest single “Higher Power”. Coldplay gave this performance from a pontoon on the River Thames and it’s safe to say fans found it quite cool. Nevertheless, some of the artists, like Dua Lipa, Arlo Parks, and Headie One, opted for an indoor performance within the O2 Arena.

This year’s BRITs were more than just a regular award show as they became sort of a government Coronavirus pilot event. What that entails is that the live audience was kept to a minimum (mostly it consisted of NHS and essential workers) and it was there for the live performances and winners’ speeches, however people didn’t have to wear masks or keep 2 meters between each individual.

The first winner to be announced was Arlo Parks, who won the Breakthrough Artist statue. Upon accepting her award she said: “This is a dream come true, I didn’t expect any of this. So, anyone who’s out there – dreams come true. I’m living proof of that. Thank you.”

Even though they were up against bands like The 1975 and Biffy Clyro, Little Mix won the Best British Group prize, while also becoming the first female band to win this particular category. Little Mix naturally thanked “all the incredible female bands” when accepting their award.

J Hus snatched his very first BRIT Award that evening too and who else to present him with the prize for Male Solo Artist than Kurupt FM.

Annie Mac (from BBC Radio 1) had the honors to announce this year’s International Female Solo Artist and of course, that was none other than our beloved Billie Eilish. Since Billie wasn’t in O2, however, she accepted her award via video. Dua Lipa then took the award for Best Female Solo Artist, as well as that for Mastercard Album Of The Year with her album

The Weeknd also deserves a mention since beloved former First Lady Michelle Obama presented him with his International Male Solo Artist award. Haim won a prize for the category Best International Group and upon acceptance bassist, Este Haim mentioned: “The UK was the first place to ever embrace us in the entire world, and for that, we will be forever grateful.”

Another interesting thing that happened at the awards was that Taylor Swift became the first female artist to be named BRIT’s Global Icon. This is huge for her, especially considering that legends such as David Bowie, Elton John, and Robbie Williams have also won this title.

When Taylor accepted the award she thanked the NHS and stated: “I am so indebted to and grateful to my British fans. I love you so much for everything you’ve done for me.”

Here is the full list of the nominees in the various categories, as well as the winners:

Taylor Swift was the winner of this category.

The nominees in the category Breakthrough Artist were:

The winner was Arlo Parks. In the category Male Solo Artist the nominated performers were:

The award was given to J Hus.

In the category Female Solo Artist the battle was between:

The title Female Solo Artist was awarded to Dua Lipa. 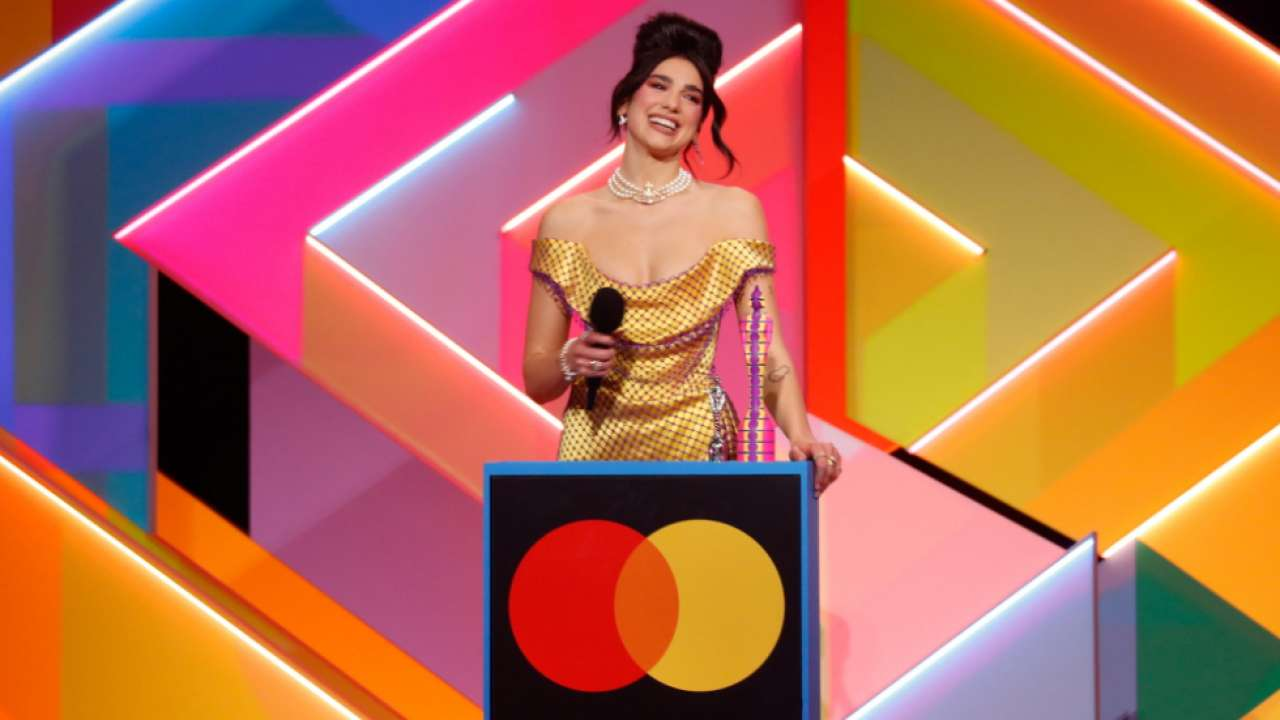 The competitors in the category British Single were the following:

Harry Styles went home with the award for this category thanks to “Watermelon Sugar”.

Here are the nominees for the British Group:

This category’s award was snatched by Little Mix, as mentioned above.

The category International Group was tough because the nominees were:

BTS, Fontaines D.C., Foo Fighters, Haim and Run The Jewels. The BRIT, however, was taken home by Haim.

The battle for International Female Solo Artist was probably the hardest because all of the nominees have done more than amazing recently. Here are they:

The competition for International Male Solo Artist was between:

It’s probably not a surprise that The Weeknd killed this category and won the award.

The choice of nominees for Mastercard Album Of The Year was great. Here are the albums:

The winner was once again Dua Lipa with her album “Future Nostalgia”. 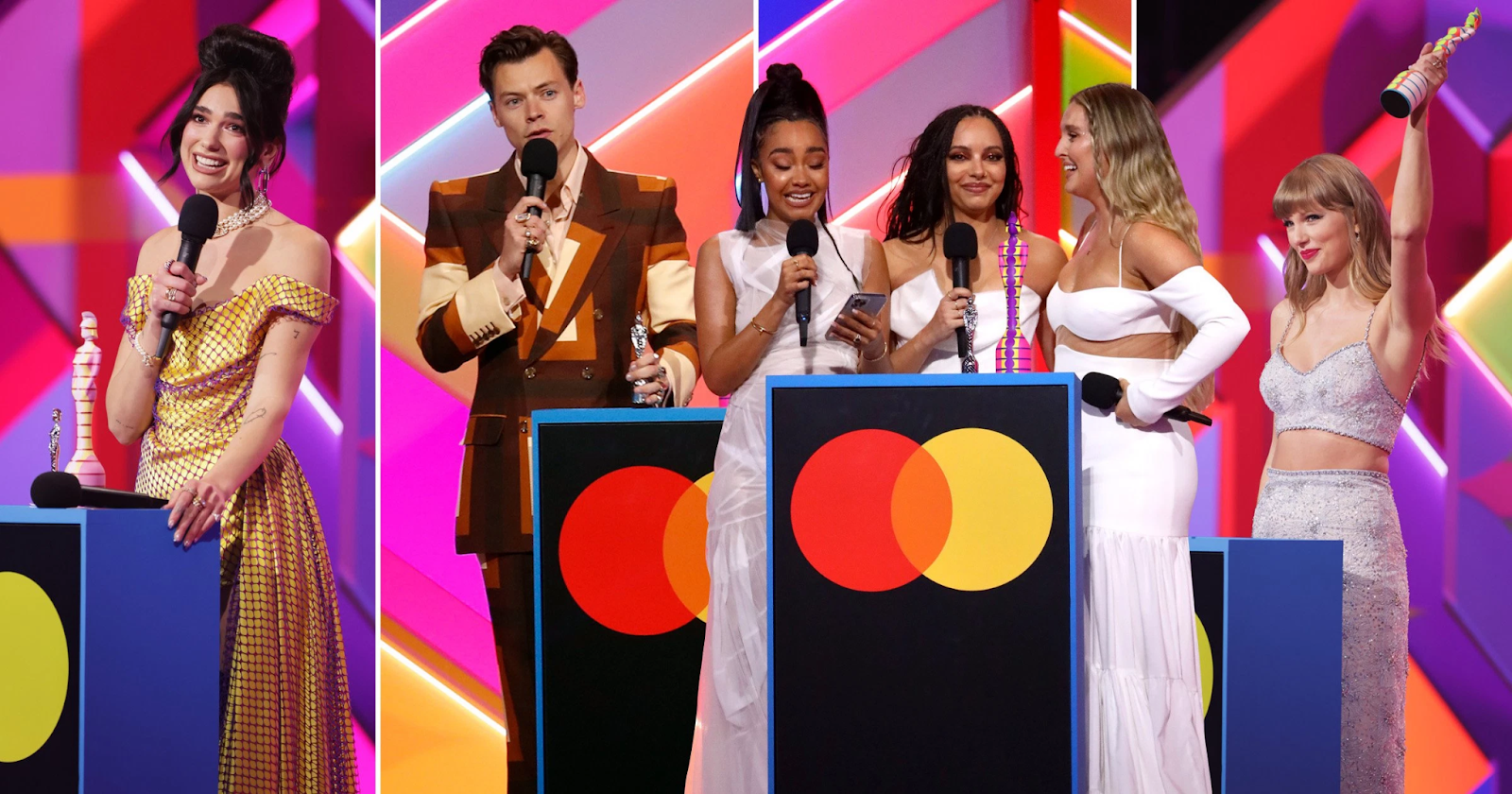