Legally born Claire Boucher changed her name! The 32-year old artist now has a new name, just five months after giving birth (and a pretty shocking name to her baby too) back in May. Her name, however, is even shorter than her son’s. 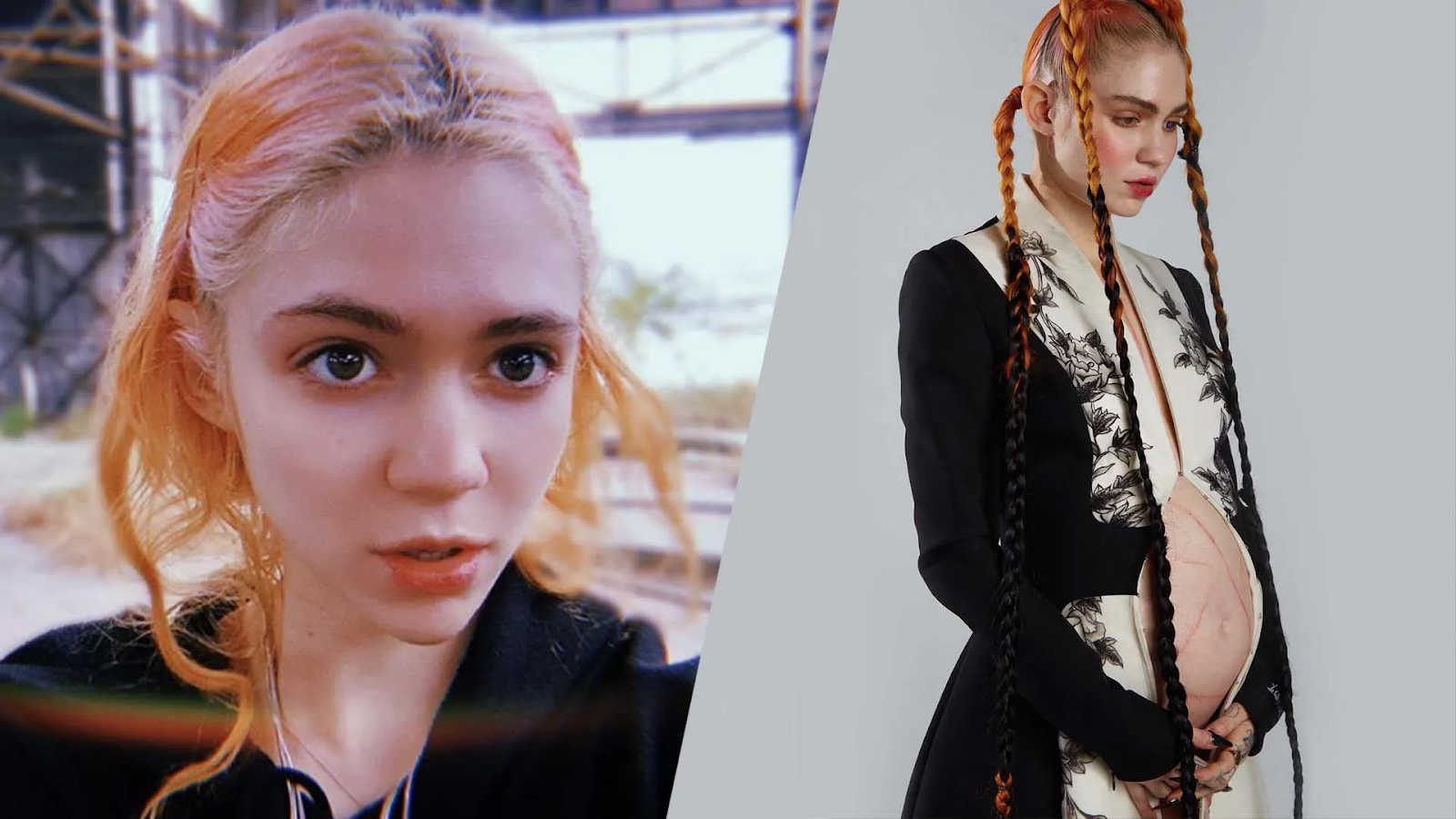 Grimes picked a name that only has one letter! You read that right! Grimes is no longer Claire nor Grimes. She shared in a recent Zoom interview with the New York Times that her new name is a reference to the speed of light. The singer probably wanted to match her newborn’s name, which is a reference to an aircraft (X Æ A-Xii). His nickname is, of course, simply ‘X’. (Grimes and Elon’s son’s name was originally supposed to be X Æ A-12 ‒ pronounced ‘X Ash A Twelve’ ‒ but it had to be changed to comply with state laws. Grimes even said she thinks the roman numerals look better.)

The Canadian-born musician, with the official government name Claire Boucher, is now called ‘‘c’’. In the New York Times interview, she also mentioned the interests of her 5-month-old son: “I’ve watched ‘Apocalypse Now’ and stuff with my baby. He’s into radical art. Like, he just actually is, and I don’t think it’s problematic to engage with them on that level.” This baby definitely won’t be chained by social norms, that’s for sure. Additionally, C is not only broadening the baby’s views at a young age, she’s also already coming up with content for her son. She discussed the newest project she’s working on, which aimed at providing X with non-traditional entertainment for infants, while purposefully avoiding the conventional. The visual artist/producer partnered with the app Endel (founded in 2018) for the project and created a ‘‘soothing, ambient soundtrack’’, to establish ‘’a better baby sleeping situation’’. The title of the project is ‘AI Lullaby’ and can be found on the Endel app (little X even helped his mom in the process of creating). The app specializes in generating a personalized sound in real-time according to the heart rate, movements, weather, etc.

“When you have a baby, you’re always using white noise machines. It’s much easier to get them to sleep if you train them on some kind of audio situation,” explained the songwriter formerly known as Grimes. “And so I was just like, could this be more artistic? In general, stuff for babies is really just creatively bad. I don’t want your first introduction to the world to just be all this aimless crap.”

“I’m not insulting babies,” she continued. “I’m just, it’s all very one vibe. I just feel like getting out of the like, ‘Here’s a zebra and a bear in, like, pastel color tones’ energy. That’s just one very small sort of creative lens that things can be looked at through.” C also added that babies “do have a ta”t“.” “They definitely like some things. They don’t like other things. They fully have opinions.”

C and her boyfriend (and father of her son X Æ A-Xii) Elon Musk both undeniably think about what the world would be like without humans. C said, “As soon as A.I. starts engaging, it puts responsibility on all of us to be better humans, because you know, humanity, in 10,000 years, humanity might be long gone. And this might be the only consciousness in the universe. So it probably matters quite a bit what we feed it.” It’s okay to feel like C knows something the rest of us are definitely missing. “I think I’m going down a dark path here and I think A.I. is great. I just feel like, creatively, I think A.I. can replace humans. And so I think at some point, we will want to, as a species, have a discussion about how involved A.I. will be in art. Do we want to just sit around and just watch A.I. created art all day?’’

C also shared her predictions: “My brother said something the other day that was kind of freaky, and profound and beautiful, where he was, like, ‘You know, like, what if everyone writing books is just writing content for A.I. to farm? And in the future, instead of reading like, ‘Harry Potter’ or something, like you would just type in your five favorite books, and A.I. would auto-generate everybody, like, their own perfect books to read, and authors will become completely irrelevant and just be, they’ll just be generating stuff to train A.I. And A.I. will be like, the real artists. And I was like, “Wow, that’s kind of like, dark.”

She also mentioned that in her vision in 100 years “…if you feed an A.I. all the greatest artists ever, it will probably be able to auto-generate really creative, really evocative art…like, David Bowie times a million. An artist who’s just super charismatic and amazing and fun, and just makes the best music and can make 1,000 songs a day, and just do 1,000 interviews a day, simultaneously. There’s no reason that can’t exist.”

C has also been involved in creating fine art and she’s even about to display her first fine art show ever. Typical for the singer, the show is anything but regular and it’s called ‘Selling Out’. It is set to occur in the months from May to August in LA and it will include her photos, drawings, and prints from the last 10 years. The show’s most interesting element is a legal document allowing the buyer to purchase a percentage of C’s soul. C said: “I didn’t want anyone to buy it, so I said we should just make it $10 million and then probably it won’t sell.” In the end, it was decided that the public would make the ‘best offer’ and determine the price. The prints are going for $500, drawings varying from $2,000 to $3,000, and digital work prints for her avatar are priced at $5,000-$15,000.

Elon Musk is also grinding hard. He’s now the world’s second-richest person according to Bloomberg Billionaire Index (replacing Microsoft billionaire Bill Gates). Space X’s 49-year-old CEO watched his net worth increase from $7.2 billion to $128 billion in the last week of November. This happened because Tesla shares rose only days after the announcement that the company will be admitted to the S&P 500 index in December.

The one person ahead of Musk right now in the ‘billionaire’s race’ is Amazon’s CEO Jeff Bezos (who replaced Bill Gates in 2017 and hasn’t given up his spot since).

Many may judge C and Elon about their worldviews and the way they raise their children, but perhaps they are indeed trying to provide a more ‘out-of-the-box’ kind of thinking for the younger generation. And they’re both successful in their line of work, so who are we to criticize?