TWIFT | Football | Cristiano Ronaldo wins the Globe Football Award for a player of the century!

Cristiano Ronaldo wins the Globe Football Award for a player of the century! 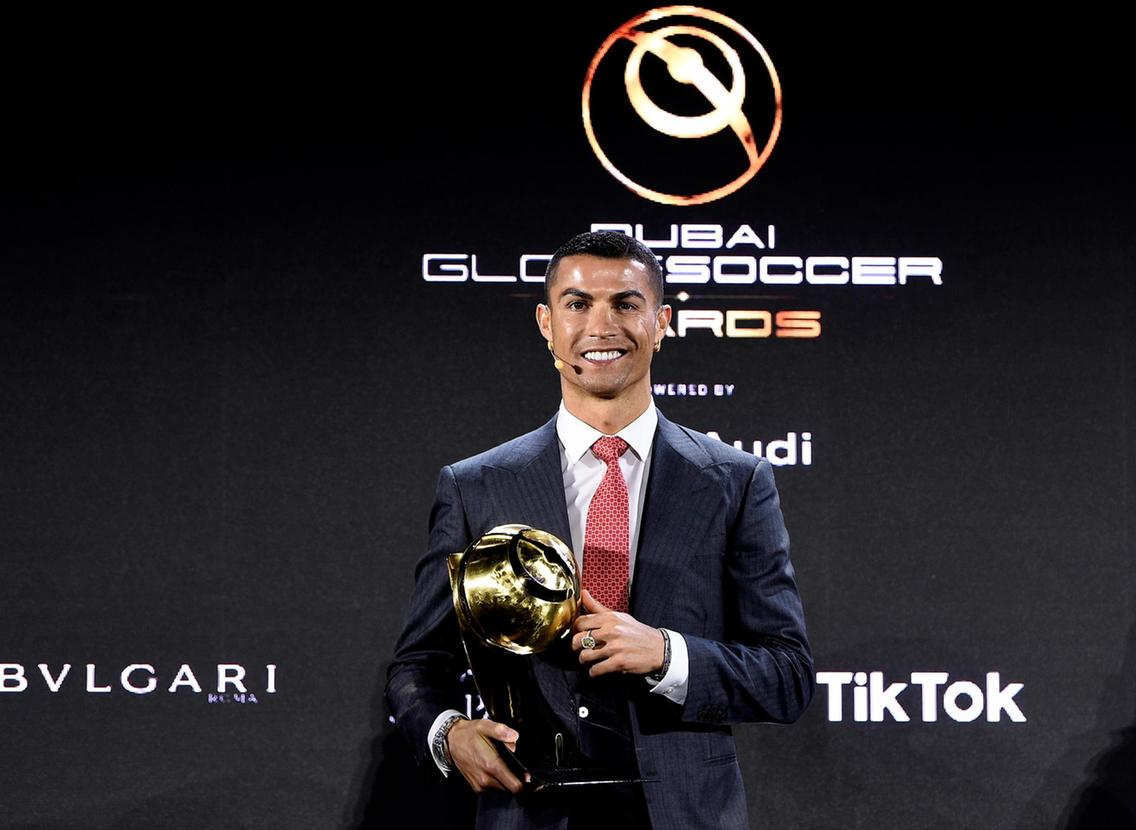 Cristiano Ronaldo is one of the award winners of this year’s Globe Football Awards. The event was held at the Burj Khalifa in Dubai, which is the tallest building in the world. Prizes were also given for team of the century, coach of the century, and many more. It was not just a look back at the past two decades, but also last year’s results. And to no surprise, Bayern Munich was one of the main winners.

Player of the year

The award went to Robert Lewandowski. The Polish striker had an amazing season with Bayern Munich and played the main role in the treble they won. He had also been named FIFA player of the year, so this award was no surprise. He scored a total of 55 goals in all competitions in 2019/2020 and 15 of those were in the Champions League where Bayern took their sixth trophy.

Club of the Year

Bayern Munich of course took this reward. After achieving the treble, they blew past the competition for the best team of this year. They managed to win the Champions League, the Bundesliga with 13 points ahead of the second team and the German Cup, by defeating Bayer Leverkusen 4-2 in the final.

Coach of the year

Hansi Flick won the competition for coach of the year, making it three in a row for Bayern. After steering his team to a treble, it was expected of him to win the FIFA award too, but that prize went to Liverpool’s Jurgen Klopp. This created a little controversy back then and even Klopp agreed that Flick deserves it more. This time there were no surprises and Hansi was finally acknowledged for his skills as a coach.

Club of the century

Real Madrid, Ronaldo’s old club, took that prize. After winning the most titles (5) in the Champions League since 2001, they were named team of the century. They also won seven LaLiga titles and had few of the greatest players of this century. Barcelona and Bayern Munich completed the top three in this category.

Coach of the century

Pep Guardiola (Coach of Manchester City) became the coach of the century. After winning three LaLiga titles and two Champions League trophies with Barcelona, he then won three Bundesliga titles with Bayern Munich, and another two at Premier League with Manchester City, steering the team to a domestic treble as well. Despite the competition of the likes of Sir Alex Fergusson and Jose Mourinho, Guardiola deserved that prize the most.

Player of the century

Cristiano Ronaldo became the player of the century. He managed to beat rival Leonel Messi and Brazilian genius Ronaldinho for the award. The 35-year-old Juventus superstar won the prize after doing incredible things this millennium. The 5-time Ballon d’Or winner also won five Champions League titles and scored a total of 654 goals in 864 games. He played for Sporting Lisbon, Manchester United, Real Madrid, and now Juventus and became one of the biggest stars in all sports. He inspires through his work ethic and love for the sport, and in his speech, after receiving the award he said that even at 35 he still has the competitive spirit and wants to continue playing.

Agent of the century

Best agent of this century was crowned Jorge Mendes. One of the most famous and powerful agents with star clients like Cristiano Ronaldo, David De Gea and Diego Costa. During this century he became one of the highest paid agents and amassed a huge client pool.

Former club rivals and Spain teammates Gerard Pique and Iker Casillas were honoured with this award for their enormous success over the years. As teammates for Spain they won the European Championship title two times in 2008 and 2012, and the 2010 World Cup. They also won a lot of titles playing for two of the best teams of this century ‒ Barcelona and Real Madrid.