TWIFT | Other | Floyd Mayweather: the fighter who stays relevant and rich even after stepping out of the game

Floyd Mayweather: the fighter who stays relevant and rich even after stepping out of the game

Are you curious to find out how Floyd Mayweather managed to do better than Mike Tyson, Conor McGregor, and many other super talented fighters in combat sports? Keep reading to learn more.

Floyd Mayweather is respected by many of us mainly due to his mad skills in the ring but the guy’s also a great money-maker and we need to pay some attention to that too. Apart from retiring with an impeccable record, he also did so with many millions cashed in. He’s known for flaunting a lot of his wealth, buying expensive cars, clothes, toys, Birkins, and living a very lavish lifestyle, as well as providing for his entire family. (When his grandson KJ was only five weeks old his grandpa got him a Rolex!)

Floyd Mayweather is forever going to be remembered as one of the best when it comes to generating box office sales. Floyd is a proud five-weight world champion and he decided to step out of professional boxing with his impeccable 50-0 record. The boxer managed to rake up about 24 million pay-per-view buys and somehow totaled $1.67 billion during his professional days (1996 to 2015). And in case you’re wondering ‒ yes, that’s a lot more than Mike Tyson, Oscar De La Hoya and other impressive pay-per-view draws. I guess people just love watching Floyd box and they’re ready to pay for it. 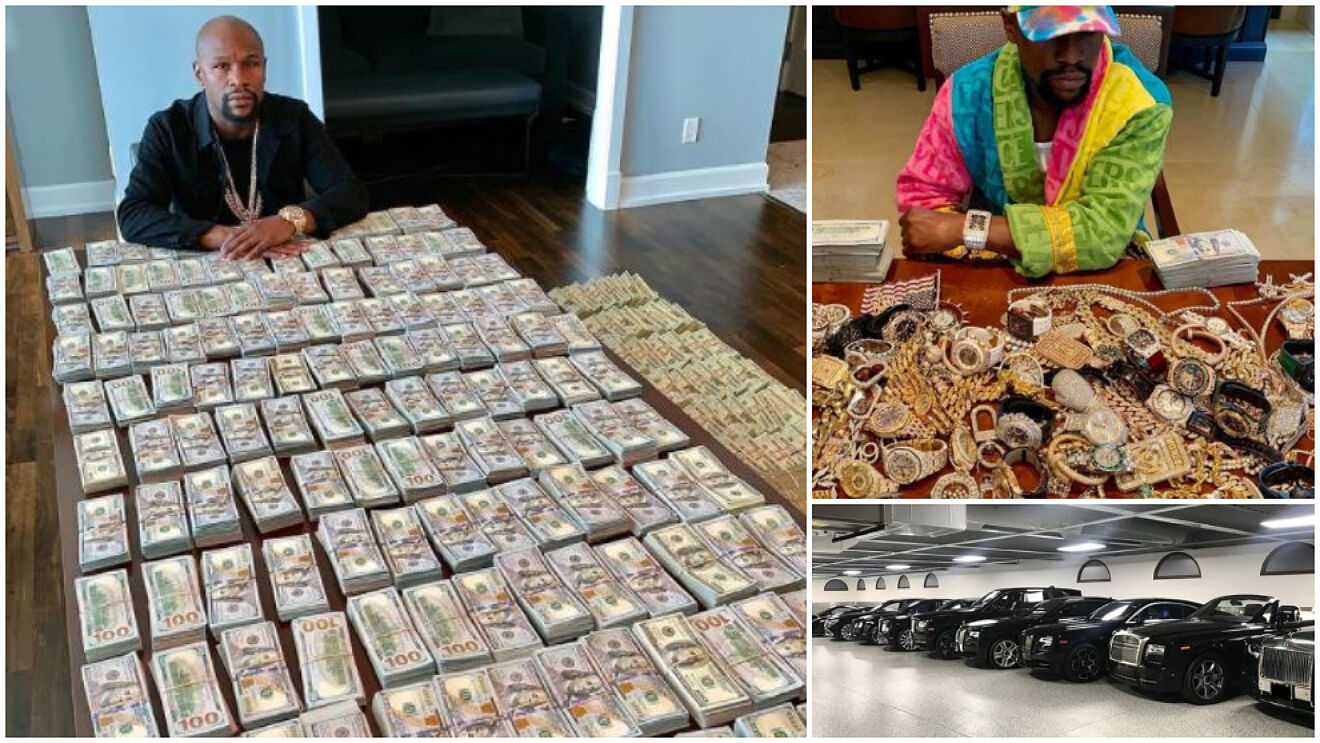 Back at the beginning of May, Floyd shared with the MILLION DOLLAZ WORTH OF GAME on YouTube: ‘‘I would [rather] have the currency than the legacy because my legacy is already engraved in stone. They say ‘Mayweather’s doing exhibitions, it’s bad for boxing.’ but at the end of the day I look at my children, I look at my grandson, I look at my mother, I look at my father. My mother’s a millionaire, my dad’s a millionaire, my children are millionaires. My little [five-month-old] grandson is a multi-millionaire and he doesn’t even know it.’’ He also added: ‘‘I’ve made a billion. I’ve reached that four years ago. I think now I’m over $1.2billion…’’ and later: ‘‘Tell me another fighter that beat 16 world champions straight. Tell me another fighter that, in just two fights, made $650million.’’ He continued afterward: ‘‘For Pacquiao, I made $300 million, for McGregor I made $350 million.’’

In his nineteen-year-long professional run, Floyd headlined four out of the five highest-bought boxing pay-per-views in history. Impressive, right?

To put that in comparison, there was only one UFC event until now that’s brought in more than two million buys ‒ and we all know which loud Irishman starred in that one (the fight was Conor McGregor vs Khabib Nurmagomedov). After Floyd defeated the box office star Conor (making the fight his 50th win) and getting $275 million for that fight alone, Mayweather decided to step out of the professional boxing field. However, there he was again on June 6 this year fighting Logan Paul (the YouTuber/professional boxer). 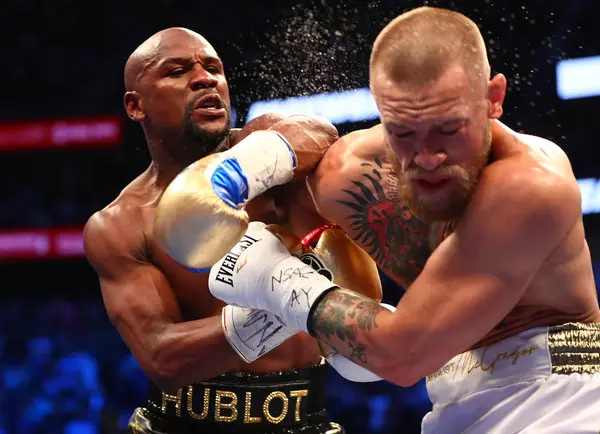 Floyd is 44 years old now and he reportedly got $123 million (or £72 million) from his match with Logan (26) alone (which, by the way, lasted the full eight rounds, meaning Floyd made this money in less than 24 minutes). Isn’t that some cash? The famous boxer also mentioned that only one sponsor printed on his ring shorts cost $30 million. Can you even imagine that kind of money spent on advertising? The only thing we can say is: wow.

Floyd has got this character, talent, and the results from a lot of hard work and we honestly would gladly give our hard-earned money to watch this guy fight. But many also paid and hoped he’d fail so they’d feel included in the making of history.

Nevertheless, even after he’s done with professional boxing and his glory days are supposed to be behind him, Mayweather is still going strong.

During Showtime Sports’ pre-pay-per-view Inside Mayweather vs. Paul Full Episode (TV14) Floyd shared: ‘‘I believe in working smarter, not harder. So if it’s something easy like [the Paul fight], a legalized bank robbery, I gotta do it. I have to do it.’’ He also said: ‘‘My nickname is ‘Money’ for a reason. I worked extremely hard for years and years to get to a certain level. A level where we can start calling everything an event.’’ In an interview with Fight Hub TV Floyd shared: ‘‘I’m retired from boxing. But I’m not retired from entertainment.’’ ‘‘I say everybody’s entitled to their own opinion.’’ Mayweather told a group of reporters and added ‘‘Nobody has to watch. Nobody has to pay. Do whatever makes you feel good. And I’m gonna do whatever makes me feel good.’’

Even Joe Rogan joined in on the conversation about Floyd’s mad moneymaking skills after the fighter managed to bring in yet another spectacular payday through the fight with Logan Paul. Now that Floyd showed us what he’s made of, we have to pay attention to how it is he managed to pull it off.

Joe Rogan shared a post on trusted Instagram with the caption: ‘‘About last night… first off I have to say I was really surprised at how much I was looking forward to this fight. Right before the bell rang for the opening around I was legitimately giddy with excitement. I think the whole thing is pretty fascinating. First of all Floyd Mayweather is a fucking genius in more ways than one. He’s arguably the greatest boxer of all time, and in the twilight of his career, he’s managed to make hundreds of millions of dollars fighting people who really don’t have a chance to beat him. Just fucking genius. He’s figured out a way to compete into his 40s and make more money than any other boxer alive. It’s really incredible. And the confidence that he has to have in his skills to fight a guy 20 years younger than him and 35 pounds heavier can’t be emphasized enough. Not a lot of all-time greats in any sport would take that kind of chance. I think we should appreciate the fuck out of that guy while he’s still around.’’

Floyd Mayweather is pretty much as good as it gets when we talk about box office hits. Even though fighters like Conor McGregor and Mike Tyson are incredible, Floyd shows a different type of skill and even though some dislike him because he’s too self-assured, the guy put in a lot of work to get where he is and we should at the very least give him that. The sad truth is there are probably not going to be any other fighters like him in the future. So, follow Joe Rogan’s advice and be grateful that we get to enjoy his mad skills while he’s still fighting… sort of.

Are you a fan of Floyd Mayweather? Do you secretly hope he fights again, so we can see more of his power?