There is an Arjen Robben news for football fans: he is back in football! The Dutchman hasn’t played in over a year.

“I am working on a comeback as a footballer. This is my goal now. I don’t know yet what will come of it. Not everything will depend on my motivation. But my dream is to play in the Groningen shirt,” admitted Robben in an interview for the club’s official website. 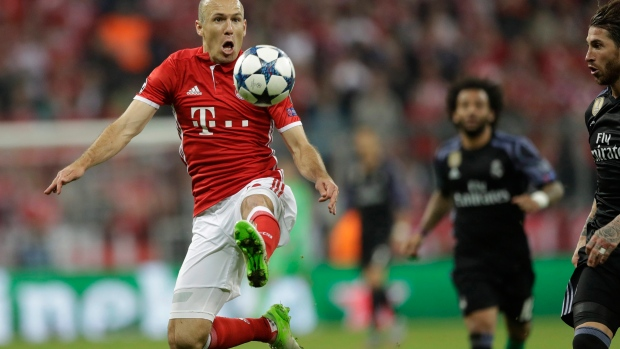 He played 94 matches for the Dutch national team and scored 37 goals.

Robben’s choice of the club is not accidental. Arjen is a graduate of Groningen. As part of the green and white, he began his career in 2000, making his professional debut at the age of sixteen. In two seasons he played 52 matches for Groningen, in which he scored 12 goals and made five assists. Then he was sold to PSV for 4.3 million euros (according to Transfermarkt). 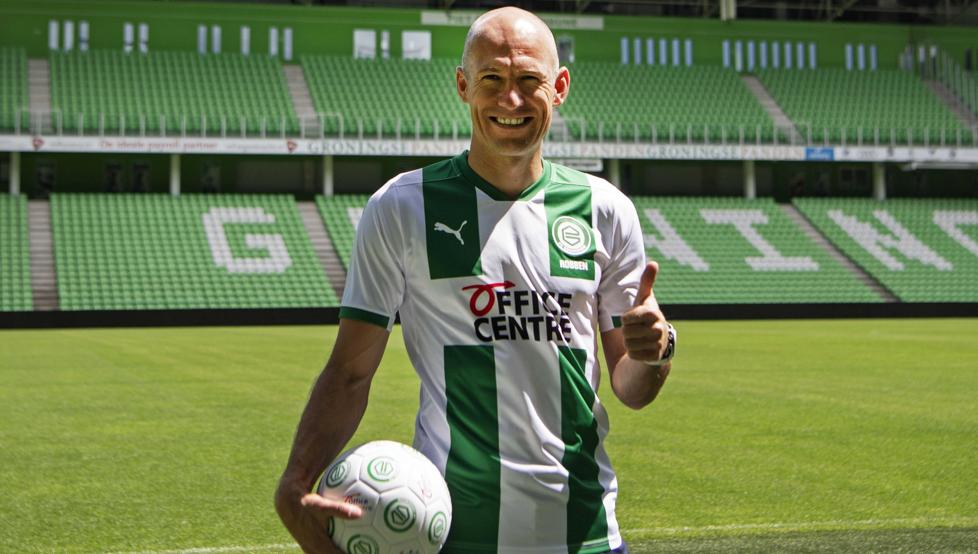 In the prematurely completed Dutch championship of the 2019/2020 season, FC Groningen was in the middle ‒ they took ninth place. It is unlikely that Robben, who has won 30 trophies in his career, should count on some team success as part of the white-greens. Obviously, the 36-year-old winger’s main motivation right now is simply to enjoy football.

Arjen announced that he was going to end his career in July 2019. In his last year at Bayern, he played just 19 games, scored six goals and made two assists. He spent part of the season fighting injuries that hindered him throughout his career, which is why Robben was even nicknamed the “glass man”. From October 2018 to the summer of 2019, he missed 165 days, healing injuries to his back, knee, hip, and tibia. Earlier, in April 2018, the Dutchman was recovering from a ruptured abductor muscle.

“Retirement is without a doubt the most difficult decision I have had to make in football,” admitted Robben a year ago.

“A solution in which heart and mind collided. The love of football and the belief that you can still handle the whole world opposes a reality where things don’t go the way you want them to. You are no longer a 16-year-old who had no idea what injury was. Now I am in good shape and healthy, and as a fan of many other sports, I want to keep this condition in the future. So I’m ending my career for good, and that’s good … It’s time for the next chapter. I look forward to spending more time with my wife and children, enjoying all the wonderful moments that lie ahead.” 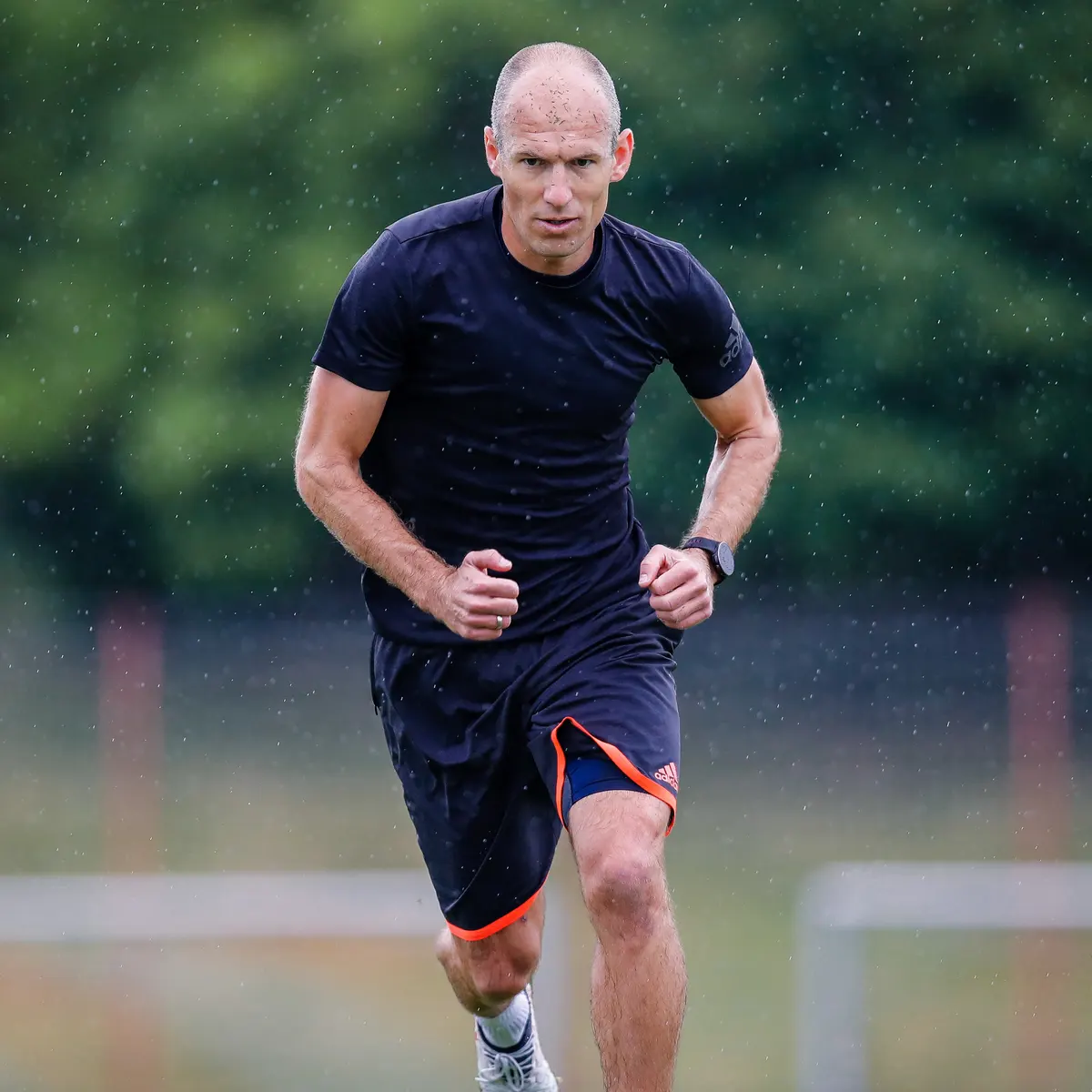 But it seems that Arjen’s heart still defeated his mind. He’s back in business! Of course, you shouldn’t expect miracles from Robben on the football field. At 36, after so many injuries and a missed year, the winger will not return to his previous level. However, the very fact of signing a world-class star will make an excellent advertisement for the Dutch championship and specifically for the club “Groningen”. Moreover, football in the Netherlands is open and productive. This is the perfect playground for Robben’s beautiful comeback.

“I was 12 years old when I came to Groningen Academy. I remember very well the day when I made my debut in the main squad in the home match with Feyenoord, I was 16. Two years later I moved to PSV. After a delightful journey of 18 years, I am returning home! Home to Groningen. Unfortunately, I am returning home at a difficult time of crisis, which also hit Groningen. But it’s incredible to see everyone support the club, I couldn’t stand aside,” said Robben.

“Over the past few weeks, I have spoken a lot with the Groningen staff and, perhaps more than ever heeded the fans’ call: ‘Arjen, listen to your heart.’ I don’t know yet what will come out of it, but I’m sure it will not affect my motivation. My dream is to put on the FC Groningen jersey as soon as possible,” he added.

He is not coming back from the couch. After finishing his career last summer, Robben has not stopped keeping fit. In May, representatives of the Brazilian Botafogo contacted him. Robben’s former Dutch teammate Clarence Seedorf ended his career there. That, however, had a special motivation in the form of a Brazilian wife.

“If he decides to return, he can earn four times more with us than anywhere else,” said the president of Botafogo, Ricardo Rotenberg.

However, Robben refused. But rumors of a possible return began to circulate.

In June, the Dutchman came to the Bayern base, where he trained with the club’s fitness specialist Holger Broich.

“Am I going to play football again? You never know that. I don’t want to say yes or no now. At the end of the month, my family and I will return to Holland, and then we’ll see. In any case, I will always be in touch with Bayern. But guys, I want to upset you. I’m not going back to play there, it’s one hundred percent,” told Robben to Sport1.

“Now I feel great. Dr. Broich and I do two or three times a week ‒ jogging, speeding up, working with the ball. Being in shape after finishing my career is very important to me. I wanted to run a marathon this year, but you understand that in the current situation it is impossible. But I didn’t put on weight at all,” added the Dutchman.

It would be nice to see Robben in the marathon. By the way, he would not have been the first footballer who decided on this. For example, Alexey Smertin and Luis Enrique ran it. But watching him play for another year is even better.

This is a special kind of pleasure. For many years everyone knew what Robben would do ‒ position himself on the right flank, dash, feint, shift to the center and punch from the left. Simple and straightforward maneuver.

But it happened over and over again, year after year. Every time everyone thought: “What, again? It can’t be, how much can you buy for it!” And Robben continued to do it and score. Under Louis van Gaal, Jupp Heynckes, Pep Guardiola, Carlo Ancelotti … 144 goals for Bayern are excellent statistics. And this is despite his “glass man” nickname.

Meanwhile, curious news came from Argentina. Perhaps the 2020/2021 season will see another sensational return to football for a world-class star. According to Marca, Diego Maradona offered Ronaldinho to resume his career as part of the Gimnasia and Esgrima team he leads. True, so far there have been no official negotiations since the 40-year-old Brazilian is under house arrest in Paraguay Asuncion: the footballer, along with his brother and agent Roberto de Assis, was arrested for presenting fake passports when entering Paraguay. However, Ronaldinho’s return is hard to believe, because unlike Robben, he hasn’t played since 2016 ‒ the pause is too long.