Here is a list of some of the craziest and most memorable ones.

The NBA regular season ended successfully, despite the pause that had to be made. The basketball players were one of the first to get infected and the season was stopped for a bit during March’s lockdowns. Still, this regular season had some awesome and crazy moments to look back at. 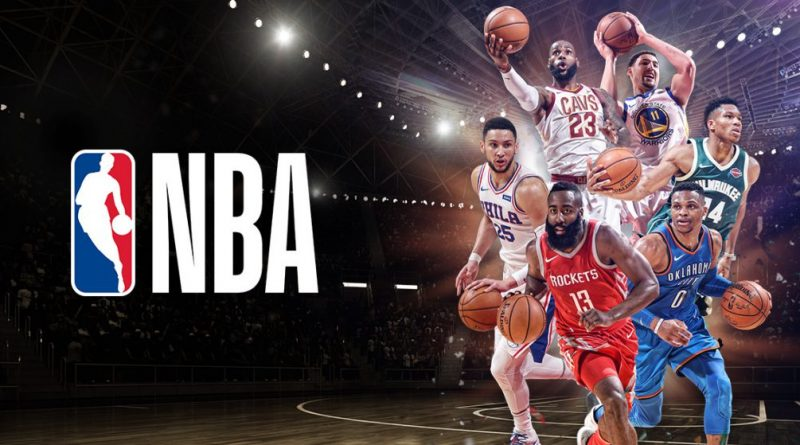 Jonson violated the league’s tampering rules with his comment about the young Buck’s star Giannis Antetokounmpo. He told ESPN this about Antetokounmpo:

“With his ball-handling skills and his passing ability. He plays above the rim. I never could do that. But in his understanding of the game, his basketball IQ, his creativity of shots for his teammates. That’s where we have the same thing. Can bring it down, make a pass, make a play. I’m just happy he’s starting in the All-Star game because he deserves that. And he’s going to be like an MVP, a champion, this dude he’s going to put Milwaukee on the map. And I think he’s going to bring them a championship one day.”

Although this comment seems like just a regular compliment of the player, statements like these get you fined. I bet The Lakers and Magic Jonson aren’t too hurt by the mere $50,000 fine.

14. The Cavs traded everyone

The Cleveland Cavaliers, who won the title the year before last, had already lost some of their biggest stars. In an attempt to totally renew the team, they traded a lot of the important players that were left. Isaiah Thomas, Derrick Rose, Jae Crowder, Channing Frye, Dwayne Wade, Iman Shumpert were all sent away. Larry Nance Jr., Jordan Clarkson, Rodney Hood, and George Hill were brought in. An unprecedented roster turnover, but it was probably for the best. But it still seems that their biggest loss was Kyrie Irving.

The singer tried to sing ‘her’ version of the anthem and it was so horrible that it became an overnight internet sensation. The video of her singing quickly became viral. I hope this shows other singers that the anthem should be sung just how it is supposed to.

12. Steve Kerr let his players coach for one game

It was a meaningless February game against Phoenix. The Warriors coach (Steve Kerr) let the injured vets Draymond Green and Andre Iguodala take over the board. This unprecedented move didn’t really have a big impact or upset anybody.

11. The rumor about LeBron considering joining the Warriors instead of the Lakers

This story came out of nowhere and got traction for a couple of days until Lebron shut it down himself and that was the end of the discussions. But fans are probably still wondering sometimes ‒ but what if?

10. A fan pretended to be a Pelicans player and was successful for a while

This guy managed to blend in with the players for nineteen whole seconds, before getting pulled away by the guards. The New Orleans fan was wearing the team’s warm-up gear and he even managed to pull off a shot before getting kicked out of the court.

After being famous as the father of three great NBA players and claiming he can beat MJ in 1on1, LaVar Ball managed to pull off an apparel company with high-end products and prices called Big Baller Brand. But he didn’t stop there. His latest creation the Junior Basketball Association (which is an alternative amateur league) was the icing on the cake for this incredible human.

Paul in his usual diva style was unhappy again. This time the target of his anger was the tribute video about the Celtics’ top 5 MVP finisher and legend Isaiah Thomas. After all, he went through and all the successes, the Celtics decided to play a tribute video for his debut at the Garden. Pierce on the other hand felt that his jersey retirement night should be a priority over this video. In the end, Thomas was a class act and told Boston to give Paul the night.

7. The number one draft pick sat out most of the season

Markelle Futz was the perfect fit for Philadelphia this season. But after an ankle injury during Summer League he had to sit out for a bit. Of course, nobody was surprised that a Sixers’ rookie was injured, but we weren’t that concerned about him. After a sloppy return and another injury (this time a shoulder one), he had to sit out again. We even almost forgot about him until Brett Brown randomly announced his return. It’s still not clear how well he will do after all this time off.

Such a JR move. Over the years the Cavaliers player has had his fair share of crazy, but this tops it. He was suspended for one game after he threw soup on the assistant coach Damon Jones. Imagine how intense the argument was for him to throw his soup.

5. Eric Bledsoe didn’t want to be there

There were reports about Eric Bledsoe not being happy in Phoenix, where he was the only veteran of value left. After the horrible first month of the team, and the firing of their head coach, Bledsoe tweeted “I Don’t wanna be here” and in a week and a half he was traded.

That really happened and it wasn’t such a big deal at the time. Kentavious Caldwell-Pope got a DUI when playing for Detroit. This year his sentence was implemented while playing for the Lakers. After a work-release program allowed him to leave jail during games, he started playing but the condition was to not leave the state of California. For the away games he had to wear the ankle bracelet at all times. Crazy right?

At the end stage of training camp, these competing power forwards got into a bit of a scuffle during the scrimmage. Mirotic shoved Portis and he came right back with a punch to his face, which left him with multiple fractures. Portis, on the other hand, was suspended for eight games and had to apologize. While these two were both out, Lauri Markkanen introduced himself pretty well. During his injury, Mirotic said it was him or Portis, but he couldn’t be traded till December. It seemed for a bit that they found an agreement, but then Mirotic was traded, so we’ll never know if the beef is still alive.

2. The saga with Kevin Durant’s injuries

It’s the beginning of the season and Kevin Durant already has a hamstring injury. He should be back by the opening night though. Another setback on his recovery and he didn’t play the opening night. Then it looked like the recovery wasn’t going well and he didn’t return until January. After his return, he played only 8 of the next 14 games and sits out again. Doctors said he was ready to play, but he refused, which then made some of his teammates angry. “My hamstring injury was way worse, and I sucked it up and played through it,” commented Steph Curry. Then a report came that the team was trying to convince him to start playing, but he refused. Then all the world was blocked by Covid and Durrant was one of the first to get the virus. After all these events he was finally traded to the Brooklyn Nets on July 7th and that’s how the saga between him and GSW ended.

1. The tunnel war between Rockets and Clippers

This one beats all the others on the craziness scale. Former Clippers player Chris Paul was playing against them. There was a lot of friction between him and some of his former teammates – Blake Griffin and Austin Rivers. After the game, Chris and his new teammate (and fellow star) James Harden went through a secret tunnel that led to the back of the Clipper’s locker room. While they were going through the tunnel Clint Capela was sent to the front door to distract the Clippers team and he supposedly knocked and screamed at the door to get their attention. They finally opened the door and slammed it in his face. What a crazy story, that definitely should be in a movie someday.