Have you ever felt awkward about not being able to keep up the conversation during a basketball game? 10 people run back and forth and it is not clear which of them is who? Unlike soccer, basketball is that sport in which there are much more nuances than it might seem at first look. A huge number of small details will make you think that you are not so smart as you thought.

Basketball rules, or rather the main ones, are not so complicated. But I won’t explain all the minor nuances to you, let’s first talk about the basics. Player positions are one of those things you need to know from the start.

Knowing the role of each player, you will learn to better understand the game itself.

Basketball is a team sport in which everything depends on the unique abilities of each team member. Although in modern basketball teams players are multifunctional and can more or less replace each other, each of them has its own role.

In this article, we will talk about five traditional roles in basketball, without which no game will take place. Why do you need to know this? To understand how the team is initially built and, accordingly, how the game itself is structured.

Knowing your position in the team, you can successfully lead it to victory! Such knowledge will help fans better analyze the course of the game and assess the complexity of each movement on the field.

So, here are the roles that will be discussed: 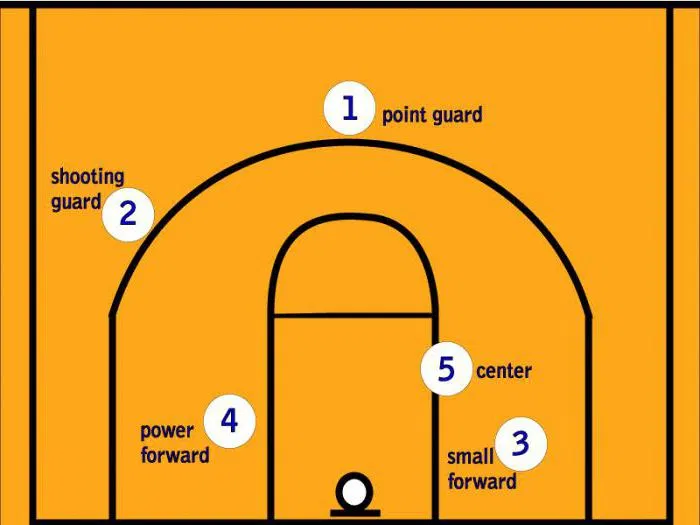 So, a few words about the classic arrangement. None of the existing rules regulates what positions are in basketball, who and where should be located, and “who to play with”.

Everything is exclusively conditional, and the choice of a particular tactic, and, accordingly, the arrangement depends on the presence of players in the team and how the opponent is supposed to play.

It is even possible that players will change among themselves many times throughout the game. And in the same way, it is important to gain a foothold in one position and not leave it all the time. It completely depends on the playing style of the players, the team, the coach, the point guard, etc. Many factors may become known in advance, or may only be in the middle of the game. 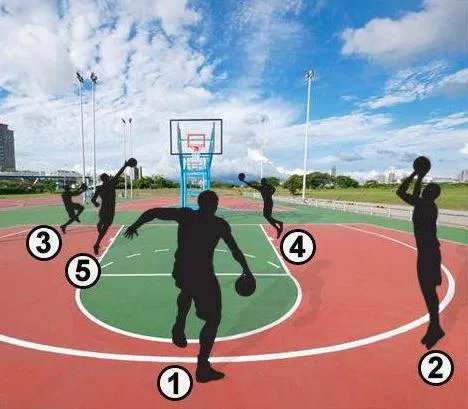 The point guard, as a rule, is the smallest player in the team but has highly developed ball-handling skills and a high basketball IQ. Such players are usually responsible for dribbling the ball across the field. They stand for the attack to be built taking into account the strengths and weaknesses of the enemy. It is no coincidence that the point guard is often called a field general or coach on the court. It is point guard if you want to know which player is usually the best ball handler on the court.

In defense, such players are responsible for deterring the point guard of another team, and their ability to analyze, predict and impede the implementation of the opponent’s strategy is crucial for the outcome of the game. Therefore, it is important that the rest of the team listen to the recommendations of the point guard, and he himself is good at communicating with others.

The attacker is the position of the player, interchangeable with the role of the point guard since their roles are similar. However, unlike a point guard who focuses more on building an attack, the attacker’s goal is to score from anywhere on the court. Because of this, many offensive tactics are centered around the defender’s shots.

This position is more focused on conducting the offensive, and such a player implements defensive tactics around the weakest member of the opposing team. Attackers can also help the point guard in the game if the point guard is under heavy guardianship.

Light forward is the most versatile player in the team both in attack and defense. This is due to the fact that they are usually slightly smaller in size and physique than a heavy forward and center forward, but they have the accuracy, the ability to control the ball and the basketball IQ of the defenders.

Such players usually play at the edges of a three-point arc, since there is relative freedom of movement and a throw can be made from there. Light forwards usually block the best player of the opposing team, as they are able to reach and prevent the throw, they have enough weight to push the opponent away, and they are endowed with speed and dexterity of the defenders.

A heavy forward is usually the second-highest player on the team and plays at the free-throw circle. This player is responsible for blocking the opponent; it depends on him whether the attack will be successful. Since the heavy striker plays such an important role in the attack, he must also be able to accurately throw the ball from an average distance in order to score if the ball is passed to him after being blocked by his guardian player.

In addition, a heavy forward is often responsible for holding the ball, allowing stronger team members to move forward. In defensive tactics, such players take on the defense and block those throws by the enemy, which the center cannot reach.

The Center is the tallest and heaviest player on the team playing under the ring. Center dominates due to weight and strength, using height and jump to throw the ball over the heads of lower players. Such players also block the opponent near the border of the field to give space for a defender or light forward throw.

Traditionally, the center did not know how to throw with high accuracy, but today everything is different: the center at least knows how to make medium-range shots, and some are capable of three-point shots. Such centers are called “stretch 5”.

Remember all the roles? Try to put them into practice: while watching a game or honing your own skills on the court!