New Game in the Call Of Duty Franchise: Cold War

Call of Duty returns with a new series of a First-person shooter ‒ Call of Duty: Black Ops Cold War. A direct sequel to the fan-favorite original Black Ops series, set during the Cold War, in which players immerse in the geopolitical confrontations of the early 1980s. In addition to the single-player campaign, Black Ops Cold War brings Cold War weapons and gear to the next generation of Black Ops online combat, as well as an all-new Zombie Mode.

Call of Duty: Black Ops Cold War is coming to PlayStation 4, Xbox One, and PC on Battle.net on November 13, 2020. The PlayStation 5 and Xbox Series X versions will arrive in late 2020, upgraded to the availability of new consoles. 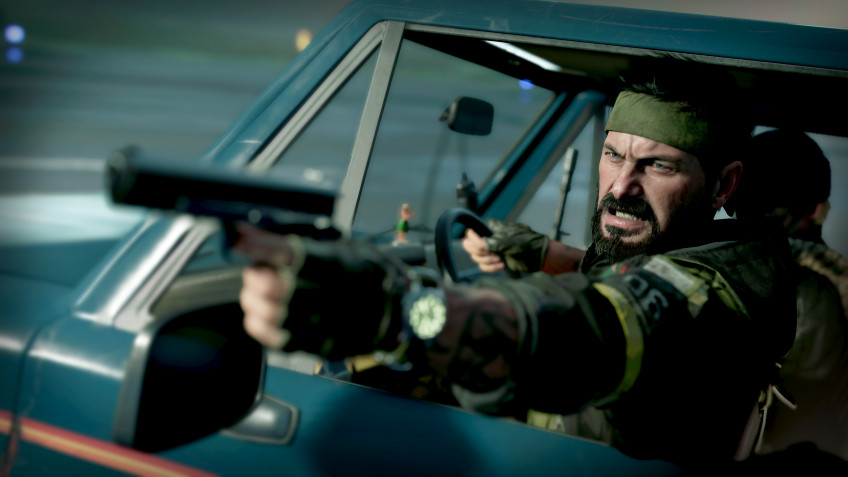 Activision Blizzard teamed up with Treyarch and Raven Software to fully unveil Call of Duty: Black Ops Cold War. The shooter will offer elements of non-linearity, the ability to play a character of neutral gender, and choose a psychological profile.

As it turned out, this time Treyarch is not responsible for the storyline campaign. It is handled by Raven Software. The studio has been involved in the creation of all parts of the Call of Duty series since 2010 but has never been entrusted with such a responsibility. Treyarch, in turn, acts as a consultant and developer of the multiplayer component.

However, for the creation of the shooter, Activision Blizzard allocated the forces not only of these studios, but also Beenox, High Moon Studios, Activision Shanghai, and Sledgehammer Games.

In Call of Duty: Black Ops Cold War, users will be able to create their character and choose their gender. There will be three of them in the game: male, female, and “secret”. Developers from the Raven Software and Treyarch studios spoke about this at a closed title presentation.

Players will also be able to change the character’s appearance ‒ for example, adjust the skin tone. The function will be presented in the form of a dossier for the hero. The authors decided not to add character voice acting to Call of Duty: Black Ops Cold War, as they would have to record three different voices for many lines. Characters refer to the player with the pronouns they/them.

The main action period of Call of Duty: Black Ops Cold War is 1981. In the course of some missions, users will be able to travel to Vietnam in 1968. The developers noted that the Raven Software studio already had renderings for this period ready, so it was decided to add them to the Cold War.

The endings of the game will depend on the user’s decisions during the campaign. One of the main characters of the Cold War will be Agent Perseus, a former KGB officer who stole documents about the development of a nuclear bomb many years ago. According to the plot, the CIA is not sure if he is alive. Some believe that the communist died long ago, and the Russians spread rumors about his activities. Characters will also include Alex Mason, Frank Woods, and Jason Hudson from the original game, but they won’t be playable.

The development of Call of Duty: Black Ops Cold War was carried out in the context of the coronavirus pandemic; most of the employees at that moment were at home on self-isolation. Due to these limitations, the authors had to separately record face and body animations using motion capture technology.

This is a direct sequel to the first Call of Duty: Black Ops, so meeting familiar characters is inevitable. According to the developers, the game fits into the plot of the subsequent parts, therefore, unlike Call of Duty: Modern Warfare, it does not make adjustments to the existing story.

They will also diversify the execution of missions, throwing additional tasks on the hike and allowing them to pass in different ways: quietly, with shooting, and so on.

There will be no joint passage in the story campaign, but the developers have provided for some elements of non-linearity. In certain places, players will be able to participate in dialogues and make decisions (there is even a choice of lines, like in an RPG), which will subsequently lead to one of several endings. Besides, a couple of locations in single-player mode will not be simple corridors, but large non-linear levels. For example, a mission in Lubyanka will offer to penetrate enemy territory in several ways and get to the main goal using blackmail, theft, poisoning, bribes, and other tricks.

Call of Duty: Black Ops Cold War developers will not make any political statements through the game’s plot. They mentioned this and other details of the story in an interview with the GameSpot portal.

Cold War is written by David Goyer. He was responsible for the plot of the first two Black Ops, and also worked on the films Blade, The Dark Knight, and Terminator: Dark Fate.

According to the developers, the Cold War will try to “illuminate the gray areas of the Cold War”. The game will not divide the characters “into right and wrong” and will try to show “that during this period of history everyone had dirty hands”. Raven Software officials said some missions and locations are based on recently declassified US government documents.

“We’re thrilled to launch the next installment of Call of Duty as one of the most iconic entertainment franchises with over 100 million players on consoles, PCs and mobiles,” said Bobby Kotik, CEO, Activision Blizzard. “Black Ops Cold War will provide players with an unforgettable experience that will not only set the bar for the next generation of action games but will also allow people to play together while staying in touch with their friends”.

“Introducing our Cold War fans inside Call of Duty: Warzone is the best solution,” said Byron Bead, executive vice president and general manager of Call of Duty at Activision. “Black Ops Cold War gives fans not only an exciting campaign, but also a new generation of online mode, a new Zombie mode, and unique content for Warzone. We are delighted that our development team led by Treyarch and Raven have created a new part of Black Ops for the next-generation platforms.”

Call of Duty: Black Ops Cold War will feature 120fps support on the PlayStation 5 and Xbox Series X. According to the preview posted on the website, the 2020 game will be “playable at 4K and 120fps.” 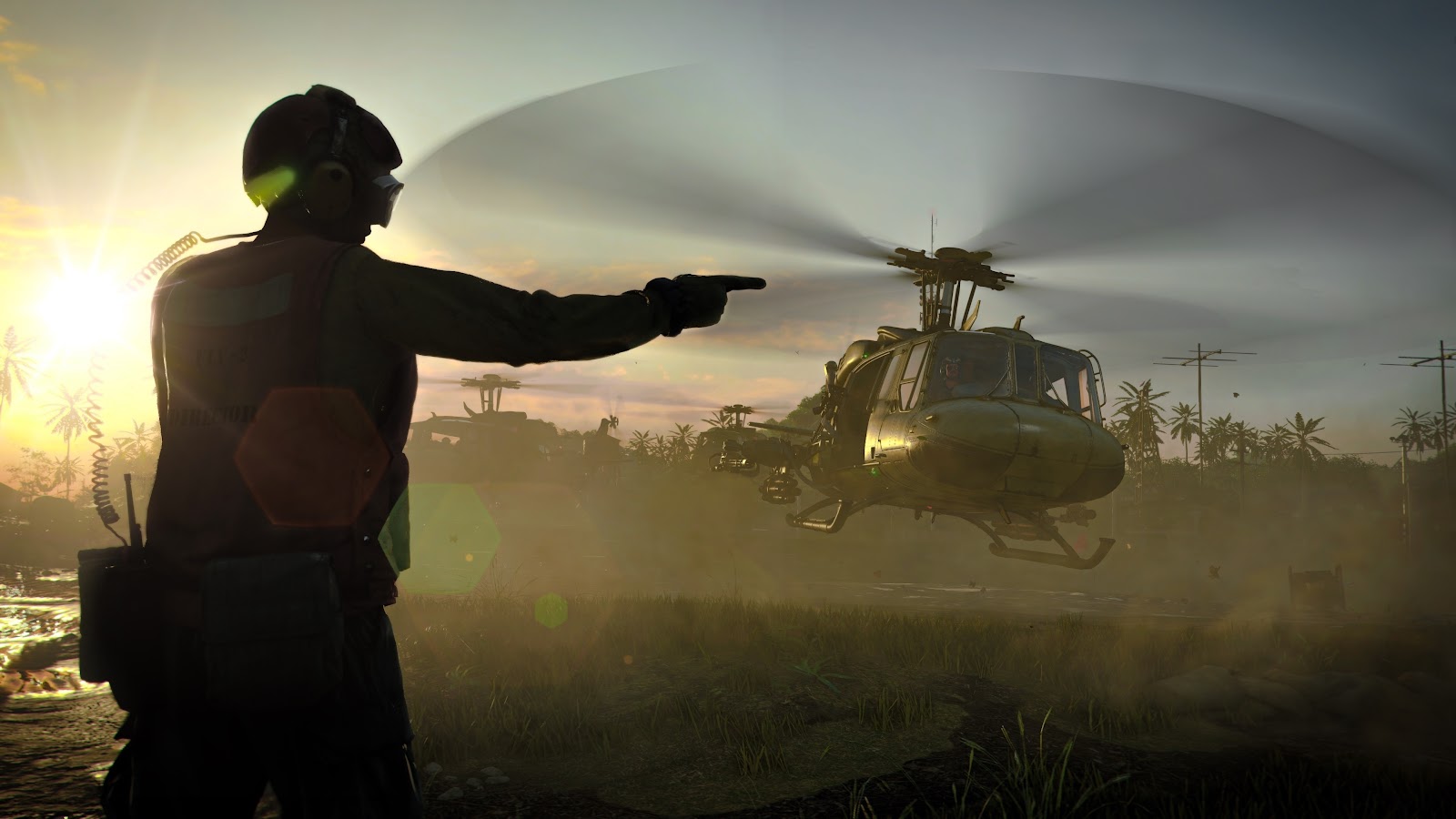 “We want to make sure that the frame rate meets the requirements. And there is no feeling that, from a technical point of view, something is stopping you from having a good time,” the resource quotes one of the leaders of the Treyarch studio Dan Bunting.

Also, according to the publication, the shooter makes full use of the capabilities of the built-in solid-state drives for fast loading and tactile feedback of the DualSense controller.

Among other things, it is claimed that the game will have a global lighting system that uses real-time ray tracing.

“With the power of next-generation systems, we can add more detail and love to everything we create,” said Cathy Sabine of Raven Software.

It is not yet entirely clear which of the listed functions will work at the same time since the declared 120fps will probably require a lot of resources even from the next-generation systems.

Currently, only one of the PS5 games that officially supports 120fps is Dirt 5 from Codemasters.

Digital Foundry experts, who have already discussed the presentation of Call of Duty: Black Ops Cold War, doubt that the game will work in 4K at 120fps, and even with ray tracing on new consoles. Most likely they see a choice of setting. Players will be able to switch between performance and image quality, as, for example, in Ratchet & Clank: Rift Apart.

Call of Duty: Black Ops Cold War is a cross-platform game with a single progression system that will unite fans of the series from different platforms of different generations. The game will also feature a “Battle Pass” system that guarantees new free content after launch, including various maps and modes for multiplayer and Zombie mode and in-game events.

The online game Black Ops Cold War will premiere on September 9, 2020, at Twitch.tv/CallofDuty. Black Ops Cold War will share a progression system with Call of Duty: Warzone and new inventory items that can be used in both games. Warzone fans will also retain access to Call of Duty: Modern Warfare content previously acquired, such as performers and weapon blueprints.