TWIFT | Lifestyle | Lady Gaga switched up the US national anthem

Lady Gaga switched up the US national anthem

Lady Gaga gives us a new version of “Star-Spangled Banner”. 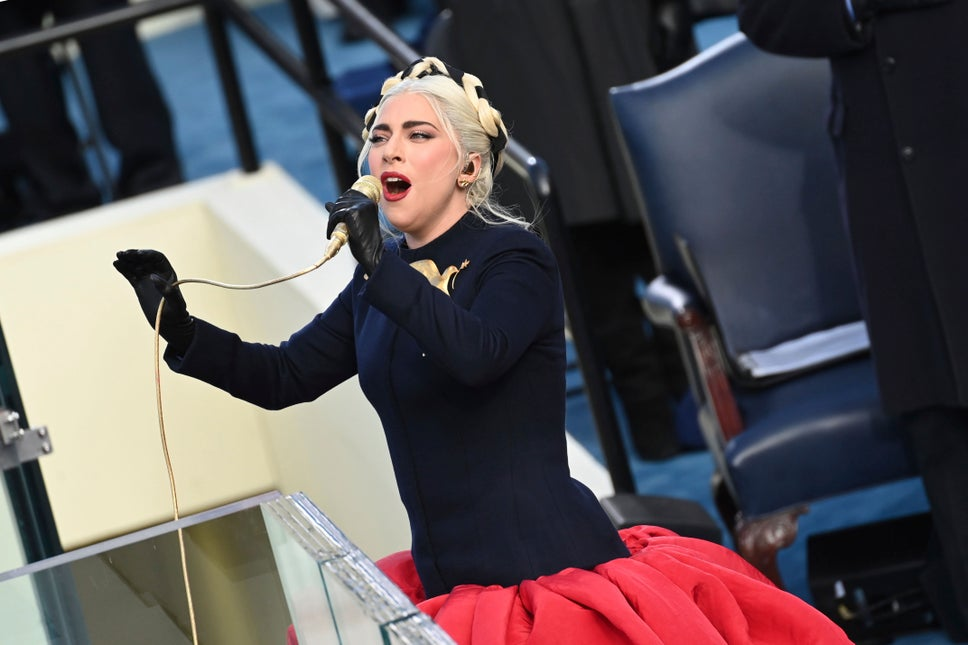 The singer performed (in a huge red skirt) at the inauguration of the new President Joseph R. Biden.

The ceremony was not like the ones before because Biden took over Trump while the world has been facing the damages from Coronavirus. Therefore, it’s only natural that the national anthem represents the change in our times and consequently sounds different.

Lady Gaga didn’t express her originality through the stretch of her voice like many would be tempted to do. Instead, she altered the song by singing it at a different time than it’s meant to be sung.

Francis Scott Key borrowed the long-established melody, which is in ¾ (an extraordinary meter for an anthem). Gaga presented an arrangement that includes an extra beat to every measure, which turned it into a 4/4 rhapsody. The reality is that some people didn’t even notice the adjustment.

It feels like Deja-Vu because this isn’t the first time the national anthem has heralded a new president. Beyonce performed at Barack Obama’s inauguration back in 2013 adopting a similar adjustment. Another iconic singer embracing change is Whitney Houston, who did a 4/4 version of the anthem at the 1991 Super Bowl.

Keep in mind that even though this is a significant change, there are also some out there who excessively alter the anthem. That’s the reason why the modification by Lady Gaga, Whitney Houston, and Beyonce is well-received ‒ it’s done tastefully.

The three-quarter time is usually meant to be used for waltzes. Pretty much everything else that comes out and goes into our playlist is played in a meter, which can be divided by two. That’s the reason why the US national anthem (originally stemming from an old-time drinking song) is an exceptional composition.

Another aspect, which makes “Star-Spangled Banner” unique, is the fact that you can’t march to it, whereas to the Spanish, German, Russian, and French national anthems you can. The reason for this is probably that it’s meant to be carefully listened to, while you remain in one place and sing.

All people who’ve been in a street band are familiar with the ways to transform the “Star-Spangled Banner” into a 4/4 tune so that the trumpet part doesn’t get ruined.

Maybe 4/4 is a better version of the anthem depicting a whole country? Undoubtedly the 4/4 in the Marseillaise (see “Casablanca”) awakens something inside of us.

It’s positive that the US national anthem fits well to both rhythms due to its adaptability, whether you want to march or waltz to it.

Moreover, it commemorates flooding your fields with the blood of tyrants. It focuses not so much on the notion of combat, but on that of endurance and persistence.