Not so long ago, a huge number of scandals began to occur with American stars, especially actors and directors. Many famous people were branded rapists and women told terrible stories about how this or that actor tried to rape a poor girl, and sometimes they even succeeded.

Don’t get me wrong, I know some of these accusations are true. But I’m also sure that most of these accusations were made purely for the hype, attention, or just to feel the power and make some hurt to a famous person. Many may disagree with me, but many of those stories sound like sheer nonsense.

This “trend” has reached esports as well. Here I will not be so categorical. At afterparties and other events, I know that players or casters can afford the “extra” inappropriate things. Therefore, some of the following stories may be true. But how do you know? There is no way to find it out, these are just the words of “victim” and the words of “rapist”. Who of them is telling the truth is unknown. But the fact remains that there were accusations, the consequences were not long in coming. This has resulted in numerous Reddit threads with thousands of comments. 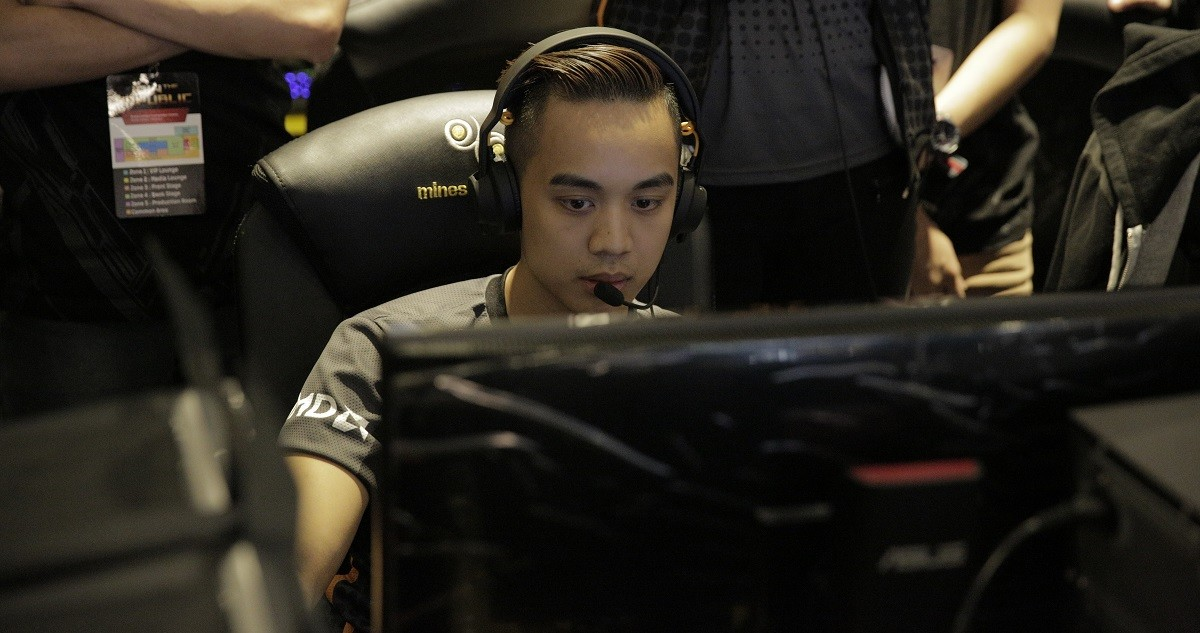 The author of the first letter claims that in 2014 she worked in the field of e-sports and at one of the LAN tournaments she met with Ho. At the end of the game day, he asked her to help him in a separate room. According to the girl, she did not think that solitude with him would be a problem, but soon he began to touch her, ignoring requests to stop. DeMoN got to the girl’s underwear when one of the tournament staff entered the room. After that, the victim was able to escape.

The second incident happened at an afterparty, the event, and the year of its holding were kept secret. The girl said that she wanted to work in e-sports. And for this, she sought to establish connections with the players. According to her, Ho interacted with her strangely and tried to flirt. Then he approached her and began to cuddle up to her leg, after which the girl noticed an erection and left the room without saying anything to the player. 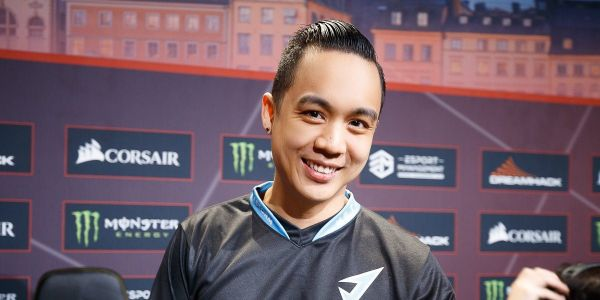 Elaine said that DeMoN loves to flirt with women and she took his first attempts at flirting with her as a joke. At MLG Columbus (in 2013), the girl acted as a Twitch partner and event organizer. During the afterparty, Ho asked her to come with him and discuss a business issue. He led Elaine into a small dark room, held the door with his hand, and asked to kiss him. When the girl rejected him and tried to leave, DeMoN closed the door again and continued talking about the kiss. He later let her go, and Elaine decided not to talk about it.

After that, the girl repeatedly heard stories about DeMoN’s inappropriate behavior, but the organizers of various events continued to hire him anyway, despite all the rumors. Because of this, Elaine decided to talk about the situation with DeMoN.

Former professional Dota 2 player Jimmy DeMoN Ho denied all accusations of harassment and inappropriate behavior. He noted that in one of the situations he misunderstood the girl, and the rest of the cases seemed to him too stupid to be real.

DeMoN first turned to the streamer, Elaine. She stated that the former player tricked her into the room and stubbornly asked to kiss him, preventing her from leaving the room.

Ho noted that in that situation he misunderstood the girl’s “signs”, but she also misinterpreted his actions. He added that they subsequently continued to communicate ‒ to prove this, he cited a joint photo from The International 2014, which took place after MLG Columbus.

“I have always perceived our relationship as friendly and was just speechless when I read your post about how you felt in that situation at MLG Columbus. I thought I understood you and all your signs and I was sure that you reciprocated my flirting. As it turned out, this misunderstanding between us turned into a real conflict.

I agree that I am sometimes a “flirtatious playboy” or something. Considering that many see me be some kind of moral monster, it needs to be clarified ‒ in relationships with girls, I never use them, I do not do anything against their will, I do not harass and don’t let go.

Elaine, I don’t expect you to accept my apologies, but I sincerely apologize for feeling threatened in that situation. You think that I just forgot about the incident, but I could not attach importance to my inappropriate behavior, because I thought that everything was fine.”

DeMoN separately commented on other charges. In his opinion, the story with the girl, whom he allegedly took into a separate room and began to touch, has too little evidence. He stated that it is based on the words of third parties, which does not make it true. Moreover, Ho considers the whole situation absurd, given that the room in which the action was allegedly taking place was not even closed.

“If they decided to reproduce this situation in the movies, everyone, including the director and members of the film crew, would not understand what is happening, and even the author of this accusation would be shocked. If the guy starts to calmly touch the girl, and it scares her, she can just leave before he grabs her underwear. This task seems to me not so easy.”

Ho has also tried to explain that he really loves to flirt with girls and behave defiantly, but even for him rubbing his erect cock on a girl while dancing is too much. According to him, such a situation would be shameful for him.

“If I wanted to hit a girl, I would start with a couple of pick-up phrases (lol) and try to charm her. After that I will invite her to dance, but only if I see that the interest is mutual. I would never touch her right away … For you to understand, no erection appears from a couple of glances and a short dialogue. If I had an erection, I would never have continued to dance with a girl ‒ I would have been too ashamed and I would have left right away.”

DeMoN also repeatedly pointed out that throughout his career they tried to accuse him of something and constantly spread unpleasant rumors. Moreover, he was not yet called a sexual maniac or a moral monster. Ho adds that in such situations, it is necessary not only to listen to both sides but also to provide strong evidence.

At the same time, DeMoN apologized to all the girls, including those whose accusations he called false. He noted that he did not commit the actions specified in the anonymous messages. However, he apologized for making someone feel uncomfortable.

“Until recently, I have never been called a moral monster, sex-maniac, or rapist. I apologize to those I have made to feel uncomfortable. I apologize for misunderstanding some situations. But I never grabbed someone’s underwear or rubbed against someone [dick]. I didn’t do all of this. Nevertheless, I apologize to those two unnamed girls for how they felt in communication with me.”

After a series of accusations against Jimmy DeMoN Ho, Beyond the Summit refused to work with the former pro player. Earlier, the company made the same decision in relation to commentator Toby TobiWan Dawson, who was also convicted of harassment and inappropriate behavior with girls. In addition, Valve has removed caster phrases from Dota 2. 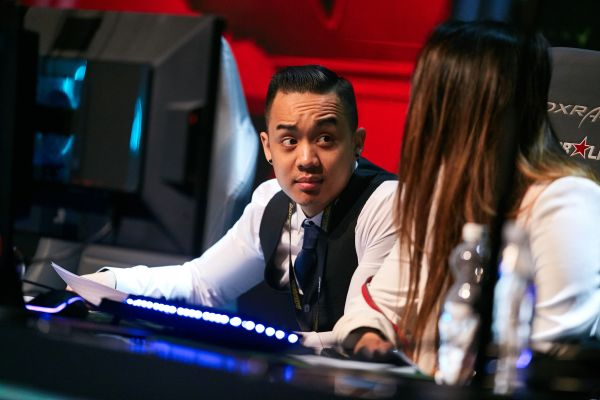 One of the co-founders David “LD” Gorman spoke on behalf of the studio:

“I saw that people write that I am silent about the Demon. The Demon will no longer collaborate with BTS,” tweeted LD.

“I helped with the investigation and today I learned about the second case involving the Demon. I assure you that as long as I am with BTS, the studio will not work with him.“

In addition, a lot of messages about sexual violence at various Dota events appeared on Reddit. I have selected some of them for you to read:

1. “Everyone is talking about sexual harassment in gaming as if it hasn’t been occurring the whole damn time. How are y’all surprised that sexual assault is happening when we regularly get harassed and when we complain, the response is ‘iTs JuSt PaRt oF tHe CuLtUrE.’ Fuck off.”

2. “The fact that I hesitate when parents approach me at events saying their daughters love my casts and want to be a part of esports breaks my heart. Esports is amazing but the amount they’ll have to fight and constantly be on guard (just as a gamer, not even as a pro) is insane.”

1. “I’ve been harassed, hit on, cornered, inappropriately approached, propositioned, grabbed at events, etc. My stories are mild. For many of them, I even educated them about why it was bad.

BUT to do so ‒ I surround myself with trusted & large men. I’m never alone. I’m very careful.”

2. “The first thing I teach my cosplay volunteers for DreamHack is how to check in with cosplayers, identify if they are uncomfortable. And give them specific tools/phrases to give the cosplayer an easy escape from any situation.

It’s heartbreaking that this is necessary.”

3. “Now, this is an old one from Dota that someone reminded me of recently ‒ comments about a Dota caster from a pro player that referred to a trans woman as ‘it’ and apparently the ‘pro’ community thought this an appropriate topic to bet on.”

And that is what women answer on the logical question “why didn’t they talk about it before?”

“Know what happened when I tried to speak up about my abuse in the industry to people in my circle? I watched my colleagues and people who I thought were friends stay and side with the abuser and talk shit behind my back. That’s why we stay silent. Outcome is rarely positive.”