Riot Games has not changed its stance on hosting the 2020 League of Legends World Championship, despite the recent announcement by the Chinese authorities to cancel all international sporting events before the end of the year. 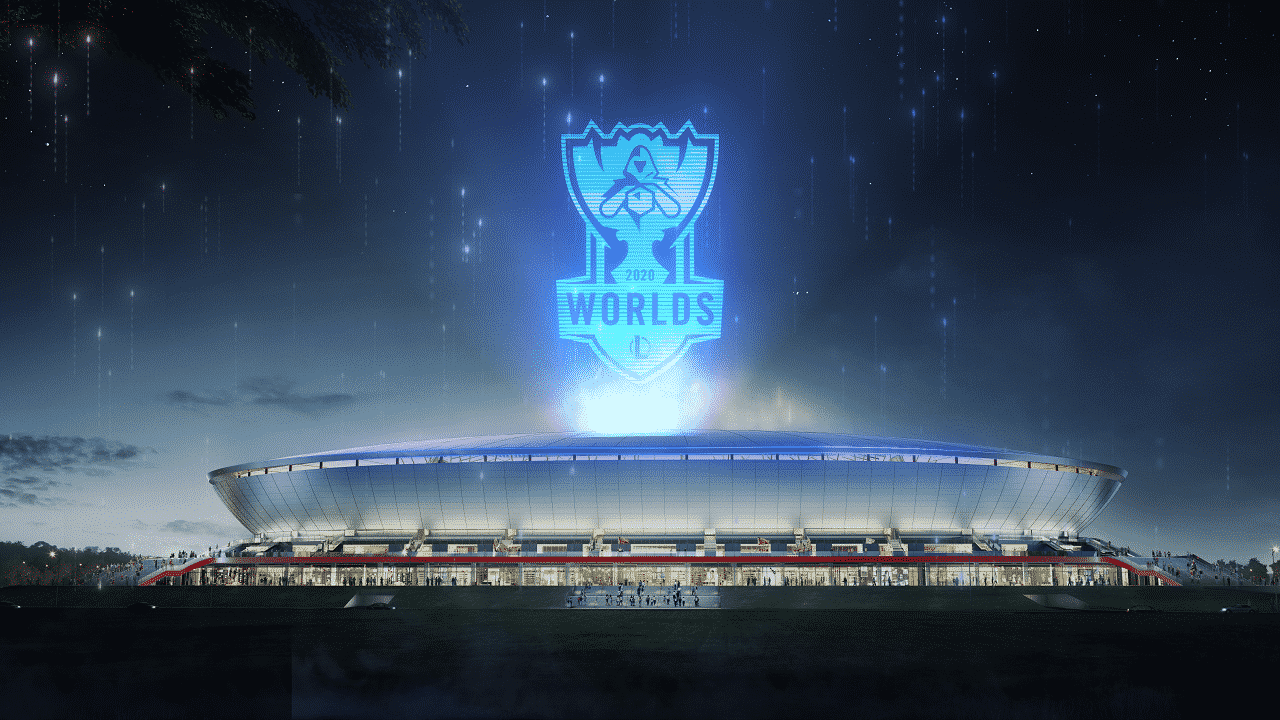 Riot Games has announced that the 2020 League of Legends World Championship will take place from September 25 to October 31. It will be held in Shanghai (China). The announcement took place on the official LoL Esports website, and Riot Games twitter.

Despite the COVID-19 pandemic, the tournament participants will gather in one place. However, unlike last year’s Worlds, this time, all stages of the championship will be held in the same city. Pudong Football Stadium will host the final phase of the competition. Suppose the organizers get permission from the local authorities. In that case, there will be a live audience. Although earlier, the organizers planned to hold the Play-In stage, group stage, and playoffs in different regions of China.

The holding of all stages of the tournament in one city is dictated by the desire to ensure maximum safety for the organizers, participants, and fans of the Championship. The number of necessary transfers will decrease, which will allow better control of the situation. Riot Games also carefully follows guidelines from various health organizations and local authorities.

According to Nicolo Laurent, CEO of Riot Games, the company managed to “establish partnerships with the city and country authorities, as well as with external risk and security consultants”. He noted that Worlds 2021 would also take place in China. The organizers hope that by that time, the situation with the pandemic will improve. The championship will be hosted by several cities, as initially planned. In 2022, Riot Games is bringing the tournament back to North America for the first time since 2016.

How exactly Riot Games will ensure the safety of participants and staff at the stadium ‒ Laurent did not say. He also did not answer whether teams from all regions would be able to participate in the championship and whether the format of the tournament would change.

The main event of the League of Legends esports discipline will bring together the best teams from regional leagues from around the world. The initial stages of the tournament will be digital-oriented without a live audience at the matches. However, throughout the Championship, viewers of the broadcasts will get an unforgettable live experience ‒ in the spirit of past LoL esports events. Whether it’s the awakened elder dragon in 2017 or the hologram show from True Damage in 2019, Riot Games always strives to take streaming to the next level. And the new show will invariably follow that tradition.

The 2020 World Cup Final will be the first event to take place at Pudong Football Stadium. A newly built first-class arena that will also host the Asian Cup in 2023. Information on tickets and security protocols for attendees will become available later this summer if matches with the public are permitted under local event rules.

Thanks to the constant and confident support of fans in just ten years, LOL esports has gone from a small stage at Dreamhack to performing at the most prestigious venues in the world. This year’s motto is “It’s Our Time to Take Over!” is not about the future of esports, but about the future of sports in general.

Ticket details will be announced later this summer. The organizing company said it would use the strictest national and international regulations to ensure the safety of players, fans, and teams at Worlds 2020. The 2019 League of Legends World Championship was held in Europe. Berlin, Madrid, and Paris took over the three stages of the tournament. Its winner was FunPlus Phoenix, who beat G2 Esports in the decisive match with a score of 3-0.

The tournament attracted 24 teams from 13 regions, the prize fund of the championship was $ 2.2 million. The broadcast of the championship, which was conducted in 16 languages, was watched by 44 million people. Of the 24 teams participating in last year’s tournament, three were Chinese, and three were Korean. All this explains the choice of Shanghai as the venue for this year’s championship.